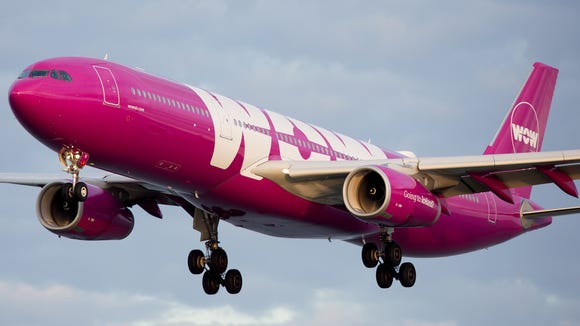 WOW Air has confirmed it is axing service to at least four more U.S. cities as it restructures amid a cash crunch.

“We have decided to stop serving Los Angeles, San Francisco, New York JFK and Dallas/Forth Worth, so they will not feature in our schedule for 2019,” WOW Air spokeswoman Svanhvít Fridriksdóttir said in a statement to USA TODAY’s Today in the Sky blog. “Having said that we will continue to serve our other destinations in North America.”

It remains to be seen if WOW will be able to do that. The Icelandic carrier says it will cut its fleet nearly in half, going from 20 planes to just 11 as it seeks to cut costs and raise cash. The fleet reduction has led to speculation about cuts to other U.S. destinations.

WOW made its latest downsizing move as it entered into talks with Indigo Partners to take an undisclosed stake in the carrier. Indigo has developed a successful niche in the budget airline space. It owns Frontier in the USA and has stakes in a number of other global discount carriers.

TODAY IN THE SKY: The art of the mileage run: Where airline miles make the trip

Even before that news broke, WOW had already said it would ax three other U.S. destinations. Its service to Cincinnati and Cleveland ended in the fall; St. Louis flights will be discontinued in January.

USA TODAY TRAVEL: Due to fly WOW Air next year? Your trip might be canceled

WOW Air also was to launch a new route to Vancouver, Canada, on June 6, but the flights are not currently listed for sale on the airline’s website.

“We will be making additional announcements early 2019,” Fridriksdóttir said to Today in the Sky in confirming the discontinuation of flights to Los Angeles, San Francisco, New York JFK and Dallas/Forth Worth.