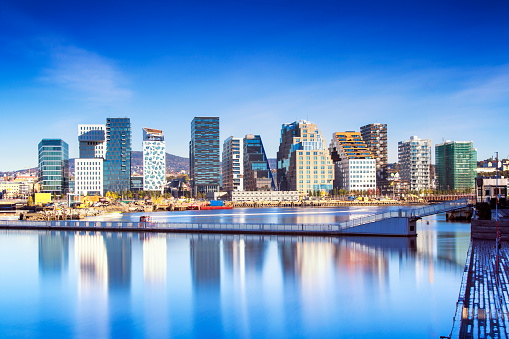 It may not feel like it sometimes, but London is actually one of the most sustainable cities in the world.

The city has come in sixth place in the latest Sustainable Cities Index which ranks 100 major conurbations on their sustainability and how they benefit their citizens.

London isn’t the only place in the UK to have made it onto the list – Edinburgh comes in 18th place.

Both cities scored well on the quality of their natural environments and quality of social infrastructure.

London did well on transport, health, WiFi and work-life balance but could improve on crime.

There was also praise for the number of electric cars in the city but criticism of the lack of charging points.

However, top spot in the survey went to Norwegian capital Oslo, which was praised for its green transport, leafy spaces and clean air.

European cities dominated the list with seven of the top 10 all receiving praise for their sustainable credentials.

Second place went to Stockholm, singled out for income equality and healthcare, while Tokyo won plaudits for low crime and decent transport systems.

Copenhagen and Berlin also follow close behind, in fourth and fifth place, respectively.

Most sustainable cities, according to Sustainable Cities Index: