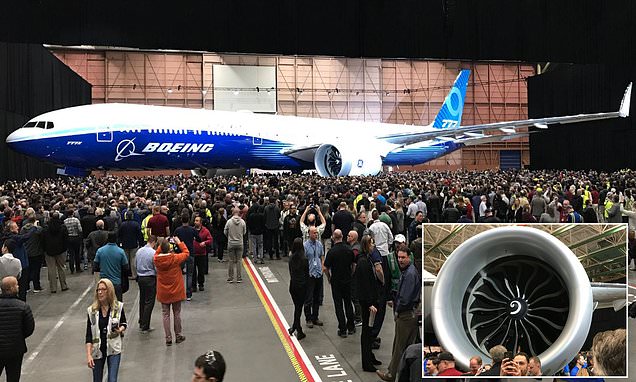 The aircraft had expected to be presented with much fanfare in a ceremonial debut at the plane manufacturer’s plant in Everett, near Seattle, on Wednesday.

But as a mark of respect for those who died in the Ethiopian Airlines 737 Max 8 crash, it was instead unveiled in a low-key event that was only attended by Boeing employees. 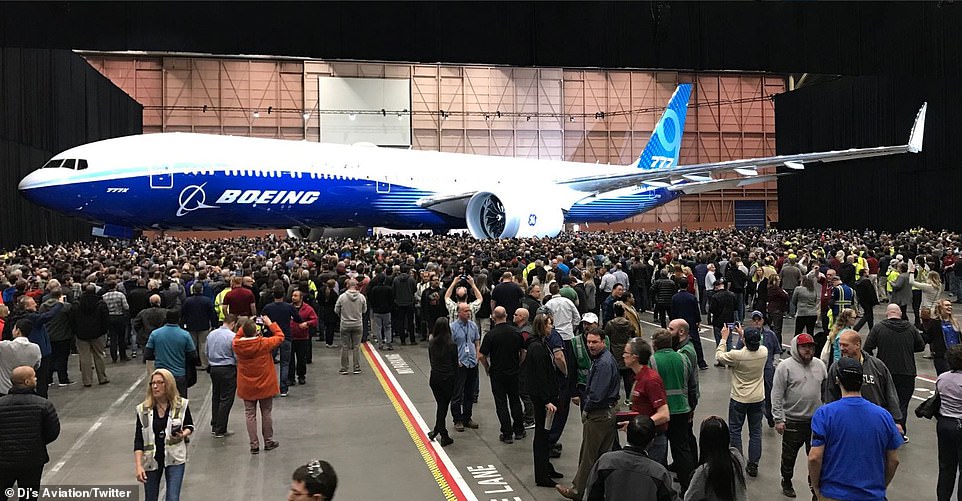 Boeing employees gather around the first fully assembled 777X aircraft at the plane manufacturer’s plant near Seattle. The jet was unveiled at a low key ceremony attended by Boeing staff only

Pictures posted to Twitter show the huge jet, which has foldable wing tips, inside a hangar at the Boeing plant surrounded by hundreds of people.

In one image, uploaded by the account Dj’s Aviation, Boeing staff can be seen snapping photos of it – and its enormous engines – on their phones.

The aircraft that was unveiled is a 777-9, the larger of two 777X models. It is expected to make its maiden test flight later in the spring.

Boeing claims that the 777X will be the largest and most efficient twin engine jet in the world, with 12 per cent lower fuel consumption and 10 per cent lower operating costs than the competition.

As well as the folding wing-tips – the 235ft wings are the biggest Boeing has ever made, over 30ft longer than the current model’s wingspan – it also has bigger windows and overhead bins compared to the current 777 and ‘advanced LED lighting’. 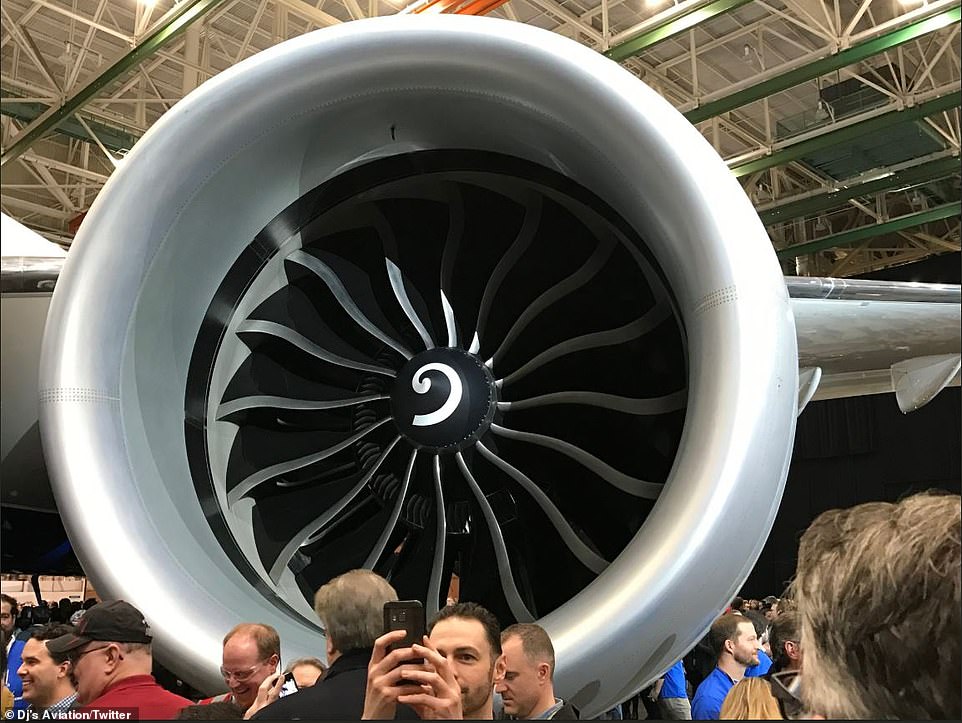 Staff were eager to snap pictures of the huge plane, which is the longest passenger plane in the world. It will make its maiden test flight in the spring

Deliveries to customers are expected to begin in 2020.

Last year, Boeing released a video and pictures of a ‘static’ 777X rolling off the production line at the Everett factory. 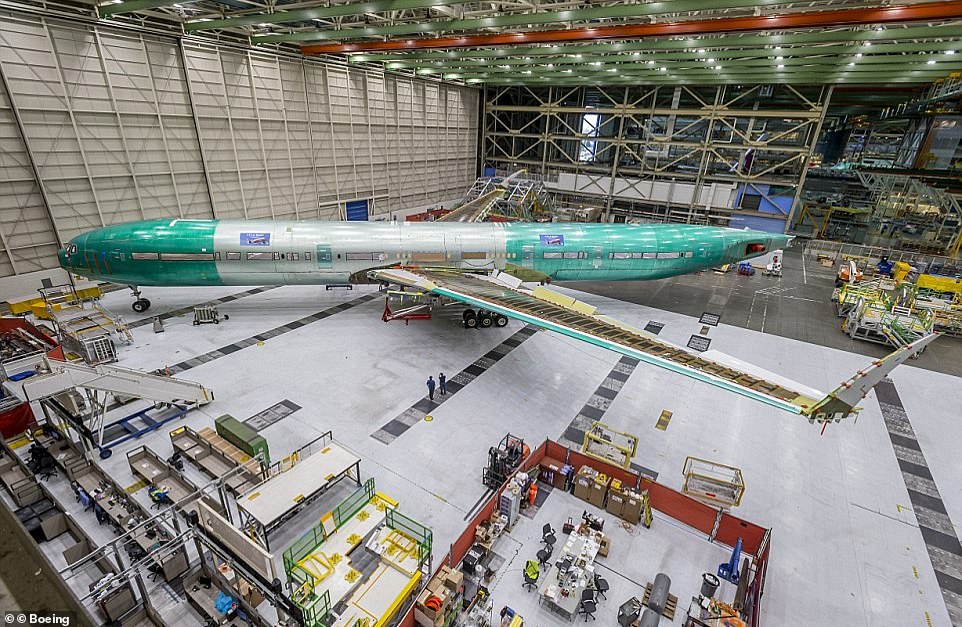 Last year, Boeing released a video and pictures of a ‘static’ 777X, pictured, rolling off the production line at the Everett factory. It was built for testing and is not destined for the skies