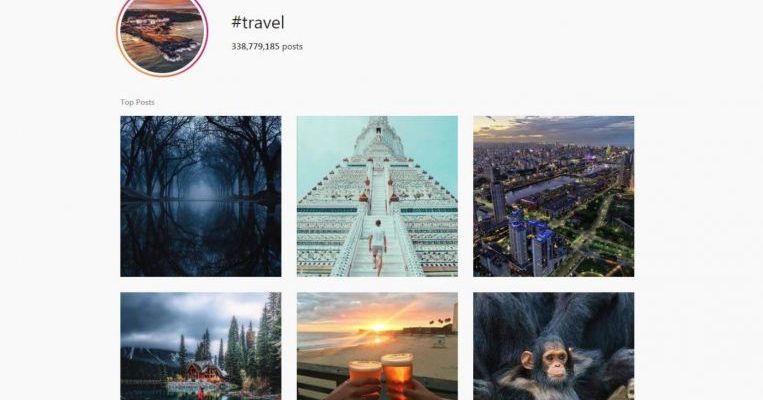 NEW YORK • On a moody August morning in British Columbia, two humpback whales swam beside the floating Great Bear Lodge, exciting guests who watched them feeding and lunging out of the water for fish.

Posted to Instagram, the video of the exuberant wildlife encounter went viral and the lodge’s following grew from 600 to nearly 50,000. Booking inquiries jumped by 1,350 per cent that week.

Such is the power of Instagram, the popular photo-driven social media platform, now with more than one billion users.

Harnessing it has become a quest in the travel industry, where pretty pictures are staple sales tools. It may be impossible to assemble whales on demand, but travel businesses are, otherwise, reconfiguring their look and the experiences they offer with visual posts in mind.

“Now you see airports, airlines, cruise ships, hotels and points of interest designing or redesigning their interiors to be Instagram-friendly.”

In the world of Instagram travel, the skies are always sunny, the seas calm (unless it is a wicked, big-wave surfing shot) and the vistas epic, leading sceptics to charge the platform with publishing fiction.

“Instagram is a modern magazine edited by the people of the world,” American hotelier Ian Schrager says.

Countering perfection, some handles rely on user-generated rather than commissioned photos or those from influencers who are getting free travel in return.

On its Instagram site, Switzerland Tourism uses only images posted by travellers.

“People should not have the feeling it is something they would never see in real life,” says Mr Paolo Lunardi, a spokesman for Swiss tourism.

Digital attention is driving real-life traffic. The Arlo NoMad in New York says it regularly sells out its most expensive room category, window-walled Sky View rooms, based on the popularity of photos featuring guests seemingly embedded in the skyline.

Travellers headed to Louisville in May for the Kentucky Derby may have to book earlier than before at the Brown Hotel, which sold out in December last year, the earliest in 16 years. The management credits the rush to its Instagram campaign.

In New England, Lark Hotels, including the Gilded in Newport, Rhode Island, challenge guests to post selfies at area attractions and tag the hotel to get US$30 (S$41) off their stay.

The Kimpton Everly Hotel in Los Angeles is running a programme until Nov 30 that encourages guests of the specially designed room 301 to creatively capture their stay by stocking the room with a camera, iPad, guest book and markers. Guests who agree to engage with the interactive features get 15 per cent off the room rate.

Social media has also driven overtourism. So much traffic to a crooked willow tree in New Zealand known by its hashtag #ThatWanakaTree has threatened its health, causing tourism officials to post a placard warning against climbing it.

Photo snappers have been faulted for rearranging restaurant tables or, in the case of Instagrammer @harimaolee recently, annoying other passengers by elaborately staging a portrait in an airline seat with strings of lights.

“You can’t blame Instagram, but it is a contributor to the narcissism we are seeing,” Mr Harteveldt says.

But if there seems to be a bit more whimsy in the world – like pink flamingo pool floaties or, at the JW Marriott Desert Springs in Nevada, a 4kg doughnut available on room-service – you can safely bet Instagram helped motivate it.