GOING on holiday can work out being seriously expensive.

Not only have you got the costs of the flights, the hotel and food, but many other expenses seem to appear when travelling – including paying to take a suitcase on the plane. 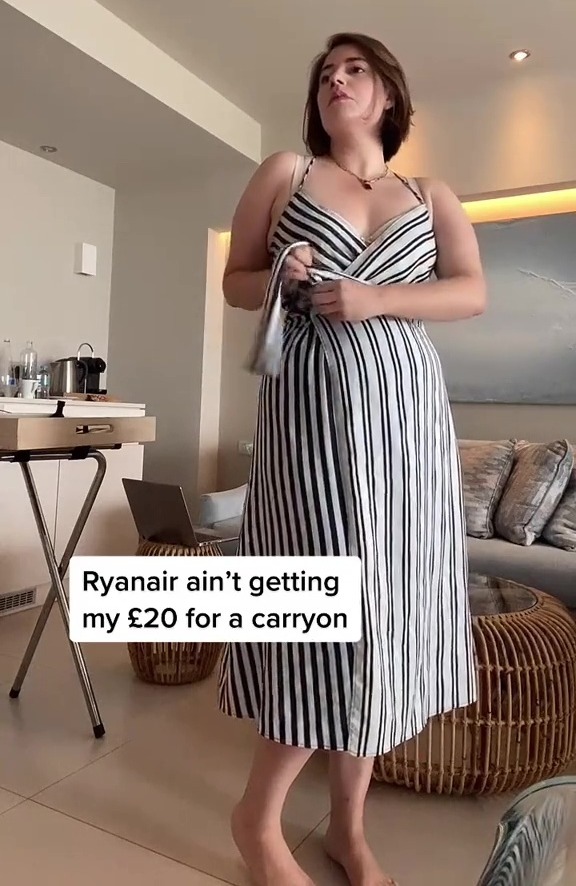 Well, one woman was fed up with paying £20 to take a small case on flights, so claims to have come up with a ‘hack’ to get around it.

The woman posted her ‘hack’ to her TikTok account ‘hendecachrome’.

She said: “I am my own personal item.

In the video we see the woman putting on layers and layers of clothes, which she would have put in her carry on case, but instead of paying has decided to wear them.

That’s a total of four outfits that she’s wearing.

And you can’t even tell.

The woman claims that she then wore these four outfits on the plane.

She recommends this hack if you don’t want to pay the extra cost to take a case on your flight.

Clearly her hack has impressed numerous people as it has racked up over 1.2 million views.

Many people commented on the ‘genius’ idea and said they would try it next time they went abroad.

Other TikTok users were quick to point out that surely she would be boiling hot on the airplane wearing four layers of clothing.

But many said that they do this all the time and recommend it to save money on the cost of a case.

One person said: “I’d sweat but this is genius.”

Another added: “I’ve done this. Took it off before I even boarded and stored it all in airport shopping bags.”

A third commented: “Yep. I once wore 7kg of stuff to avoid an excessive weight charge.” 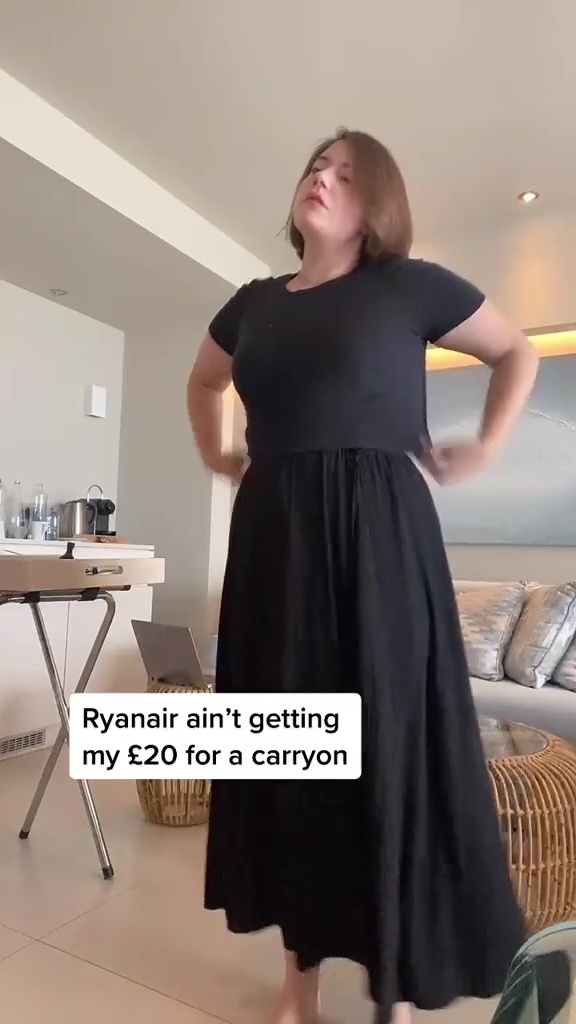 Meanwhile, how to tell if your hotel room has been cleaned properly – by checking the kettle.

Also, the largest cruise ship in the world with zip lines & pool bars launches next year – and it’s coming to Europe.