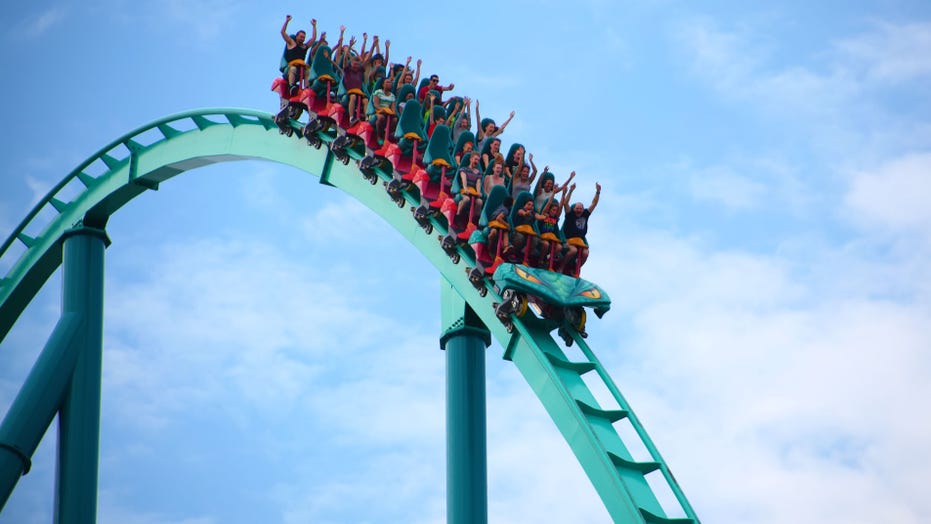 A malfunction on a roller coaster in Plainfield, Ill., sent a woman “flying,” according to witnesses.

Fortunately, the victim reportedly only suffered minor injuries after falling from the Iron Dragon roller coaster at the Plainfield Fest carnival. Local outlets reported that she was taken to a nearby hospital for treatment.

The incident occurred around 6 p.m. last Thursday, The Northwest Herald reports. The victim was a 45-year-old woman and she apparently fell 5 feet to the ground, landing on the asphalt below. After being taken to the hospital, the woman was reportedly released later the same night.

Authorities reportedly determined that the accident was caused by a broken track, NBC 5 reports. All of the other passengers were removed from the ride and no other injuries were reported to first responders.

Justin Williams claimed to be on the ride at the time and told The Northwest Herald, “We got one lap around, and on the second lap, things started to feel really unstable. It felt like we sloped inward and crashed down. To my left side, I saw a woman fly by me.”

According to Williams, his two daughters were “traumatized” by the incident and he had to be treated for “back spasms” at a nearby hospital.

Plainfield Fire Chief was reportedly at the carnival when the incident occurred. “It happened so fast,” he told The Northwest Herald. “We were 50 feet away; we heard a noise and saw her fall out.”

The incident is being investigated by the Illinois Department of Labor, Amusement Ride and Attraction Safety Division.

Representatives for the Plainfield Fest did not immediately respond to Fox News’ request for comment.