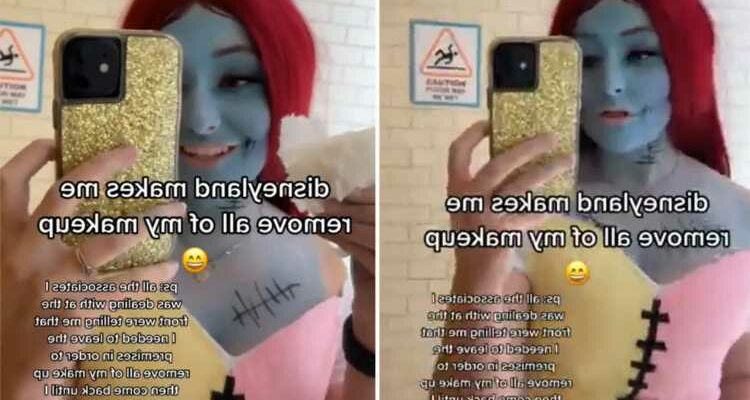 A DISNEY guest was left fuming after she was told she couldn't dress up during Halloween – despite fans saying she was in the wrong.

The woman revealed she was told to remove all of her Halloween make-up and clothing as it "wasn't the right night". 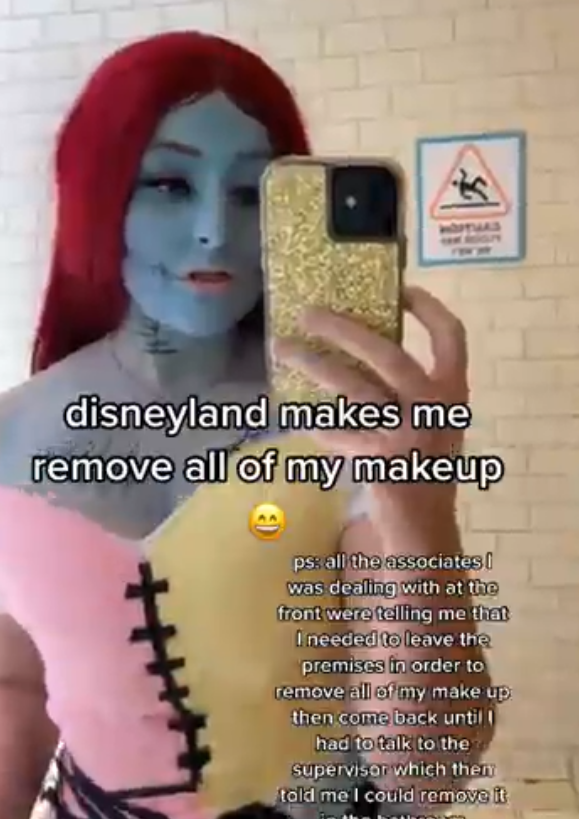 She explained in her TikTok video: “So apparently they only allow you to wear makeup on select nights, so now I have to take all of this off because it’s not one of their select nights.”

An image showed her extravagant makeup with her body painted completely blue and a red wig.

She added in the video that she was told she had to leave the park to take it all off, before a staff member said she would be allowed to do it in the bathroom.

The video has been liked more than 56,000 times, although TikTok users agreed with the park, saying that it had been a rule for a long time.

One person said: "This has always been a rule. Your make-up looks great but Disney has always had this rule."

Another person added: "Disney parks only allow adults to wear costumes during the Halloween parties."

Others understood her confusion: "Maybe you confused it with the Oogie Boogie Bash where you CAN wear makeup and costumes."

The rules on the Disney website explain that only children under 14 can dress up as characters, but not adults.

This is in place to prevent young children getting confused between guests and the Cast Members, and to keep them safe.

The website explains that "costumes and costume masks, which may not be worn by Guests 14 years of age or older," are not allowed, although exceptions include "specific Halloween and Christmas events" and "some outfits inspired by Star Wars."

Over the years, this has led to a new trend called Disney Bounding where adults dress up in outfits inspired by their favourite characters to get around the rules.

Adults can get a Disney princess makeover in the park, however – here is how. 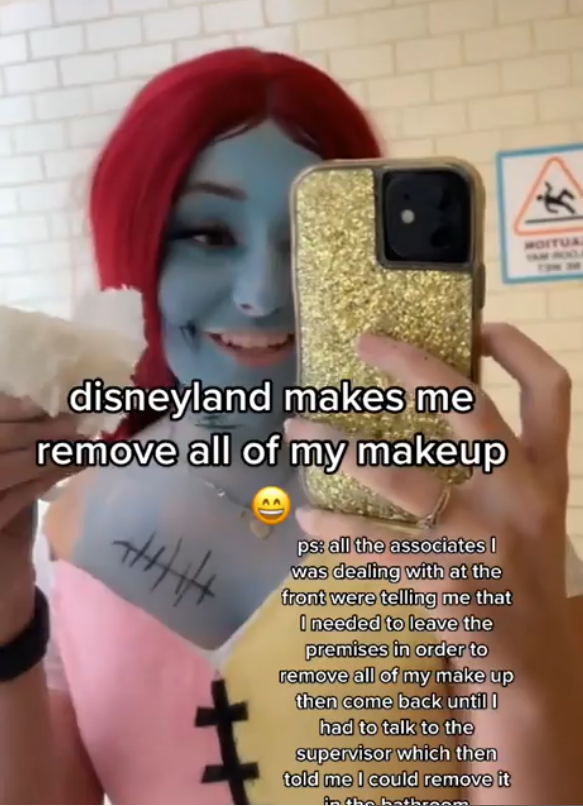