There’s a reason why seats on flights aren’t the comfiest – and it’s all to do with airlines making money. 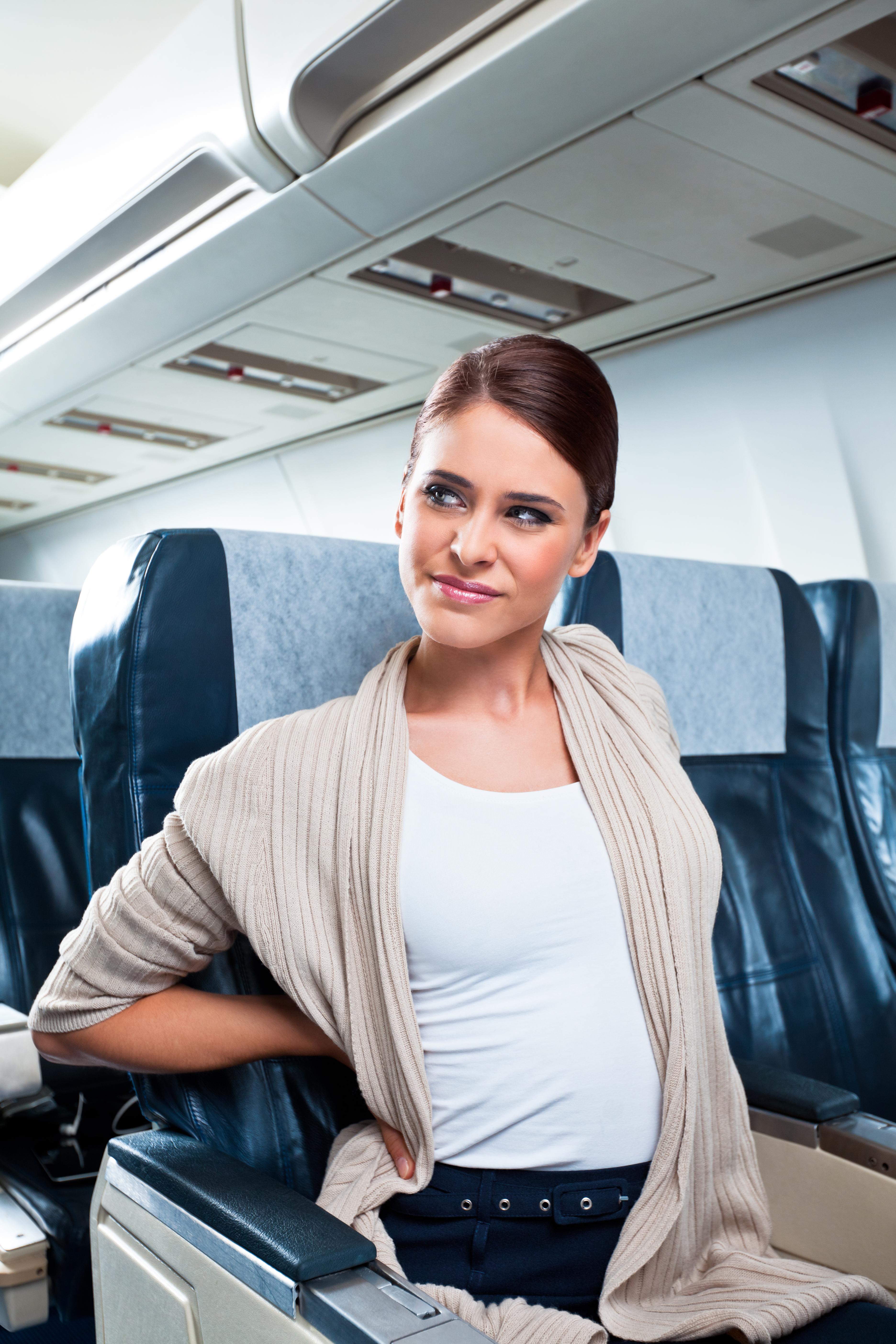 It’s not just that seats are getting smaller as airlines try to pack more and more people in – the seats themselves are designed in a certain way that means they’re often not very pleasant to sit on for long periods of time.

A Quora thread discusses the question of why seats are getting smaller – as well as giving passengers numb bums.

He wrote: “Seats need to be light enough to avoid higher fuel consumption." 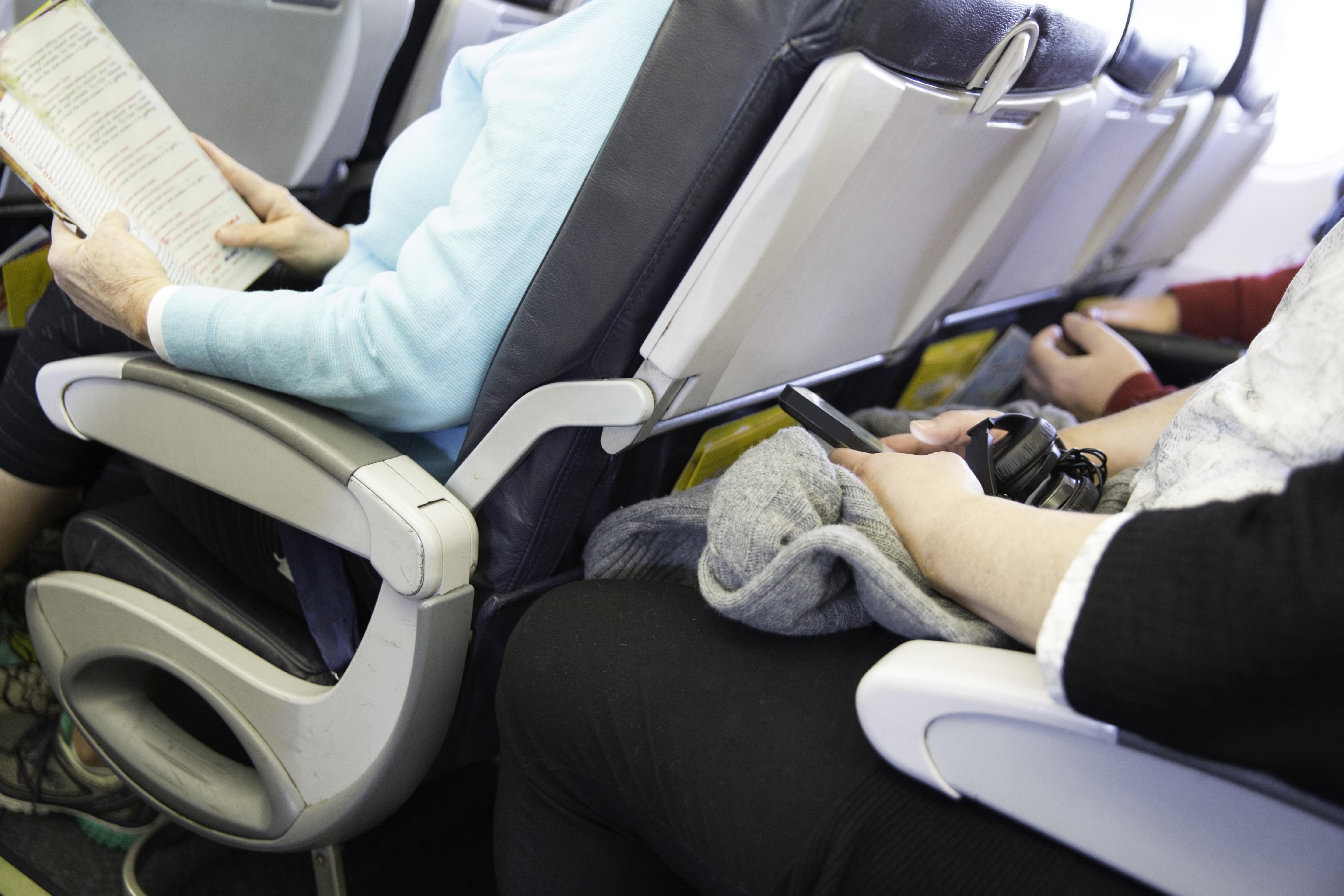 He continued: “Fuel accounts for 20-45 per cent of operating costs depending on the country an airline is based out of. Minimising fuel consumption, therefore, holds key to profits.”

In short, airlines design seats to weigh as little as is possible in order to fly planes more cheaply.

The Telegraph reports that airlines are so intent on saving money that in 1987 American Airlines “removed a single olive from each of its in-flight salads, reducing costs by a remarkable $40,000 (£30,000) a year.

“Olives are by no means hefty but when it comes to weight and subsequent fuel savings, airlines do not mess about.”

In a similar vein, Virgin Atlantic reduced weight on its planes by making its glassware thinner and removed heavy slate plates in upper class.

This saved the airline 14,000 gallons of fuel per year, a saving of tens of thousands of pounds. 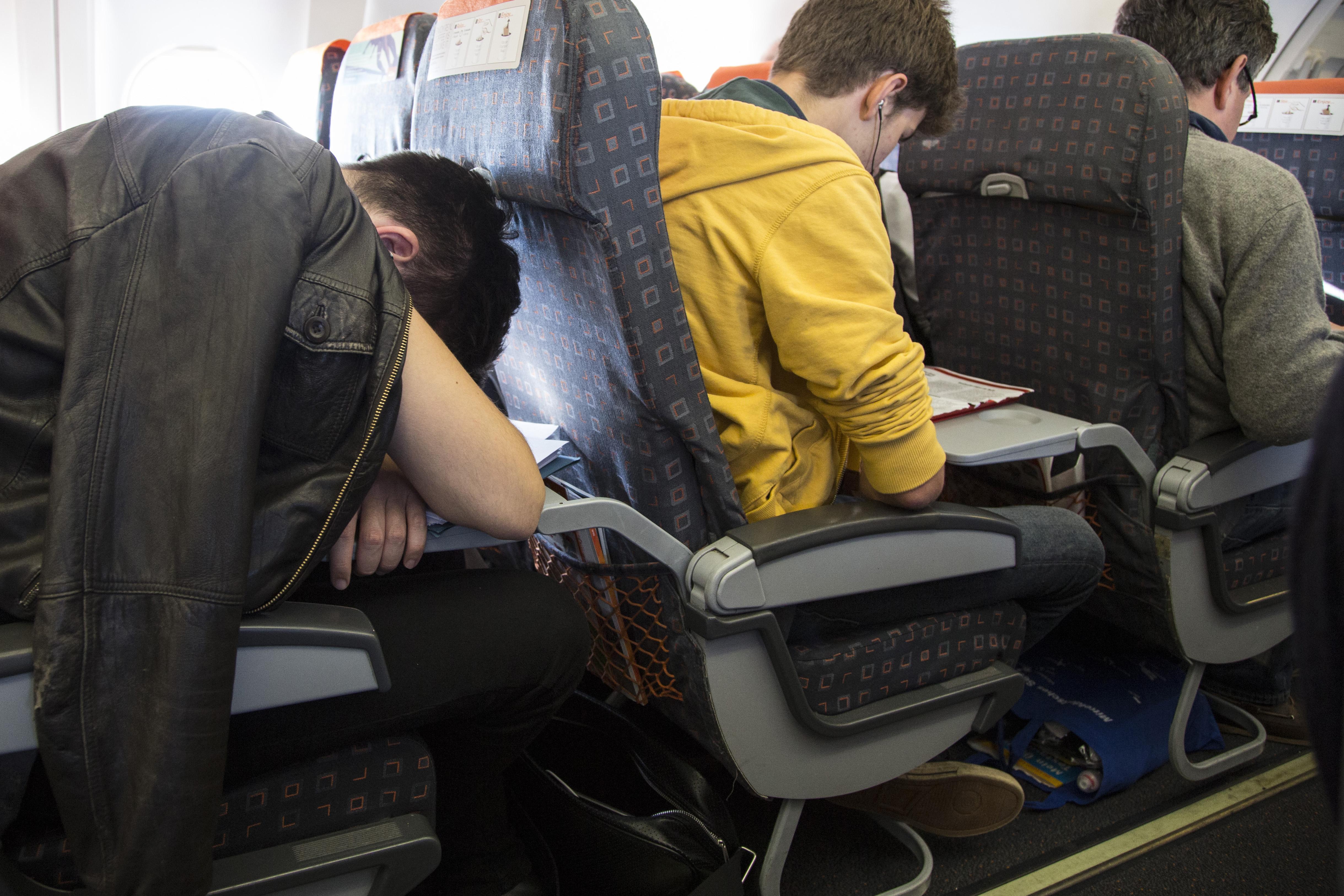 Meanwhile, Thomas Cook Airlines introduced lighter seats to its planes in 2014 to save money.

Varun also added that the seat pitch and seat width a passenger gets on a plane will influence their experience – seat pitch means the amount of legroom you get, while seat width is how much space you'll have from the person next to you.

British Airways’ economy seats on Boeing 777s shrunk by an inch earlier this year, for example – with the company squeezing in an extra one passenger per row in economy.

That has to have an influence on a passenger’s ease of relaxation throughout a flight.

Lee Bohlman explained that plane seats are designed to be both lightweight but also “strong and fire retardant”.

He wrote: “They usually have an aluminium frame with a type of urethane foam attached to it. Some seats have Kevlar in them to make them fire retardant with the leather on the outside of the seat." 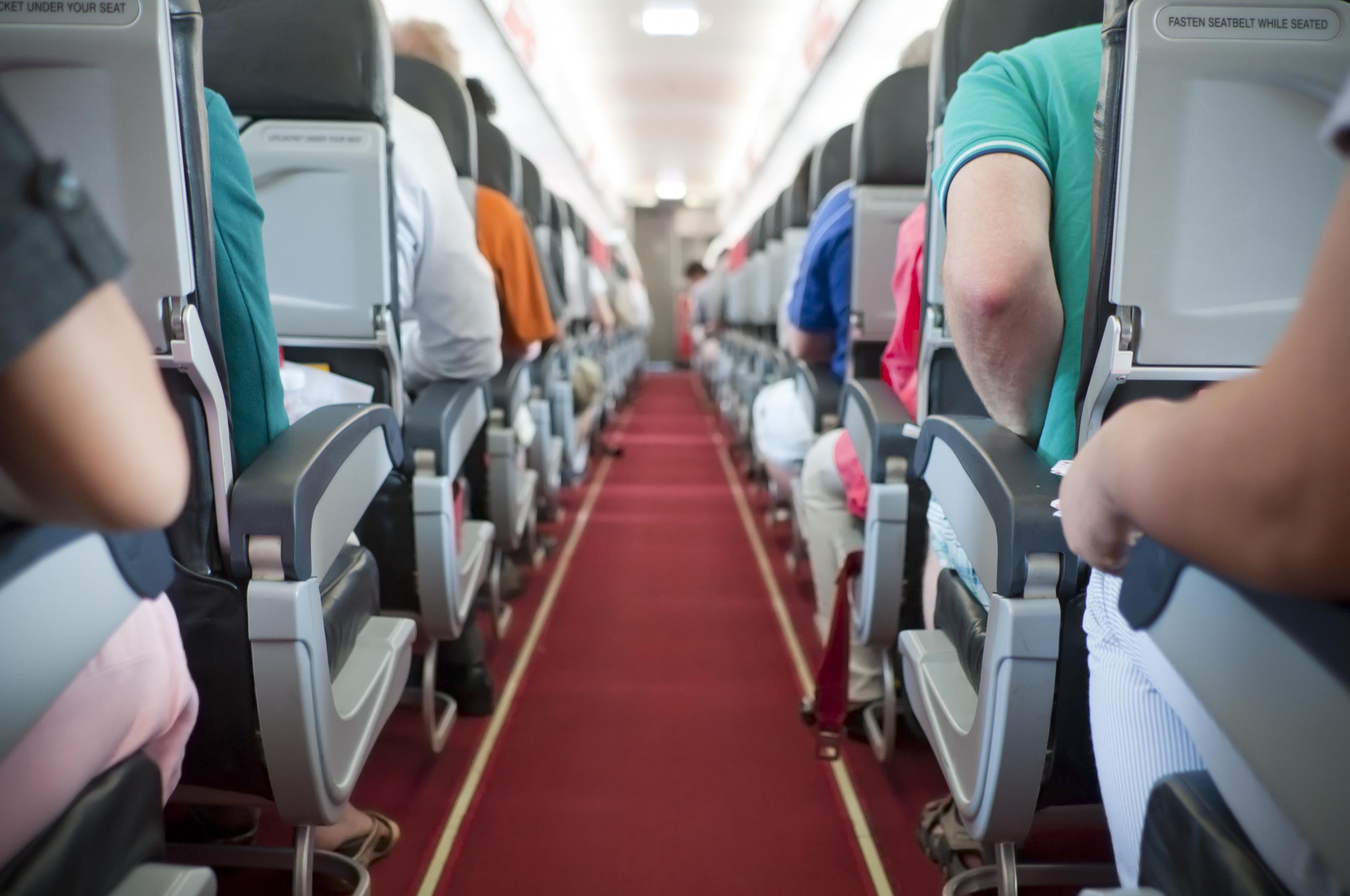 He continued: “Leather is used to make it look nicer, and it is much easier for them to clean up if there is a spill, etc.

“[That’s] not exactly what we are used to when sitting for long periods of times at home so we may not be used to [that] as well.”

So how can passengers combat a plane seat that’s quite frankly a pain in the butt (or neck, or back)? 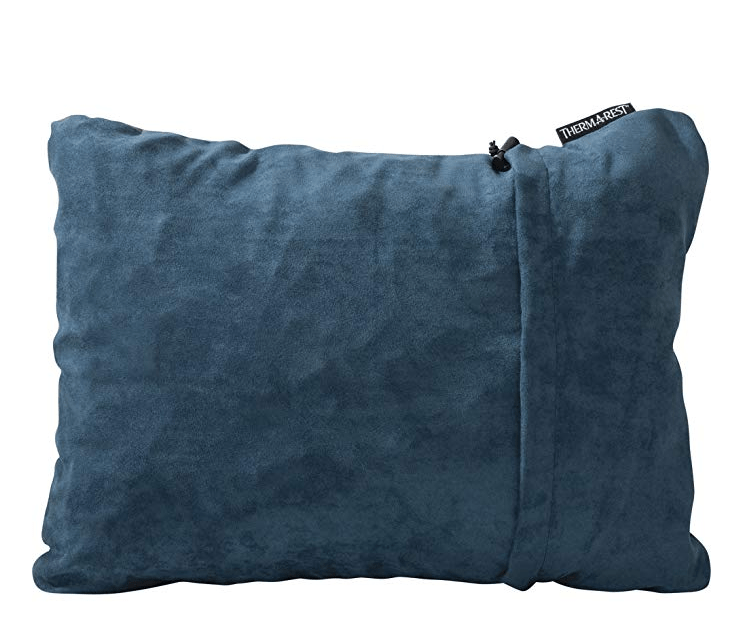 Bringing a travel pillow on board can make all the difference.

The Therm-a-Rest Compressible Pillow self-inflates and can be packed down into a carry-on bag when it’s not inflated.

It’s best when positioned behind the small of the back on a flight to give lumbar support. 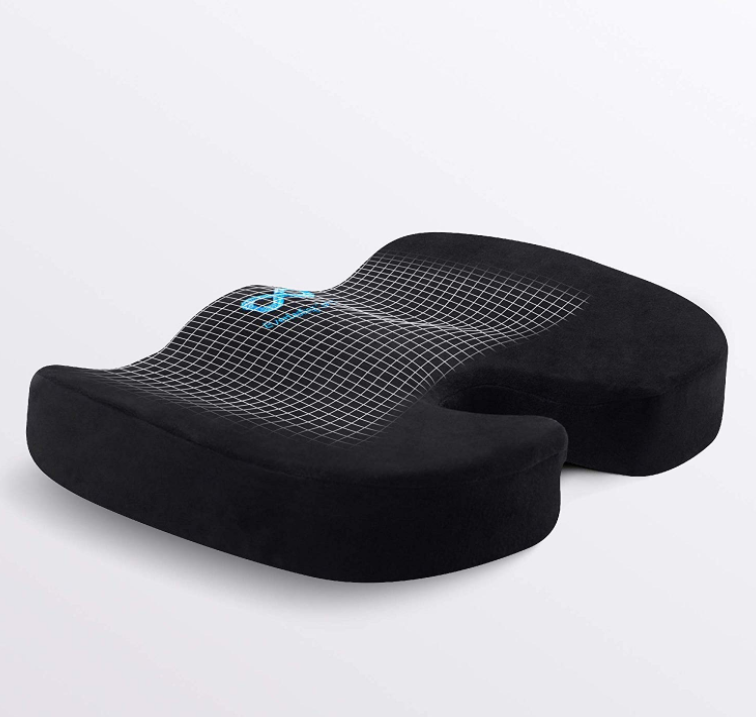 There's also the Everlasting Comfort memory foam seat cushion that can also be brought on in a carry-one bag.

It promises to relieve leg, back and tailbone pain and has a U-shaped design.

This could make the difference between a flight spent shifting about in discomfort the whole time – or not.

It’s also worth bearing in mind that with economy seats, you are getting what you pay for.

Quora user Alan Hall added: “Economy flyers get the worst seats, the blandest food, the noisiest cabins and guess what we expect that, because we also get the cheapest tickets.”

Sun Online Travel previously revealed that plane toilets are now so small that passengers on some flights can only wash one hand at a time.