With multiple wildfires burning across Northern and Southern California, red flag weather warnings could last into the week (and maybe even beyond that). Through the devastation and destruction, we can’t help but wonder: When is fire season over in California?

Up ahead, we take a closer look at California wildfires, including how they spread and when the fire season in California is over. 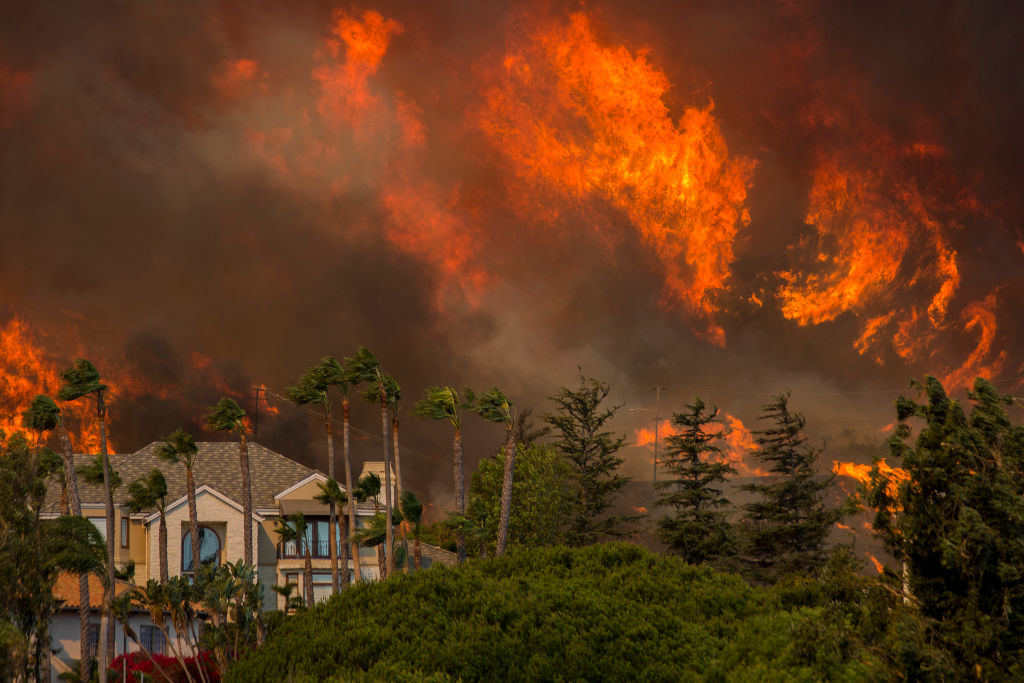 When is fire season in California?

In California, there are two specific fire seasons — one of which is caused by high temperatures and the other caused by Santa Ana winds. Wildfires caused by the summer heat can ignite anytime between June and September. Then, the Santa Ana fire season starts up in October and poses a threat to the Golden State until April.

While summer fires are serious and tend to last even longer than Santa Ana fires, they burn slower and are (for the most part) a lot less intense. Unfortunately, Santa Ana wildfires are a different story. The fires spread by gusty wind in October through April spread rapidly and, since the winds blow towards the ocean, they usually threaten more developed communities along the coastline, such as the Woolsey Fire in Los Angeles, California.

When is fire season over in California?

With two long fire seasons, California is at a high risk of wildfire almost every month of the year. However, fire season is over for only one month. That said, with changing weather patterns, it doesn’t mean California is safe from potential fire outbreak. Studies show that California wildfires typically don’t pose a threat in the month of May. However, one car fire or power line issue can change that.

California residents — especially those living near the wooded areas in Northern California and brush in Southern California — are on high alert of fire for most of the year, especially in the fall when the Santa Ana winds kick up and humidity levels drop down to lower numbers.

What causes California wildfires to spread?

In the fall season, California experiences gusts of wind — known as the Santa Ana winds — and ultra dry weather conditions that can cause California wildfires to spread at a rapid pace. In addition to weather, the conditions of the land could also play a part.