OK, I lied about the last bit — there is no way I was taking on the 155ft drop into a “black hole” that 60mph dive ’coaster Oblivion offers thrill-seekers at Italy’s Gardaland theme park. But there are plenty of other attractions to suit all the family — here and next door at its sister attraction, Gardaland Sea Life.

With the resort set on the edges of the beautiful Lake Garda, offering beaches, biking, boat trips and ­picture-perfect villages to explore, there is lots to see and do nearby.

The sprawling theme park was built in 1975 by a group of local entrepreneurs, but was taken over by the British firm Merlin 12 years ago.

Big hits with us were the 104ft Raptor (think Thorpe Park’s smooth but exhilarating Swarm), crazy corkscrewing ’coaster Shaman, manic mine train Mammut and 50mph inverted ’coaster Blue Tornado, which twisted like a piece of spaghetti, according to Lottie, 13. 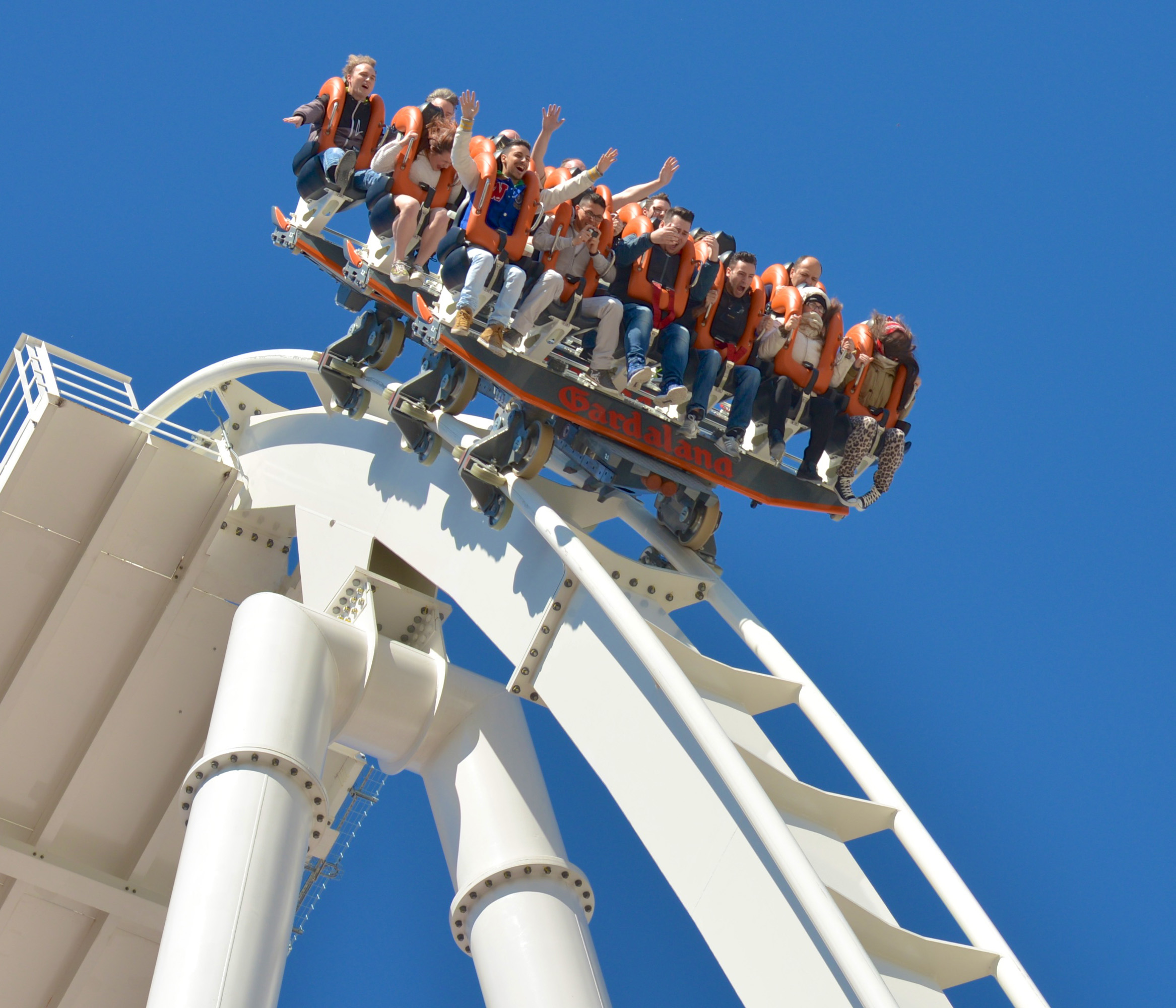 Jungle Rapids left us giggling and my husband Pete’s feet dripping — karma after he laughed when a wave soaked mine — and the Escape From Atlantis water ride was superbly scenic.

There is plenty for pre-schoolers too, in three areas featuring rides and attractions: Kung Fu Panda Academy, Fantasy Kingdom and the newly-opened Peppa Pig Land.

For a break from the rides, stage show Broadway, featuring live ­performances from hit musicals like Mamma Mia!, had us singing along in the park’s 1,300-seat theatre.

We even enjoyed a brief show as we dined, looking down on to prancing pirates from the ship-set restaurant Locanda del Corsearo Nero. It’s one of more than 30 ­places to eat — including gluten-free and vegan kiosks. 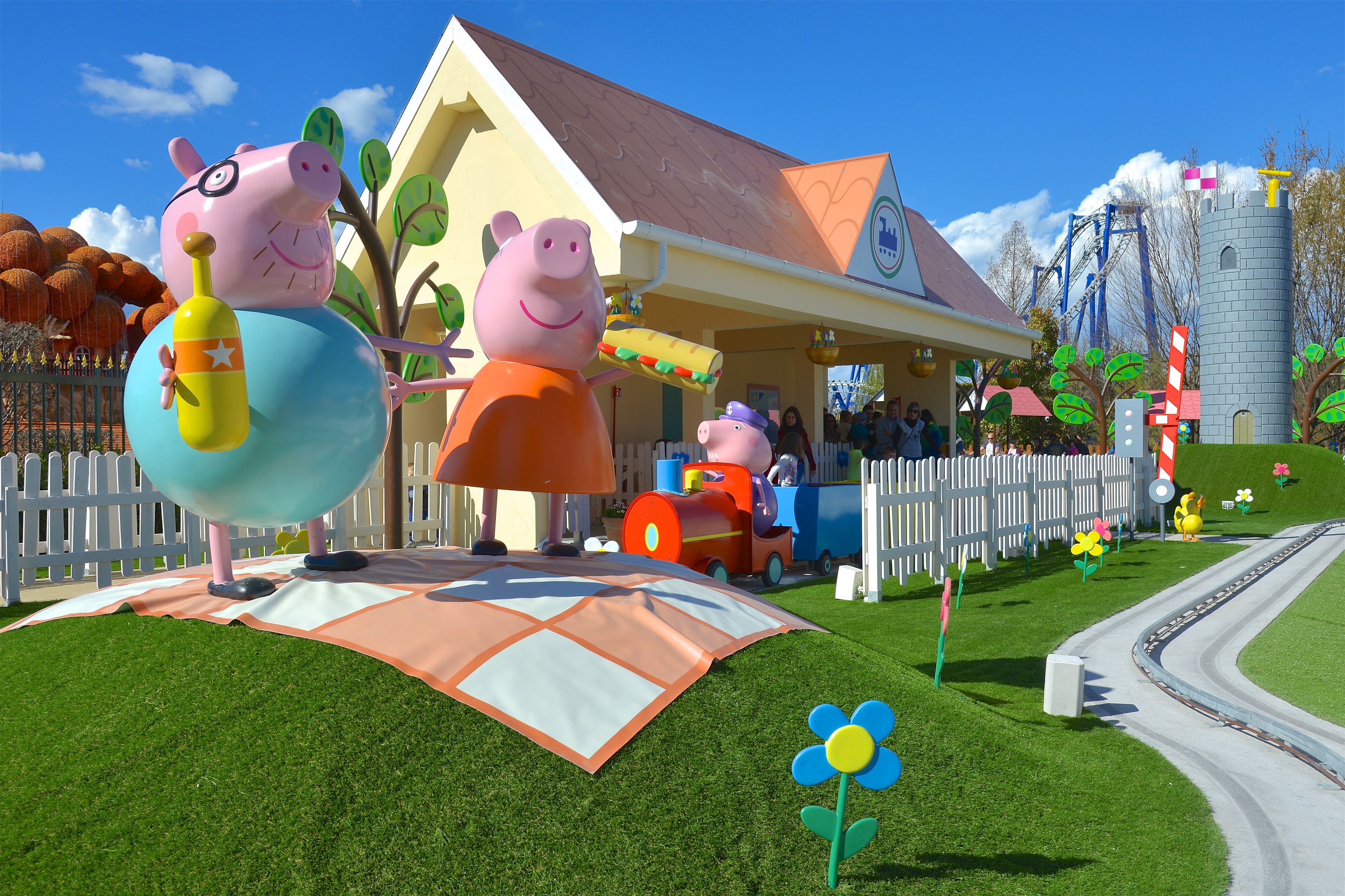 Immersing yourself in the Sea Life centre is easy. It has a viewing ­tunnel where sharks, rays and other tropical creatures glide around.

Its 42 tanks are home to 5,000 aquatic wonders, including sea lions.

We were staying at the park’s nearby 4H Gardaland Adventure Hotel, in an Arctic suite, featuring polar bears peeking into the kids’ igloo sleeping area, mammoths prowling, and icicles hanging from our explorers’ hut-style headboard.

It’s one of four nicely thought-out themes at the 100-room hotel, which also offers Jungle, Wild West and Arabian styles. 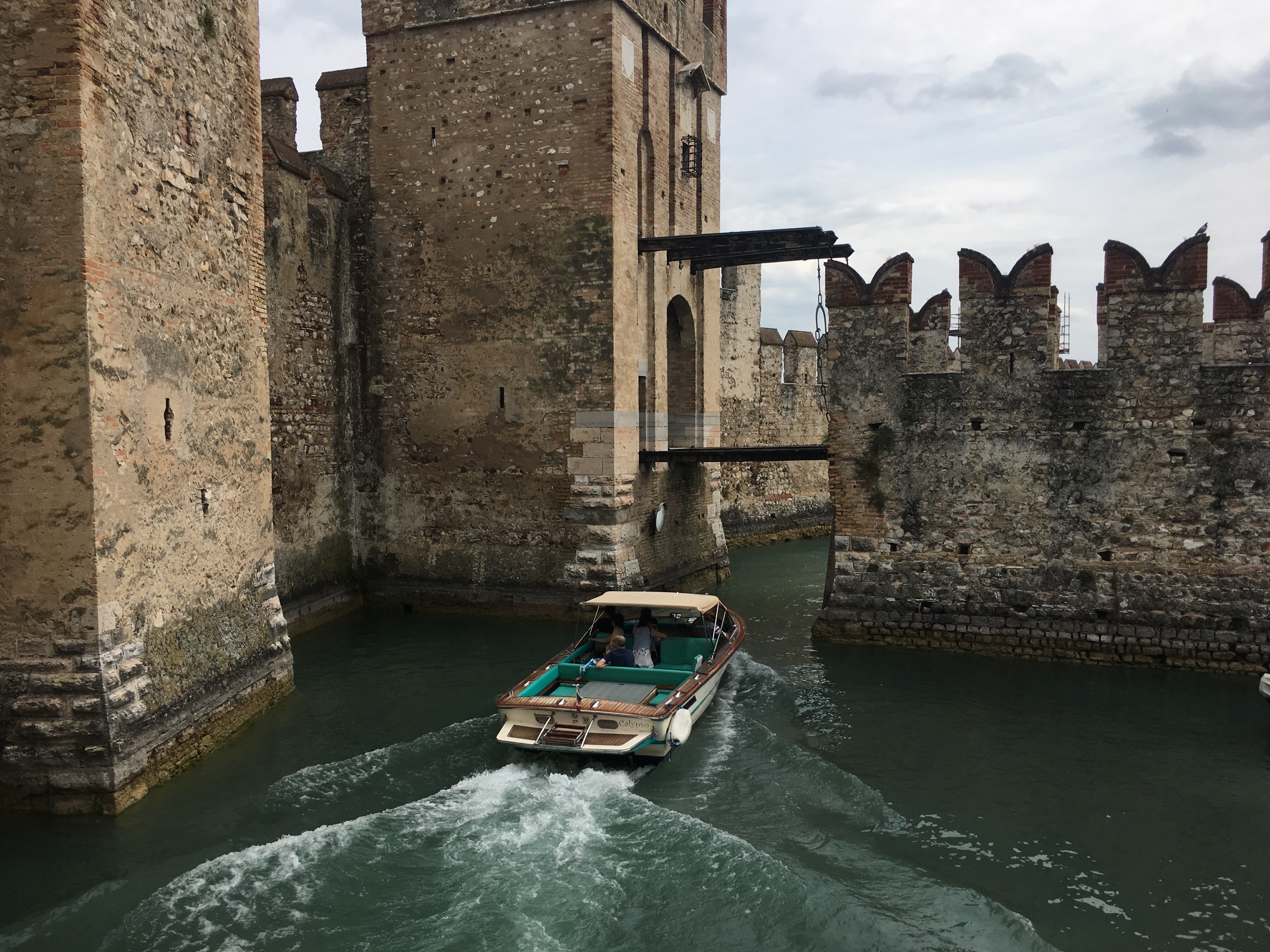 There are further themed suites at the neighbouring 247-room Gardaland Hotel and this year there will be even more choice with the launch of the resort’s third 4H hotel.

The £18million, 128-room Gardaland Magic Hotel opens its doors on May 31 and will ­feature Enchanted Forest, Magic Ice Castle and Wizard House themes.

We managed to tear Tom, 15, and Lottie, away from the park and headed off to Lake Garda.

Majestic mountains of its northern area give way to the plains in the south, with passenger ferries criss-crossing the lake and a cable car hoisting passengers from Malcesine to Tratto Spino, 5,775ft up in the Monte Baldo mountain range. 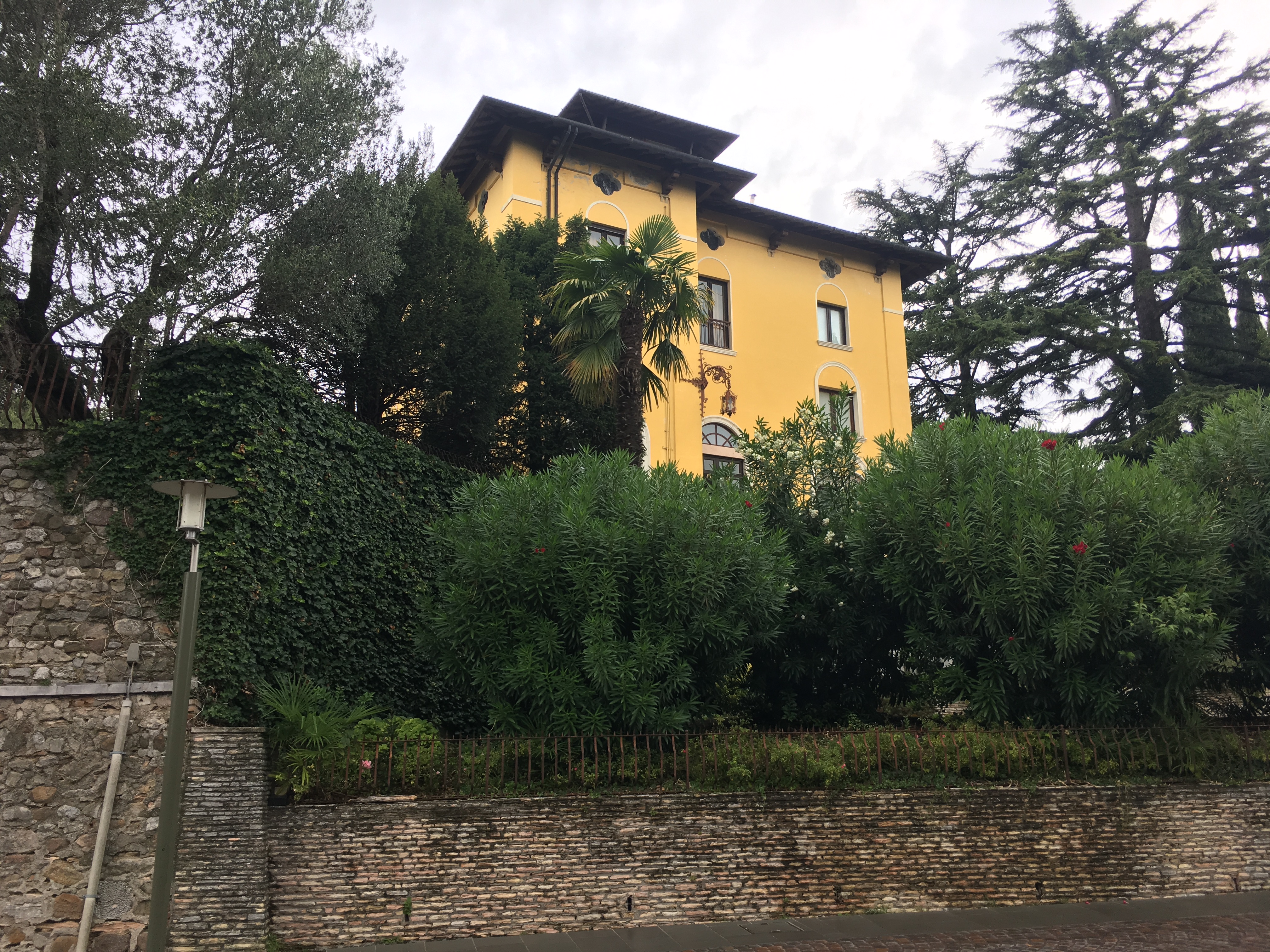 On the tip of a peninsula in the south sits historic town Sirmione.

You enter via a bridge and medieval archway, under the gaze of the imposing castle Rocca Scaligera, built by the Della Scala family that ruled Verona in the 13th Century.

Its narrow streets house tiny shops as well as thermal spas and ancient churches. Cast back further in time and at Sirmione’s tip sits Grotte di Catullo, the ruins of a Roman villa, its on-site museum housing artefacts found during the site’s excavation.

Each year the village holds a festival in honour of the tortellini for which it has become so well known, the bridge hosting 4,000 diners seat­ed on two 1,968ft tables along its length.

After a delicious traditional five-course menu at nearby restaurant Trattoria Al Fornello it was back to the park — now strikingly illuminated, its extended summer hours see it open 10am to 11pm daily.

Maybe Oblivion’s drop won’t be quite so terrifying at night.

GETTING THERE: There are flights to Verona – 19 miles from Lake Garda and the theme park – from UK airports with easyJet, jet2holidays and TUI with fares from £44pp one way in March.

STAYING THERE: New 4H Gardaland Magic Hotel will offer a package from £387 per night for two adults and one child aged three to 12 years.

It includes one night’s stay in a themed room, breakfast, entry to Park and Gardaland Sea Life Aquarium. See gardaland.it/en or call 0039 045 6404000.