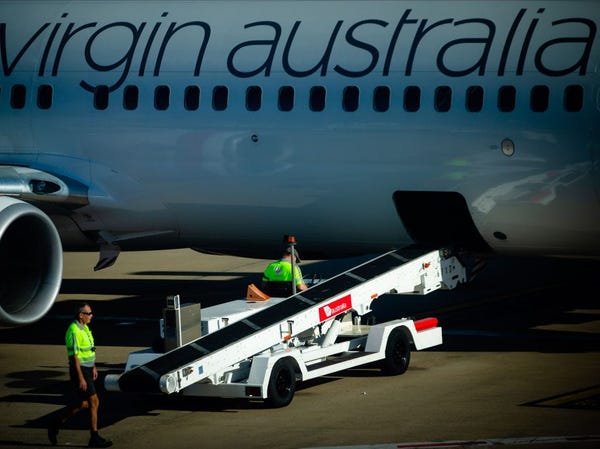 The CEO of Virgin Australia has hit back at the flight-free movement, claiming that those who are happy to "flight shame" should be doing the same thing with burgers.

Paul Scurrah claimed, "You don't see people burger shaming, but you do see people plane shaming," while speaking on a panel at the AFR National Infrastructure Summit, reports news.com.au.

He was referring to the "flygskam" movement that first originated in Sweden, with adherents saying that taking a flight should be something to feel a little ashamed of, rather than something to brag about, due to the carbon emissions produced by flying.

Since the movement started, domestic air travel in Sweden has decreased by 10%, while train travel has gone up.

Aviation accounts for around 2% of all global CO2 emissions, while meat production is thought to contribute a much higher percentage.

Around a quarter of all greenhouse gas emissions come from food production, of which 52% is produced by livestock farming and fisheries (including land and animal feed), according to Our World in Data.

Thunberg is already vegan, while her mother is "90% of the way there," according to PETA.

Scurrah claimed that, although the aviation industry is increasingly getting greener, it still struggles to communicate improvements to travelers.

"As a sector it is important we reduce our unit emissions and we have in the pipeline a greener way of doing offsetting and more biofuels," he said.

"So there is a lot happening, but we're just not doing a good a job of selling that."

Australia's borders are still closed to nearly all inbound and outbound travel, and the country is unlikely to open its borders for international travel until the end of 2021, the country's government has confirmed.

The rule applies both ways, meaning Australians will be largely unable to travel overseas, while tourists will be unable to enter Australia.

Josh Frydenberg, the Treasurer, confirmed the decision to wait until a vaccine is available after handing down the Federal Budget, reports news.com.au.

He said: "International travel, including by tourists and international students, is assumed to remain largely closed off until late next year and then gradually return over time, and a vaccine to be available around the end of 2021 is one of the assumptions in the budget.

"We have taken every step possible to give Australia the best possible chance of getting a vaccine."

The country's domestic borders are expected to open earlier to allow travel within Australia.

In most cases, restrictions are expected to lift by December this year; however, Western Australia will not reopen its border until April 2021.