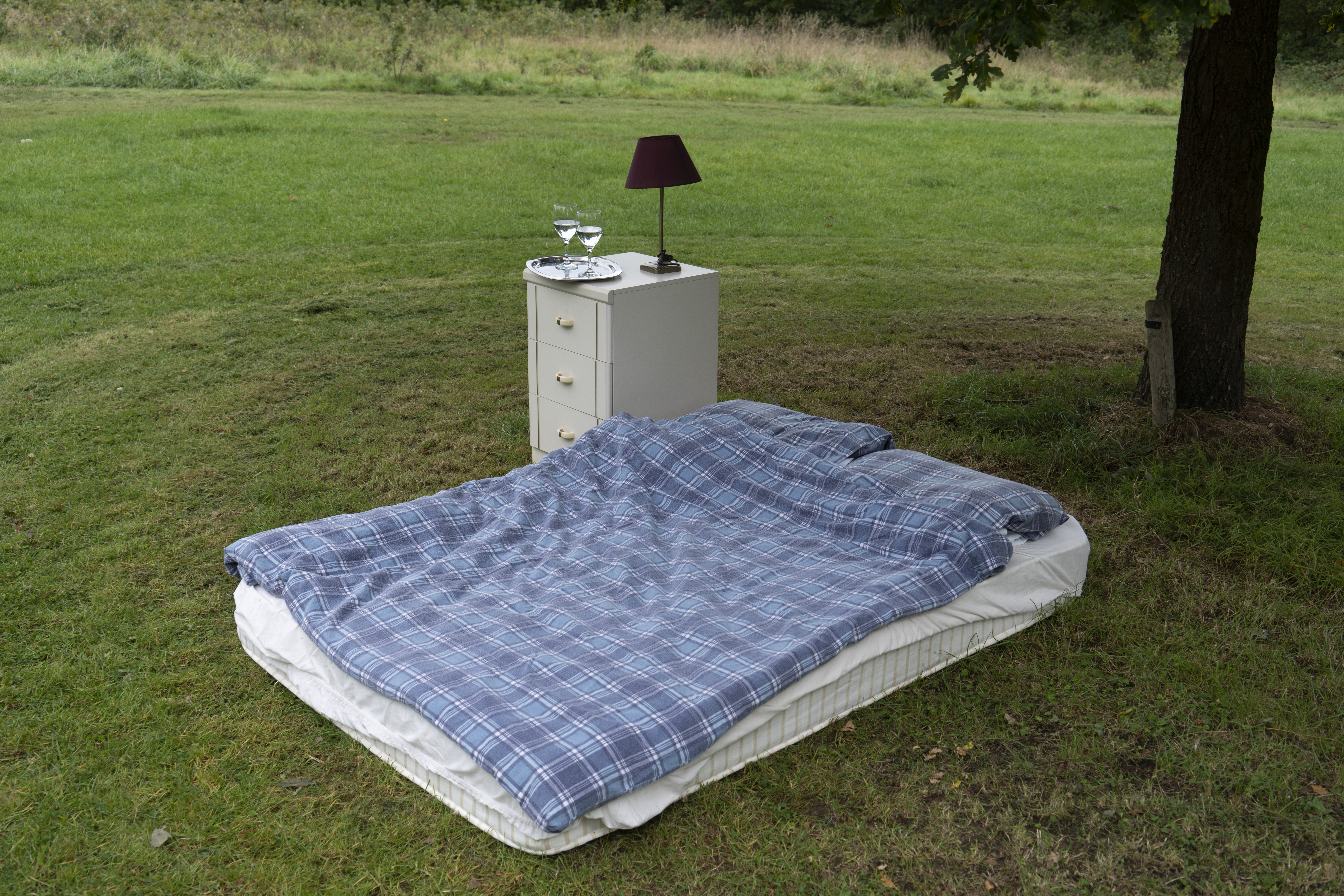 They set out to create the 'Worlds worst' Airbnb, that consisted of a mattress and a bedside table – with a lamp and two glasses of water – in the middle of a field in north London.

To their surprise, they received a remarkable amount of interest upon listing the 'property' on Airbnb and, had they taken the punters' money, would have turned a profit.

Rhys Simmons, co founder of 'Passion Squad', from Enfield, said: "Myself and some mates came together to create the worst Airbnb ever seen.

"We gathered together a load of items we found on FB for free to assemble a terrible Airbnb experience. 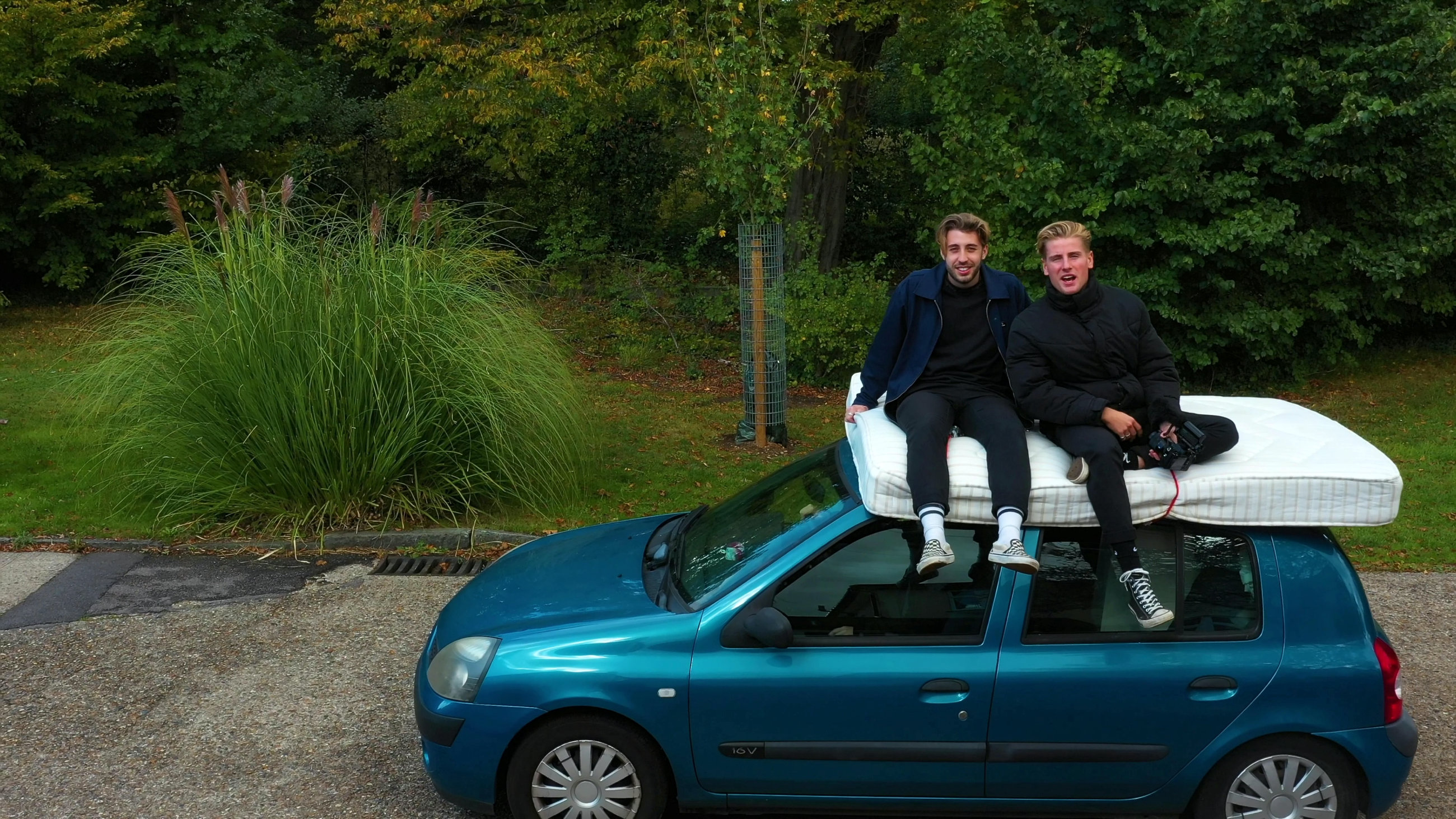 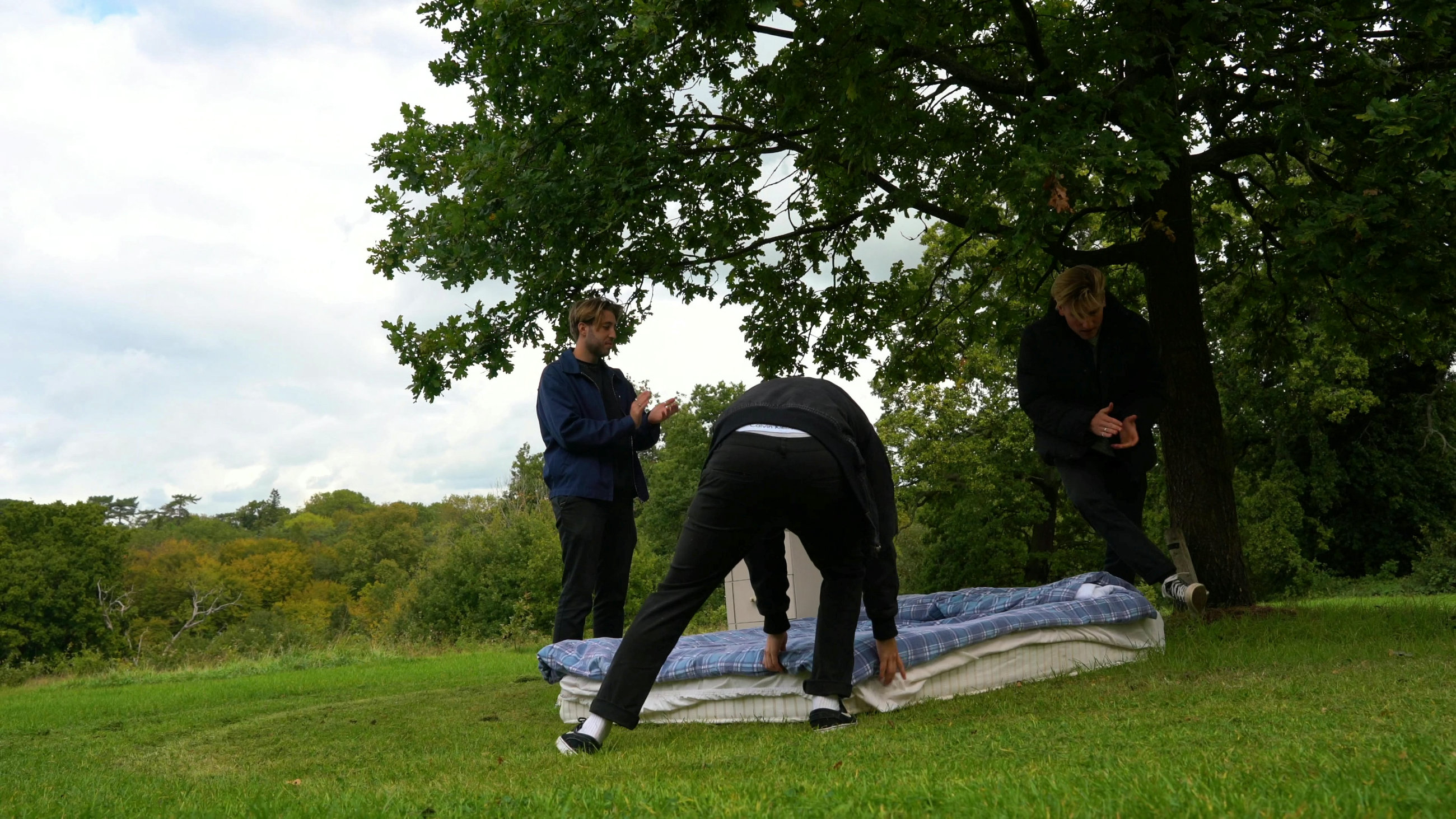 "But to our surprise when we uploaded this thing on to Airbnb, we had an insane amount of interest for people to come and stay within our establishment.

"We were not pleased with the price of our last Airbnb stay, so we decided to take it upon ourselves to make our own.

"It led us to create what is almost definitely the worst Airbnb ever created.

"This was an insane accomplishment. To create the worst Airbnb in the world and then get a crazy amount of requests to stay is something that we will never forget. 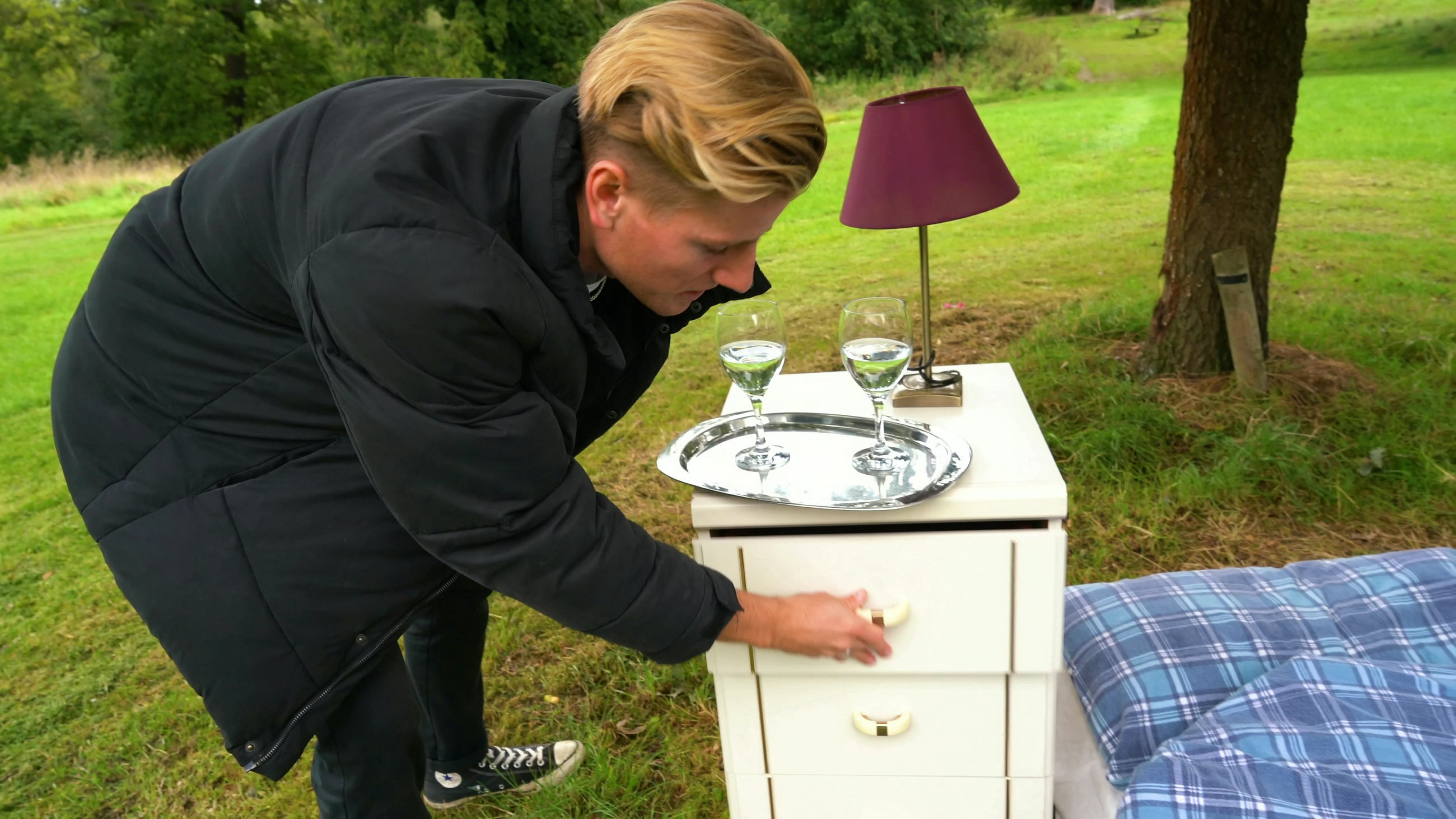 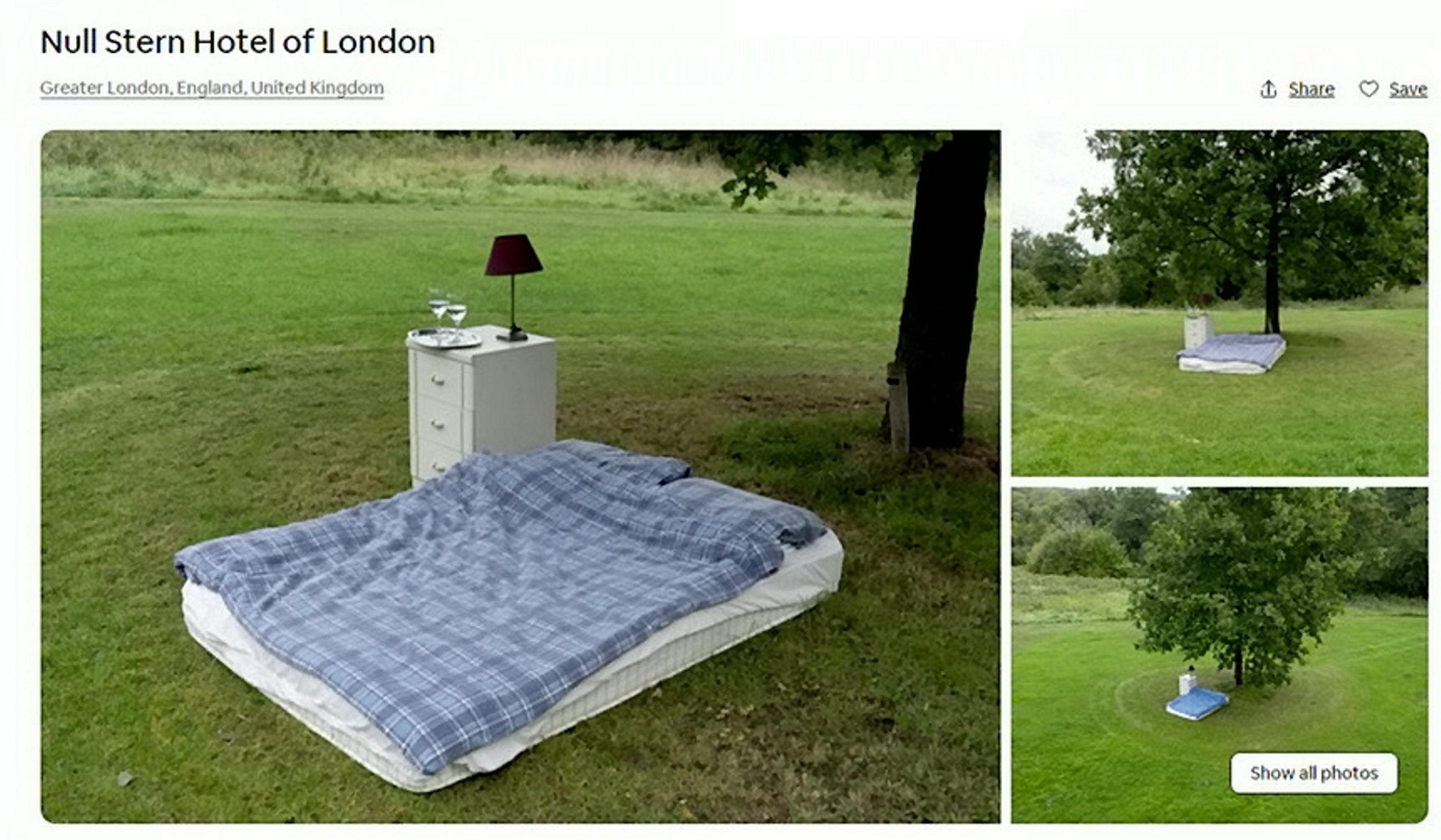 "You never know, we may have to open this thing up for full-time business."

The prank is similar to a man's successful efforts to get his garden shed ranked as London's top-rated restaurant on TripAdvisor.

In 2017, Oobah Butler, 26, made a website for The Shed in Dulwich, south London, and marketed it as an exclusive appointment-only eatery before he and his mates submitted more than 80 five-star fake reviews to TripAdvisor.

He enlisted a photographer to snap photos of the restaurant's "food" – including close-ups of dishes made from shaving foam and bleach.

In one snap he even used his foot as a backdrop for a fancy-looking egg dish.

Despite having never served a customer, The Shed climbed to number one which led to Mr Butler fending off hundreds of calls and emails from diners desperate to eat there.