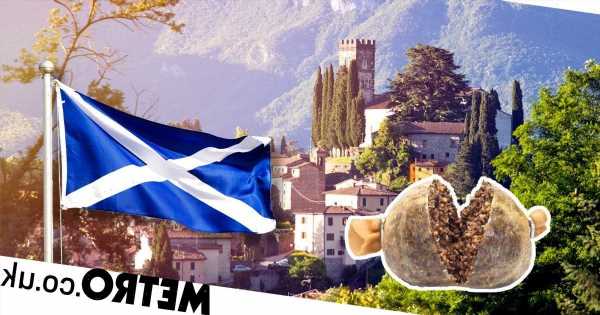 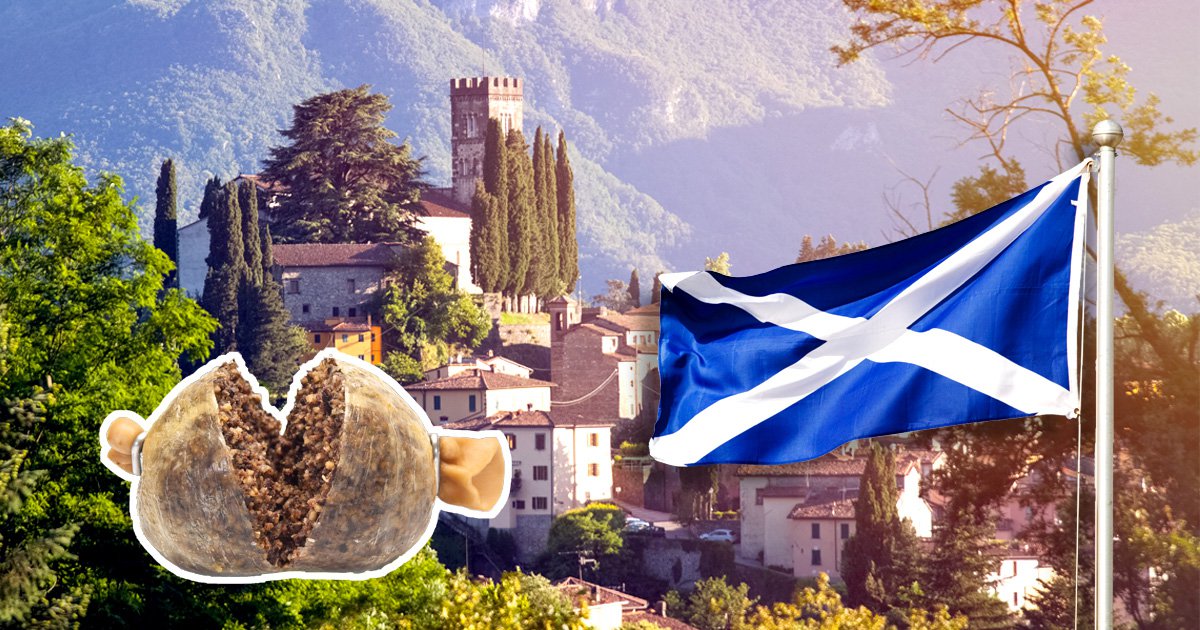 ‘I’m really worried I won’t get the ingredients for this dinner in time,’ frets Adele Pierotti, who runs the Villa Gherardi guesthouse located just outside the old walls of the pretty medieval town of Barga – two hours from Florence.

Every January, she hosts a meal for her fellow townsfolk but it’s not pasta or pizza she’s concerned about, it’s a fresh Scottish haggis, which will form the centrepiece of her annual Burns supper.

‘Ours is driven here directly from Scotland,’ she says, ‘and I’m really worried Brexit will hold things up…’

The first clue Barga is different from any other small town in Tuscany, or indeed Italy, is Adele’s accent. Broader than Nicola Sturgeon’s, it’s apparent the moment she greets me and starts recounting her adopted home’s history.

Her great-grandfather was from Barga but left in the late 19th century for the UK, where employment prospects were much better. Initially he found work as a coal miner in Wishaw before moving to Glasgow and opening a fish and chip restaurant.

An influx of Italian immigrants followed and by the 1950s, many Barga citizens were making a new life in Scotland.

‘All my side of the family are still in Scotland,’ says Adele, who was born and raised in Glasgow but spent every summer holiday in Barga with her parents.

She met her Barga-born husband, Riccardo, in Glasgow – after setting up their own restaurant and they eventually moved to Italy.

‘I had to learn to speak Italian,’ she confesses, ‘as even though my parents are Italian, they never spoke it at home because they wanted to integrate.’

Adele’s son, Stefano, is proud of his dual heritage and plays for an amateur football team, the Gatti Randagi (Stray Cats), which has links with Celtic FC.

‘A few years ago we went over to play a match with them,’ he says.

‘We’ve even got our own kilts, designed in Celtic’s green and white hoops.’

About 70% of the town’s population of 10,000 has connections with Scotland, confirms Barga’s mayor, Caterina Campini, who I meet later.

After leaving Barga, people formed communities of their own, opening restaurants and ice-cream parlours but maintaining ties with their families here. Some eventually moved back, having made good money.

‘We’re known as the most Scottish town in Italy,’ she says.

‘We hold a Scottish Week every September, with bagpipe-playing and Scottish country dancing, an annual fish and chips festival and we even have an official Italian tartan.’

Ten years ago, the local council contacted several Scottish cities to strengthen connections and the previous mayor successfully petitioned Ryanair to start operating flights between Glasgow and nearby Pisa for a spell.

For those who miss Scottish delicacies such as Scott’s oats, McVitie’s digestives and, of course, Irn-Bru, La Bottega del Pane is their go-to.

The shop is run by Sonia Ercolini, another Glaswegian transplant, who moved to Barga in the 1990s after falling in love with the sunshine and good food on family visits.

‘Cadbury’s chocolate, scone mix and jelly babies,’ she says. ‘[Singer] Paolo Nutini has been in – his family are from here so we often see him.’

And what do the younger generation here make of Irn-Bru?

Last word goes to Adele, who now has to put her haggis in the hands of the gods. What does she miss most about Scotland?

‘The humour!’ she says. ‘But if you squint, those mountains you see from my terrace look like the Highlands. And that makes me feel at home.’

Flights from London to Florence from £52 one-way, ba.com; rooms at the Renaissance Tuscany Il Ciocco Resort & Spa from £143pn, marriott.com.
For more information, go to visitbarga.com