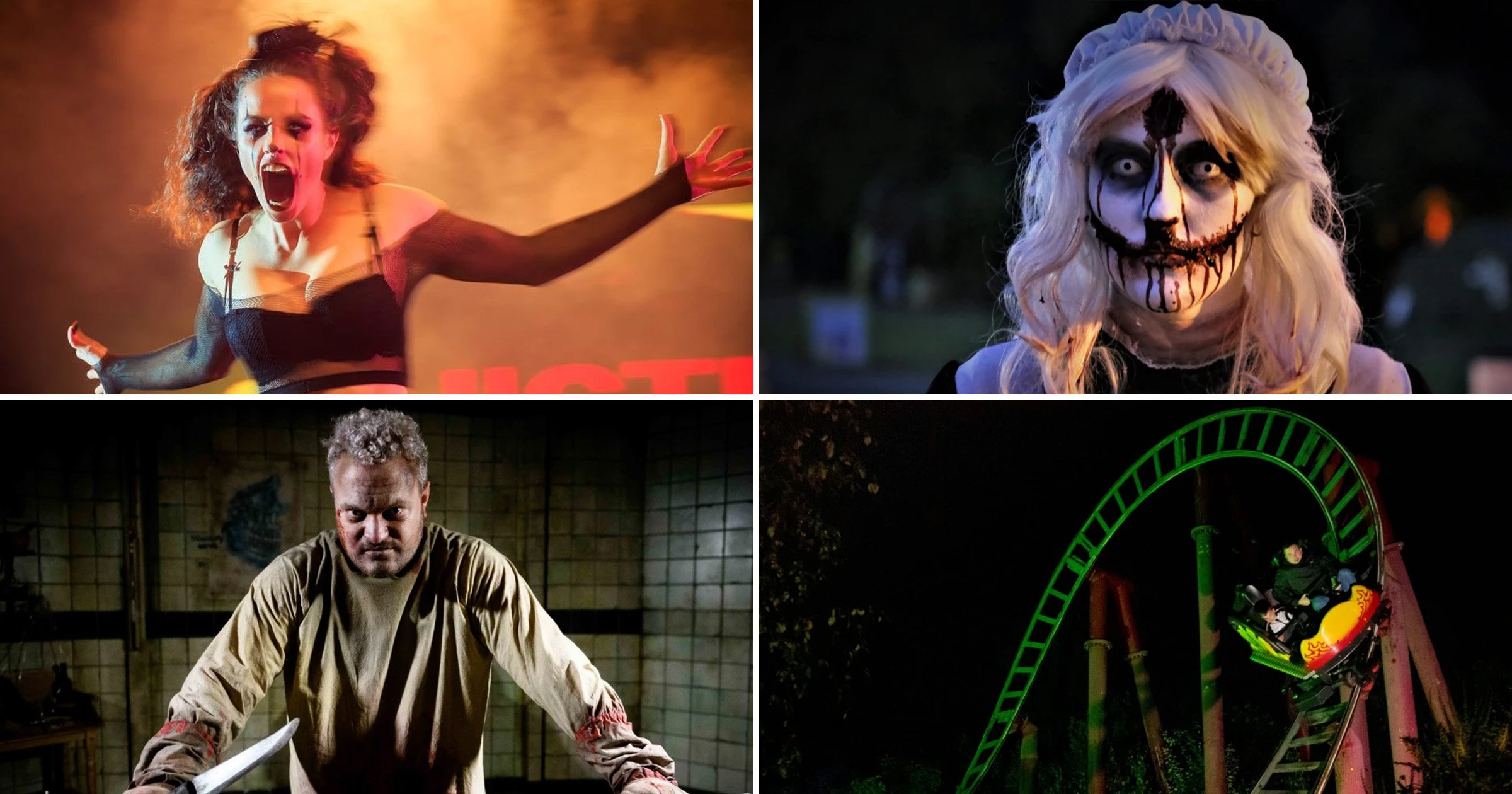 Get your kicks being chased by horrifyingly realistic flesh-eating zombies or evil surgeons?

These shockingly scary events guarantee even the bravest fear-seekers a truly hellish Halloween.

In fact, some of these are so terrifying, only adults are allowed.

From a music festival with a creepy twist to a circus so twisted you’ll never look at a clown again (if they didn’t scare you already), here are some of the best you can book.

A disorienting world of mad old ladies, maniacal clowns and cannibals dead set on eating you alive, PrimEVIL takes Halloween to a level that can only be described as mayhem.

With obstacles, twists, turns and jumps at their core, each of the five main haunts has been designed to scare the hell out anyone attempting to escape.

The Crypt is an overrun graveyard where insane nuns make chase, Route 666 is a one-way forest path inhabited by flesh-eating madmen and The Insanitorium is an interactive maze of confusing corridors and disturbed patients intent on preventing anyone from getting out unscathed.

Children under 16 must be accompanied by an adult at all times.

Stay over: The Parson Woodforde, a cosy Norwich pub-with-rooms, has double rooms from £90.

This scream-park experience is like an intensely terrifying interactive play in which everyone who takes part is a character.

The train ride, riddled with blackouts and heart-stopping jumps, is just the beginning of a journey into the world of the Disappeared, which can only be reached by anyone brave enough to enter the woods in the dead of night to join the Extreme Paranormal Observation Division
in their hunt.

Of course, no one’s to be trusted, and being plunged into very frightening scenarios in the dark is to be expected. Adults only.

Stay over: The centrally located Saffron Hotel in Audley End has rooms from £75.

Taking place at a custom-built town, all roads lead to the Sugar Skull Stage, which is surrounded by 40ft LED screens playing the creepiest of scary movies.

Further out of town, the Bar of Bizarre is flanked by monsters bursting through its backdrop, a disused underground station manned by zombie conductors will take festival goers deep into hell, and killer clowns are in charge of the chillout room, which promises to be about as relaxing as an axe to the head. For over-18s.

Stay over: The Granary in Bedford is a charming converted barn with double
rooms from £60pn.

As suited to horror fans as it is to lovers of literature, this immersive experience is dedicated to the tragic life of Shelley herself, who was suitably obsessed with the macabre.

Unlike the daytime museum, After Dark is a multisensory journey guided only by faint torchlight and the unrelenting fear of bumping into Frankenstein’s 8ft monster. Spoiler alert: he will find you.

In the eerie attic quarters of the Screaming Room, a bespoke horror film plays on a loop, and the X-treme Basement experience is all about exploring the house’s dingy underbelly in the company of some pretty hostile guests.

Victor’s Lair Escape Room is an hour-long mission to unravel the ramblings of a complete madman in a bid for freedom before he starts harvesting vital organs.

Stay over: The boutique Brooks Guest House has rooms from £90pn.

The Surgeon The London Dungeon, until October 31

A stalwart supporter of scares no matter what the time of year, The London Dungeon has ramped it up a notch for Halloween with the introduction of The Surgeon, a truly gory homage to surgery in the Victorian era.

Horrified onlookers will sit in the gallery of an old operating theatre and watch through gritted teeth as the surgeon, wearing a filthy, blood-soaked apron and stinking of rotting flesh, wildly cuts and chops his way through the story of what surgery really entailed back in the day.

Expect gag-inducing sound effects, zero mercy from the butcher in the manky pinafore and absolutely no anaesthetic. There is no age limit but the recommended age is 12.

Keep your eyes peeled while you walk around for the Wild Witches of Adventure Point, who will be casting fiendish spells that bring to life cool, creepy characters, while Vampire Villagers will also be roaming the park.

You might bump into Sobek, the crocodile god of the Forbidden Kingdom, who will be terrifying guests around Chessington’s newest ride, Croc Drop – if you’re brave enough, you’ll hurtle 25 metres down straight into his jaws.

And try not to get lost amid the Creepy Caves, so terrifying they’re for the over-tens only.

Stay over: A family room for two adults and two kids at the Chessington Resort Hotel from £387, including day tickets and breakfast.

Brace yourself for a cornucopia of chills as the UK’s most terrifying Halloween show is back for its eighth year with a new set of incredible acts, crazy characters and a heart-pumping soundtrack.

Among the terrifying treasures on stage will be a burlesque horror show, Russian nail roulette, a straitjacket escape, razor blade regurgitation and a ladder of swords which all, at the very least, sound quite painful for the people doing them.

Stay over: The InterContinental O2 has rooms from £193pn