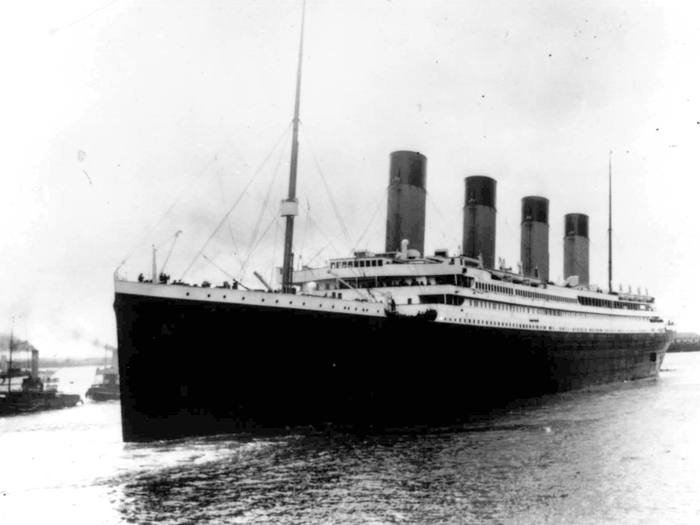 The Titanic sank 109 years ago, was discovered 25 years ago, and has seen few humans in the last 15 years — it's estimated that fewer than 200 people have visited the wreck.

Despite the hefty price tag, Stockton Rush, president of OceanGate Expeditions, wants you to know that this isn't a luxury cruise: It's a mission.

"What we're asking people to do is join the expedition," Rush told Insider.

The famous ship, which sank on its maiden voyage from Southampton, UK, to New York City in 1912 after hitting an iceberg, is located 2.5 miles underwater and 370 miles off the coast of Newfoundland, Canada.

"We really narrowed in on the Titanic because it's such an iconic thing underwater. I like to say, if you ask somebody what's underwater, they're going to say sharks, whales, and the Titanic. It's such a huge, huge thing," Rush said.

Those signing on for one of the Titanic Survey Expeditions' nine-day missions will need to go through an interview, as well as a one or two-day test dive in Seattle to see if they can easily get in and out of the submersible.

"We want to make sure people are sympathetic and physically able," Rush said, adding that compatibility is key for any team and that there's nothing worse than going on a trip with someone you don't like.

Guests on the expedition aren't even called guests. They're "mission specialists" and considered citizen scientists as they'll have instructions for every dive on what they should be doing or looking for.

Once accepted, mission specialists will have to get to St. John's, Newfoundland, where they'll have an orientation dinner. The next morning, they'll board a ship for a 36-hour cruise out to the wreck, which is also a UNESCO cultural heritage site.

During this time, they'll get safety briefings and training in whatever interests them, from operating sonar technology to using 4k external cameras, to simply identifying fish and keeping records.

Rush emphasizes that this is "voluntary participation, not forced labor."

Once at the site, three mission specialists will take a five-person submersible 2.5 hours down to the wreck alongside a researcher and a pilot, where they'll get to spend three to five hours exploring the Titanic's bow before heading back up.

In case you're wondering, yes, the submersible has a bathroom, but it's only partially private and for emergencies. Rush said that a specific diet plan on the trip ensures that using it should be unnecessary.

The submersible was engineered specifically with this sort of expedition in mind and with the help of NASA. It's probably one of the most technologically advanced private submersibles in the world.

The main goal of the series of Titanic expeditions is to capture enough data — in the form of photos, videos, laser scans, and sonar — to create an immersive 3D model of the site.

Other goals include assessing the wreck's condition and how quickly it is decaying, and to document its marine life.

Business Insider's Aylin Woodward previously reported that scientists believe that the entire shipwreck could be gone by 2030 due to deep-sea currents, salt corrosion, and bacteria eating away at the metal.

Since both the ship and its field of debris are so huge, documenting the wreckage is expected to take many such expeditions over the course of the next few years.

Rush said guests can expect to see everything from 300 species of marine life that have been identified as unique to the Titanic to spectacles, shoes, clothing, and personal belongings.

All sorts of items have previously been uncovered, from wine bottles to children's toys.

"Where people have passed, their remains are gone, but their personal possessions are there," he said, adding that it's a somber atmosphere.

It is a gravesite after all, as more than 1,500 lost their lives when the ship sank, and Rush makes sure to note that they plan on treating it as respectfully as possible.

"There's a certain respect and honor you need, and to make sure that what we do really does add value to the cumulative knowledge of not just the Titanic, but all shipwrecks," he said.

"While this is a commercial venture, we're working with a lot of nautical archaeologists, the Titanic society, and different groups to make sure that we collect data that's valuable for preserving the knowledge of the Titanic before it all goes away," he said.

There are six trips planned for 2021, starting in May. There's room for nine mission specialists per trip, and 36 tickets have already been sold.

The Centers for Disease Control and Prevention warns that "travel increases your chance of getting and spreading COVID-19."