Would-be travelers this year have spent hours on hold, learning the ins and outs of refund policies. 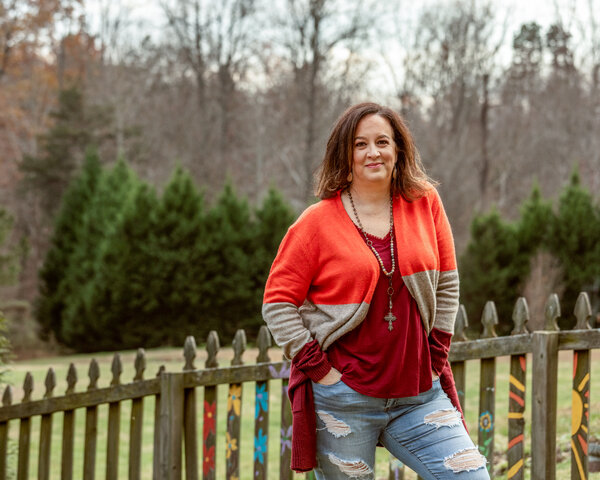 A 50th birthday, 50 new places: That was Allison Andrews’ plan for the year.

Her roster included a dog-sledding adventure in Jackson Hole, Wyo., in March, a trip to Spain in April and May and a Bahamas cruise with a former college roommate in June.

She got as far as Switzerland, in mid March, before boomeranging home to Mooresville, N.C.

“I couldn’t ‘Eat, Pray, Love’ this — I have a kid, I have a job and I had already planned out a lot in order to get good deals,” said Ms. Andrews, the founder of Allison Andrews Creative, a video production and content creation business. “I just spent weeks just canceling stuff.”

With the pandemic foiling her yearlong bonanza, Ms. Andrews has ostensibly spent more time this year disentangling herself from her trips than actually taking them. In doing so, she has earned a rightful place in a club of “cancelers” — those would-be travelers who have spent hours on hold, learning the ins and outs of refund policies.

This is a large cohort, according to multiple data sources. In a November survey of 1,000 United States consumers by Suzy, a market research platform, 60 percent of respondents said they have canceled at least one trip because of Covid-19. At Hosteeva, a vacation-rental company, around 22 percent of bookings were canceled from February through mid-November (up from 5 percent during the same period last year).

To be sure, these would-be travelers realize they are lucky to be dealing with refunds while so many Americans face job losses or grieve for family members.

Major adjustments by the operators

Travel companies have traditionally been able to predict busy and quiet periods. Not so in this year. Since March, waves of cancellations have reverberated — sometimes with little notice — because of rising infection rates, travel restrictions and state and local rules.

“There were cancellations in the beginning — March and April were huge,” said Hana Pevny, who owns the Waldo Emerson Inn, a boutique inn in Kennebunkport, Maine. “Then in May and June, people who had already made summer plans realized they couldn’t execute on them. And now, with Covid cases rising again, it’s like I was fully booked for Christmas one day and had to process $3,000 in cancellations the next.”

From March to June, Dave Karraker had 26 cancellations between his two Airbnb properties: a country house in Sonoma, Calif., and an efficiency apartment at his home in San Francisco.

“First it was because Sonoma County prohibited vacation rentals,” said Mr. Karraker, the president of Raptor Communications, a San Francisco-based marketing consultancy. “As that eased up, the cancellations continued from folks not wanting to risk traveling across the country or around the world.”

When state restrictions were lifted in June, the Sonoma house got a rush of new bookings, all from people within a 60-mile radius. It was rented solidly through New Year’s until last week, when California announced sweeping new travel restrictions. Mr. Karraker said he now expects another wave of cancellations.

The experience has given him a broader perspective on how to handle cancellations.

“No one doesn’t want to go on a vacation to wine country, so if they need to adjust their reservation because of the pandemic, we completely understand,” he said. “We are all in this together, so you should demonstrate compassion and caring every chance you get.”

“I didn’t want to have the liability outstanding on my books and I believe it created good will with the traveler,” she said. “My hope was that when they are ready to travel to Maine again, they’d remember my flexibility and ease of service.” 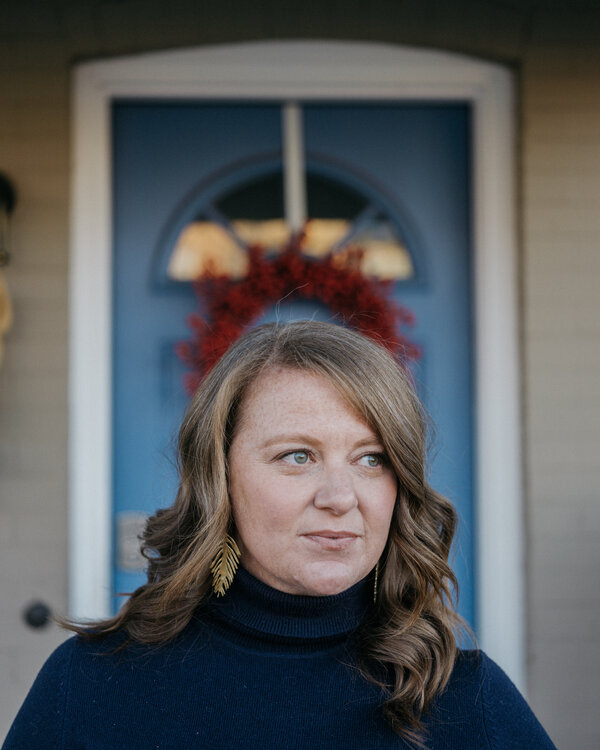 As the pandemic swelled and shifted, her cancellation policy — usually 14 days in advance and 30 days for peak summer weekends and Christmas — yoyo-ed in response. For reservations booked before July 1, she offered a 48-hour cancellation window. During the weeks when business picked up, she more or less reverted back to her standard cancellation policy, with some exceptions.

For the entire stretch, a positive virus test superseded any official cancellation window.

As for those canceled Christmas reservations, she refunded everyone’s deposit — including guests who booked a nonrefundable rate — and decided to close until Feb 1.

The value of rebooking

From January to October, the 11 largest United States airlines issued $11.75 billion in cash refunds, according to Airlines for America, a trade group. That’s an 86 percent year-over-year increase from the $6.3 billion issued in 2019.

But plenty of travelers got vouchers and chose to rebook instead.

In March, Megan Stribling, 37, received a voucher — which she was told was a “one-time change” — from American Airlines when she canceled her May anniversary trip to St. John. A couple of months later, with numbers looking marginally better, she used the voucher to rebook the trip for November: another “one-time change,” she was again told. With infection rates iffy again in October, she called back a third time and held her breath, hoping for another “one-time change” that would push the trip to May 2021.

“The new ‘No Change Fees’ policy had been announced, but I wasn’t sure if our flight would count,” said Ms. Stribling, the director of alumni engagement for the University of Denver’s Morgridge College of Education. “But it was super easy and they were very accommodating.”

Wendy Patrick, 52, also had a relatively easy time bowing out of the year’s planned three cruises: The cruise lines did the canceling. Most ships have been docked since March, a no-sail order by the Centers for Diseases Control and Prevention. Although that order was lifted in October, most cruise companies are still working through their health and safety protocols and won’t sail again until well into next year.

Yet for Ms. Patrick, a prosecutor (and seasoned cruiser) who lives in San Diego, those canceled sailings presented not a loss, but an opportunity.

When a Princess Cruises voyage in October was canceled, Ms. Patrick rebooked using a special offer. Among its perks: Princess matched her deposit in the form of a future cruise credit, industry “currency” that can be applied toward the balance of the fare, onboard items or future sailings.

Because cruise cancellation policies are more flexible than ever, thanks to the pandemic, Ms. Patrick sees little downside in having several sailings on the horizon for next year.

“If you don’t grab cabins while they are hot, you will be left out on the dock — as the ships will be full in no time,” she said. “We want to go anchors-away the second we can get that vaccine.”

Tapping tech to organize it all

As the pandemic gained shape, Ms. Andrews converted the Google Drive folder that held several years’ worth of trip-planning — where to eat, potential hotels — into a “command central” that tracked cancellation policies and deadlines.

“I just had to start like making myself notes,” she said. “Like, are you going to remember to call back and cancel the Amtrak ticket closer to the date? It was a lot of juggling.”

She had varying degrees of success. Royal Caribbean, Marriott and Booking.com were a breeze. But American Airlines gave her only credits, not refunds, and canceling an Amtrak train from Los Angeles to Seattle took longer than she would have liked.

“I waited forever on the phone — numerous times,” she said. “They were so overloaded they were canceling the first trips first, so I kept having to call back. In the end, it was resolved and I got a refund.”

Like Ms. Andrews, Corritta Lewis, 31, was forced to cancel ambitious international travel plans. She and her wife, who run Itz a Family Thing, a family-travel blog, had sold their house in Oceanside, Calif., two years ago, and left California in January with hopes of traveling full time and raising and educating their 2-year-old son abroad.

They got to Playa del Carmen in Mexico, where they will remain until they can proceed to Asia, but their spring was dominated by a blitz of cancellations: 20 flights and 10 Airbnbs throughout North America, Central America and Asia.

“There were so many parts of the itinerary that were dependent on one another — we couldn’t get from one place to another because borders started to close,” Ms. Lewis said.

The women deployed a color-coded spreadsheet to help make sense of cancellation policies. Red designated flights that had been canceled, entitling them to a cash refund thanks to a Transportation Department policy. Green indicated tickets they had canceled themselves. Flights they planned to skip got a coating of purple.

When one low-cost Mexican airline refused to issue a refund on a flight from Mexico City to San José, Costa Rica — at a time when Costa Rica was limiting international visitors — Ms. Lewis successfully disputed the charge on her business credit card.

“It worked out better for us than I ever thought possible,” she said. “We got 95 percent of our money back, and then the other 5 percent: I didn’t feel like going through the headache.”

‘Just pick a date sometime in the future’

Ms. Andrews, of the 50-for-50 plan, originally canceled in March through July, holding out hope that a fall trip to Greece would be doable. (It wasn’t.) She canceled a large family Thanksgiving gathering in Gatlinburg, Tenn., in May. In September, she was hit with a short-lived burst of optimism.

“As the pandemic dragged on we thought, well, maybe we should look to see what’s available now because everyone was getting stir crazy,” she recalled. “Then we decided: Nope, not safe.”

That folder system gained a new purpose: tracking Ms. Andrews’ domestic and closer-to-home travels, which she has been chronicling on Milemarker 50, her aptly named blog.

Ms. Stribling, who moved her St. John trip twice (so far), also has a good-natured outlook: “I told our Airbnb host that we didn’t want a refund,” she said. “We just said, ‘Can we move our dates again?’ And she was like, ‘Yep, just pick a date sometime in the future. And let’s cross our fingers.’”

Justin Timberlake, Jon Bon Jovi & More To Perform At Biden Inauguration
We and our partners use cookies on this site to improve our service, perform analytics, personalize advertising, measure advertising performance, and remember website preferences.Ok