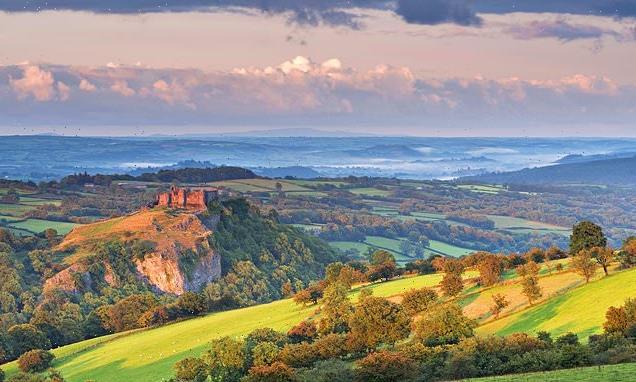 You’re A-OK in the UK! Eurovision, the Coronation, majestic road trips – it’ll be all go on the staycation front in 2023 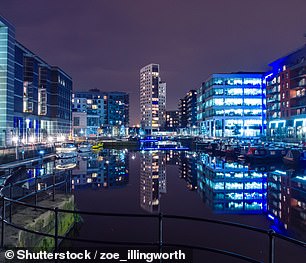 There are plenty of good things happening around the UK in 2023 – for instance, Leeds (above) will stage a Year of Culture, with arts and music events throughout the year

There are plenty of good things happening around the UK in 2023, from literature festivals to new boutique hotels to a coronation.

ALL EYES ON LEEDS

The Yorkshire city will stage a Year of Culture throughout 2023, with arts and music events that include a literature festival (February 25 to March 5) and a celebration of its foodie scene dubbed Leeds Sauce (leeds2023.co.uk). 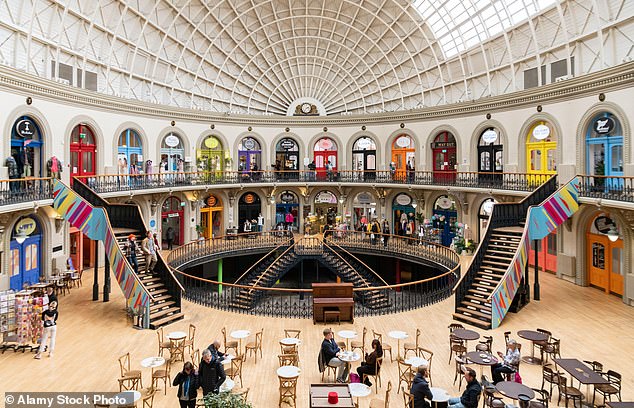 On a visit to Leeds, make sure you stop and check out the shops at the Leeds Corn Exchange

It’s worth visiting the Leeds Corn Exchange, too.

BOOK NOW: The Queens Hotel is offering up to 30 per cent off selected stays throughout 2023 — book by January 31 (thequeensleeds.co.uk).

Union Flags will be out in force in London when the Coronation of His Majesty King Charles III takes place at Westminster Abbey on May 6, with the country treated to an extra bank holiday two days later (royal.uk, visitlondon.com).

BOOK NOW: Many central London hotels have sold out for the big day, so bag one near the Elizabeth Line then whizz into town. The four-star Fredrick’s Hotel in Maidenhead has doubles from £177, room only (fredricks-hotel.co.uk). 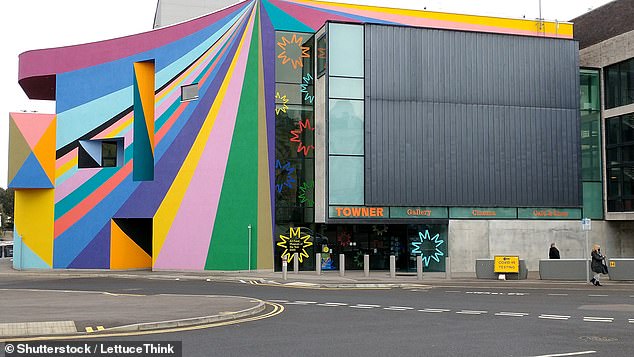 Above is the Towner Eastbourne gallery, which is celebrating its centenary this year

The East Sussex seaside resort will hit the spotlight in autumn when it hosts the Turner Prize 2023. A companion exhibition opens September 28 at the free-entry Towner Eastbourne gallery which is celebrating its centenary (townereast bourne.org.uk, visiteastbourne.com).

BOOK NOW: The Grand Hotel Eastbourne, built in 1875, has doubles from £220 B&B (grandeastbourne.com) on the seafront.

Liverpool will be in high spirits when it hosts the semi-finals and grand final of the Eurovision Song Contest 2023 on May 9, 11 and 13, closely followed by the city-wide Liverpool Biennial (June 10 to September 17), the UK’s largest festival of contemporary art (visitliverpool.com).

TAKE ON THE WILD WAY 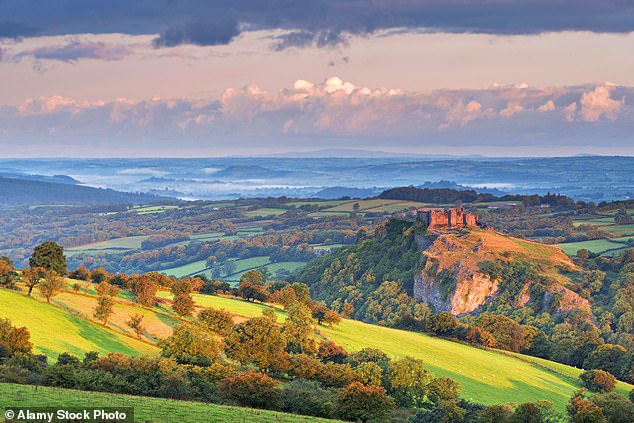 Driving ambition: Wild Drovers’ Way is a new driving route that takes in Carmarthenshire’s rural beauty. Above is Carreg Cennen Castle, which features on the road trip

Following rural roads, the Wild Drovers’ Way is a new, 180-mile scenic drive that meanders through Carmarthenshire. It’s a three-day circuit taking in castles, picnic spots and the home of Dylan Thomas (discovercarmarthenshire.com/explore/the-wild-drovers-way).

BOOK NOW: Handy stops are Glangwili Mansion in Carmarthen, Emlyn Hotel in Newcastle Emlyn and The Castle Hotel in Llandovery. Doubles are from £80 to £120 B&B (glangwilimansion.com, emlynhotel.co.uk, castle-hotel-llandovery.co.uk). 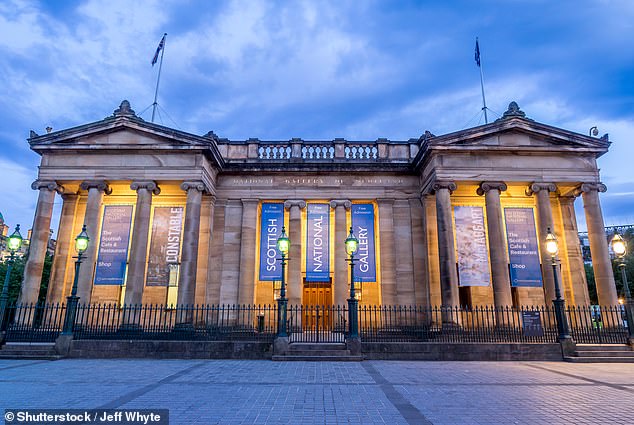 Take in the work of early 20th-century artists in the Scottish National Gallery’s (above) major new exhibition spaces, which are being unveiled this summer

The Scottish National Gallery will unveil major new exhibition spaces in the centre of Edinburgh next summer, with a fresh focus on early 20th-century artists. Admission is free (nationalgalleries.org).

BOOK NOW: Opening in summer, 100 Princes Street is a smart 30-room hotel that will celebrate Scottish explorers and adventurers.

Barnsdale Lodge, a former hunting lodge in Rutland with 46 rooms, reopens on March 1 after a swish makeover by new owners The Signet Collection. 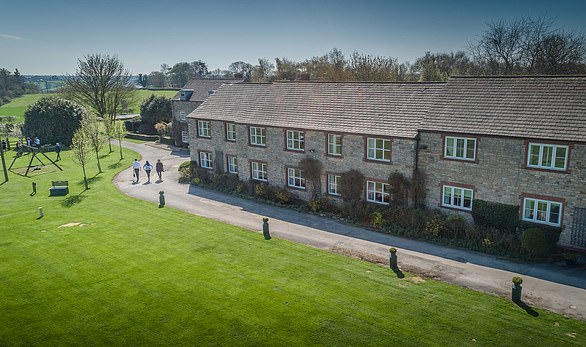 Barnsdale Lodge, a former hunting lodge in Rutland, reopens on March 1 after a swish makeover

RELAX BY THE SEA

Launching in March beside the seven-mile beach at Pendine Sands in Carmarthen Bay, The Caban will have 14 rooms and a restaurant. Doubles from £80, room only (cabanpendine.wales).

Opening on the Isle of Skye on March 31, The Bracken Hide is a four-star wilderness escape with 45 timber-clad cabins, a restaurant specialising in Highlands produce, and a whisky bar. Doubles from £150 B&B (brackenhide.co.uk). 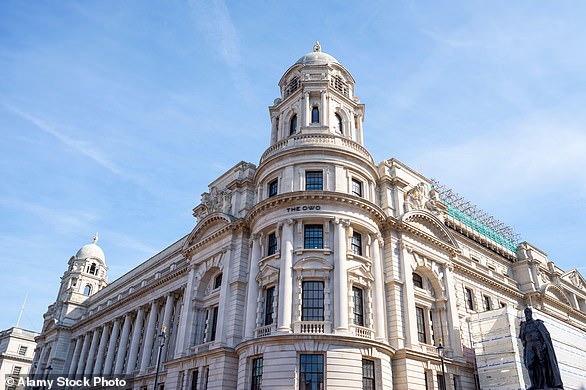 Raffles London at The OWO (pictured) will have 120 rooms, nine restaurants and the UK’s first Guerlain spa

Grandly titled Raffles London at The OWO, this monumental hotel in Whitehall will open in late spring filling the former War Office with 120 rooms, nine restaurants and the UK’s first Guerlain spa. Rates are lofty, too, with doubles from £1,100, room only (theowo.london).

Expect plenty of red when Virgin Hotels Glasgow opens on April 8 beside the River Clyde. The 242 rooms, known as ‘chambers’, come with separate sleeping and living areas while mini-bar drinks are ‘street-priced’. Doubles from £140, room only (virginhotels.com/glasgow).

Elmore Court in Gloucestershire will unveil six woodland treehouses on May 24 that sleep two to four guests and feature an outdoor bath. From £350 (elmorecourt.com). 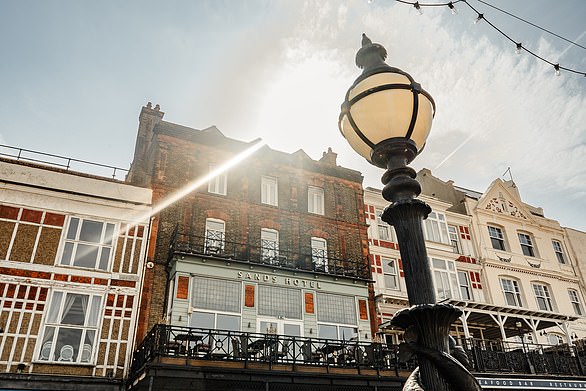 No 42 Margate, complete with a rooftop bar and spa, opens in June

Among a flurry of new hotels in Margate, on the Kent coast, No 42 Margate will stand out for its beachfront location, rooftop bar and spa when it opens in June. Doubles from £155, room only (guesthousehotels.co.uk).

Outdoor activities from cycling to fly-fishing are at the heart of The Mole Resort in North Devon which, from June, will offer luxury lodges from £219pp, plus rooms from £80 (themoleresort.co.uk). 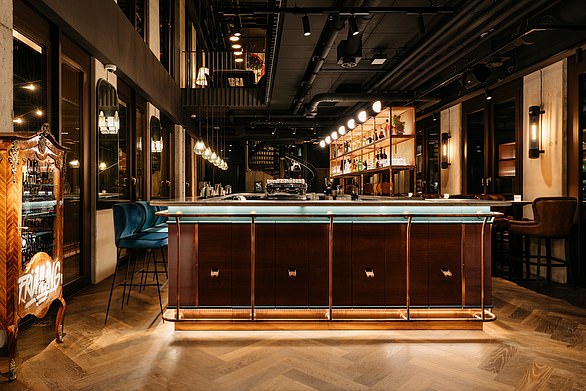 Drop by the all-night bar at the 173-room Ruby Zoe, which opens in Notting Hill this summer

Opening this summer in London’s Notting Hill, the 173-room Ruby Zoe promises to be lots of fun with its carnival-inspired murals and all-night bar. Doubles from £180, room only (ruby-hotels.com).