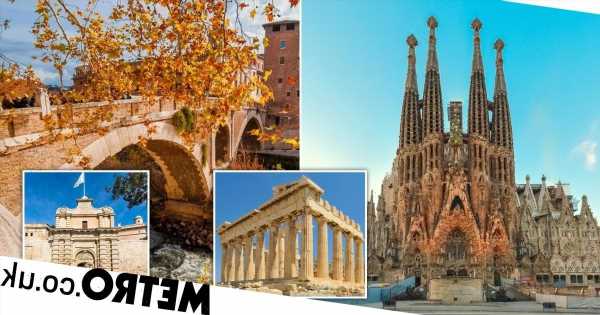 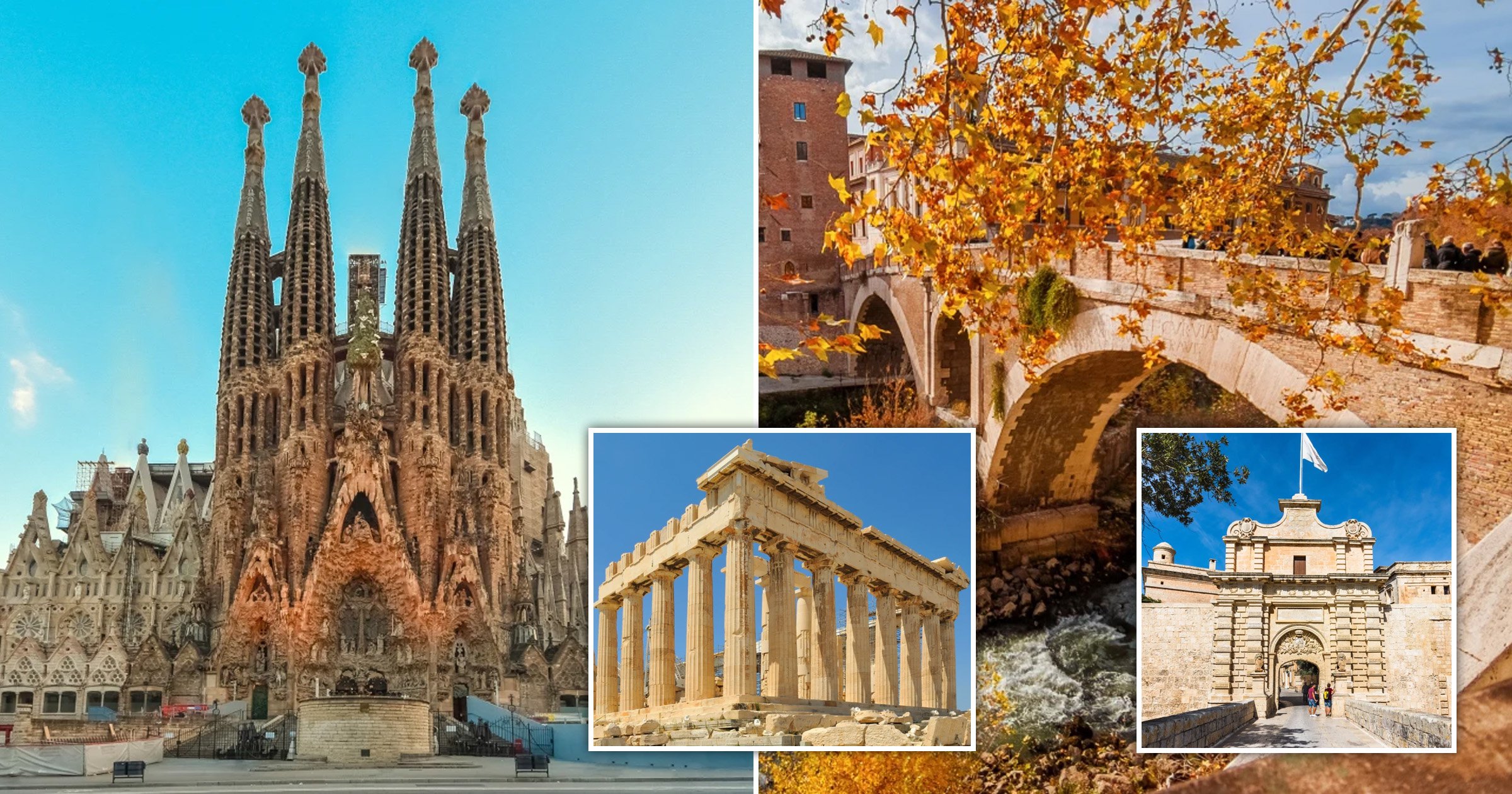 In autumn, Europe is still warm, but it’s much less busy (and even quite a bit cheaper).

Plus the continent’s most iconic landmarks look even better surrounded by rich autumnal colours.

We’ve picked out the best cities in Europe to visit for a little October sunshine, plus the hotels to stay in.

Why: Imagine being able to snap the Trevi Fountain without hordes of tourists blocking your view.

Autumn in Rome brings out the colours in the trees that line the Tiber river by the hip neighbourhood of Trastevere and is when seasonal ingredients such as pumpkin and white truffle make an appearance on menus, gracing tasty plates of pasta.

There’s also still time for wine-lovers to get there for the annual Marino Grape Festival (sagradelluvamarino.it), held on the first Sunday of October, which involves processions and music.

One highlight is a fountain that gushes (free) white wine.

Stay: The playful Mama Shelter hotel group likes each property to reflect its location. At this recent addition, you enter the lobby past a sign saying ‘Ciao, belli!’ into an overload of maximalist, Italian-inspired design, from walls decorated with Moka coffee-makers to curtains screen-printed with Panini stickers.

There are 217 rooms, three restaurants (including one on the roof) and a pool and gym in the basement.

How: Rooms at Mama Shelter, Rome, from £165pn. Flights from London to Rome from about £35 one way via WizzAir.

Why: Paris has so many parks and gardens to stroll around, such as Jardin des Tuileries and the Bois de Boulogne, not to mention brasseries in which to stop for a chocolat chaud, and shopping districts to browse (head to the Marais for chic, independent boutiques).

Autumn also ushers in a host of events, from the annual 20km race around the city, the Montmartre Grape Harvest Festival and an exciting new exhibition of Edvard Munch’s work at the Musée d’Orsay (tickets from £14).

Stay: Hôtel La Canopée is well located in the 8th arrondissement near the Champs-Élysées. Each of its individually designed 25 rooms is inspired by nature, using lovely hand-drawn wallpapers covered in flowers, trees and plants.

Work on the cathedral, designed by renowned architect Antoni Gaudi, started in 1882 and, well, it’s still not finished. Other must-sees include the dreamy Parc Güell, for great views over the city, and cultural hotspots such as the Picasso Museum (tickets £10.50).

October is the time of the Festa Major de la Rambla, a procession celebrating an iconic saint, which takes place down the city’s famous thoroughfare.

Stay: The Hoxton is in Poblenou, a cool district to the east of the city centre. There are 240 rooms with design touches such as handcrafted textiles, Roberts radios and floor-to-ceiling windows.

How: Rooms at the Hoxton Poblenou from £180pn; flights from London from £22 one way via Vueling.

Why: History geeks will be in heaven with the superstar of ancient sites in the form of the Acropolis (entry £17.50). Towering over this vast, sprawling city, it contains temples, gates, theatres and statues galore.

Elsewhere, get lost in the maze of streets that make up the vibrant historic neighbourhood of Plaka, or check out up-and-coming district Gazi for hip clubs and bars such as Acro.

Stay: Moxy Athens City takes a playful twist on Greek mythology with its ‘myth of eternal youth’ inspired design. With 200 cosy and smart guestrooms, Moxy Athens City is a short walk from Syntagma Square and Ermou Street, where yet more bars and restaurants can be found.

How: Rooms at Moxy Athens City from £142pn; flights from London to Athens from £60 return via Ryanair.

Where: Away from busier Valletta, atmospheric Mdina is Malta’s former, ancient capital, and remains a remarkably well-preserved walled citadel.

The medieval town within is an enjoyable maze to stroll around, passing sights such as the delightfully elaborate baroque main gate, the richly decorated Cathedral of St Paul and the spooky Mdina Dungeons, below the Vilhena Palace.

Stroll along the medieval ramparts and stop for tea and a slab of insanely good cake at the Fontanella Tea Garden, which overlooks the scenery beyond the walls.

Stay: Xara Palace is a magnificent 17th-century palazzo that has been a hotel for 20 years and has undergone a recent renovation.

It’s one of the few hotels in Mdina, meaning you have the citadel to yourself once the tourists have gone for the day. It’s filled with antiques, tapestries and paintings. Thankfully it has all mod cons too, and 17 comfy, spacious rooms. Trattoria 1530 serves great Maltese specialities.

How: Rooms at Xara Palace from £168pn; flights from London from £69 return via Ryanair.