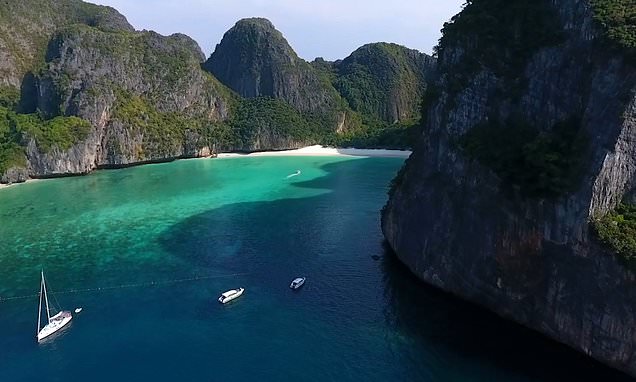 Thai authorities still have no idea when they’ll re-open Maya Bay – a tourist hotspot made famous by Leonardo DiCaprio movie The Beach, which was filmed there.

The bay has been closed to visitors since June 2018 because never-ending waves of beach-goers were destroying its delicate coral ecosystem.

Eight months later, sharks have returned to the area and coral is starting to slowly recover – but experts warn it may take decades to fully mature. 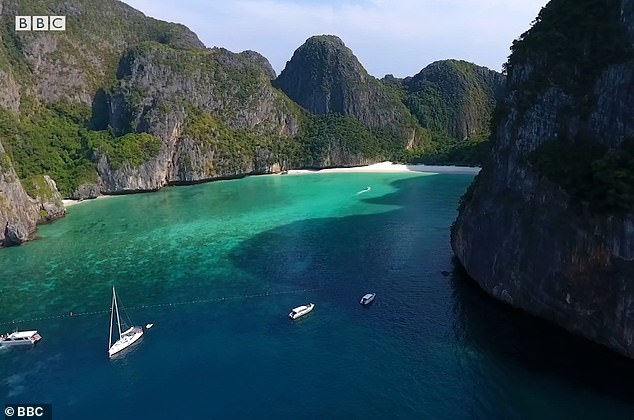 Maya Bay in Thailand is still closed to tourists and authorities have no idea when it will re-open. The BBC was recently granted access to Maya Bay to check on progress and this still shows a crew from the broadcaster heading towards the beach in a small boat, beyond a rope set up to stop tourists from entering 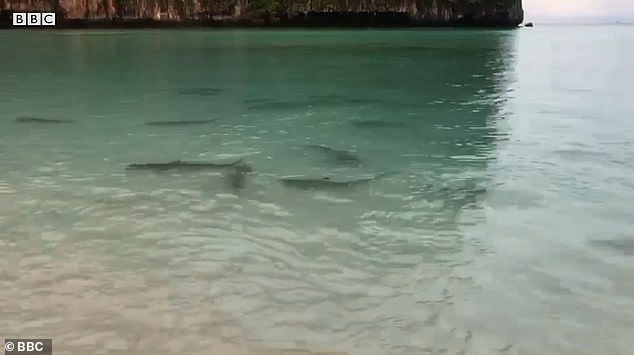 Since Maya Bay closed to tourists in June, blacktip sharks have started to return the area. There are thought to be around 60 in the bay

The BBC was recently granted access to Maya Bay to check on progress.

A crew was allowed past the tourist boats that can only drop anchor at a distance and went snorkelling with Kritsada Theerawut, who is responsible for checking the recovery of the coral.

He showed them how new coral was starting to grow at Maya Bay – although he said it will be many years before it totally recovers.

Meanwhile marine scientist Thon Thamrongnawasawat told the BBC that around 60 blacktip reef sharks have started visiting the bay, with three female sharks giving birth to their young in the area.

He said: ‘There are big changes. We now have 60 sharks and before we had no sharks. 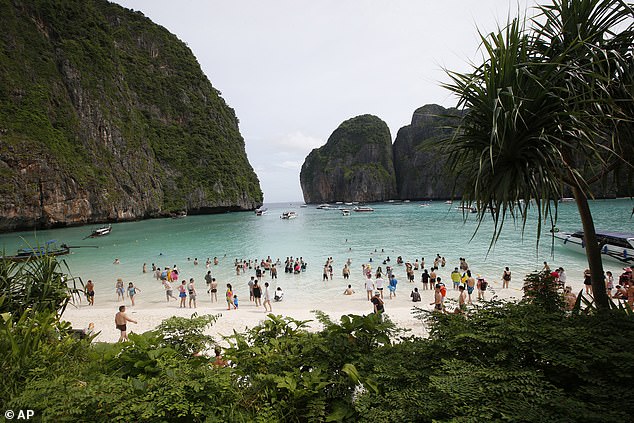 Authorities say that coral reefs and vegetation have been damaged by up to 5,000 visitors a day. This image was taken in May 2018 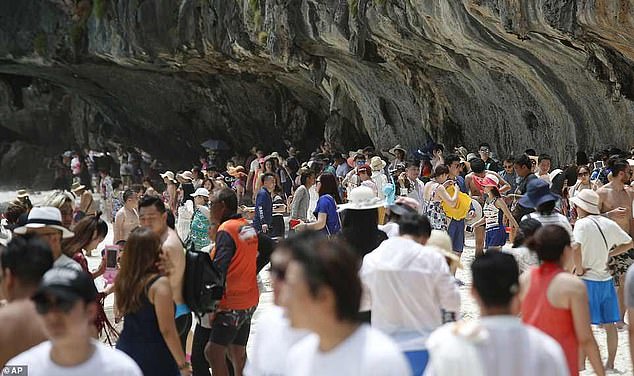 ‘We need to take a break and give Mother Nature a chance and we will be proud that this generation left something for the next generation.’

But despite the improvements, there is no sign of Maya Bay opening any time soon as authorities try to establish how many daily visitors can sustainably visit.

The closure of the bay has had a knock-on effect on businesses that rely on tourism.

Ekawit Pinyotamanotai, president of the tourism council of Krabi, told the BBC that tourists cancelled cancelled trips around the island because ‘they couldn’t go to the selling attraction’. 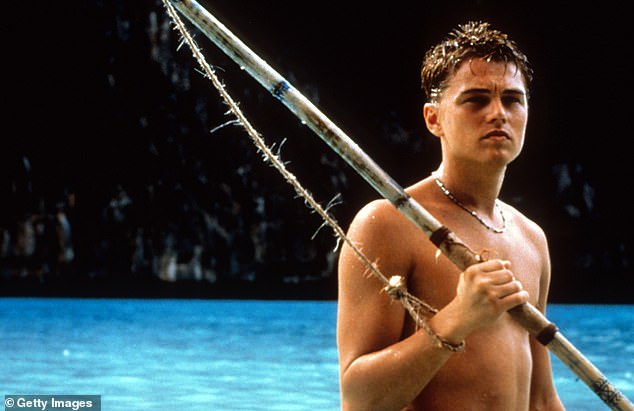 After the movie The Beach, starring Leonardo DiCaprio, was released, tourists began flocking to Maya Bay

Danny Boyle’s The Beach had an enormous effect on visitor numbers to the bay, which is circled by dramatic limestone cliffs on Ko Phi Phi Ley island in the Andaman Sea.

After it was released in 2000 hordes of tourists swept in.

At times, authorities say, there were 5,000 visitors every day.