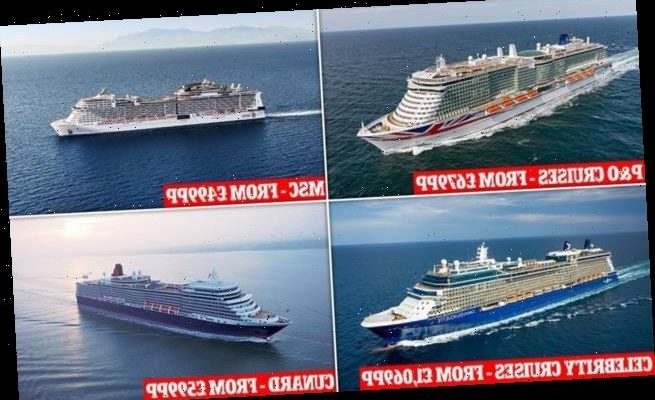 Who’s ready for a seacation? Foreign jaunts may be tricky – so take one of these new voyages around the UK coast

It was the news we’d been waiting for – holidays can start again on May 17. And cruises are included, as long as they stay close to shore.

Simone Clarke, of specialist agency Iglu Cruise, says: ‘Given ongoing uncertainty around international travel, these cruises are great for people looking for a change of scenery and eager to experience all the things they have been missing, from fine dining to enjoying a show.’

These ‘seacations’, as Princess Cruises has dubbed them, are for UK residents only and, to enable social distancing, ships will set sail with reduced capacity while some firms will insist passengers have had their Covid jabs. 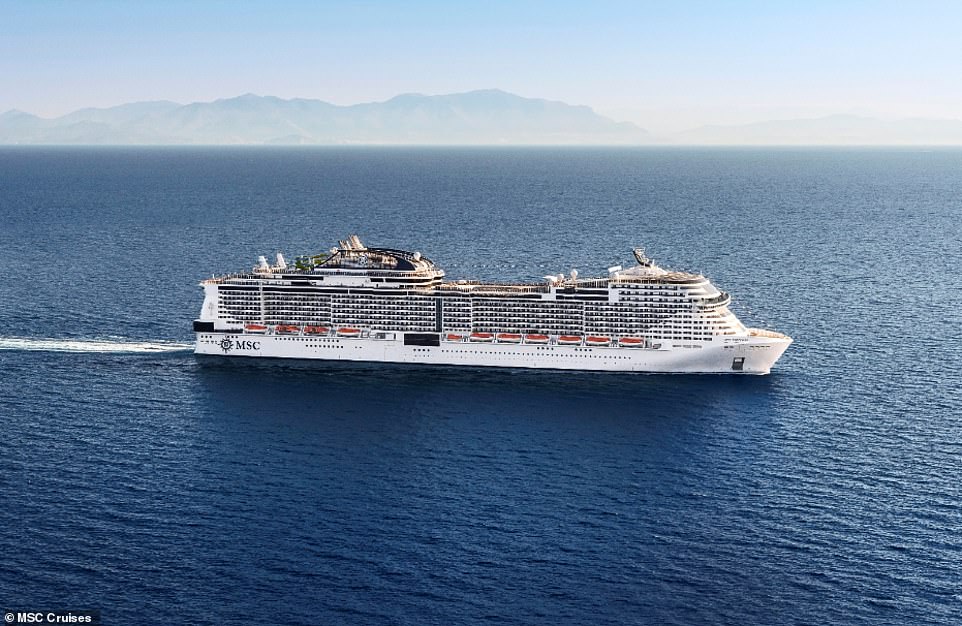 Four-night cruises from Southampton, calling at Portland on the Jurassic Coast, will start on May 20 aboard the new MSC Virtuosa, pictured, costing £499

Whether you’re tempted by a seacation on a floating resort, wildlife-watching, a family-friendly or adults-only cruise, non-stop or excursions ashore, there are plenty to choose from.

Luxury cruise agent Stefan Shillito, of The Sovereign Cruise Club, adds: ‘I have people who never dreamed of doing a short voyage, who have sailed everywhere from the Amazon to Antarctica, who are really keen to be on these UK voyages.’

MSC (msccruises.co.uk) welcomes children as no vaccinations will be required (although non-vaccinated passengers will need a negative Covid test result within 72 hours before boarding).

Four-night cruises from Southampton, calling at Portland on the Jurassic Coast, will start on May 20 aboard the new MSC Virtuosa, costing £499. Seven-night cruises, with embarkation points including Liverpool and Greenock, start on June 12, from £849pp.

P&O Cruises (pocruises.com) has three and four-night non-stop cruises along the South Coast from Southampton on June 27 aboard Britannia, from £499pp.

It is also offering cruises on new ship Iona, on seven-night trips from August 7, with its maiden voyage around the Hebrides and anchoring off its namesake, the island of Iona. On other voyages Iona will seek the sun sailing past the Channel Islands and the coast of France. Fares from £679pp. 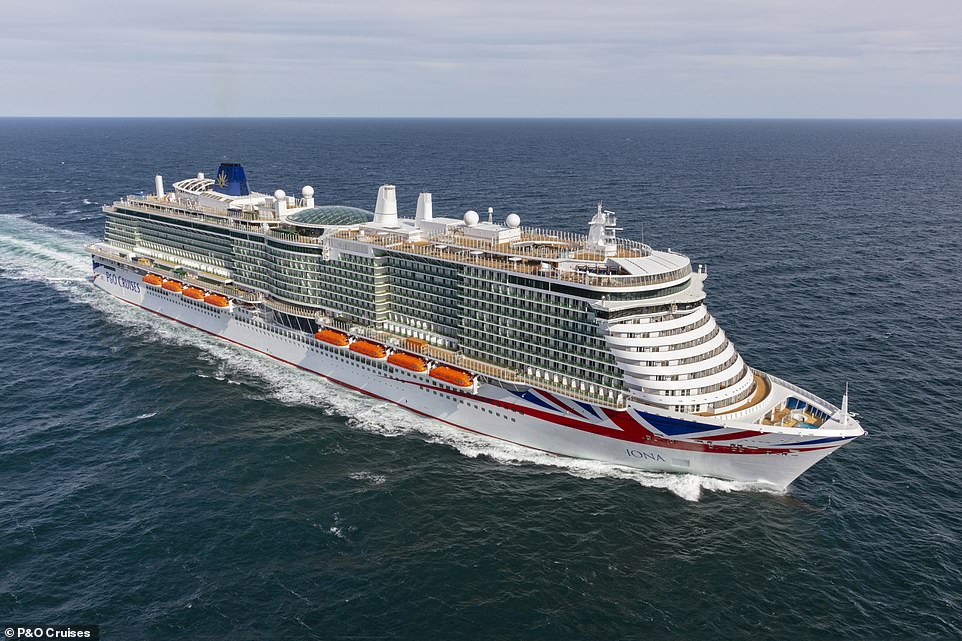 P&O Cruises is offering cruises around the UK on its new ship Iona, pictured. Fares start from £679 per person 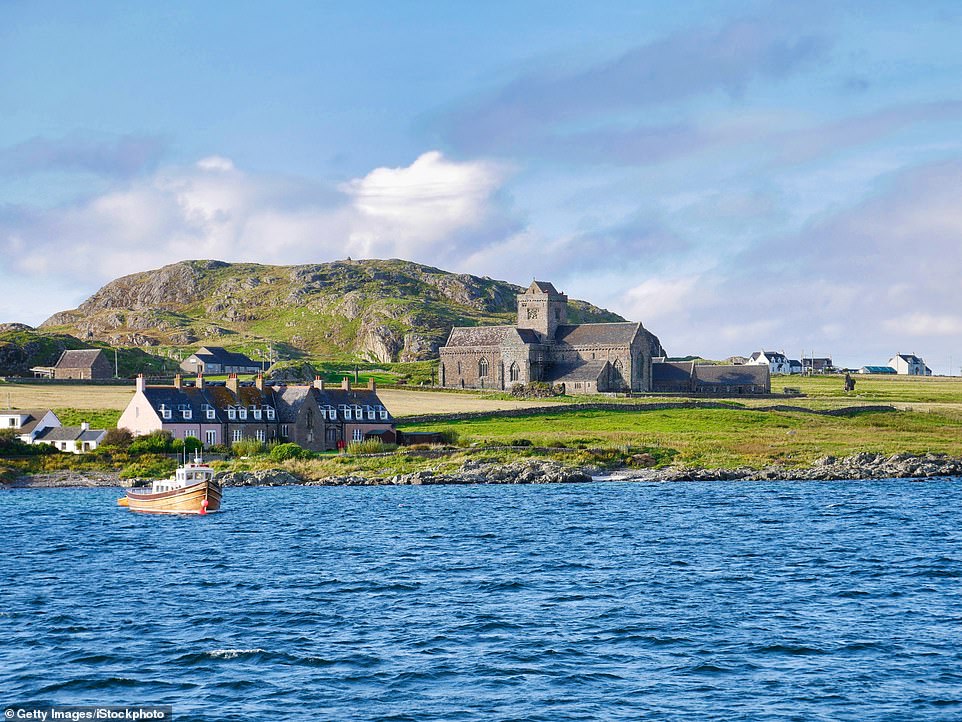 The island of Iona in the Inner Hebrides, where P&O Cruises’ ship that’s also called Iona will anchor on its maiden voyage

Experts from the marine wildlife charity Orca will be aboard Borealis and Bolette, which have joined Fred. Olsen’s fleet, looking out for dolphins, harbour porpoises, sea birds and minke whales.

Two no-port trips, from £699pp, are a Scenic Orkney And Faroe Islands cruise aboard Borealis, sailing from Liverpool for five nights on July 17, and a five-night Scenic British Isles And Summer Wildlife cruise on Bolette from Dover on August 19 (fredolsencruises.com).

In July, Cunard (cunard.com) starts its UK summer season of British Isles voyages and three Sun Voyages (where the captain will steer the ship to wherever the forecast says the sunshine is brightest) aboard stately Queen Elizabeth. 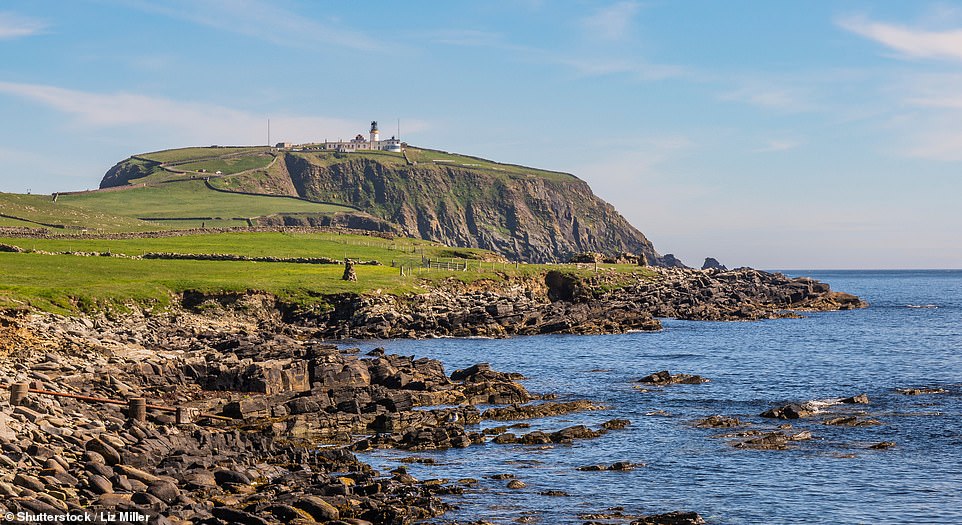 Sumburgh Head, pictured, is one of the calling points on Fred.Olsen’s Scenic Orkney And Faroe Islands cruise aboard its ship Borealis 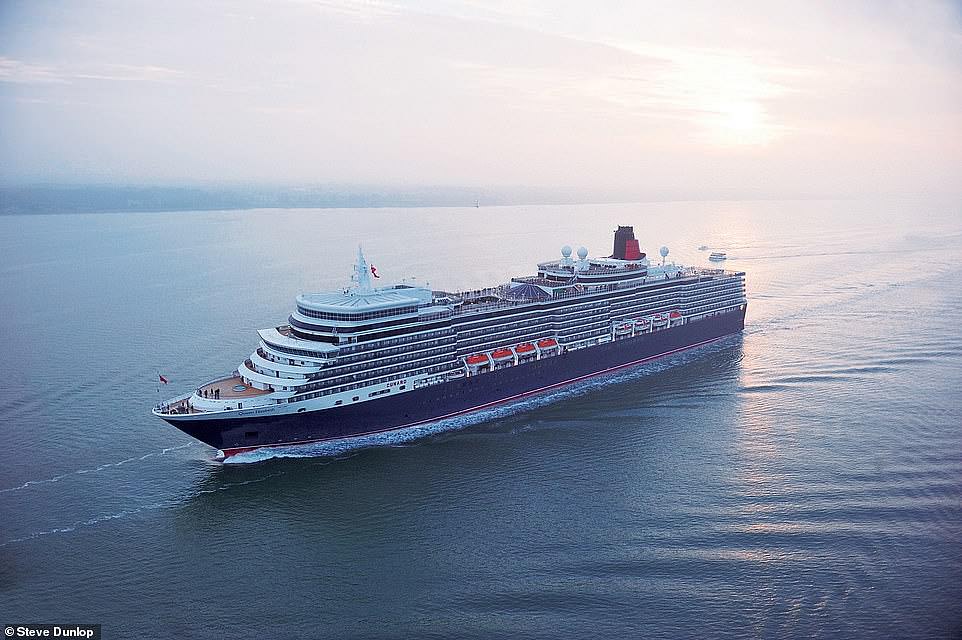 Cunard starts its UK summer season of British Isles voyages and three Sun Voyages (where the captain will steer the ship to wherever the forecast says the sunshine is brightest) in July aboard stately Queen Elizabeth, pictured 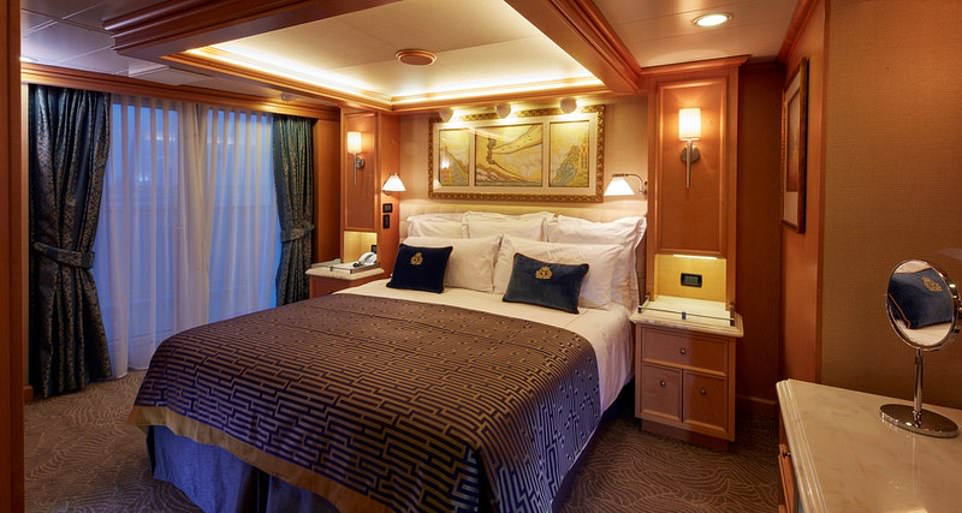 One of the stately rooms – a Grand Suite – onboard Queen Elizabeth. On this ship, expect formal nights and nightly dancing to the orchestra in the Queen’s Room

This is a great choice for anyone who loves dressing up. Expect formal nights and nightly dancing to the orchestra in the Queen’s Room. Itineraries include the Jurassic Coast and Scotland’s west coast and islands. Balcony cabins on four-night cruises start at £599pp, or £899pp for seven-night Sun Voyages.

Princess Cruises’ new technology means you’ll experience touchless embarkation, keyless entry to your cabin and contactless shopping, and you can order food and drink wherever you are on twin-sister ships Regal Princess and Sky Princess (princess.com).

Three, four and five-night cruises with no ports of call start from Southampton on July 31. Entertainment includes Movies Under The Stars, big production musicals in the theatre and acrobats in the atrium. 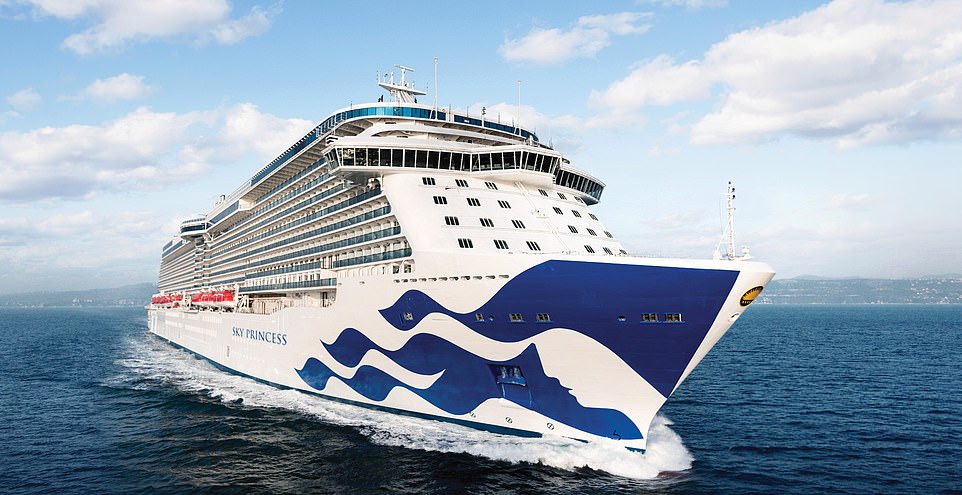 Princess Cruises are offering a variety of UK itineraries on its ships Regal Princess and Sky Princess, pictured

Six and seven-night cruises with ports of call in Liverpool, Belfast and Greenock start in September.

All-inclusive fares start from £539pp on a three-night cruise and from £999pp for one-week cruises.

All the family can meet Mickey Mouse aboard Disney Magic’s non-stop two, three and four-night cruises from Liverpool, Newcastle, Tilbury and Southampton. Enjoy family pools and waterslides, but also an adults-only pool, spa, entertainment zone and restaurants. Details to be announced (disneycruise.co.uk). 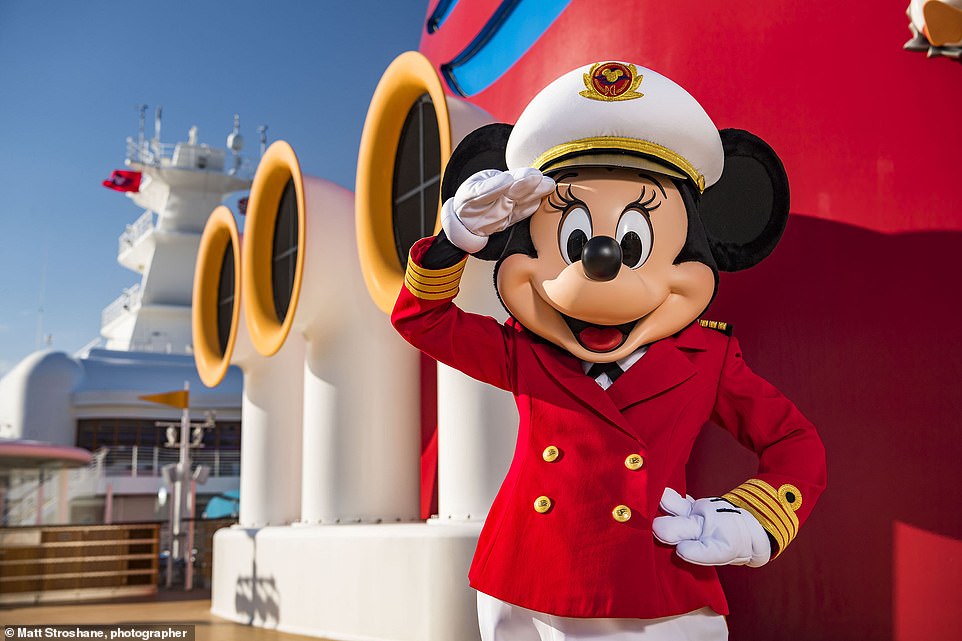 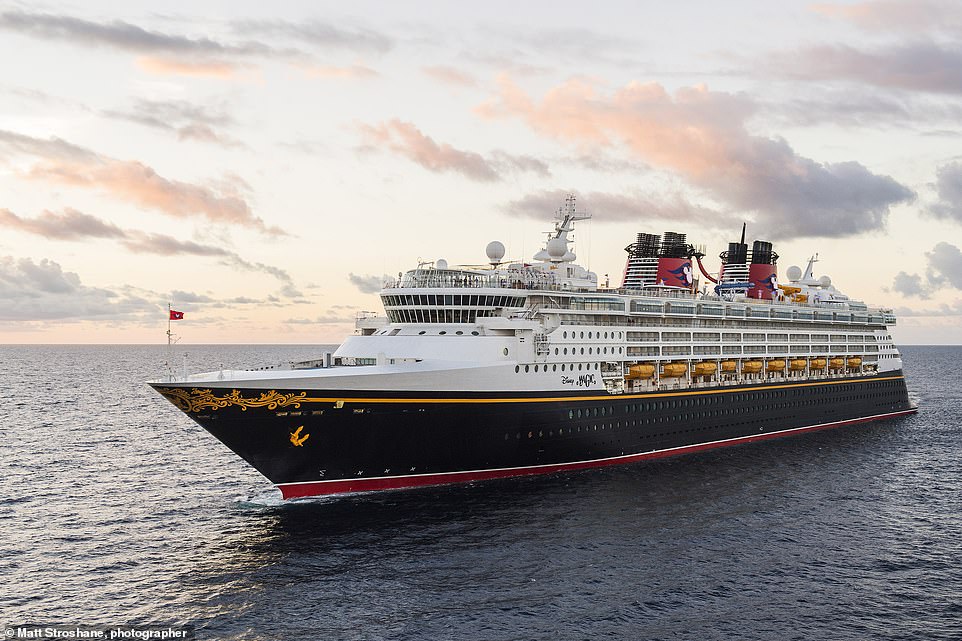 Saga’s new ship for the over-50s, Spirit of Adventure, and twin-sister ship Spirit of Discovery will sail on longer cruises with four excursions included (saga.co.uk/cruise). Spirit of Adventure sails from Tilbury for 15 nights on July 26, with 11 ports of call, including Dundee, Newcastle, the Isle of Man and Bristol.

A 14-night Great British Adventure round trip on Spirit of Discovery sails from Tilbury on July 1. All cabins have balconies and all-inclusive fares start at £3,375pp. 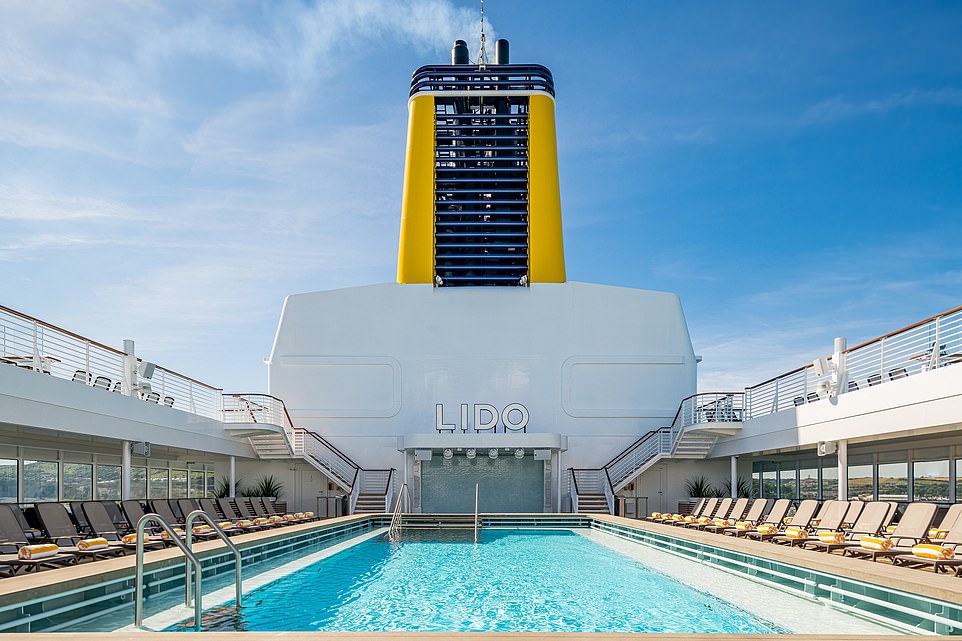 A 14-night Great British Adventure round trip on Saga’s Spirit of Discovery sails from Tilbury on July 1. Pictured is the ship’s pool deck 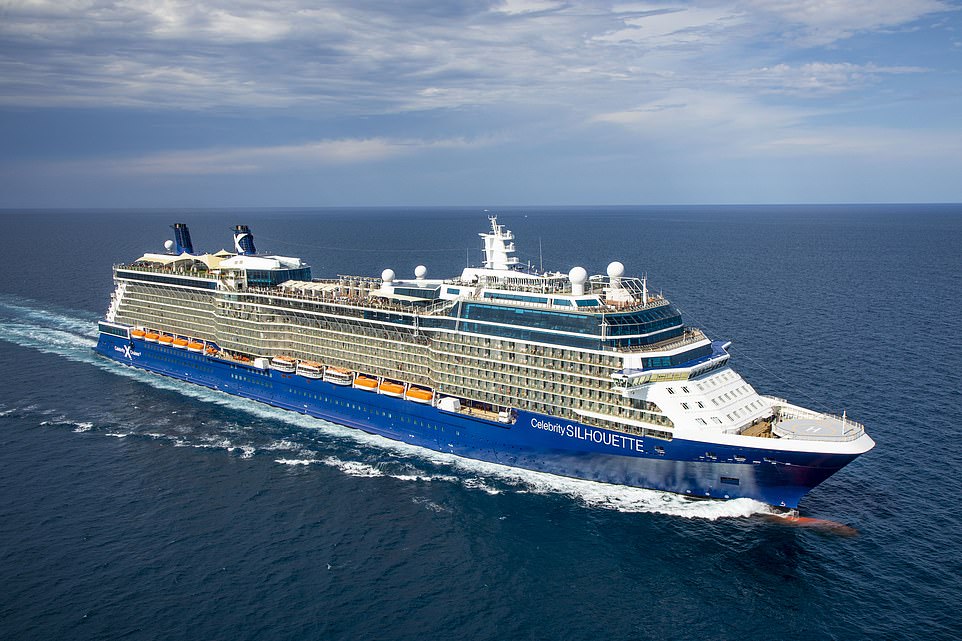 Revamped resort ship Celebrity Silhouette by Celebrity Cruises. It will be sailing six to eight-night UK cruises from July 3 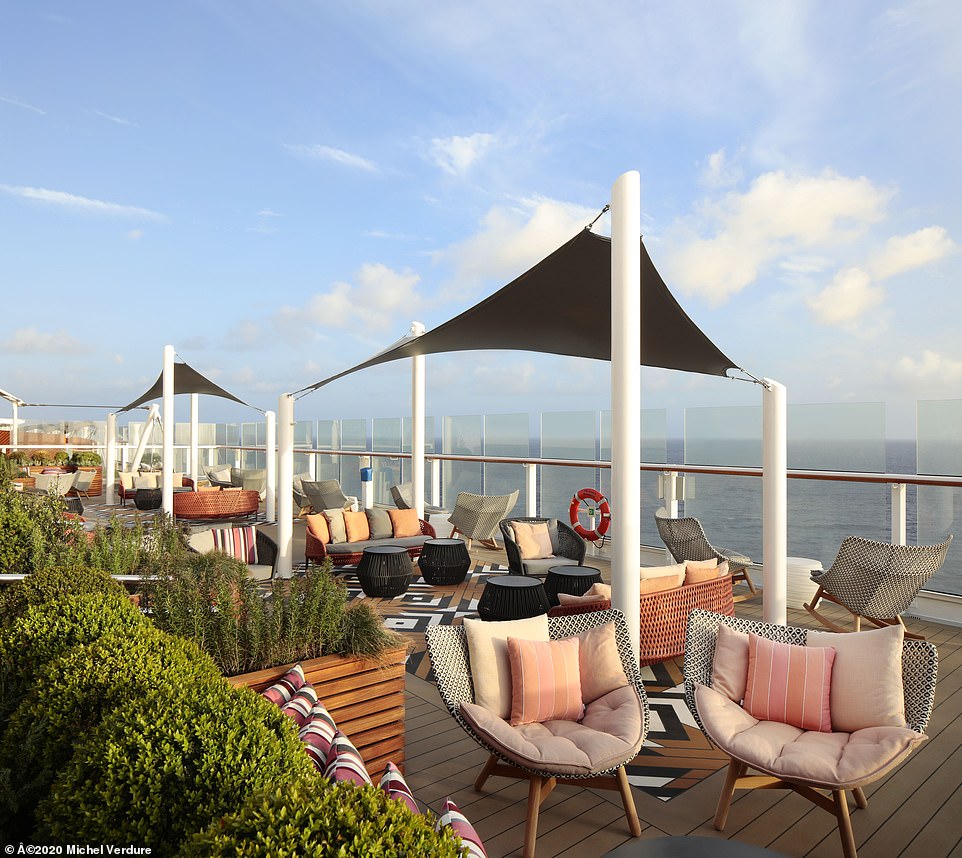 One of the outdoor lounges on Celebrity Silhouette. Fares for its UK sailings start at £1,069pp and include drinks, wi-fi and tips