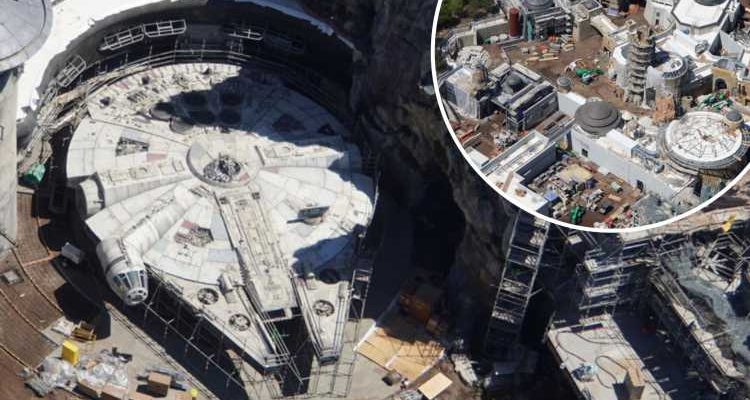 Fans of the franchise are no doubt eagerly counting down the days until it opens later this year.

Due to open on August 29, the images reveal the entire land as well as some of the innovative new rides.

The Millennium Falcon: Smugglers Run ride is nearly fully built, as one of two new rides.

The spaceship is the exact replica of the ship from the films, measuring more than 100 feet long.

As part of the experience, a team of six people will operate the spacecraft during an interactive experience that, just like the movies, will get a little bumpy. 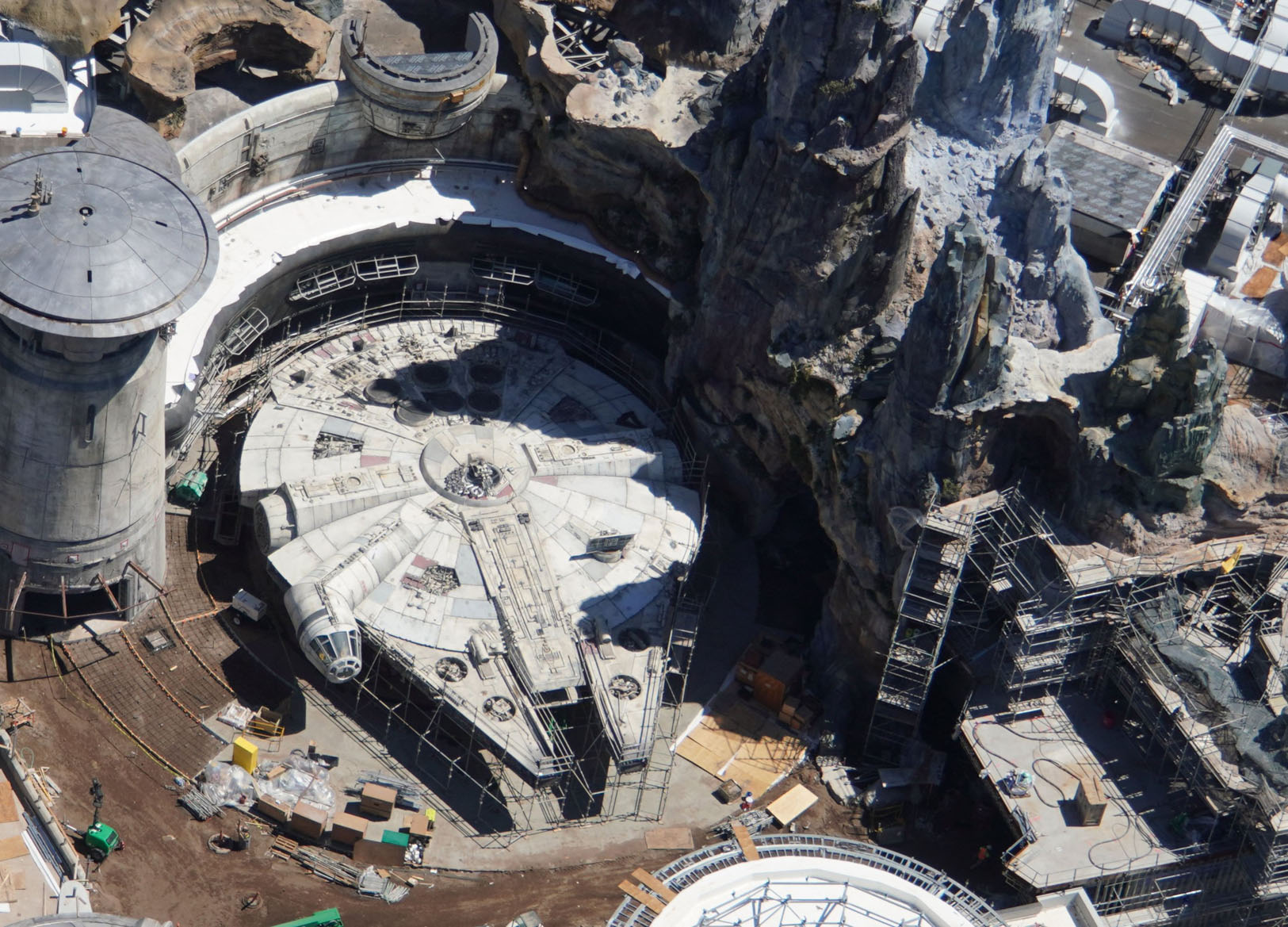 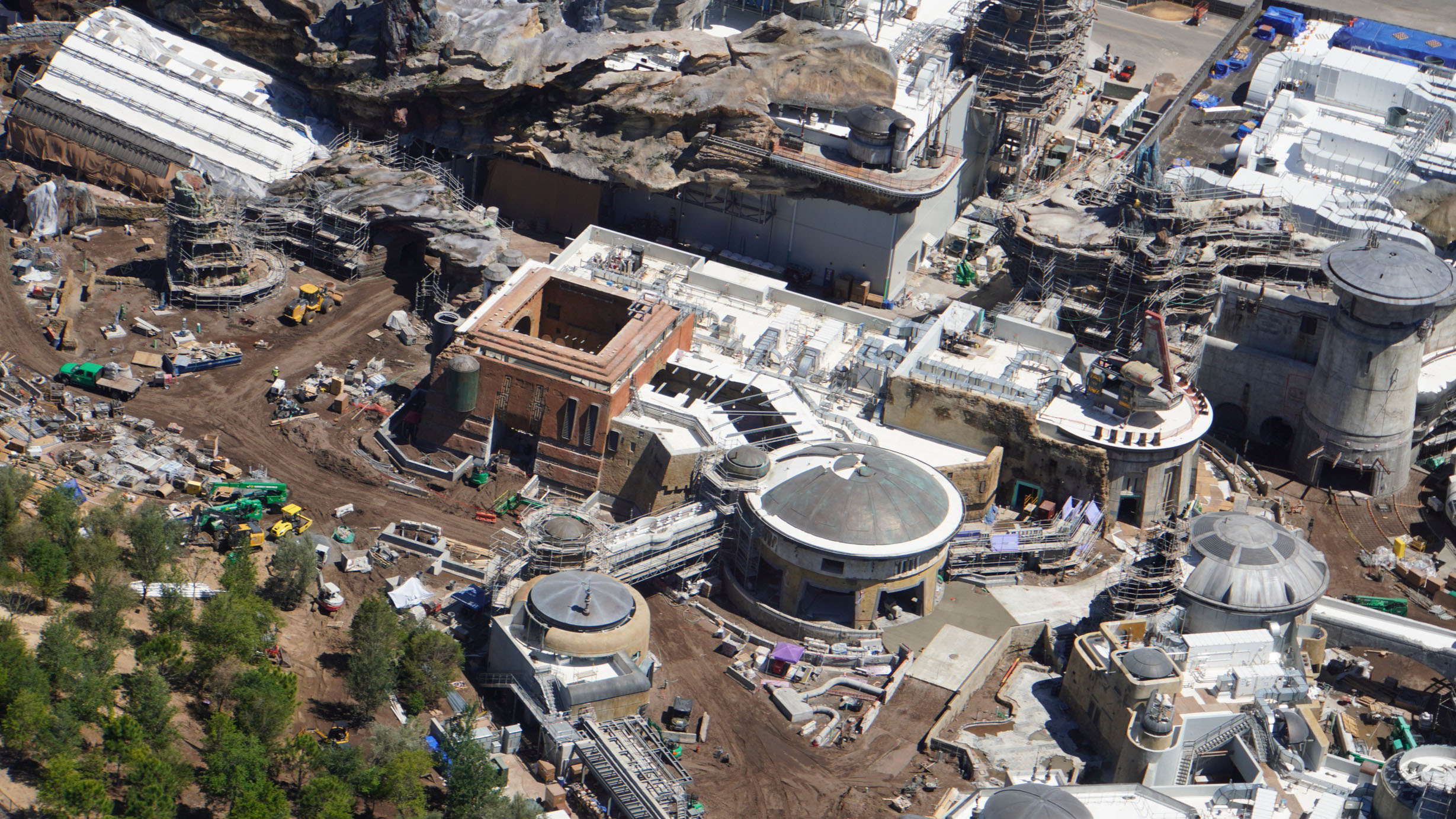 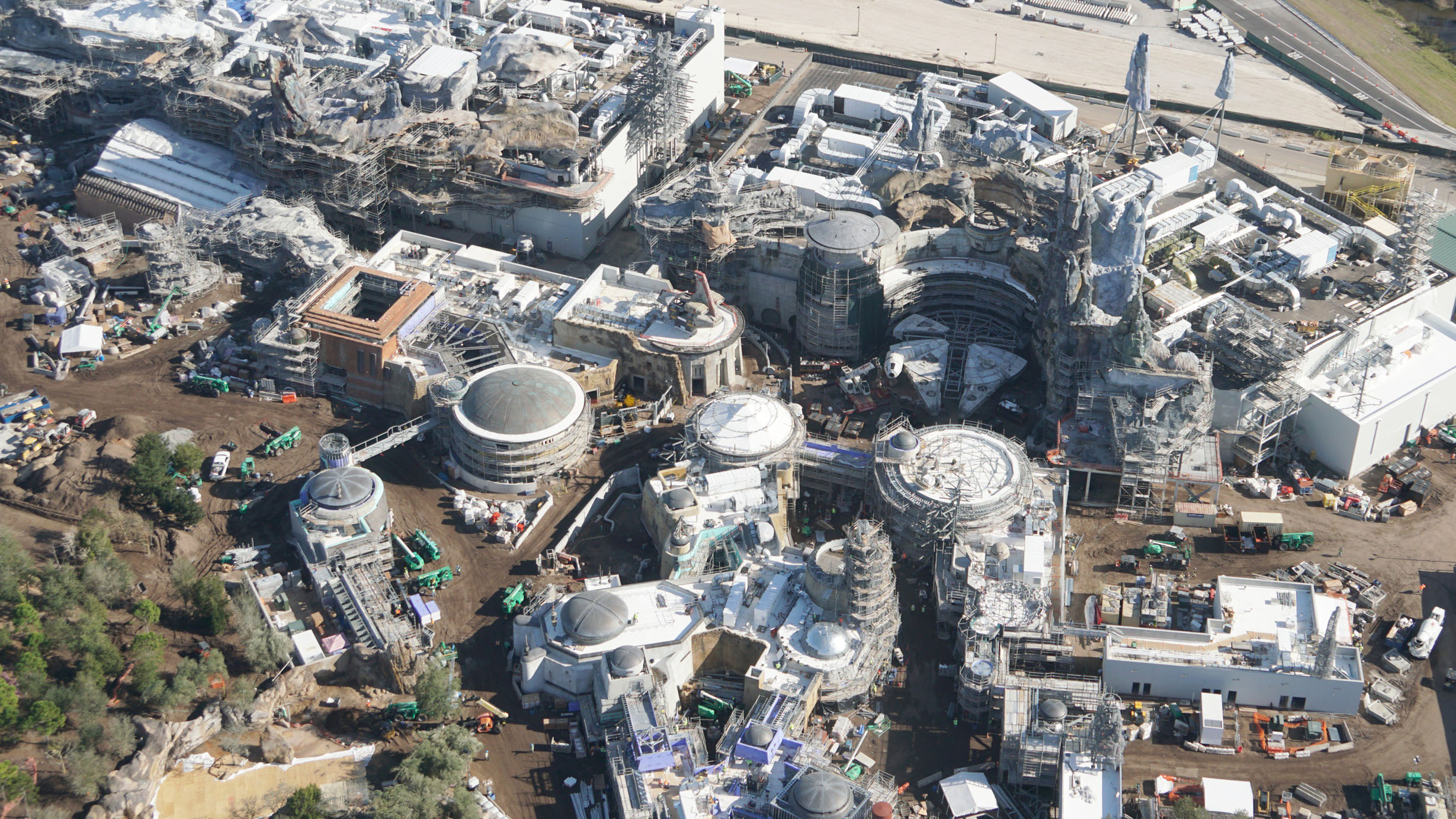 Modelled on an encounter with First Order fighters, the ride puts guests in the role of pilots, gunners or flight engineers to ensure their mission is completed.

Guests have been warned of long queues however, with up to six hours expected after it launches.

Another large attraction appears to be the second ride called Rise of the Resistance.

Guests will play as new Resistance recruits and go on a journey on a full-size starship. 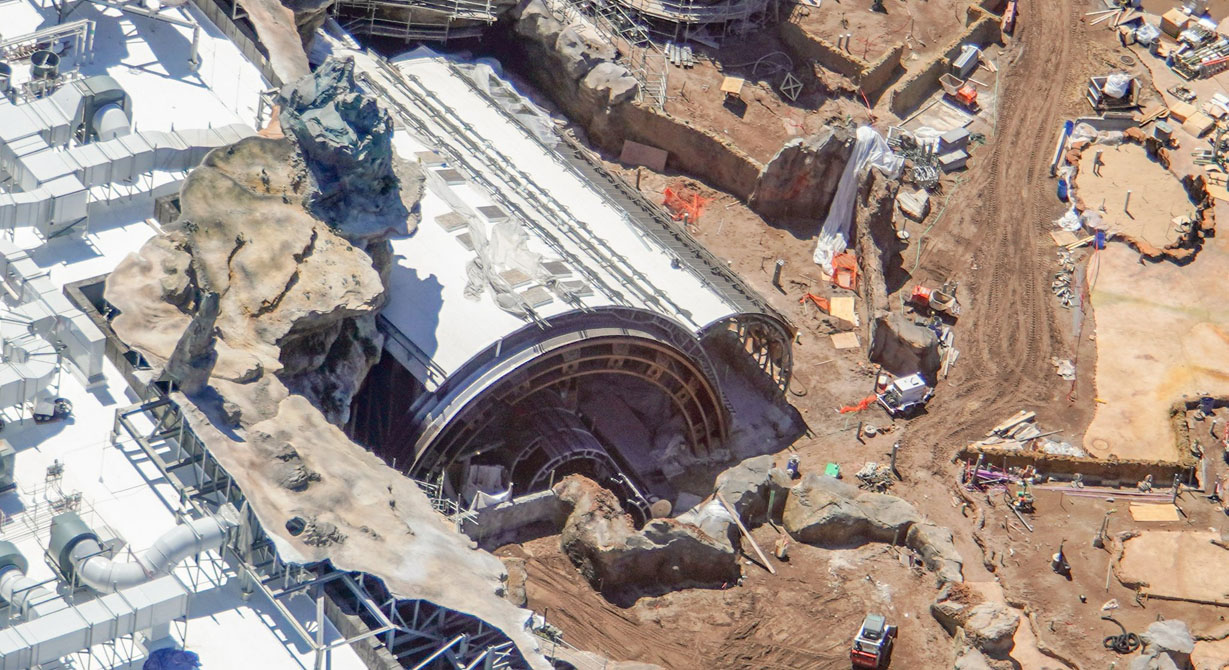 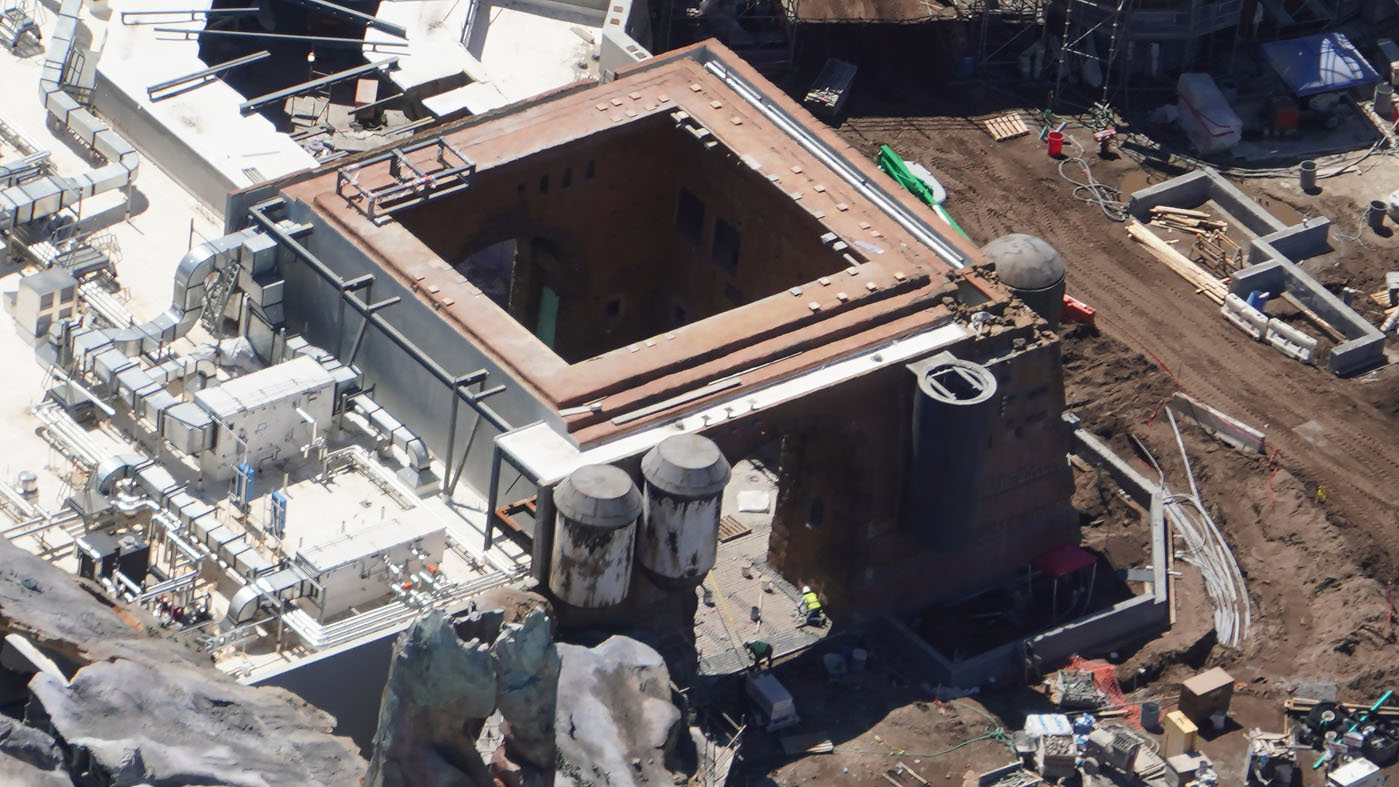 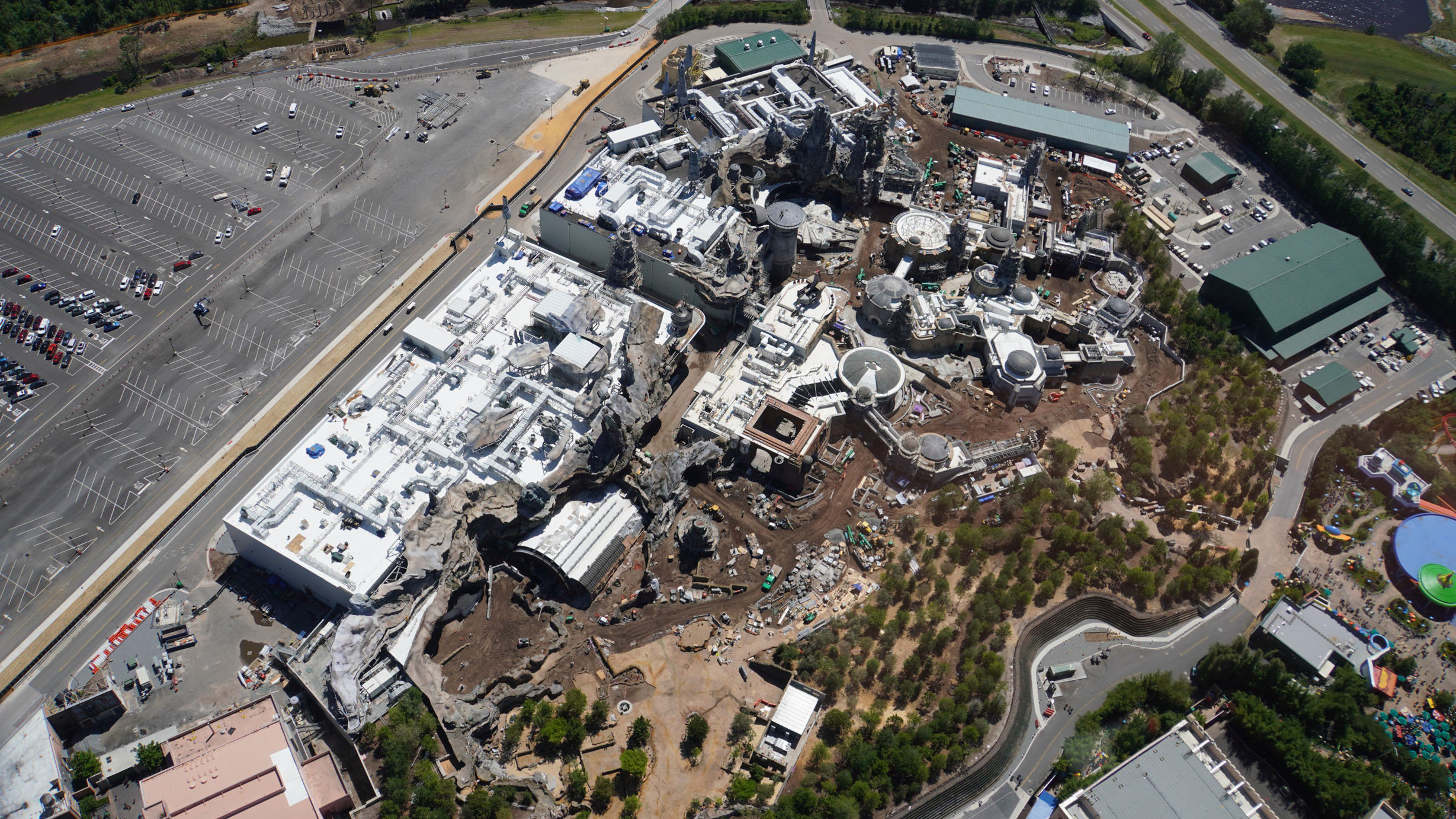 A hologram image of Rey will appear with a message before guests board their ship that takes off from Batuu.

It will then head into the orbit, only to be intercepted by a nearby Star Destroyer.

This sets up a climactic battle against military members of the First Order, who will probably give you a piece of their mind.

It is certainly one of the longest rides, with rumours it will be a whopping 28 minutes long.

Guests who visit the land will be given strict time slots of four hours to visit the park.

Star Wars: Galaxy’s Edge will open in Anaheim’s Disneyland on May 31, while opening in Disney World Orlando on August 29.

Disney World can enjoy a Star Wars themed Coca-Cola ahead of the new attraction.

Along with Sprite and water, the fun new bottles will only be sold at Galaxy's Edge.

Looking to save money at Disney World? Do your own cleaning in your hotel room and you can get given free gift cards to spend.