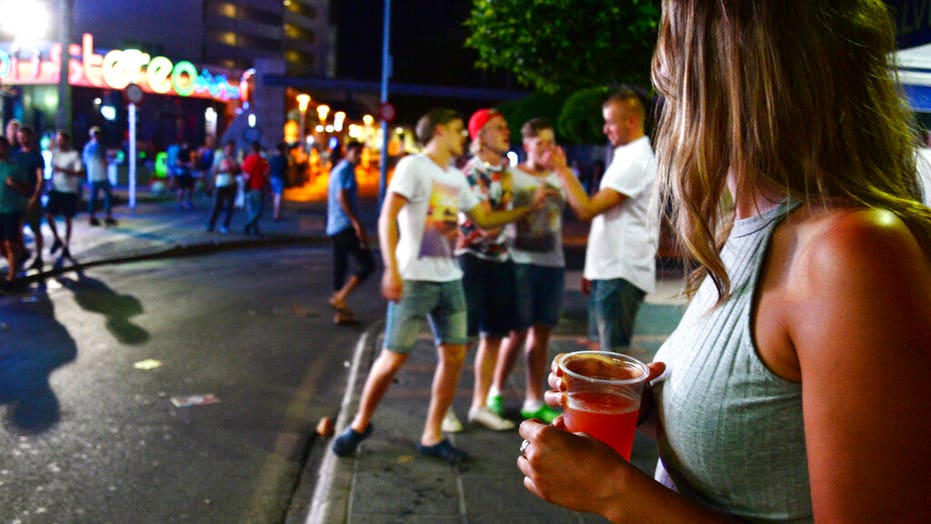 Authorities in Spain's Balearic Islands are fed up with the so-called "booze tourism" that some of its towns have become known for.

On Friday, the regional government of the islands, which include Ibiza and Mallorca, among others, passed a law that bans bars or tour operators from promoting or offering pub crawls, happy hours, or party boats in three popular tourist areas: Playa de Palma and Magaluf in Mallorca, and Sant Antoni de Portmany on Ibiza’s west side. 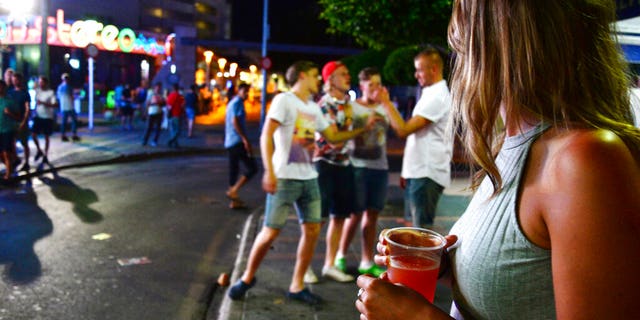 The regulations further prohibit the practice of “balconing” — whereby hotel guests jump from their balconies into pools, or to other balconies — across the entirety of the Balearic Islands. Hotels that fail to report or evict guests who partake risk incurring fines of up to 60,000 euro, or $66,900, the Agence France-Presse (AFP) reports.

"This is the first law adopted in Europe which restricts the sale and promotion of alcohol in certain touristic areas," the regional government stated in a press release cited by the AFP.

“We are going for a model of sustainable tourism and we want to improve relations between tourists and residents,” added Iago Negueruela, the region’s head of tourism, per El País. 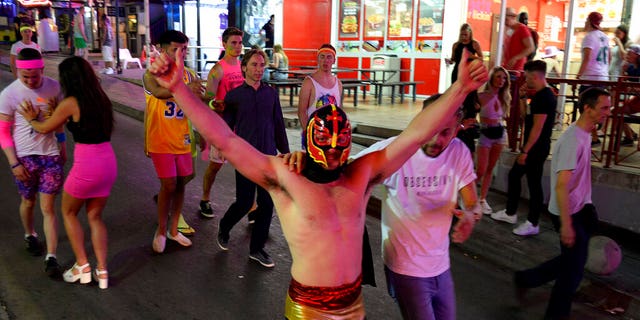 Officials hope the new regulations will curb not only wild behavior and fights, but help the islands move away from their reputations as party destinations.
(AP Photo/Joan Llado, File)

Officials hope the new regulations will curb not only wild behavior and fights but help the islands move away from their reputations as party destinations and restore their former reputation. Magaluf, for instance, had previously made headlines following the deaths of several tourists who fell from their hotel balconies, as well as a highly publicized 2014 incident, which was caught on tape, of a teenager performing oral sex on dozens of men at a club while a DJ cheered her on.

“It is time to shout from the rooftops that we don’t want this tourism,” the Majorca Daily Bulletin said about the incident after the 2014 incident.

In the wake of the new law, Negueruela further said he’s not opposed to expanding the restrictions to other areas of the region if need be. 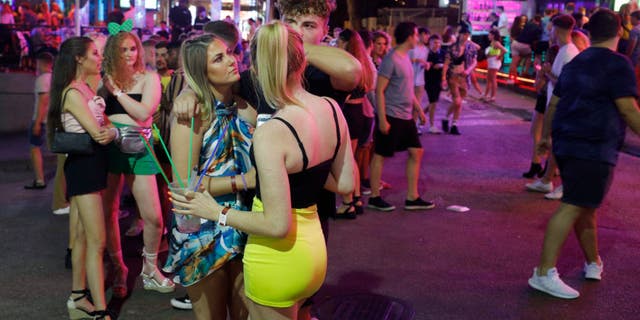 Over 13 million tourists visit the Balearic Islands — which include the larger islands of  Mallorca, Menorca, Ibiza, and Formentera, as well as several smaller islands — every year, El País reported.