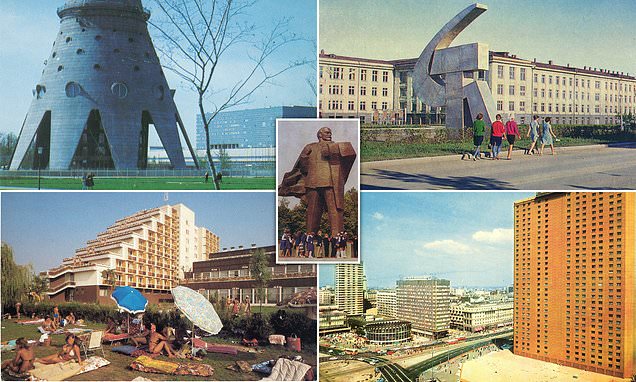 From the sinister to the surreal: Fascinating Soviet-era postcards show the Eastern Bloc in all its brutal glory

Here’s the Eastern Bloc as you’ve never seen it before.

We’re used to seeing pictures of an abandoned, crumbling Soviet empire, but these Soviet-era postcards, dating from the 1960s to the 1980s, try to paint communism in a positive light.

Though it was undoubtedly an uphill struggle.

There are brutal hotels, dreary blocks of social housing and fearsome statues. An uncompromising landscape in anyone’s book.

The postcards all appear in the tome Brutal Bloc Postcards, published by Fuel, which says: ‘They offer a nostalgic yet revealing insight into social and architectural values of the time, acting as a window through which we can examine cars, people and of course, buildings. These postcards are at once sinister, funny, poignant and surreal.’

Scroll down for the Soviet Union – sunny side up, cement factories and all. 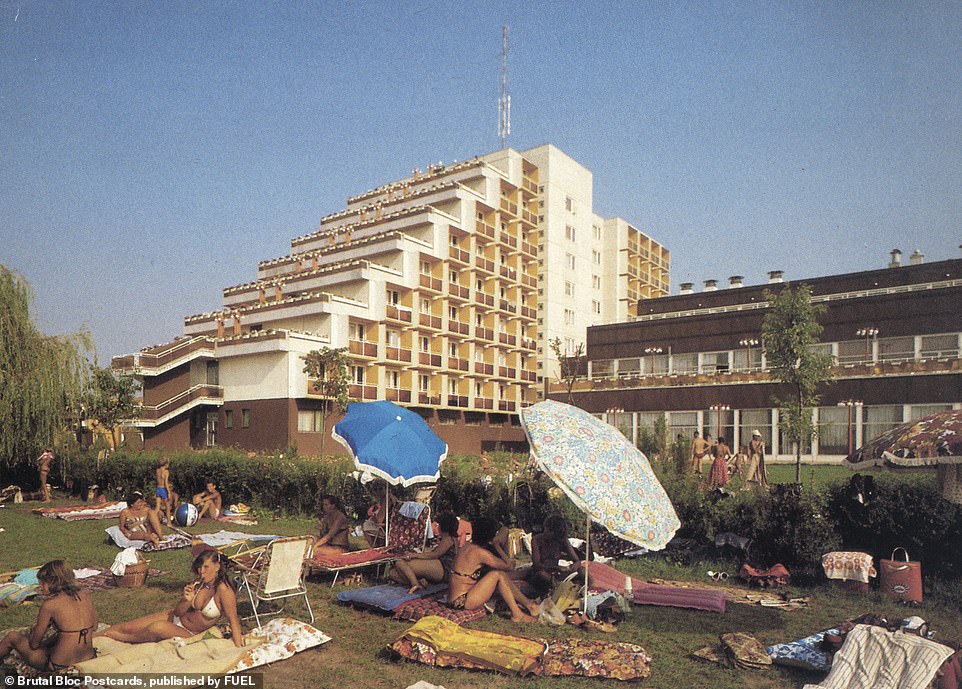 Sunseekers top up their tans in the garden of the recreational home of the Ministry of the Interior in the 1970s in Budapest, Hungary 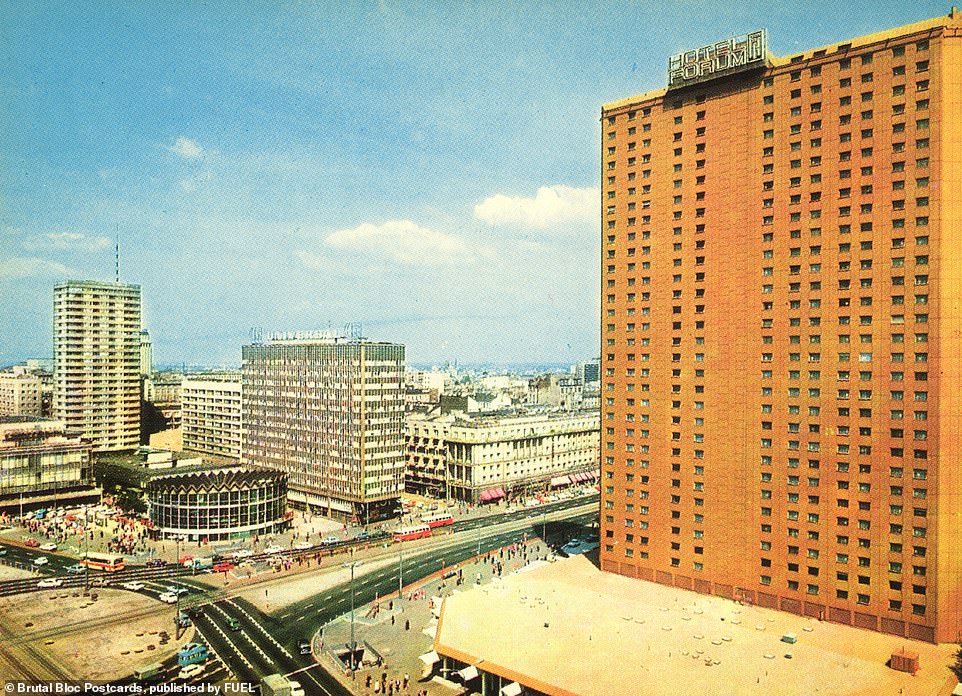 The skyscraper of the Hotel Forum, snapped in 1975, towering above the other buildings in Warsaw, Poland 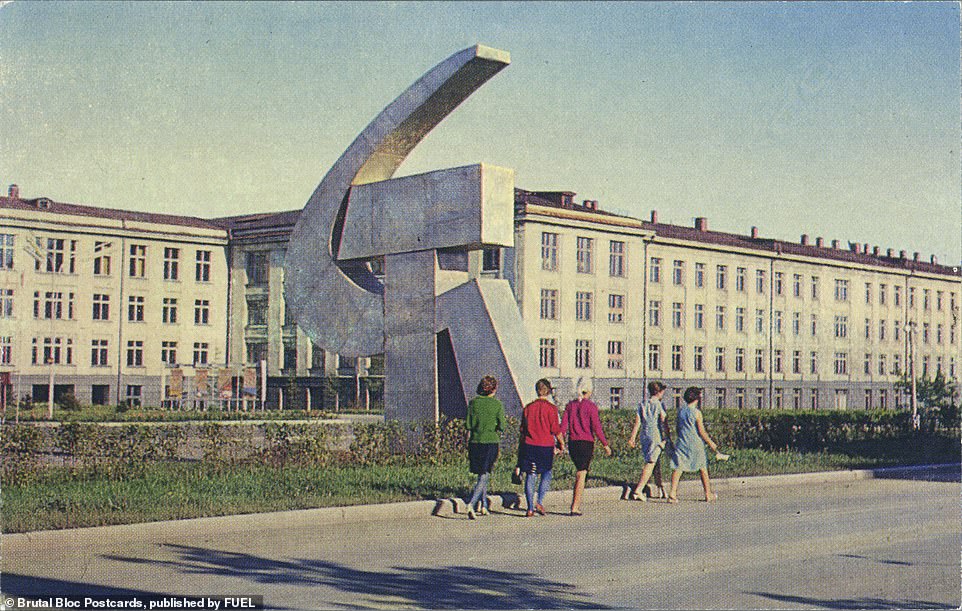 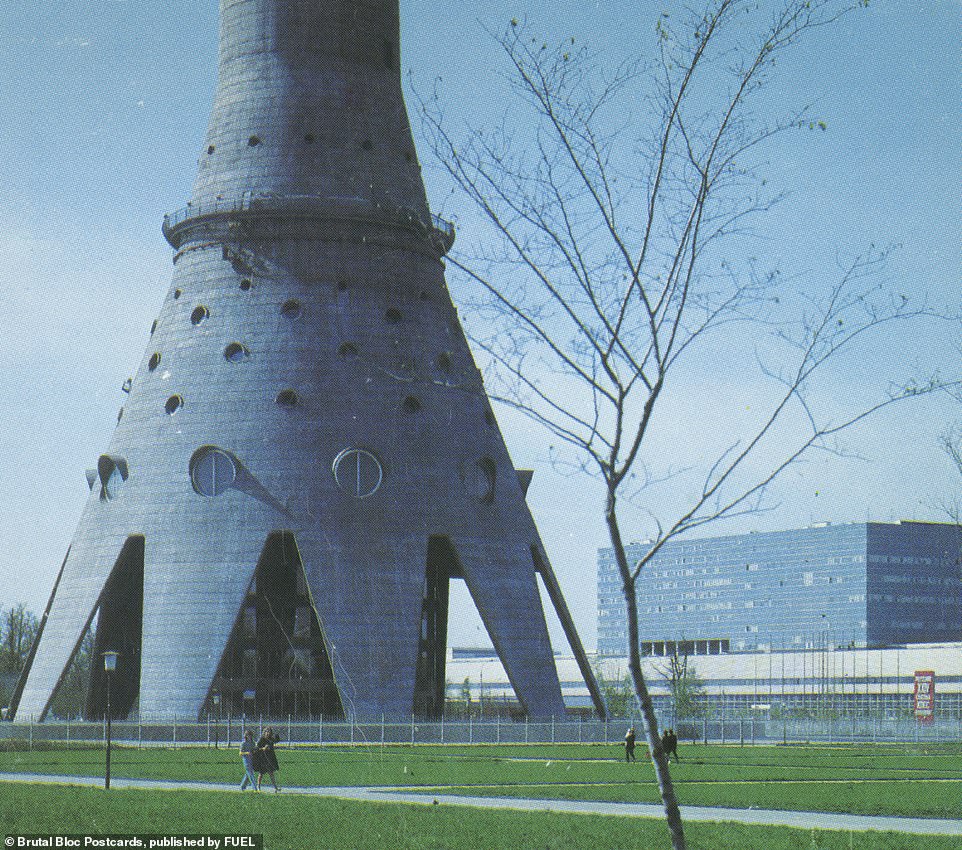 A postcard of an image snapped in 1967 showing the base of the Ostankino Tower, a TV and radio tower in Moscow. It was the tallest free-standing structure in the world from 1967 to 1976 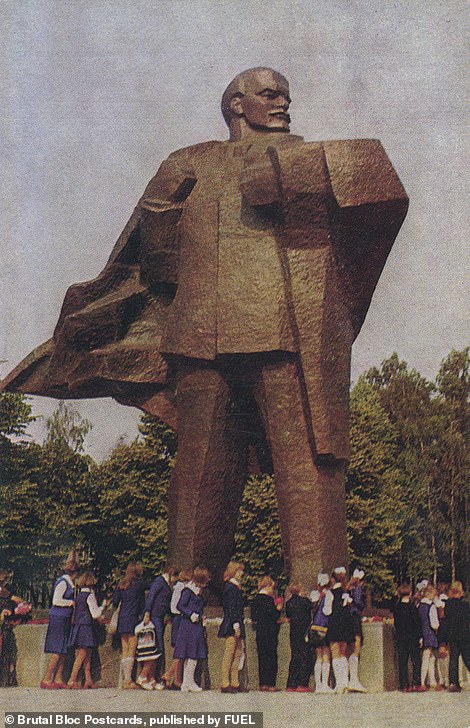 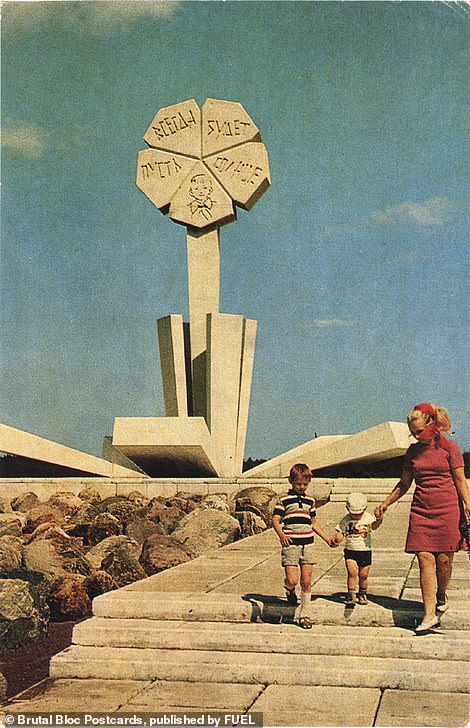 Children gather around the monument to V. I. Lenin in 1978 in the Latvian city of Jūrmala, left. Pictured right is the Flower of Life Memorial in the Vsevolozhsky District of the USSR in 1968 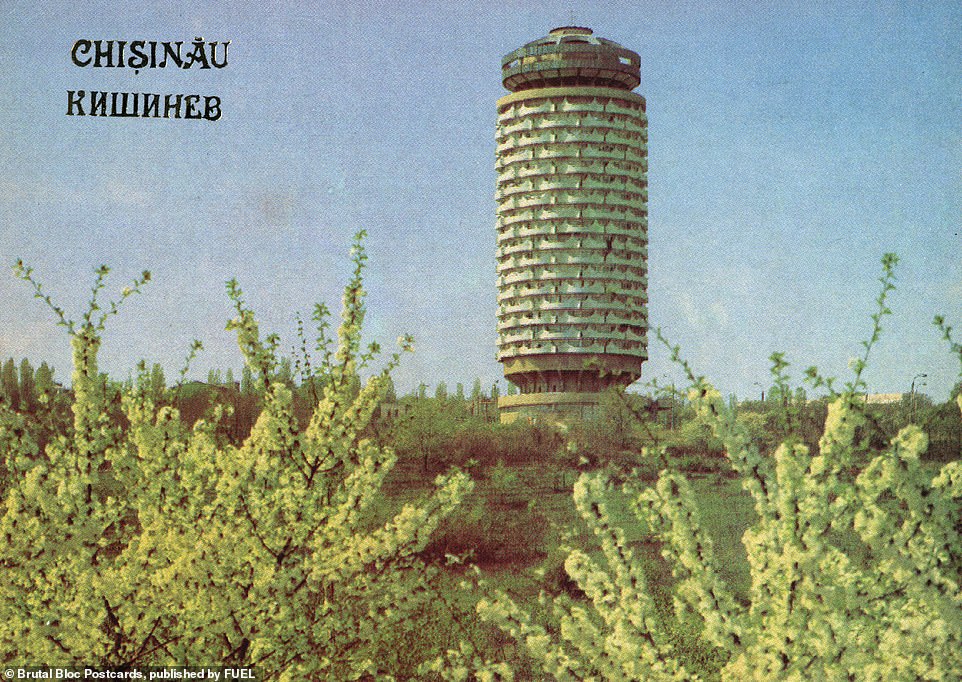 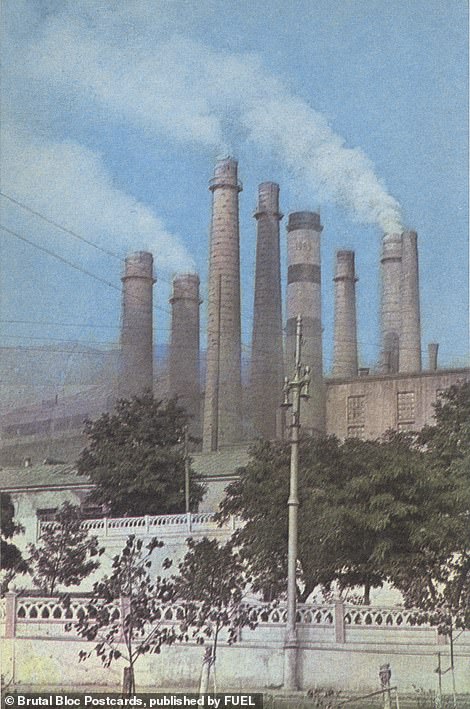 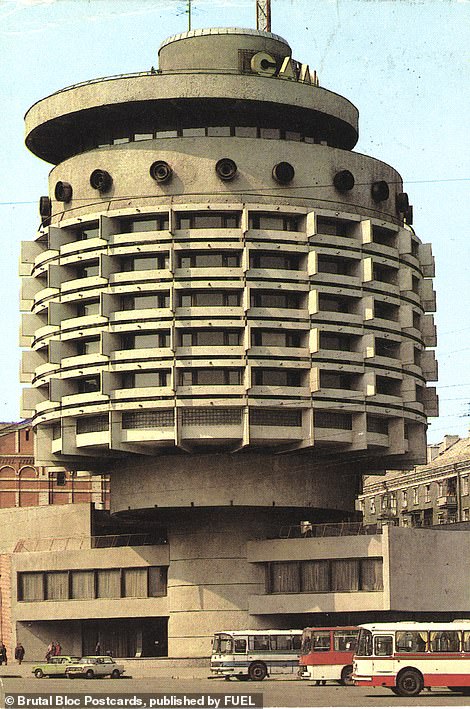 The ‘Proletarian’ Cement Works, pictured in 1968 in Novorossiysk in the USSR, left. Pictured right is the Salut Hotel in 1985, Kiev, Ukraine 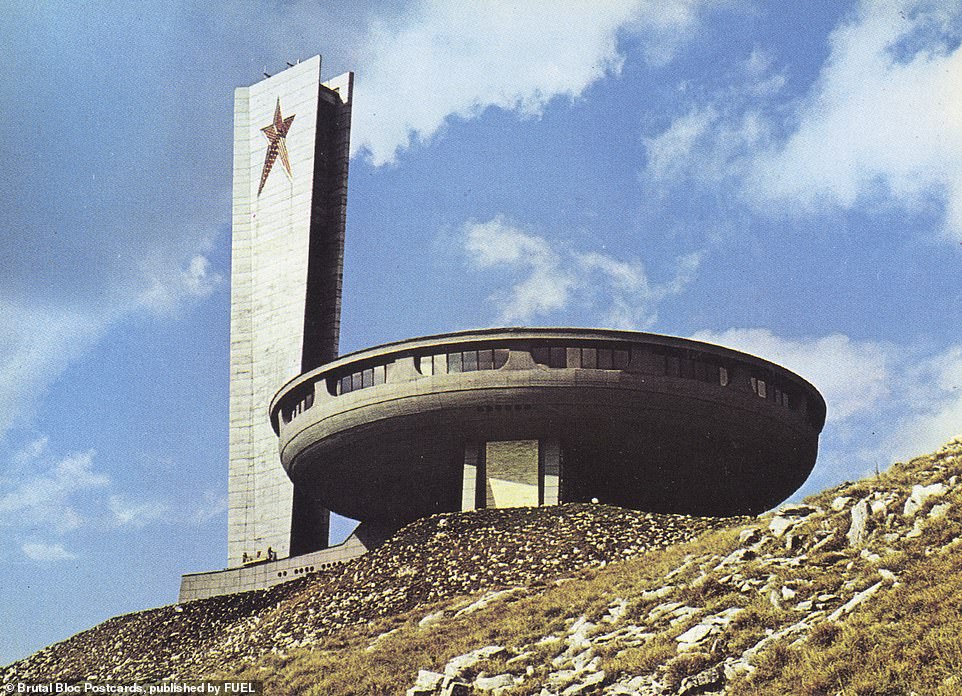 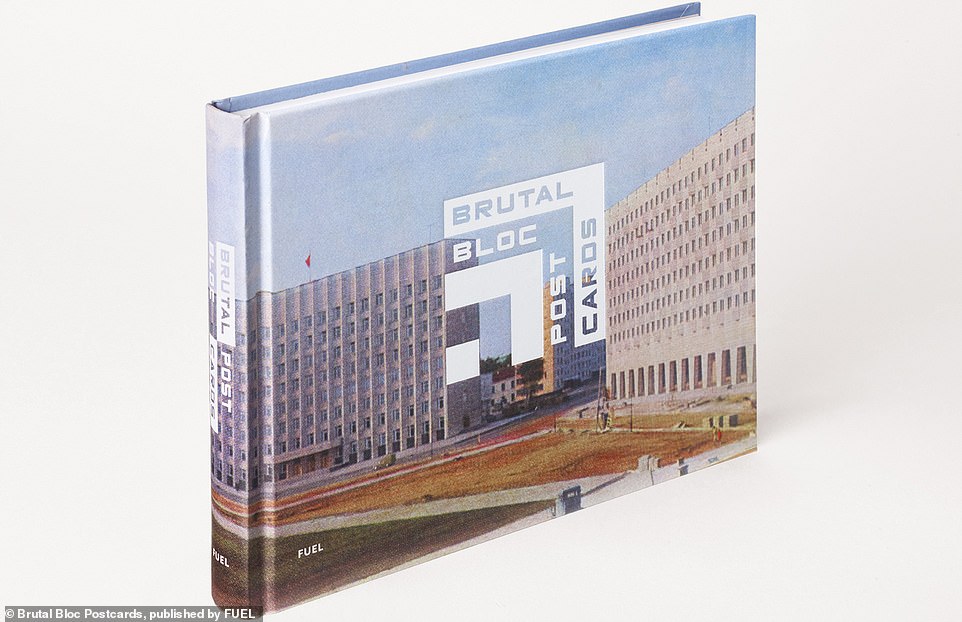 The fascinating images are just some of the postcards featured in Brutal Bloc Post, which is published by Fuel