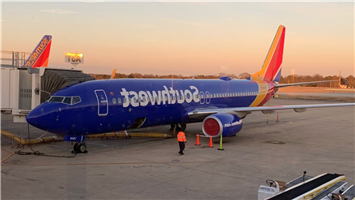 Southwest Airlines has ditched its plans to resume alcohol sales in June and July given a spike in in-flight incidents, including a an altercation between a flight attendant and passenger that sent the flight attendant to the hospital Sunday.

“Given the recent uptick in industry-wide incidents of passenger disruptions in-flight, we have made the decision to pause the previously announced restart of alcohol service onboard,” Southwest spokesman Chris Mainz told USA TODAY. “We realize this decision may be disappointing for some customers, but we feel this is the right decision at this time in the interest of the safety and comfort of all customers and crew on board.”

The airline did not say when it plans to resume alcohol sales. Other airlines have already brought alcohol back to some degree, but not all have. American Airlines is still not serving alcohol in economy.

To passenger cheers, Southwest last week announced the return of alcohol. It planned to resume service on Hawaii flights June 24 and other flights July 14.

The airline currently offers Coke, Diet Coke, 7 Up and water, options it only recently brought back after serving only water upon request.

Airlines cut back or eliminated food and drink service during the COVID pandemic to limit interactions between flight attendants and passengers.

Airline unions have spoken out against the resumption of in-flight food and drink service, especially alcohol, out of fear it will lead passengers to keep their masks off and also result in increased tension on board.