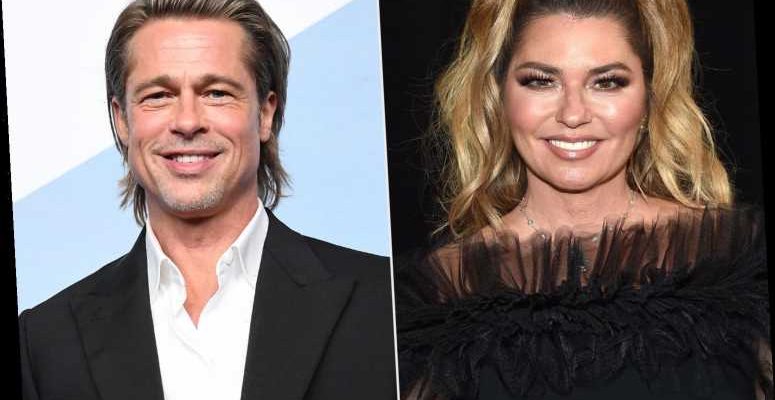 Shania Twain has a special birthday message for Brad Pitt, who turned 57 on Friday.

“Happy Birthday to Brad Pitt, I’ll make an exception for today,” the country singer wrote on Twitter, referring to a line from her 1997 hit song, “That Don’t Impress Me Much.”

The star previously opened up about why she included the famous actor in the track in 2017, telling Billboard that it had to do with a scandal that was unfolding in the news regarding nude photos of Pitt amid his split from ex Gwyneth Paltrow.

“I remember I had a girlfriend visiting me and it was near Christmas and we were baking cookies,” Twain said at the time. “I was writing this album and there was a scandal of [Pitt] and Gwyneth where there were naked photos of him.”

“And this was like, all the rage,” she continued. “I just thought, ‘I don’t know what all the fuss is about.’ I’m like, well that don’t impress me much, I mean what is all the fuss?”

The line in the song, therefore, was meant to downplay the controversy.

“We see people naked every day,” Twain said. “That’s really what I thought. I wasn’t picking on Brad Pitt. But that was just the association in that moment and things we make fusses about and whatever.”

Twain added, “Of course, it could have been any gorgeous guy.”

Twain also referenced the famous lyric earlier this year, when a Twitter user commented on how Pitt’s role in the movie Ad Astra features several different aspects from “That Don’t Impress Me Much,” including lines about how being a rocket scientist and having a car aren’t impressive features.

“Did no one realize that BRAD PITT just played a ROCKET SCIENTIST, who had a CAR?! THOSE ARE THE THREE THINGS THAT DON'T IMPRESS SHANIA TWAIN MUCH!!!” the fan wrote, to which Twain responded with a series of laughing crying emojis.