RYANAIR has been slammed for continuing to sell tickets for flights that are scheduled to travel on dates when there are planned strikes.

The strikes involve pilot and cabin crew at multiple bases and are set to begin this Thursday. 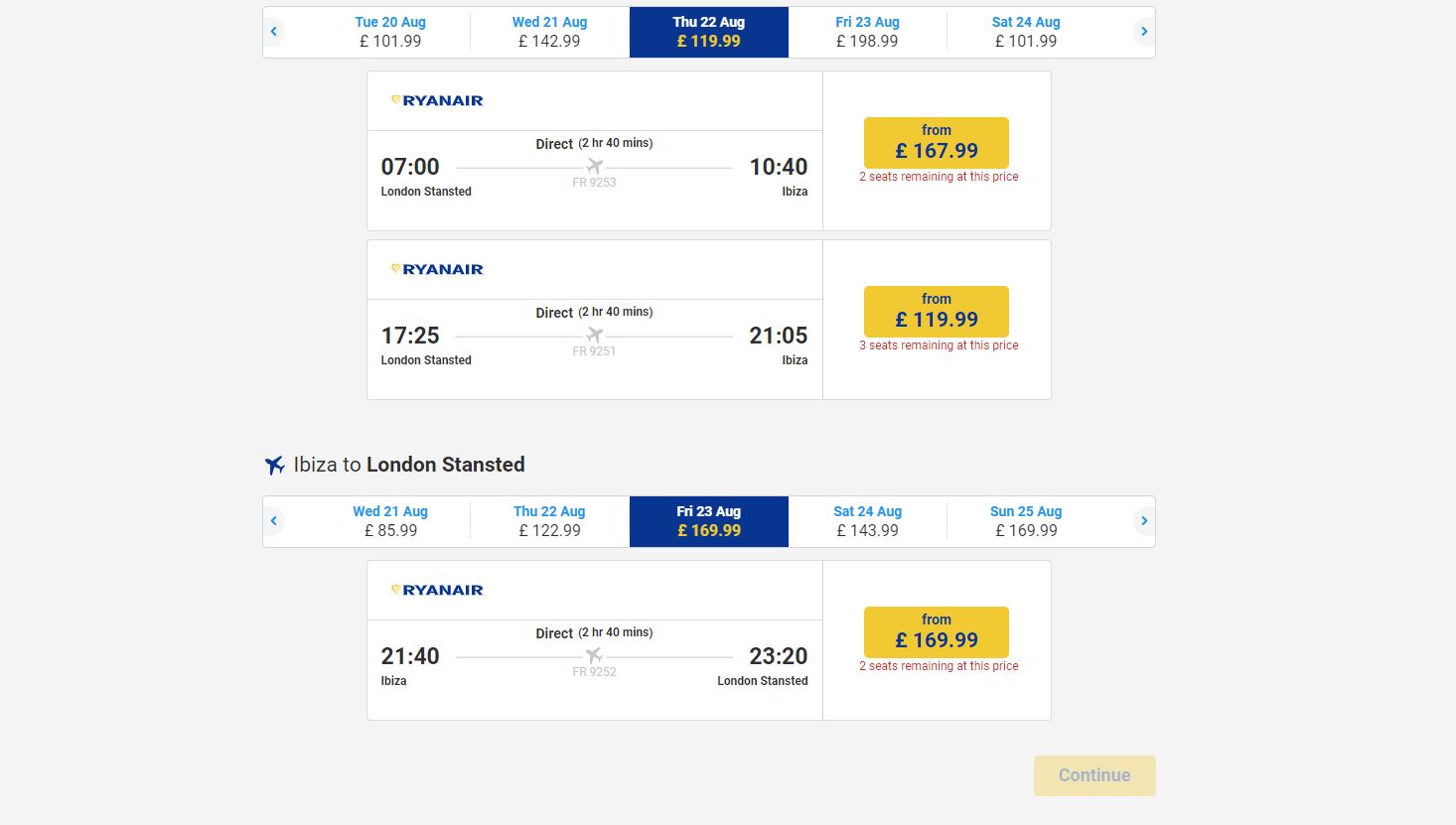 Ryanair's Brit passengers will most likely be affected by the strikes involving the airline's UK and Irish pilots, who have both planned to strike on August 22 and 23.

But UK pilots, who are represented by British Airline Pilots Association (BALPA), are also planning to strike from September 2 until September 4.

Ryanair is currently trying to stop both the UK and Irish strike via a court injunction.

BALPA said that they are still hoping to reach a resolution with the airline, but the airline has refused.

Will I get my money back if my flight is cancelled or delayed?

If your flight is cancelled, you have the legal right to either a full refund within seven days or a replacement flight to your destination.

This applies for whatever reason your flight was cancelled or how long before you were told it would no longer be be flying.

If your flight is delayed by three hours or more and you were flying to or from a European airport, or with an EU-based airline such as Ryanair or British Airways then you can claim compensation up to€250 (£229) for short-haul flights and €400 (£367) for mid-haul flights and €600 (£530) for long-haul flights.

But the airline might not payout if it's out of their control, for example, due to bad weather or strikes.

In a statement, BALPA General Secretary Brian Strutton said: “Ryanair pilots in the UK have a serious dispute with their company which will not be resolved by raising legal technicalities in the High Court.

"Their attempt to block lawful strike action is just another demonstration of the bullying tactics the airline appears to favour. It means all the time that could have been used to try to find a resolution will now be spent preparing for the court action."
He added: “It’s also worrying to see Ryanair continue to sell tickets for strike days – are they prepared to offer compensation to passengers if they are affected? I think they should tell passengers exactly where they stand.”

A Ryanair spokesperson said: “BALPA who represent a small number of highly paid UK pilots should not be disrupting the return holiday flights of UK families later this week when Ryanair Captains already earn £180,000 p.a and are now seeking unjustified pay increases of between 65% to 121%.”

The airline also said that it was warning passengers who might be affected by the Irish pilots' strike, which will involve "less than 25 per cent" of its pilots. 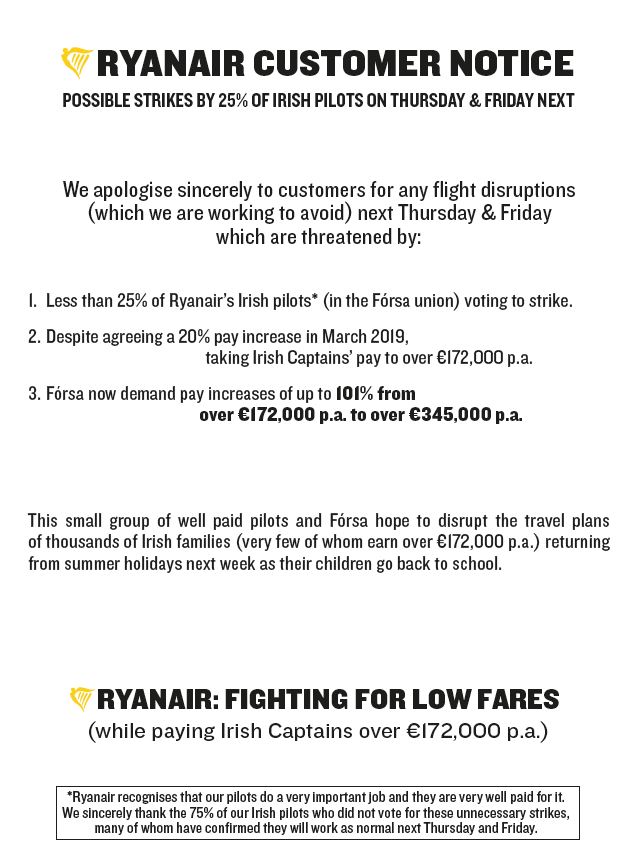 It follows Ryanair's announcement that it could cut 900 jobs.

The job cuts were as a result of the late delivery of Boeing's troubled 737 Max jets, which have been grounded since earlier this year.