A RYANAIR flight attendant has shared the secrets of flying with the airline – as well as the worst thing you can do as a passenger.

Holly Davies, who works for the low cost airline, told her 164k followers about her biggest pet peeve during a flight. 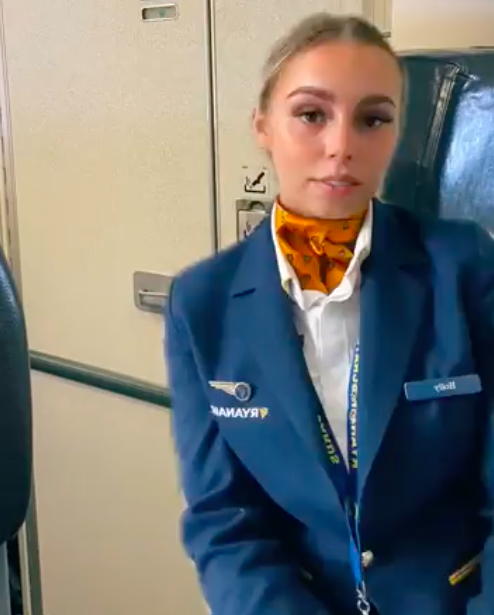 In her video, she shows a passenger asking to use the toilet during a flight to which she says "yeah sure, that's fine."

However, as the passenger leaves the toilet, she leaves the door wide open, to which Holly rolls her eyes and looks annoyed.

She then angrily shows herself closing it, and captioned the video: "Every single time."

The video has since been watched nearly 3m times, although Holly turned off comments.

It isn't the only annoying thing passengers can do in the bathroom during a flight – with anyone trying to use it before take-off being the worst offenders.

Cabin crew must alert the pilot if someone is in the toilet before the plane takes off – and he's not allowed to start take off until they're out of there.

A different flight attendant previously said: “Once the aircraft starts moving, there's always the fear of someone falling down, and we're in that position of liability if we don't let the captain know.”

There are also a number of secret latches and compartments which only flight attendants know about in bathrooms.

One of them can be found underneath the metal sign with the word 'lavatory' on it which is attached to the door.

Underneath the flap will be a catch that, once turned, will turn the lock.

The latch has its benefits – it allows cabin crew to get inside the toilet if someone is suffering from health problems, as well as help unlock it if a child gets stuck inside.

Joselin Lora, who works as a cabin services worker for Delta, also revealed the hidden cabinet you can open which has tissues and sanitary products in them. 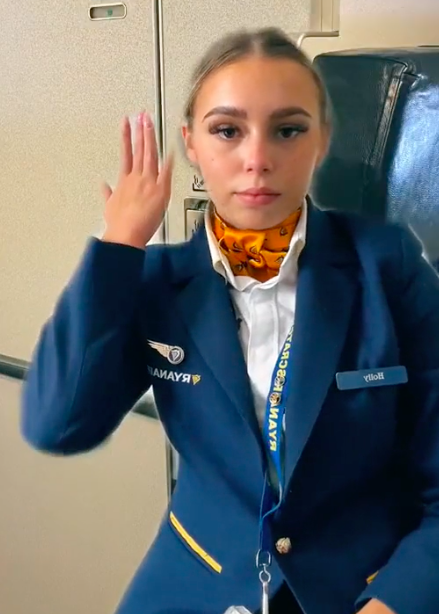