A GROUP of Ryanair passengers claimed the airline locked them up in an airport stairwell while their flight took off without them.

To add insult to injury, the plane had all their belongings on board – a major security breach. 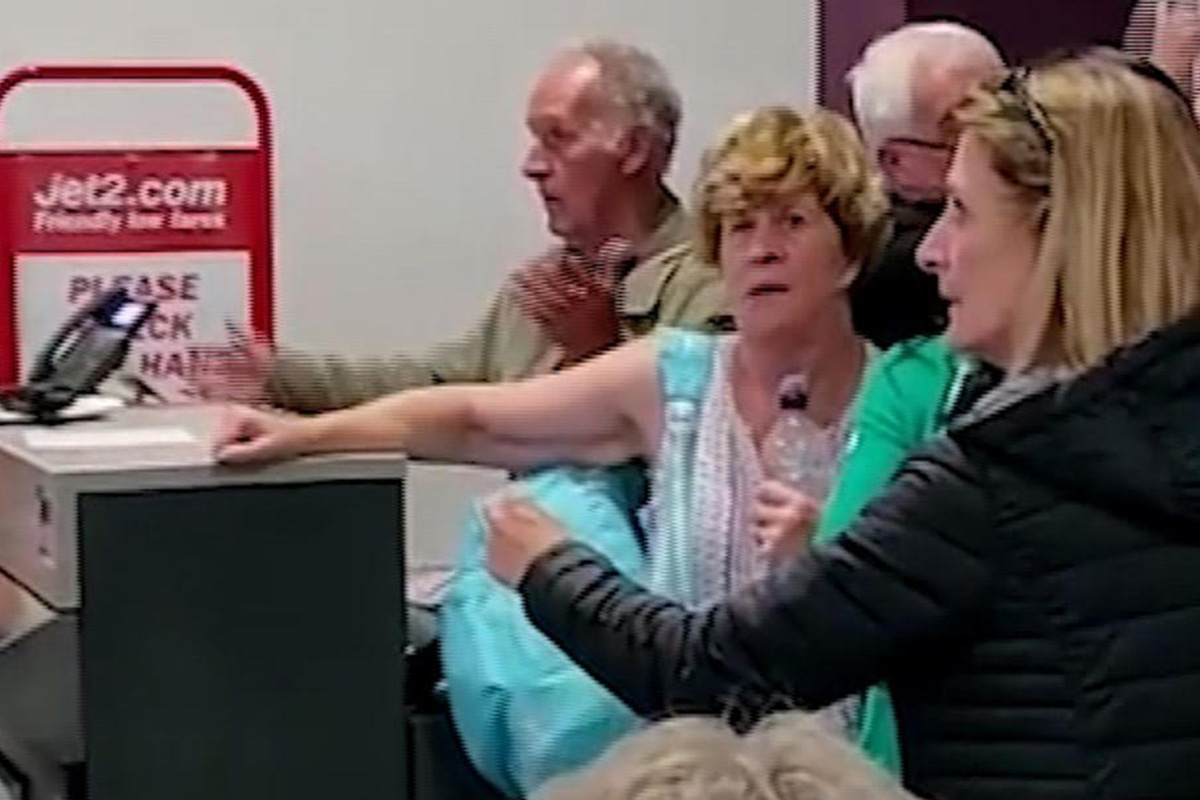 The passengers were scheduled to fly from Edinburgh to Krakow on Monday afternoon on flight FR6624 – but a number of travellers had failed to board the flight despite clearing security.

Instead, they were allegedly locked in a stairwell by staff.

One passenger on board claimed that around 30 people were left behind.

He tweeted: "First tweet! Ryanair flight FR6624 decided to just take off without over a dozen passengers, including me. WTF #[email protected]"

Later he added: "Sorry, just counted, 30 people. @Ryanair doesn't even have a desk at Edinburgh so poor Swissport need to deal with this." 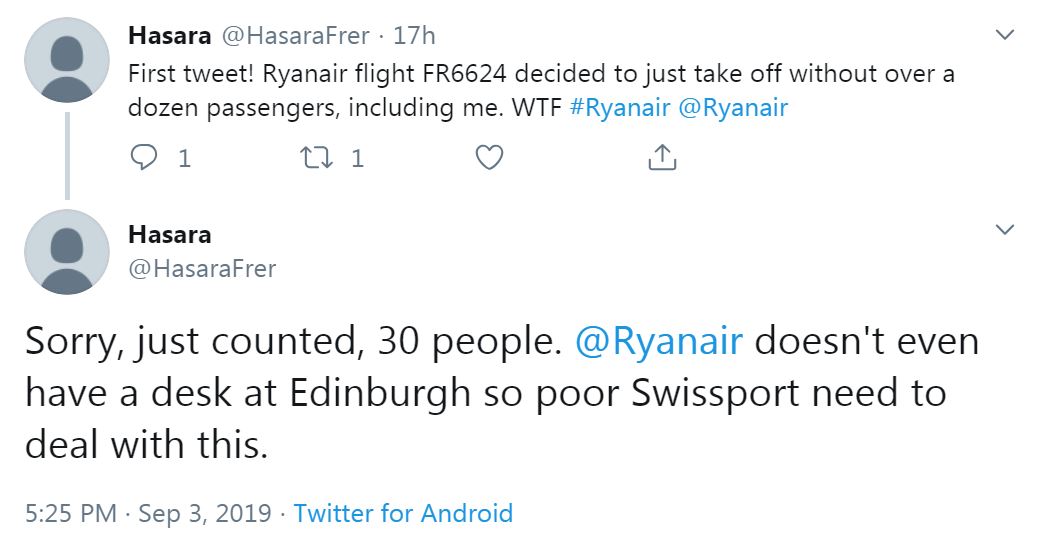 A video from the scene showed frustrated passengers crowd around the boarding gate while staff tried to placate them.

The stranded passengers were allegedly not told about what happened and claimed that they only found out that they had been left behind when some of them checked the flight's status online.

And the departing flight had all their checked bags on board, which represents a major security breach.

According to UK aviation security regulations, if a passenger checks in a piece of hold baggage, the airline must ensure that the individual who checked in the bag travels with that bag.

In order for checked bags to fly without the named passenger on board the flight, which is allowed under certain circumstances, the bag must go through additional security checks.

Mark Henderson, who was jetting off on honeymoon, told Daily Record: "We were all stunned because there’s no way that Ryanair staff didn’t know that we were not on board.

"Staff had came through us then got on the plane, locking us in behind them."

Mark accused the airline of making their take off slot a "priority" although this was not confirmed by the airline. 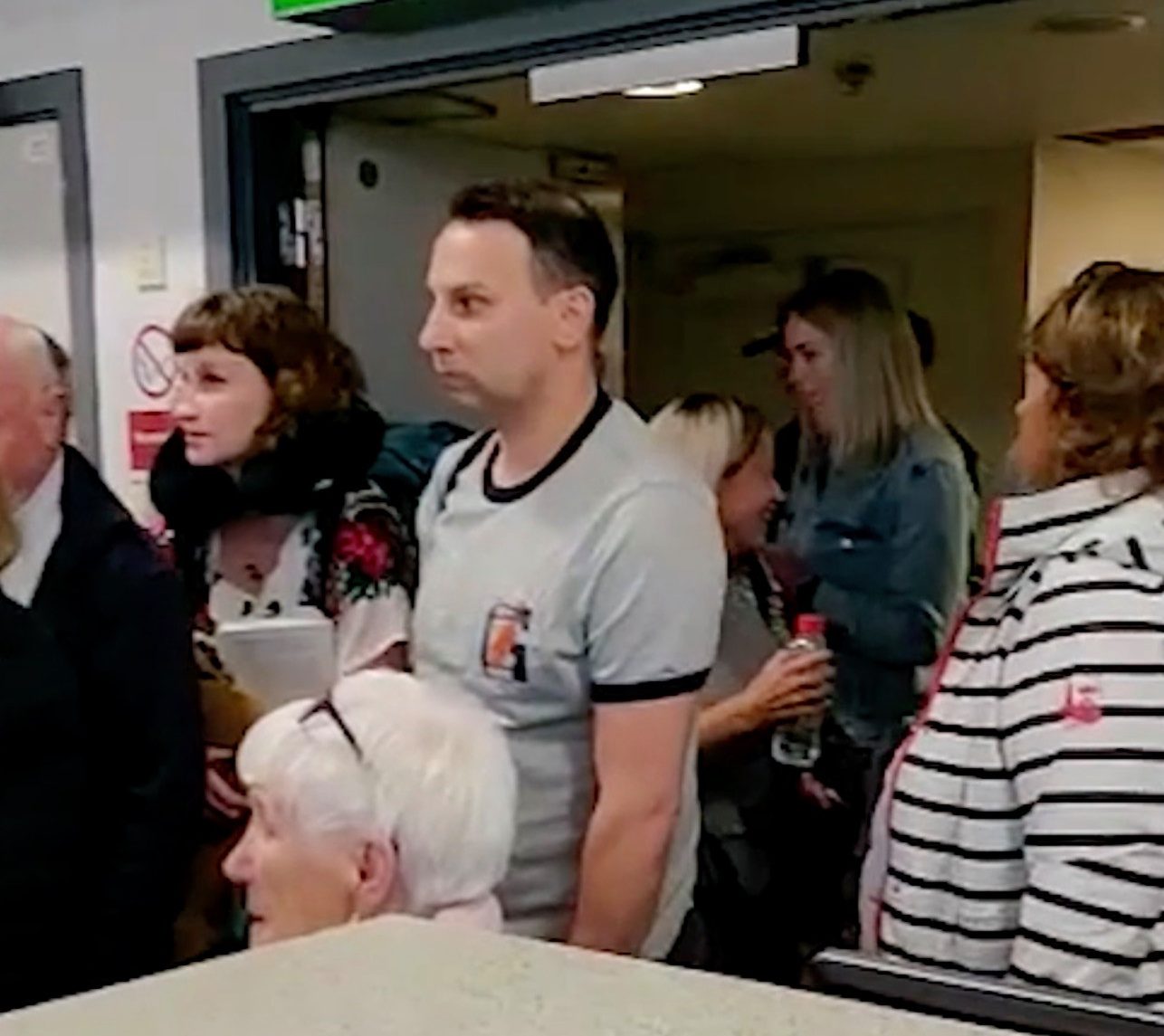 The passengers claim they were not let out from the stairwell, and instead had to break out from the locked area via an emergency exit.

After hours of delays, the passengers were eventually put on a later flight by Ryanair and arrived at their destination five hours behind schedule.

A spokesperson for Ryanair told Sun Online Travel: "We apologise to our customers for this incident (3 Sept).

"This is a matter for Edinburgh Airport’s handling agent Swissport".

A Swissport spokesperson said: "We can confirm that we are investigating a boarding issue on a flight from Edinburgh to Krakow where the flight departed without all passengers on board. We apologise to the passengers for the inconvenience caused and we are working closely with the airline to establish what went wrong.

"All passengers were given a complimentary refreshment voucher and were booked onto an alternative flight later that day."

Will I get my money back if my flight is cancelled or delayed?

If your flight is cancelled, you have the legal right to either a full refund within seven days or a replacement flight to your destination.

This applies for whatever reason your flight was cancelled or how long before you were told it would no longer be be flying.

If your flight is delayed by three hours or more and you were flying to or from a European airport, or with an EU-based airline such as Ryanair or British Airways then you can claim compensation up to€250 (£229) for short-haul flights and €400 (£367) for mid-haul flights and €600 (£530) for long-haul flights.

But the airline might not payout if it's out of their control, for example, due to bad weather or strikes.

A spokesman for Edinburgh Airport said: “This is an issue for Ryanair and Swissport and they are carrying out an investigation to find out what happened.

"We are pleased that Ryanair responded quickly by putting on an additional flight to ensure all passengers arrived at their destination and we were happy to facilitate that flight.”

Edinburgh Airport said that a threat assessment after the incident revealed that there was no security breach. 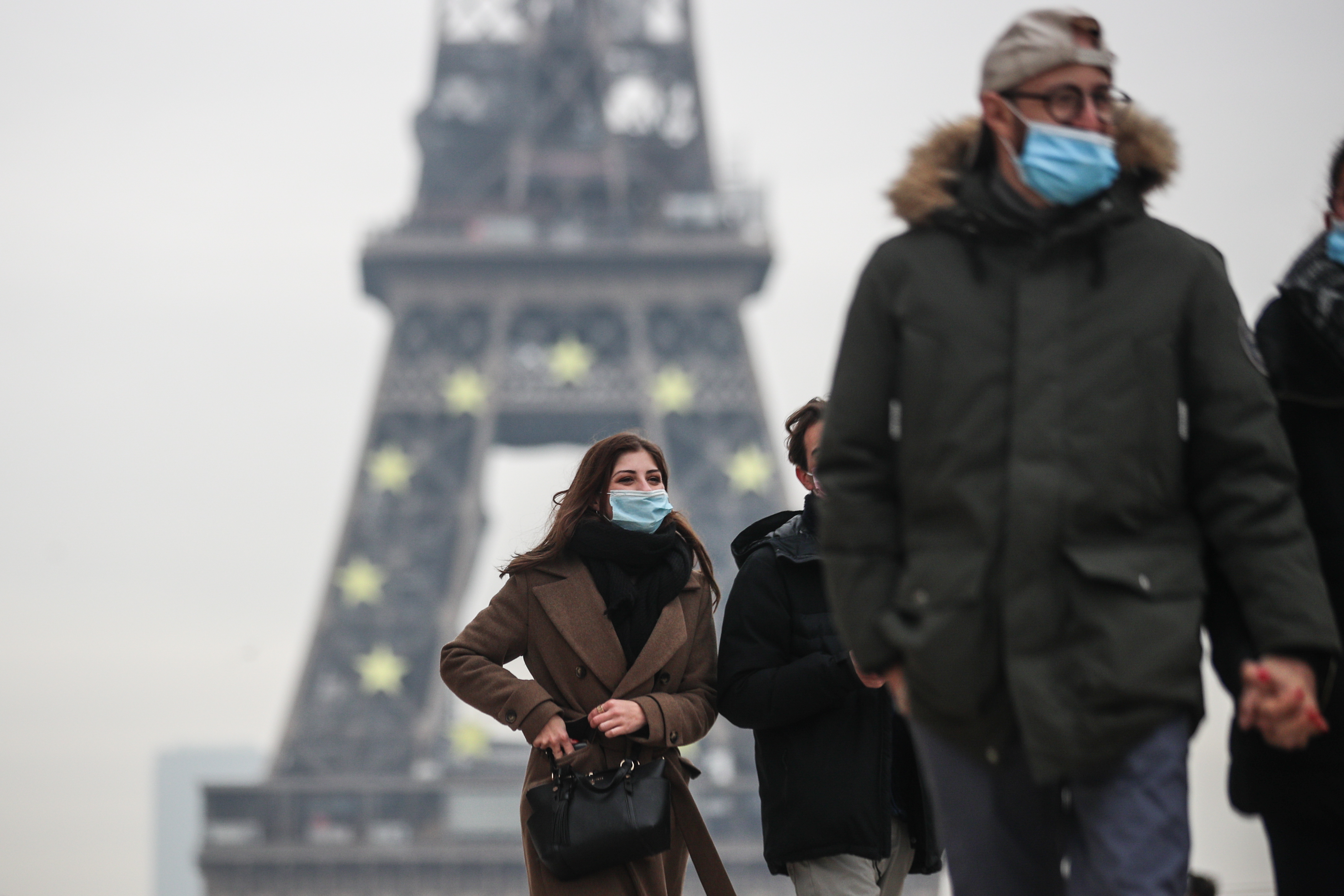 Ryanair's UK pilots represented by BALPA are currently on strike.

The airline's boss Michael O'Leary has just been promoted amid the strikes and news of job cuts.