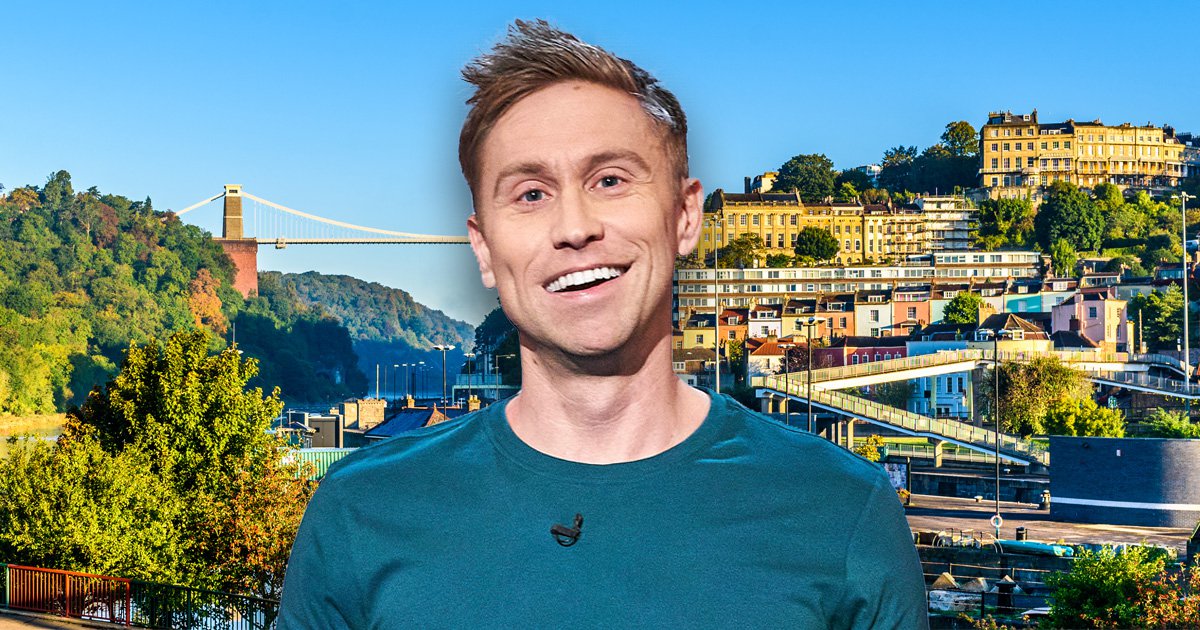 ‘I still call the West Country home — it’s where all my family are from,’ says the Bristol-born star of The Russell Howard Hour, who is currently touring the UK with his new show Respite.

‘It’s more the people of the West Country that I adore,’ Howard explains. ‘There’s a gentleness and a silliness in the people and the humour.

‘My childhood felt like I was in a huge Wes Anderson film. I have memories of being in pubs when I was a kid and these wild uncles coming up to me and, as they were holding up a cider, saying [in a West Country accent], “I could drink three pints of these, kill you, and not know I’d done it!” And then just go shambling off.

‘I would just be laughing as an eight-year-old, thinking, these guys are all mad, but I love them! There’s always those kind of guys around and they’re always funny and they are always strange.’

They’re the kind of characters who loom large in Howard’s stand-up shows, which are routinely full of warm, fuzzy family memories growing up with his brother Daniel, his actress sister Kerry and his cheerfully eccentric extended family.

His mum Ninette has become a telly star and local legend in her own right, of course, joining Howard for a series of globe-trotting travelogues involving everything from sumo wrestling to UFO spotting.

‘She lives just outside Bath now and she’s very happy,’ laughs Howard. ‘She adores getting recognised. She’s a real sleb down the garden centre.’

So where would he take a tourist?

‘There’s a pub called Tucker’s Grave Inn, which is in a place called Faulkland about 20 minutes from Bath,’ he says.

‘I think it’s called Tucker’s Grave because the door opens out on to a main road! And they have this cider that’s kind of nuclear and really deep orange. I’ve spent many childhood moments, weirdly, in that pub, so you’ve got to go there. It’s a quintessentially West Country wild pub.’

You have been warned…