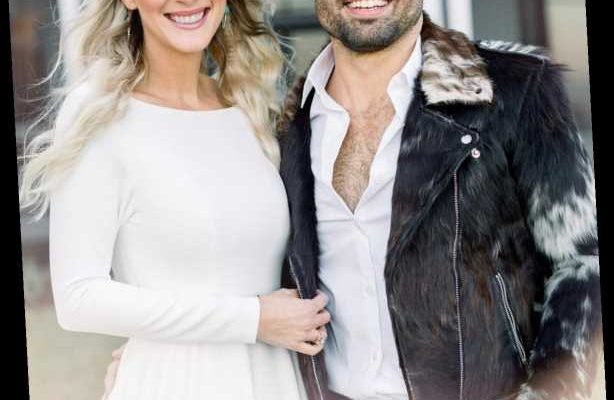 The "We Were Rich" singer — who is one-third of the band Runaway June — and the singer-songwriter tied the knot in Santa Rosa Beach, Florida, on Saturday, less than two weeks after their engagement.

Due to the coronavirus pandemic, Wayne, 38, and Moody, 29, opted to have a "very small" wedding ceremony on the beach with less than 20 guests, inviting only their immediate family and best friends. In early 2020, Wayne went through her own battle with COVID-19.

"We are taking COVID very seriously and have requested that all of the guests receive a recent COVID test before attending," the couple told PEOPLE ahead of their big day. "We are having the ceremony outdoors with plenty of room to social distance."

When the pandemic calms down, Wayne said they want to have "a big party in Nashville" to celebrate with all of their friends and family. The couple chose Santa Rosa Beach for their ceremony because they "love" the area and "really wanted to get married on the water."

"Jennifer grew up on the beach, and there's something so calming and healing about the ocean," Moody said. "We are having a boat 'sail off' after we tie the knot."

Though they were a ways away from their home in Nashville, the couple made sure to bring the "western flare" to the beach.

"It's a cowboy/cowgirl themed wedding," they said. "Everyone will be in boots and hats." In the wedding party, Wayne's sister, Annie Cadwell, and her best friend, Andrea Rothe, served as her maids of honor. Dianne Krus — whom Wayne called Moody's "guardian angel" throughout his 11 years in Nashville — married the couple, who wrote their own vows.

For the big day, Moody wore a custom-made jacket by Nashville-based designer Tyler Minor paired with blue jeans and a Stetson hat. Wayne wore a custom dress by Minor, which she described as "very simple and beautiful."

"The dress is made of crepe chiffon," she said. "It's a very classic style with some Bohemian and western flare."

"On their 10th anniversary, he matched the diamond and had it reset in a flower setting," Wayne said. "Austin used his grandmother's diamonds to create an engagement ring for me [made with help from my best friend's mom, Dobrila Pintar,] in the flower setting as well. So, I bought all of the ladies in the wedding birth month flower earrings from Local Eclectic to keep the theme."

After the ceremony, the couple hosted a "casual reception" with catered food from Cowgirl Kitchen, plus Duke bourbon and Caymus wine.

"Austin found a dog that had been left on the freeway," Wayne said. "He knew Natalie, and he knew she loved dogs. So, he sent the picture of the dog to Natalie, and Natalie said, 'Oh, Jen saves dogs … we need to send to Jen.' The rest is history!"

The couple's relationship came full circle on Dec. 28, when they got engaged after six months of dating at the same place they first met. Although it's been a bit of a whirlwind, the couple said they "couldn't wait a second longer" to get married. In order to keep their relationship strong, Moody said they "always put each other first, no matter what." But there's one exception to that rule for Wayne — "the dogs," Moody joked.

As to what they're most excited for about marriage, Wayne said that Moody can't wait to see "his last name" on her driver's license. "But, in all seriousness, we are both so excited to start a life and family together," she added.

Before forever, though, comes the honeymoon, which the couple said they're hoping to spend in Aspen, Colorado.

"We just got back from a pre-honeymoon at The Little Nell [hotel there]," the couple said. "We are hoping we can carve out some time in our schedule to go back. That place is magical!"

In 2021, Wayne and her Runaway June bandmates are set to join Luke Bryan on tour. Moody, meanwhile, will continue to release music from his album he co-produced with Mac McAnally and Keith Stegall. He is also working on a new project with legendary producer Tony Brown, where Wayne may have a feature.