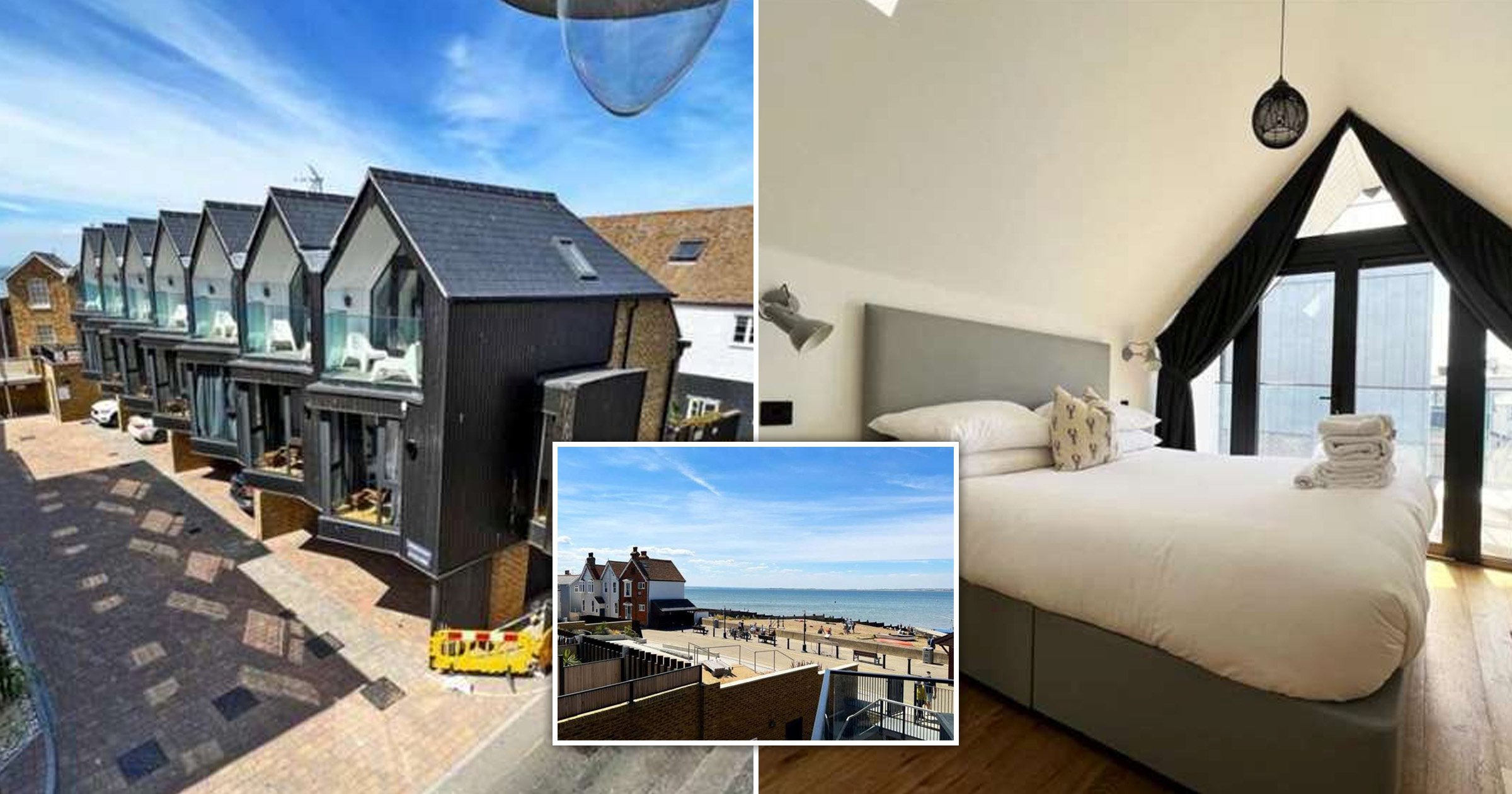 But the sale of one set of seafront homes in Whitstable, Kent, has provoked intense community outrage.

A row of gorgeous holiday lets have built in the area and, at a starting stay rate of £220, they are bound to attract tourists from up and down the country.

The reason for locals’ rage? The houses that now sit in the plot are being sold for £3.5million.

Consisting of one and two-bed houses, the site (which you’ll find on Sea Street) includes a Warehouse plot that was previously owned by Canterbury City Council, which was home to a park for more than 50 years.

Council bosses insisted 12 months ago the site ‘had to be combined with the land to ensure its transformation from a derelict scrubland.’

Locals in the community, as you can probably imagine, are frustrated by the price difference and believe the council should have sold for more money and that the land should have gone towards something community-based, rather than more holiday homes.

The seven cottages in Whitstable, Kent, which each boast accessible car parking spaces and beautiful views of the sea, have been given their hefty price tag by estate agency Christie & Co.

They said the properties generated £430,000 in income from holidaymakers in the past year alone.

It’s not just Whitstable locals who’ve shared their concerns. The sale actually resulted in a High Court challenge. And although the judge ruled that the council did not get the best price for the 0.2-acre plot, the sale was still able to go ahead. Seven luxury lets now dot along the Whitstable seafront.

Graham Cox, of residents group the Whitstable Society, said: ‘It was sold for a pathetically cheap price. It was a missed opportunity for the council on a massive scale.’

Along with the holiday lets, the site is also home to eight luxury homes, but they don’t come cheap. They were marketed for around £10million combined last year.

Cox added that these properties are part of a wider problem where more and more holiday lets are popping up around the area, something many seaside residents across the UK share their concerns over.

‘They’re adding to the serious problem of making the area dead off-season. The streets behind the beach seem to be 80% holiday lets and holiday homes,’ he said.

A spokesman for Christie & Co said: ‘The Warehouse Cottages represents a rare opportunity to purchase a high-quality, purpose-built terrace of seven holiday cottages on the seafront.’

Responding to the sale this week, Canterbury City Council spokesman Rob Davies said: ‘The issues around the sale of the Oval Chalet site have been fully investigated. Lessons were learned and processes have been changed.’

He added: ‘As such, we have no further comment to make on this historic matter involving a sale eight years ago.’