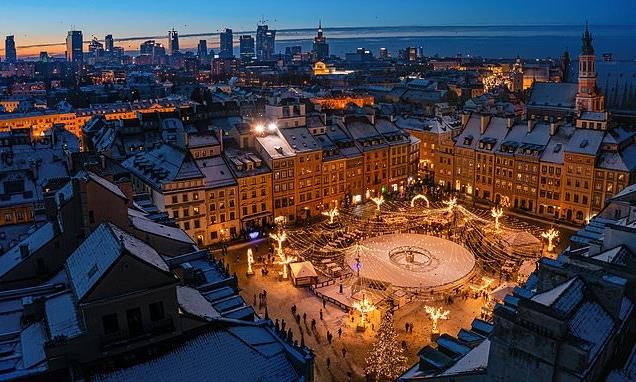 Revolution in Warsaw! There’s a foodie uprising in the Polish capital – and its Christmas market is tasty, too

Cocktails poured from trophy-shaped jugs, dugout-style seats, tables within real football goals: welcome to Warsaw with a sporty twist, courtesy of Poland’s very own version of David Beckham, who will be in action at next week’s World Cup.

Nine’s bar and restaurant at Browary Warszawskie — a former brewery converted into food halls, shops and restaurants — is the handiwork of Robert Lewandowski, Poland and Barcelona’s star striker, who is pictured about to score a goal along with an instruction to: ‘Get ready for the game!’

By this he means: munch on pretzels covered in fondue, launch into vast piles of barbecue ribs, and down craft ales and vodka concoctions, all the while watching latest matches on a series of giant screens. 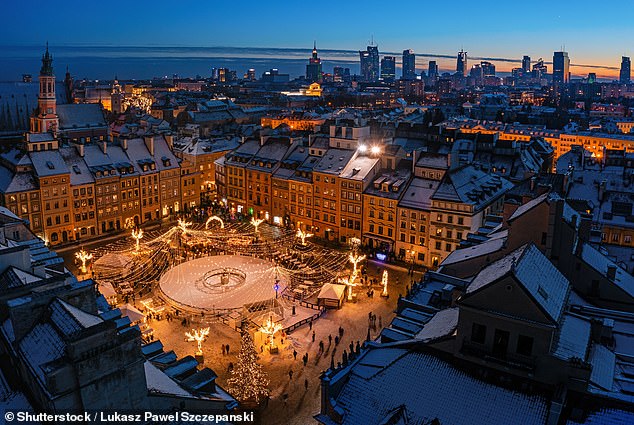 Poland and Warsaw may be famous for its bar mleczny (or ‘milk bars’), nondescript and often drab Communist-era canteens that have survived into the 21st century thanks to low-cost dishes such as pig’s liver, dumplings and borscht (beetroot soup).

But things are changing on the food front in Poland’s capital and the reason is simple: the rise and rise of the food hall.

This year has seen the opening of both Browary Warszawskie, with its clutch of lively food stalls and bars as well as a microbrewery, plus the much-anticipated Elektrownia Powisle in an old power station by the River Vistula and billed as Warsaw’s version of London’s Borough Market. 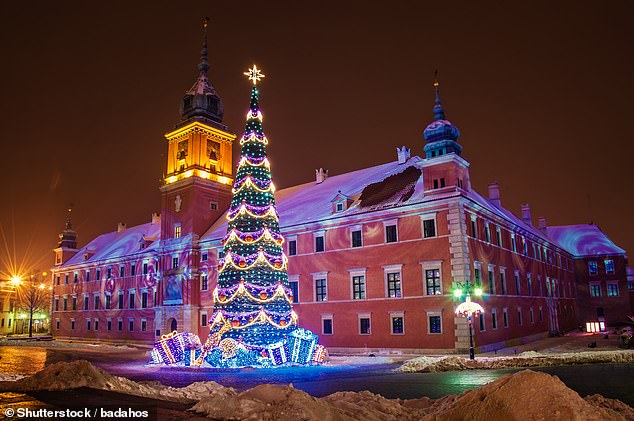 Warsaw’s foodie revolution is turning the capital into a year-round destination. Wintertime sees the arrival of a Christmas market and a skating rink in the Old Town (pictured)

Here, Vietnamese noodles are served alongside stalls overflowing with spicy Indian curries, Middle Eastern hummus dishes and Philadelphia cheesesteaks. ‘This ain’t a place to come if you want Polish food,’ says an American student sharing our table as she tucks into a dim sum box.

She’s right — there’s an international flavour, almost as though Warsaw is reacting against its former communist cuisine. Even the drinks and the music have a global feel: negronis and Long Island iced tea cocktails, with the Beatles and James Brown playing.

It’s a foodie revolution that is turning the capital into a year-round destination — and there’s a fantastic Christmas market, with a skating rink in the Old Town main square. This year it’s from November 25 to January 6.

Of the other food halls, Hala Gwardii is a cavernous market selling sausages, pickled cucumbers and local cheeses. And Hala Koszyki is a fine Art Nouveau structure where beef ribs and craft lager are to be had listening to Chopin.

With the Raffles Europejski Hotel, where the Rolling Stones have stayed, having been snazzed up, and the opening of Warsaw Nobu there are two top-class hotels in town now, too.

So, no more communist-era dreariness. Warsaw’s revolution is something of a revelation. 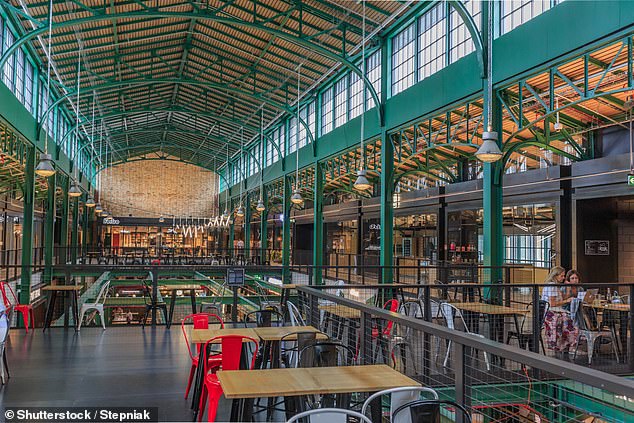 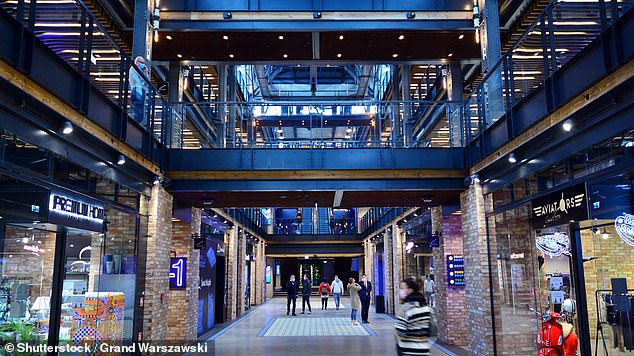 Elektrownia Powisle, housed in an old power station by the River Vistula, is billed as Warsaw’s version of London’s Borough Market