It’s a far cry from the cheers, clinks and chaos of the casinos in a city which offers way more than the potential jackpot wins I’d imagined. 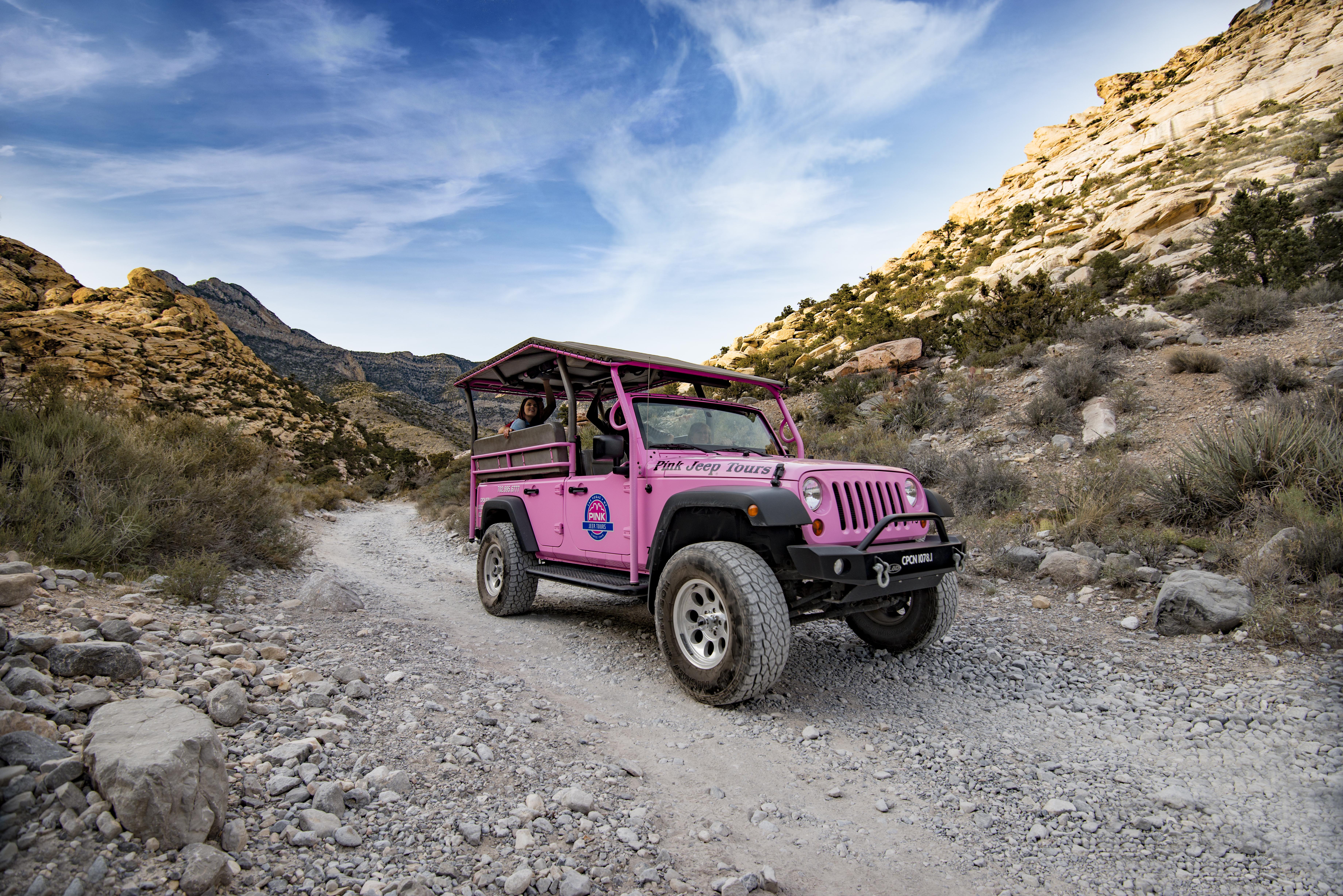 “Not a bad view from my office — that’s where I’m the real winner,” says our guide, Danny, as we paddle up the Colorado River in a glass-bottomed boat.

The emerald green water reflects the red cliffs above which soar into the clear blue sky in a kaleidoscope of a landscape.

“Even out here the nature is big,” Danny says in his friendly American twang, before flicking a switch that illuminates his kayak with a neon-green light — a touch of Vegas out in the wilderness — as we head into the appropriately named Emerald Cave.

After a two-hour paddle courtesy of the Vegas Glass Kayak tour, we stop for a quick picnic on a secluded beachhead. I took a quick refreshing dip before we headed back downriver to the city. 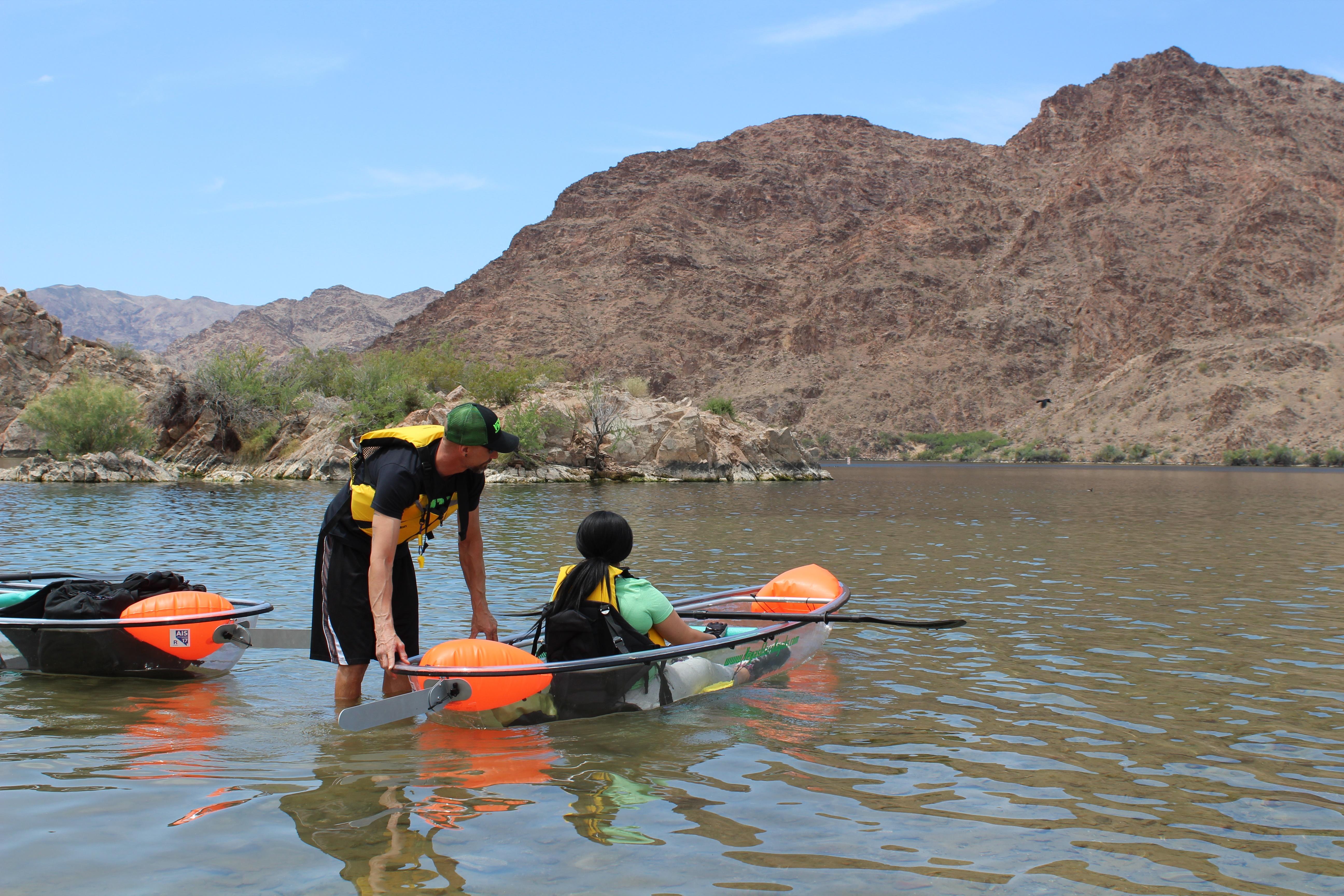 Occasionally the calm is broken by a helicopter passing overhead giving passengers an overwhelming view of the river and the canyon — something I knew all too well.

I had flown over the same stunning desert scenery across the states of Nevada and Colorado on a Sundance Helicopter tour the day before seeking out the wilder side of Vegas.

Taking off from the airport on the outskirts of the world famous strip we flew up over the city and towards the Grand Canyon. On the way we were treated to impressive views of the Hoover Dam before making our way over to nature’s grand show.

Once we swooped over the majestic cliffs that plummet down to the river bed, we were set down to have a closer look. 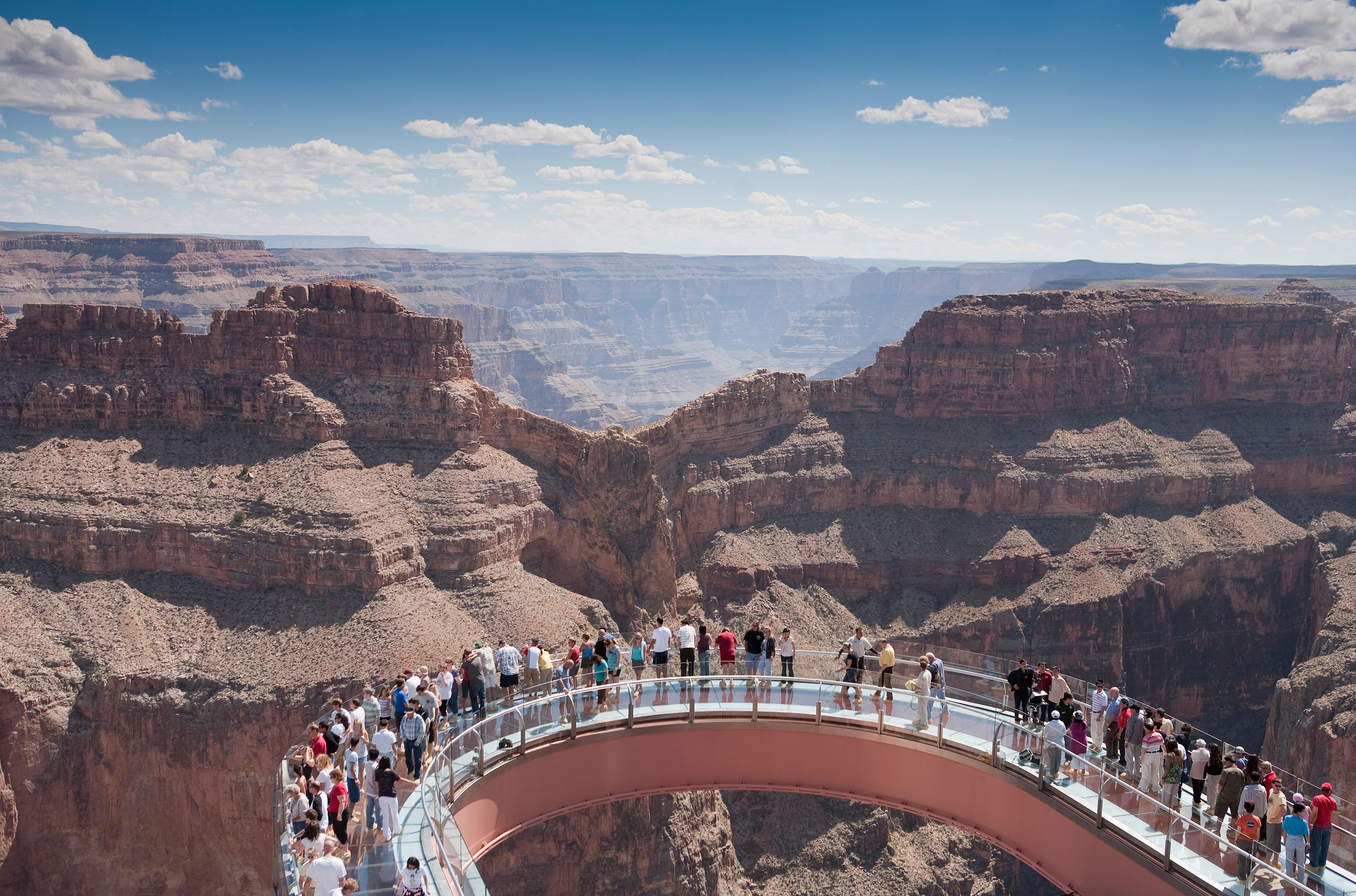 And by a closer look, I mean looking down past your feet as you stand on a clear glass floor some 4,000ft above the canyon below.

Called the Skywalk, the platform teeters 70 feet out from the edge and from there to the floor to terra firma the distance is about twice as high as the world’s tallest building. Once you get over the inevitable jitters, it’s well worth it for the view.

Back in the chopper we flew away from the canyon, a final chance to glimpse one of the natural world’s real giants before a manmade one hove into view, the stunning Vegas skyline.

On the way to our landing spot we swooped over the strip and its gold-clad hotels, to the soundtrack of Elvis’s Viva Las Vegas through the noise-cancelling headphones. 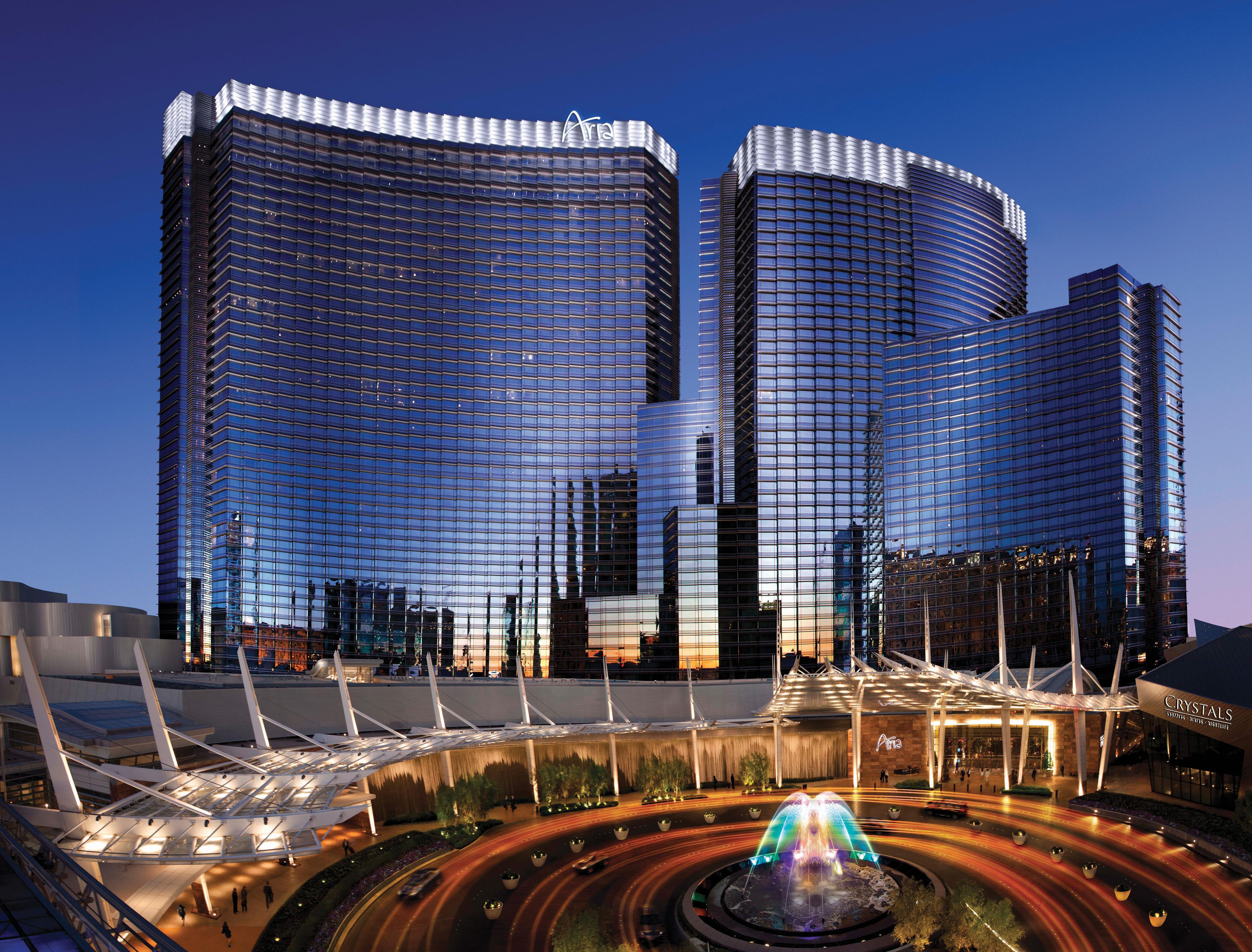 It was another touch of this eccentric city. Having seen what Vegas has to offer by water and air, it’s only right to know what can be done by road.

Less than 40 minutes from the centre, the Red Rock Canyon offers yet another oasis from the glamorous chaos of the city.

Sat in a pink open-top Jeep Wrangler, operated by Pink Jeep Tours, you get to see the stunning scenery up close on a 13-mile ride through the canyons.

The newly laid road allows you to take in the vistas in complete comfort . . . if that’s your thing. 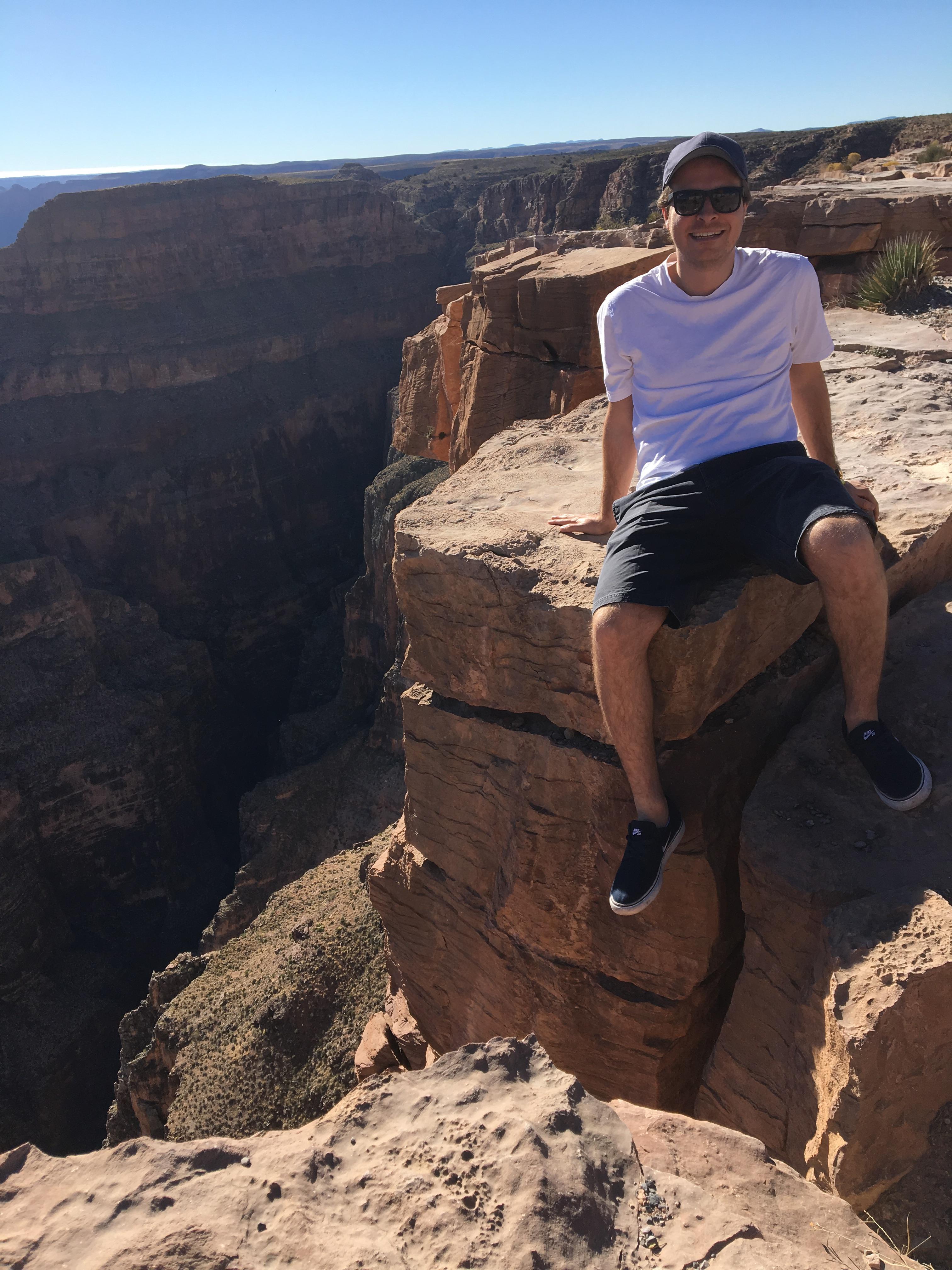 However, I highly recommend the off-road option, as the four-by-four wrestles with some proper American dirt tracks, taking you deep into the canyon for the most spectacular views.

It beats, hands down, any of the thrill rides available back in the city. But if you’re feeling beat up after all that adventure, Vegas is fortunately full of life’s luxuries to help you unwind.

The resorts, most of which are in the process of being refurbed or are pretty much brand new, offer all the weary traveller could want, from fine dining and cocktails to nightly shows with the world’s biggest names.

But if you’re up for something a little different away from Vegas’ strip, the city offers hidden gems. 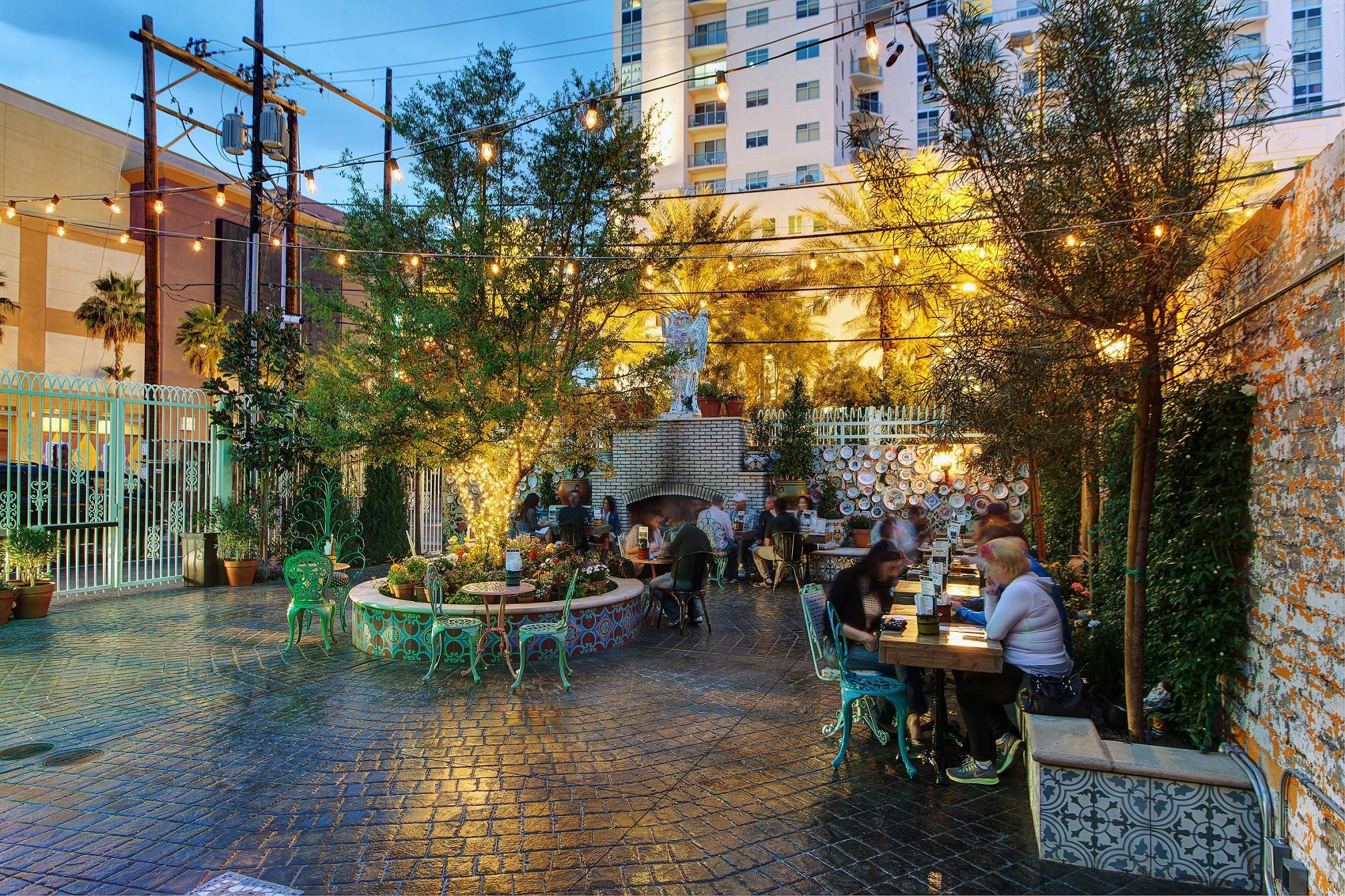 You can even grab a beer in the Atomic Liquors – so named after locals would drink on the roof while they watched nuclear bomb tests back in the late 1940s.

After eating out, you can unwind by wandering though the the side streets to catch a glimpse of the dozens of massive murals painted along the walls of the district’s buildings.

Danny was right. Everything is big out here . . . and you’d be mad to miss it.

GETTING/STAYING THERE: Netflights has three nights room-only in Las Vegas staying at the 5* Aria Resort & Casino from £759pp including direct flights from London with Virgin Atlantic.