A PASSENGER was caught playing bare-foot footsie with her seat companion while travelling in first class.

Fellow passenger Laura Lake posted the series of images of the couple flirting with their feet during the flight. 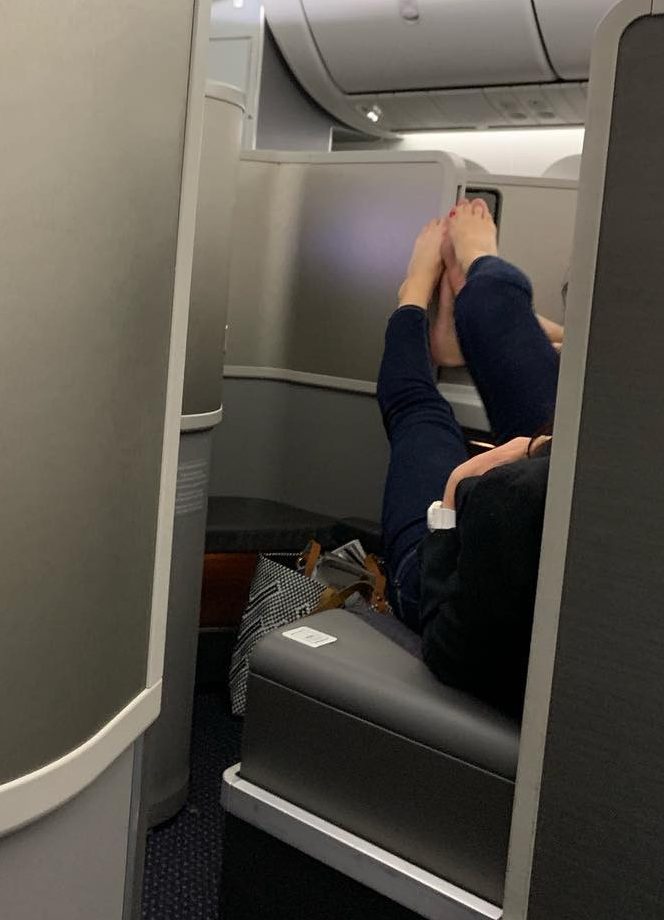 In the first image, the woman's bare feet stroked the male passenger's bare feet on the other side.

The rest of the pictures caught the female passenger resting on the man's crossed ankles.

It isn't clear if the couple knew each other, although they seemed well acquainted during the flight according to the pictures. 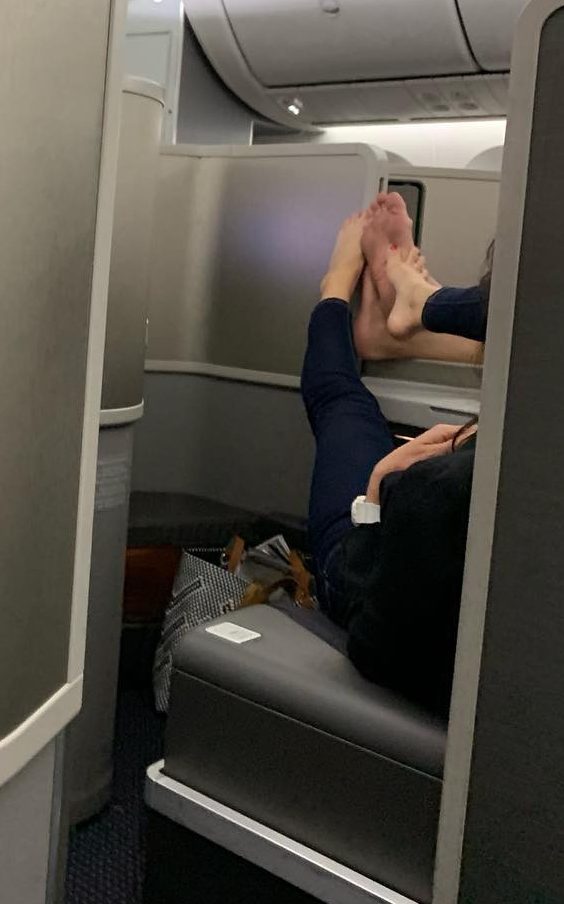 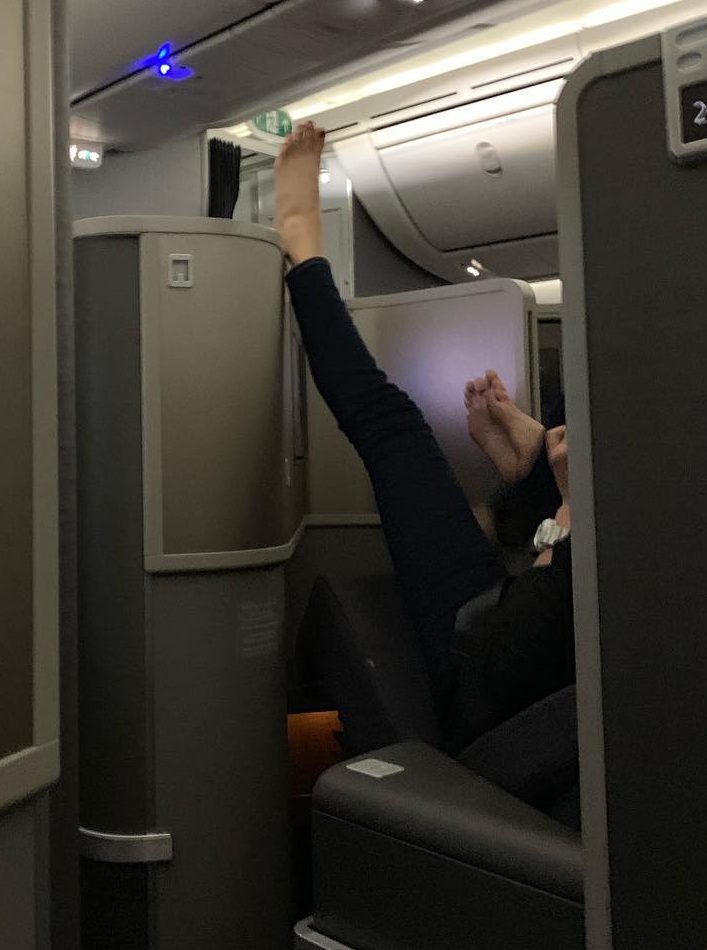 "Too many drinks in the airport before boarding- $100.

"Ointment to cure WHATEVER their feet will have after using restrooms barefoot- $20.

"Passing out after playing what she thought was a sexy game of footsy over the first class divider wall …… priceless!"

However, she also explained how the man sitting in front of the woman was not happy after she put her feet onto his side.

She said: "Guy in seat in front NOT impressed when she finished by resting her feet over his television! #passengershaming".

One social media user asked: "Did they join the mile high club too?"

Sadly it isn't the first time passengers have been shamed online for their bare feet actions.

A woman was caught picking the dead skin from her feet during a flight and dropping it on the floor.

Another woman decided to use a foot file to grate the skin from the soles of her feet during an in-flight pedicure in front of horrified passengers.