A HOTEL guest was shocked to discover that they would be charged £41 just to use the fridge in their room.

It's not uncommon for hotels to charge guests to take things out of the minibars in the rooms, but this person was outraged to learn they'd have to pay just for opening the door. 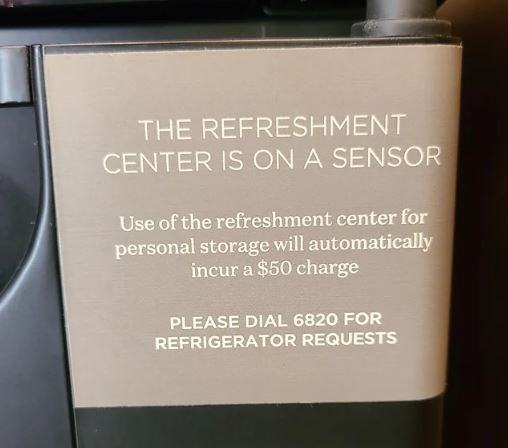 A notice left in the room said that the person would have to pay the fee if they wanted to add their own items to the fridge during their stay.

It reads: "The refreshment centre is on a sensor.

"Use of the refreshment centre for personal storage will automatically incur a $50 (£41) charge."

The guest shared a picture of the notice on Reddit, where other people were just as shocked.

Tourist left confused by shocking ‘view’ out of hotel window 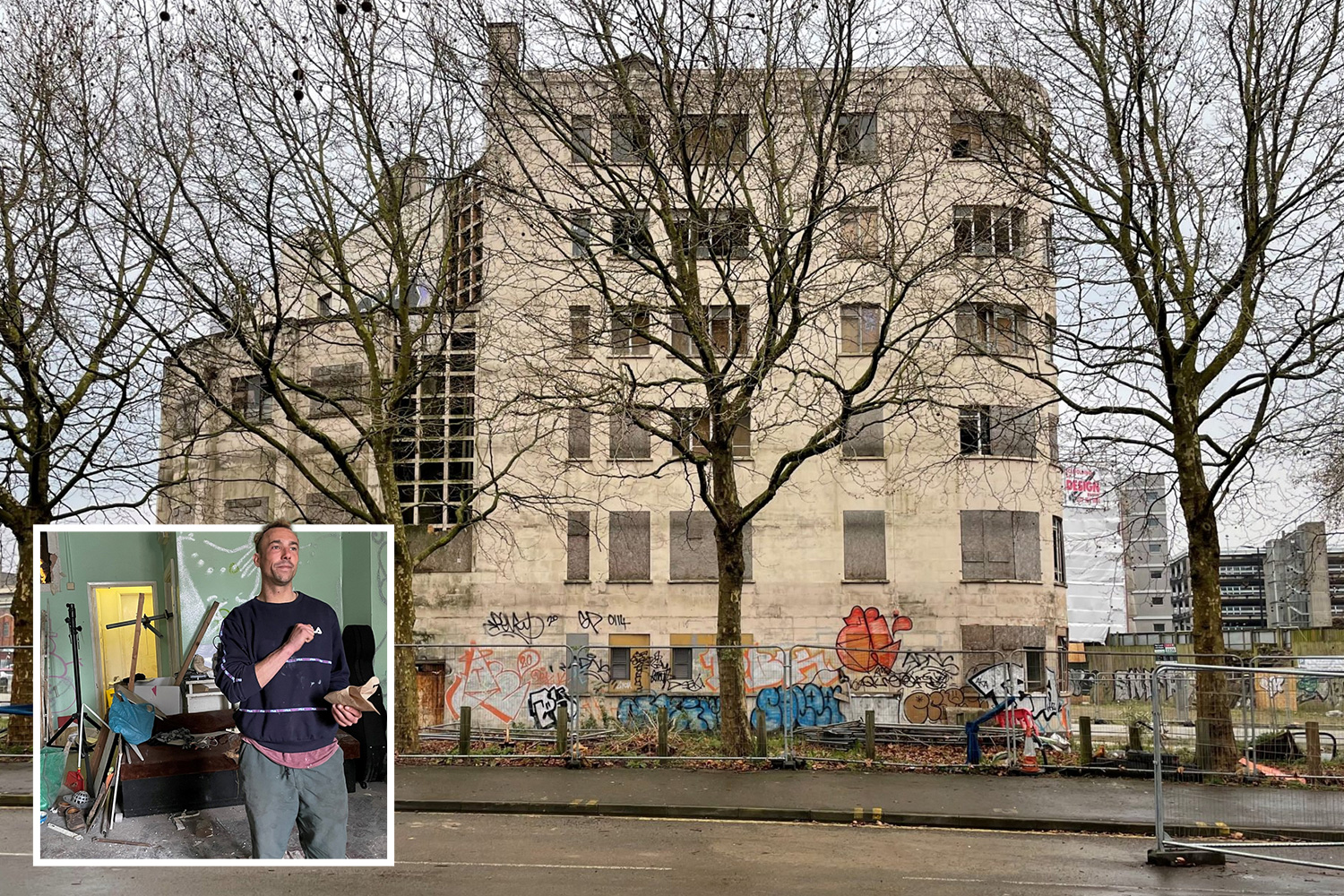 One said: "I wouldn't continue supporting hotels that pull this stuff personally."

A second wrote: "How is that not illegal?"

A third added: "It's scummy and money grubbing."

This is sadly far from an isolated incident, with some hotels now charging hidden fees, which are only mentioned in the terms and conditions – if at all.

Plane passenger told by mum not to eat food near her son – but who's right?

One common charge that isn't always explicitly mentioned is the "resort fee" – which charges you for on-site amenities even if you didn't use them.

While you're most likely to encounter it in the US, you could find it anywhere.

Resort fees can include anything from the gym and swimming pool to internet and phone calls.

The average resort fee is an additional $30 (£23) a night, according to Forbes, although some hotels charge as much as $160 (£125) a night – which can end up doubling the cost of your hotel stay if you manage to find a cheap deal.

Some hotels list the resort charge, including how much it costs and what it includes, on their websites, such as the Waldorf Astoria in Florida.

Not all hotels charge resort fees – and some only charge the fee to certain guests – for example, if they booked through a third party via a particularly cheap deal.

If you're not sure whether your hotel carries the extra fee, contact them and ask or use online checkers such as ResortFeeChecker.com.

You can get out of paying resort fees if some of the amenities are not up to scratch – for example, closed pools or slow WiFi.

Or if you're a member of the hotel's loyalty program, sometimes these fees are scrapped.

In an article for Yahoo Finance, travel experts revealed the most ridiculous hidden charges they were made to pay while out on their holidays.

Raj Mahal, the founder of the travel booking site PlanMoreTrips revealed that during a stay in Las Vegas, he also had to pay to store some of his own drinks in the hotel minibar.

He said: “I was at the MGM Aria Resort, where they have advanced minibars that employ sensors that can detect when an item is moved or the size or weight changes.

"We brought our own alcohol and used the mini-fridge to keep it cool and when we checked out, MGM charged us a $25 (£22) a day ‘personal use fee’."

This card mistake will also cost you more money than you should be paying.