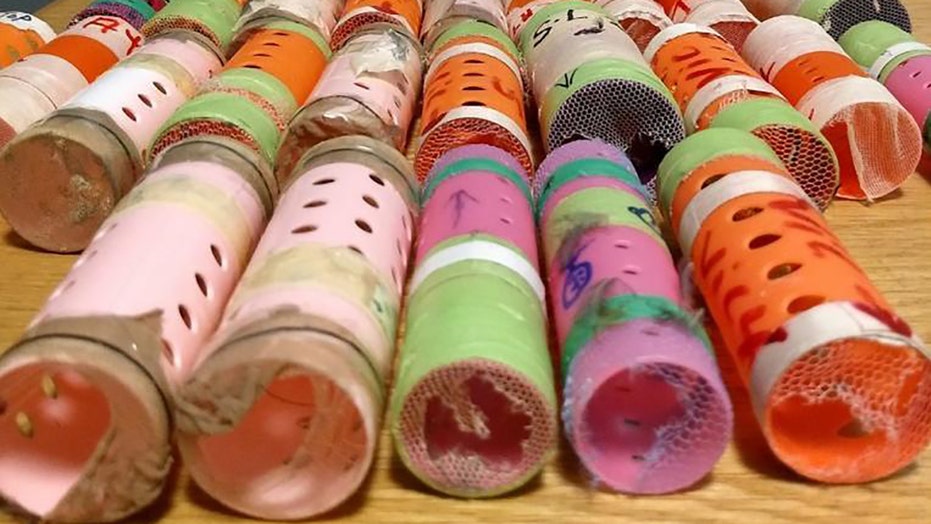 Officials at a New York airport thwarted an arriving passenger’s bird-brained attempt to smuggle live finches into the U.S.

Customs and Border Protection (CBP) officers at John F. Kennedy International Airport discovered the birds on Sunday, during a secondary search of the arriving traveler’s luggage. Inside, officers found a total of 29 finches “concealed in hair rollers,” the CBP confirmed.

Under the advisement of the U.S. Fish and Wildlife Services, CBP officials seized and quarantined the birds before handing them off to USDA Veterinary Services.

The passenger, a 26-year old man who had flown into the country from Guyana, was not criminally charged. He was allowed to withdraw his request to enter the country and returned to Guyana on Monday. CBP also issued him a fine of $300. 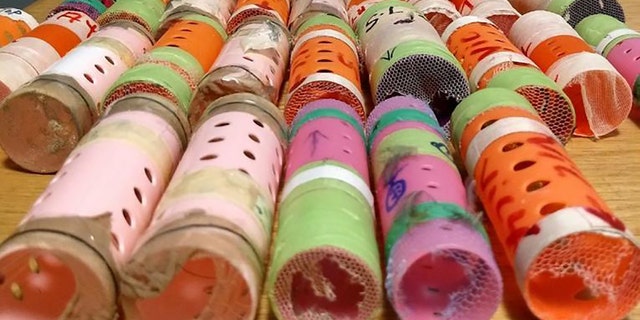 During a secondary search of the man’s luggage, CBP officers found the finches "concealed in hair rollers."
(U.S. Customs and Border Protection)

“The smuggling of these birds in hair curlers shows the horror of wildlife trafficking,” said Ryan Noel, Special Agent in Charge for the U.S. Fish and Wildlife Service Office of Law Enforcement, in a CBP media release issued this week. “I would like to thank U.S. Customs and Border Protection and the U.S. Department of Agriculture for their assistance with this case. By working together, we can help protect humans, and wildlife, for future generations.” 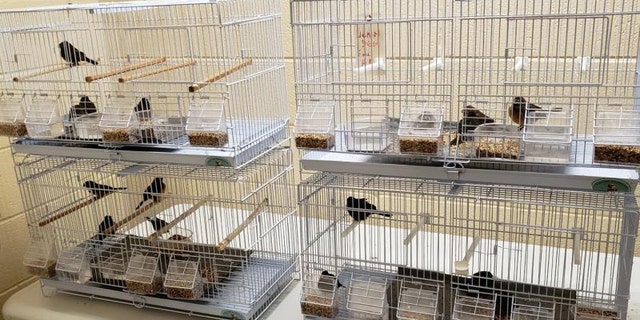 Under the advisement of the U.S. Fish and Wildlife Services, CBP officials seized and quarantined the birds before handing them off to USDA Veterinary Services.
(U.S. Customs and Border Protection)

As stated in the release, the USDA’s Animal and Plant Health Inspection Service says birds which are improperly imported into the U.S. pose the risk of spreading bird flu to the poultry industry. Any shipment of more than six birds is considered commercial, according to the USDA.

As strange as Sunday’s incident may seem, it isn’t the first time the CBP has been forced to confiscate shipments of finches arriving from Guyana at JFK International Airport. In 2018, an arriving passenger was stopped with 70 finches in his carry-on luggage, and in 2019, a Connecticut man returning from South America was found to be smuggling 34 finches.

Both times, the smugglers had used hair curlers to transport the birds.

ViacomCBS Teams With Sky For Paramount+ Europe Launch In 2022
ENTERTAINMENT