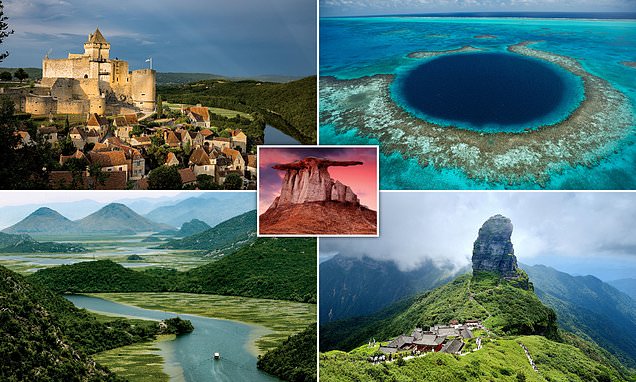 Need some bucket list assistance? The ultimate places to visit in 2019 revealed by National Geographic, with New Mexico, Ireland and Belize all making the cut

Travelers can spend endless hours deliberating where they should visit next.

But luckily the adventure experts at National Geographic Traveler have lent a helping hand with speeding up the decision-making – by rustling up a Best Trips of 2019 list for the latest issue.

They’ve listed the essential journeys we should be making next year, such as to wacky rock formations in New Mexico, biodiversity hot spot Belize and a stunning medieval castle in Dordogne, France.

Also included is Greenland, where visitors ‘will learn the true meaning of epic’, and the pretty cobbled streets of the Irish city of Galway.

Accompanied by stunning images taken by some of the world’s best photographers, it’s hard not to be inspired.

So scroll down… and grab your passports! 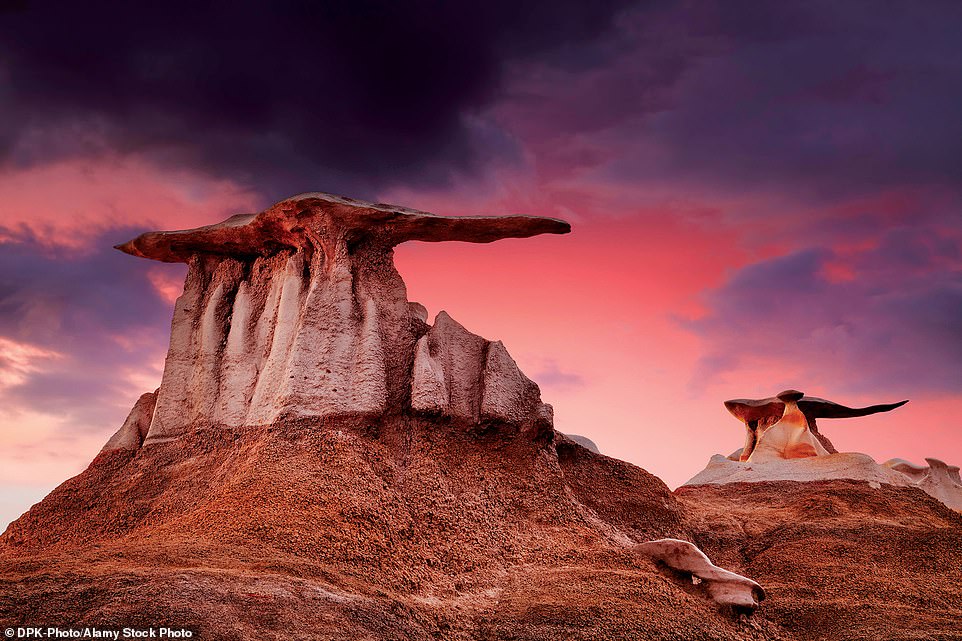 Bisti/De-Na-Zin Wilderness, New Mexico: Hidden in the remote desert is a nature-made gallery of surreal rock formations on the eastern edge of the Navajo Nation reservation. National Geographic Traveler said the vast landscape will make you feel as though ‘you are the only living organism for miles’ 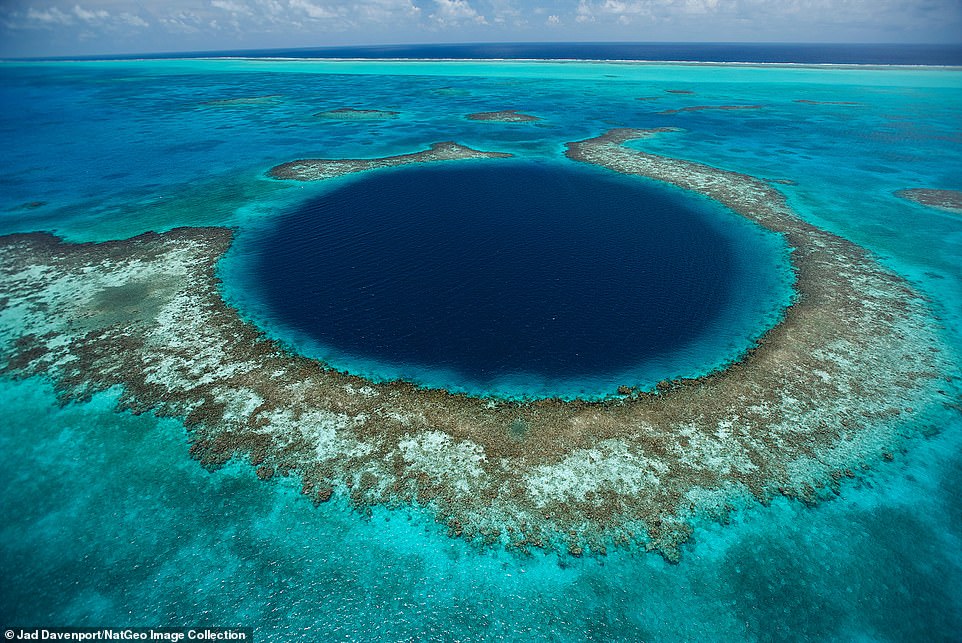 Belize: National Geographic Traveler said Belize has one of the most biodiverse reefs on the earth and it is home to several rare and threatened species. You can see the country’s incredible 407-foot-deep sinkhole (pictured) – Blue Hole – from the air if you book a helicopter tour 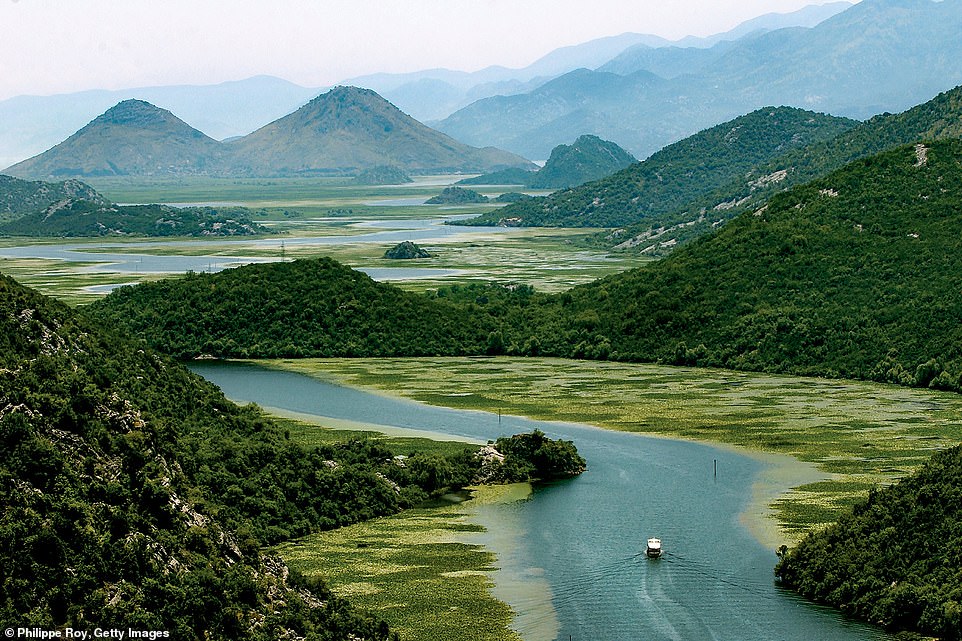 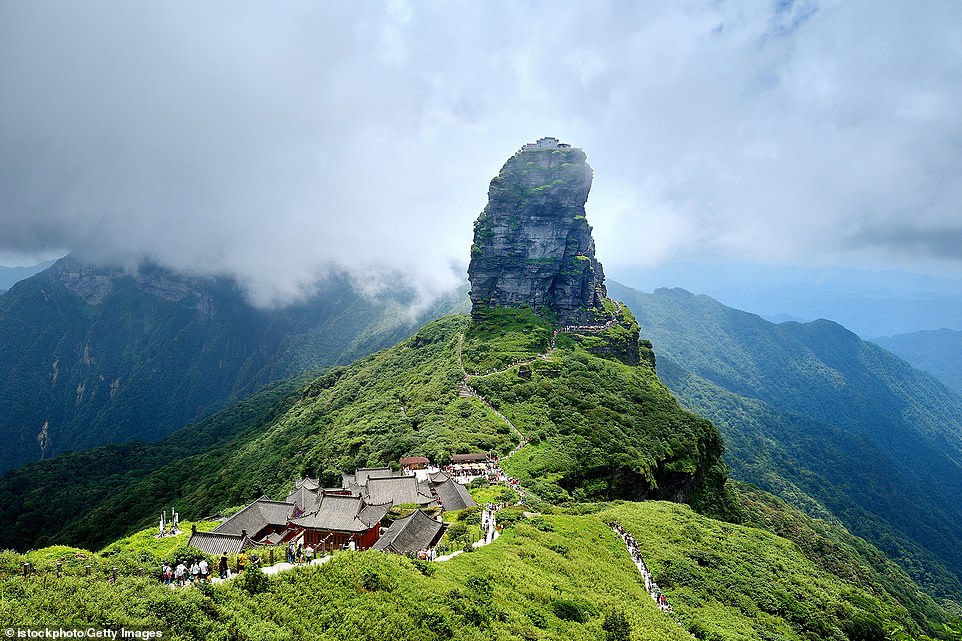 Fanjingshan, China: Hiking up Fanjingshan peak is described as ‘climbing through a sea of clouds’ by National Geographic Traveler. Pictured is the Red Clouds Golden Summit, one of three different summits on the mountain, which is now a Unesco World Heritage site 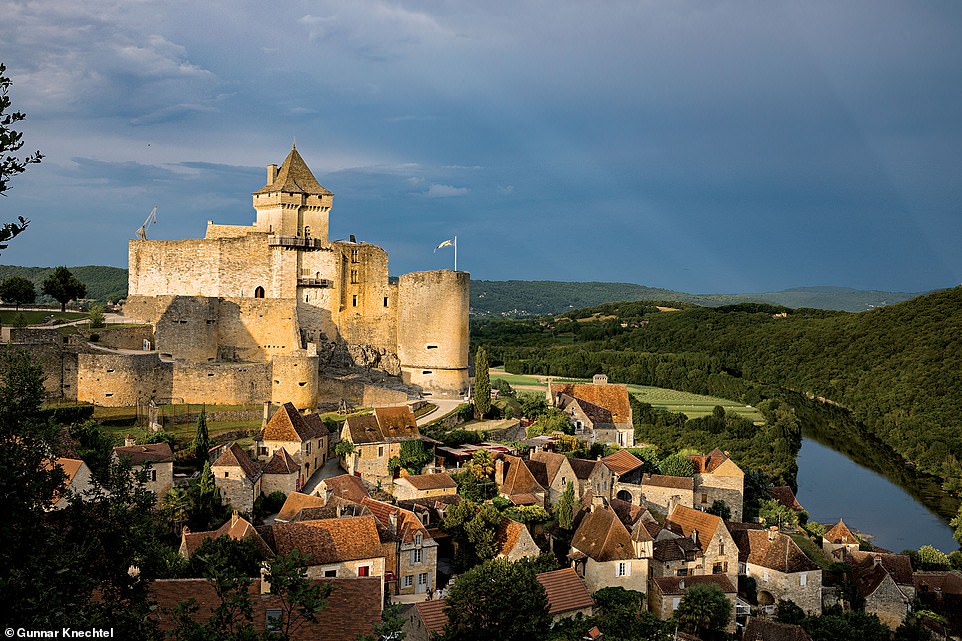 Dordogne, France: The region is described as a place to ‘live the fairy tale’. And no wonder. Just look at the 12th century Château de Castelnaud in the image above 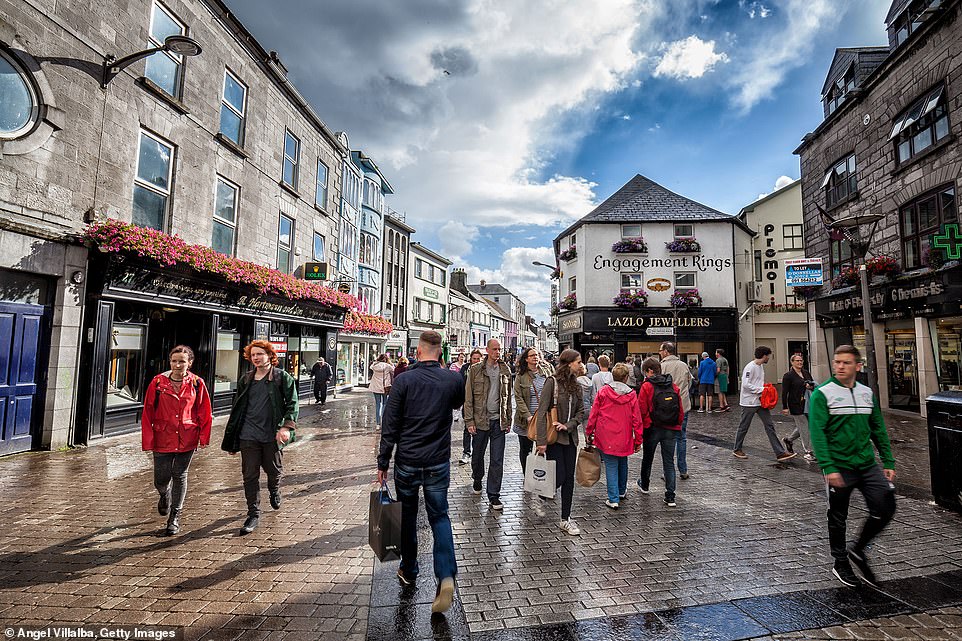 Galway, Ireland: It’s the place to ‘get inspired by big ideas’, according to National Geographic Traveler. Pictured is the city’s car-free William Street 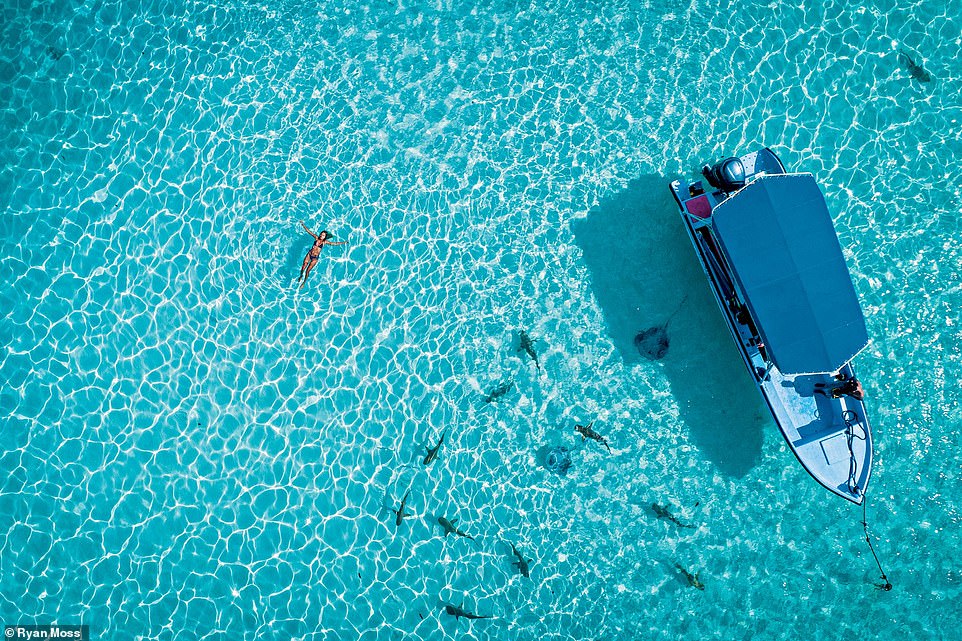 French Polynesia: National Geographic Traveler said that the crystal clear waters there make it a dream destination for surfers, boaters and divers. It says it’s a ‘mosaic of moods spread across 118 small islands and atolls (67 inhabited)’ 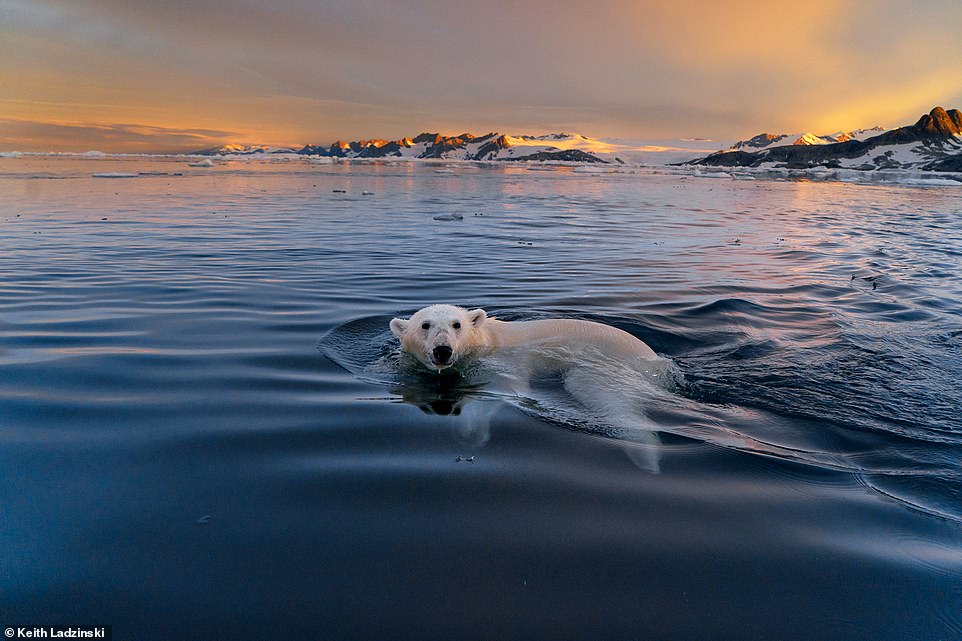 Greenland: Polar bears are regularly spotted swimming in the Arctic Sea around Greenland. National Geographic Traveler says visitors to the country will ‘learn the true meaning of epic’ 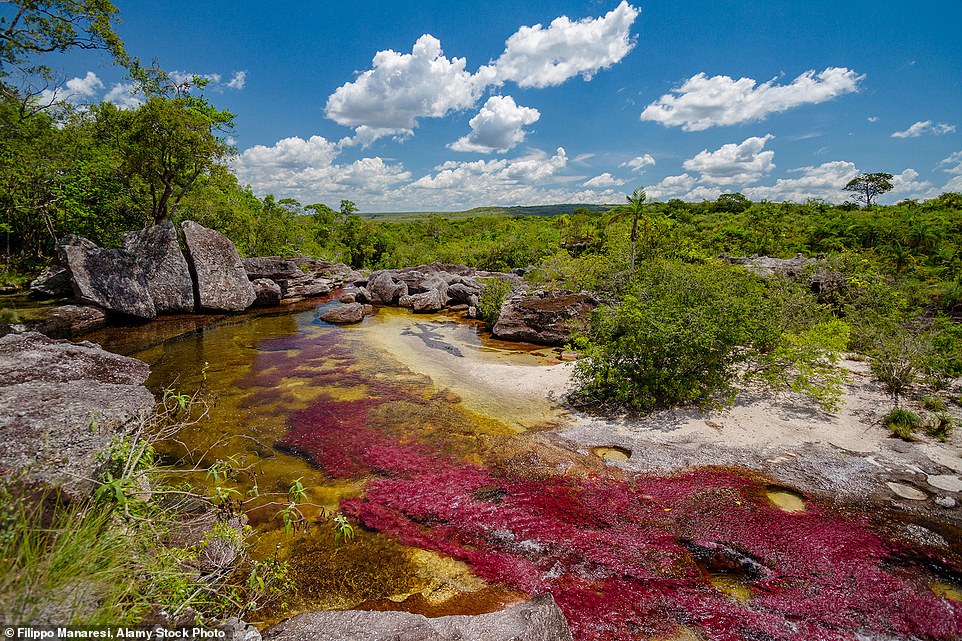 Caño Cristales River, Colombia: Between July and November aquatic plants on the bed of the Caño Cristales River transform the water into a riot of colour. National Geographic Traveler says: ‘Swimming there can feel like finding the pot of gold at the end of a rainbow’ 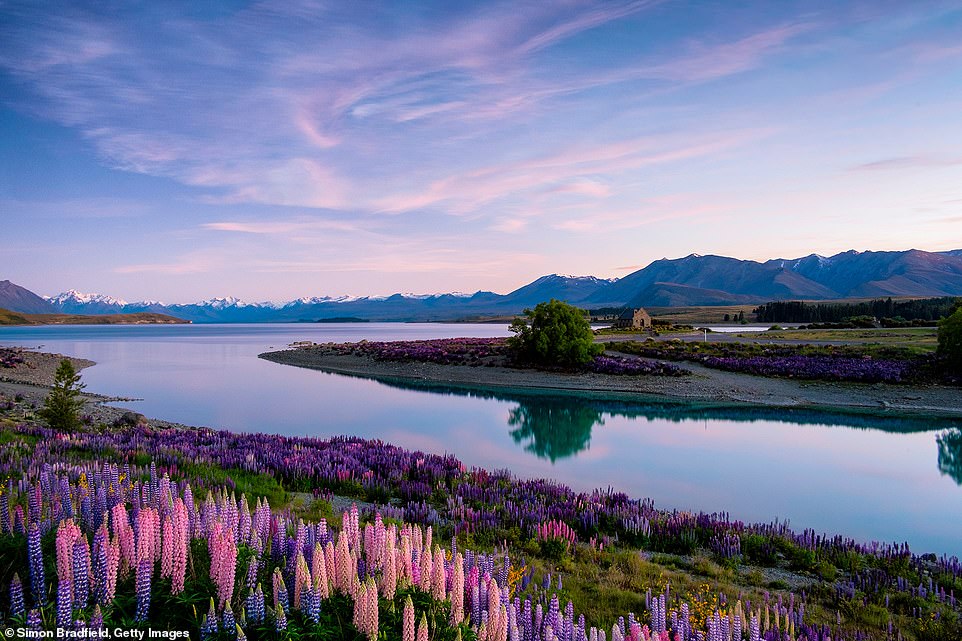 Canterbury Region, New Zealand: This area has some of the country’s most untouched and visually stunning terrain, says National Geographic Traveler. And in March (10 to 17) there’s an extra reason to go – an amazing expedition-style race takes place there. Pictured are colourful Russell lupins lining a riverbank 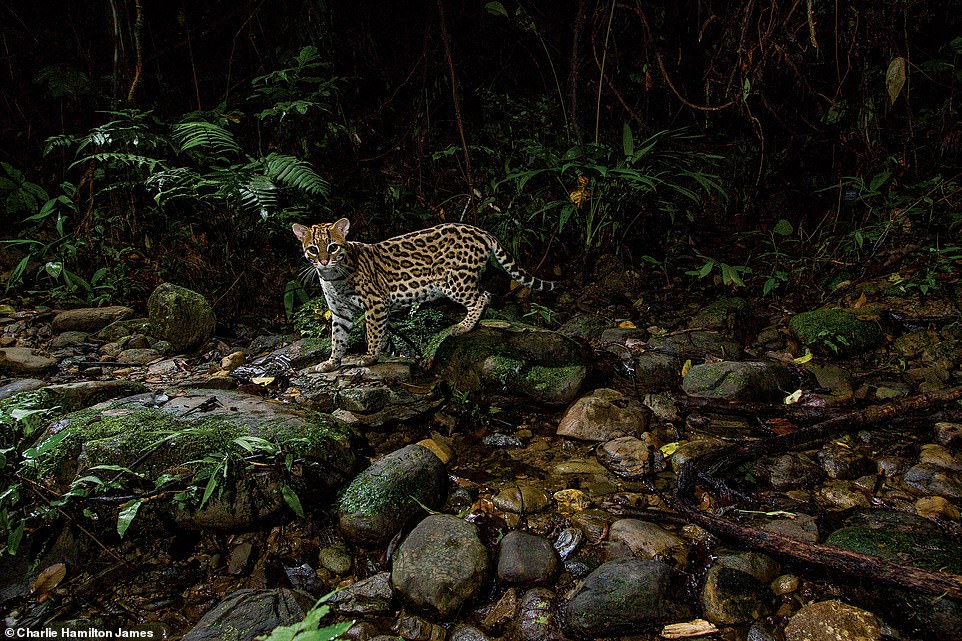 Peruvian Amazon: The Amazon Rainforest covers more than half of Peru and has one of the densest concentrations of ocelots, pictured, in the world. ‘We have low jungles, high jungles, cloud forests, flooded forests, vast swamps, waterfalls, jungle ruins, creepy isolated mountain peaks, and even the world’s largest documented thermal river – the Boiling River of the Amazon,’ says Peruvian geothermal scientist and National Geographic Explorer Andrés Ruzo 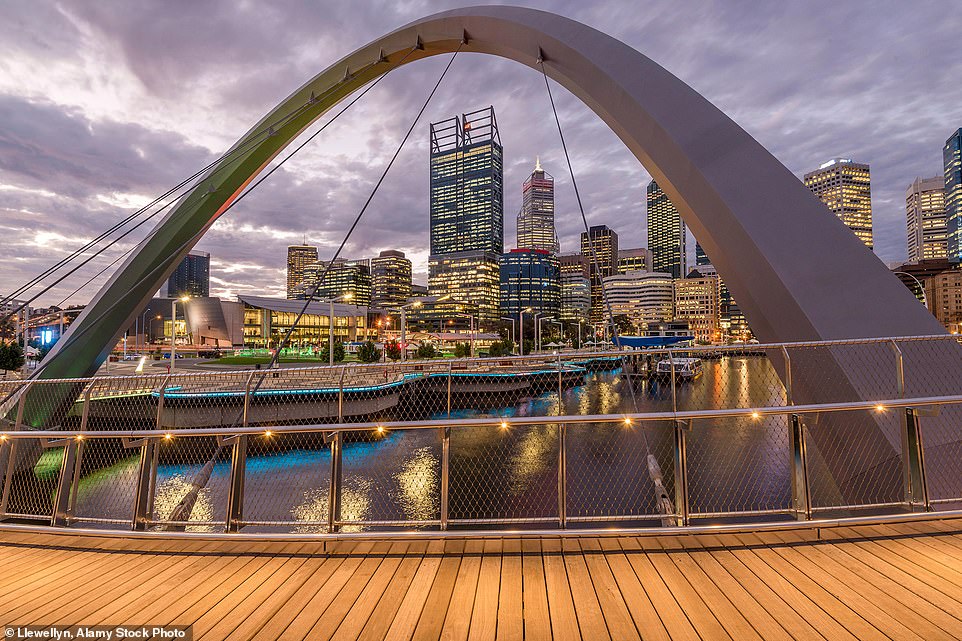 Perth, Australia: The arches of Elizabeth Quay Bridge frame the city of Perth, which National Geographic Traveler describes as the ‘world’s most remote major city’ 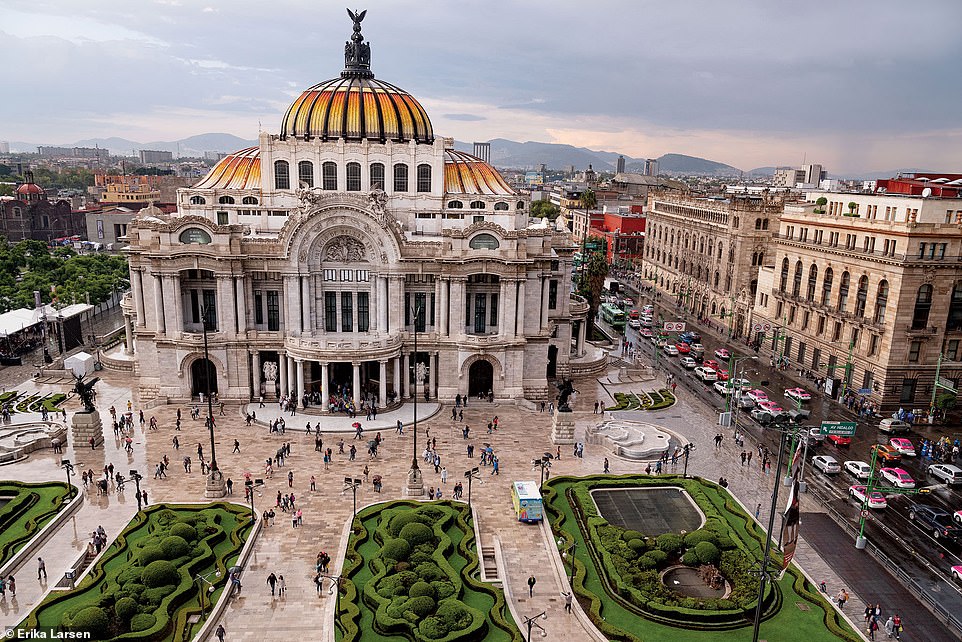 Mexico City: The Mexican capital makes National Geographic Traveler’s list thanks to its food scene. The experts say it is where visitors can ‘taste original flavours where corn is king’. Pictured is the opulent Palacio de Bellas Artes, a prominent cultural centre 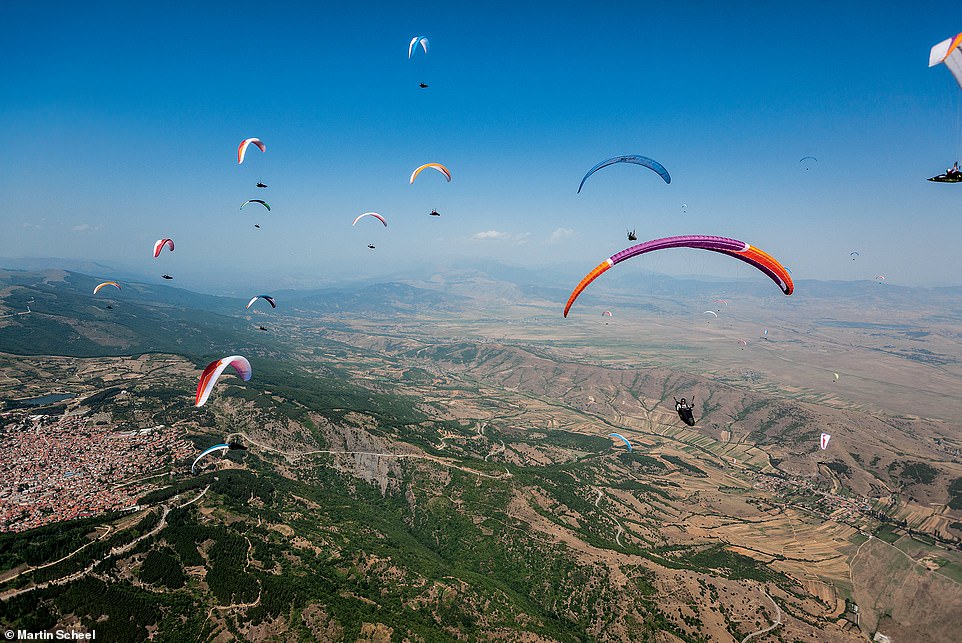 Macedonia: It may not have a coast but National Geographic Traveler says Macedonia need not feel it’s missing out, because it’s ‘ridiculously rich in mountains and lakes’. Pictured are parachutists over the Pelagonia Valley near Krusevo 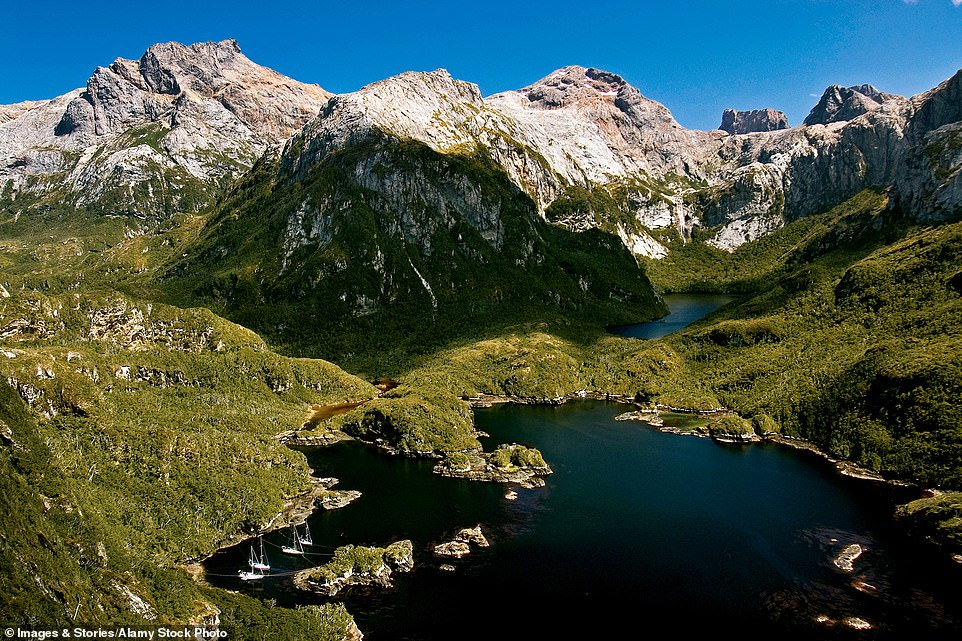 Isla de los Estados, Argentina: Isla de los Estados is an island-wide nature preserve dubbed as the ‘End of the World’. ‘This is one of the few places in the world where one can truly feel the adventure that early explorers once felt in their search for new lands,’ says National Geographic photographer Krista Rossow 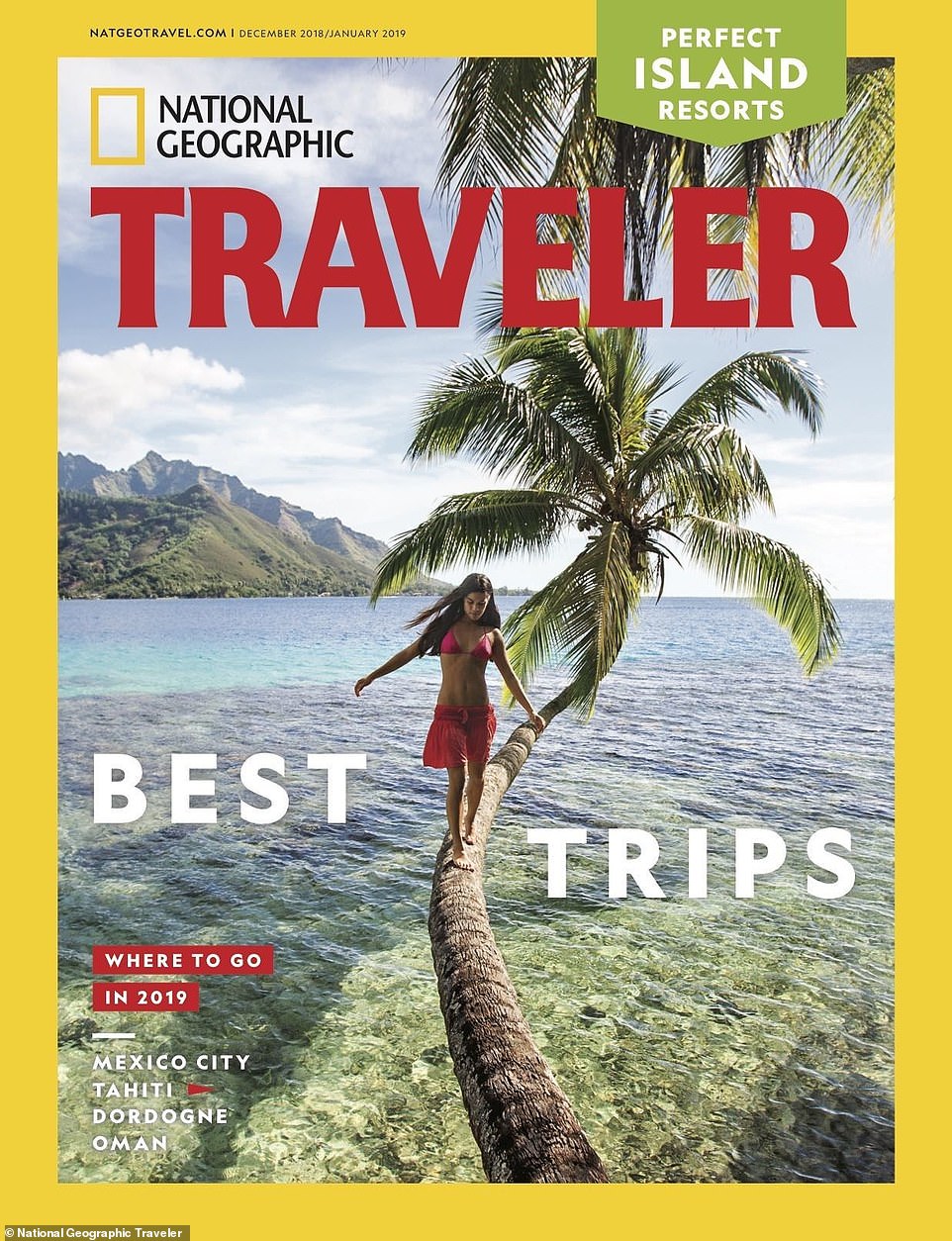