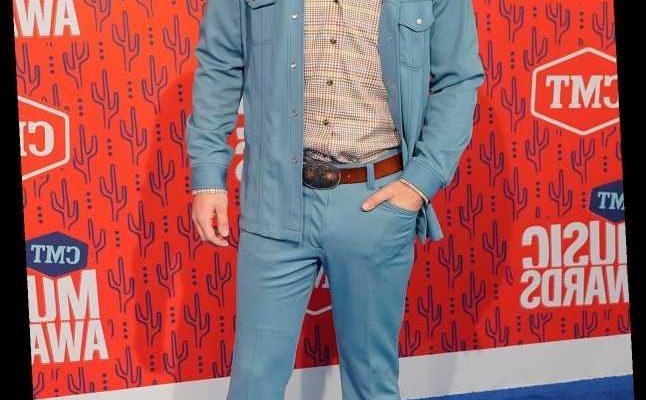 Morgan Wallen: the man, the myth, the mullet.

Since breaking out in 2017 with his hit Florida Georgia Line collaboration “Up Down,” the country star, now 26, switched up his hairstyle in a major way and has been rocking a mullet for about a year.

“I’m like Samson in the Bible — I don’t want to lose it,” Wallen says, quipping that his powers come from his lush locks.

Jokes aside, though, the real reason the “Whiskey Glasses” singer chose the hairstyle is surprisingly sweet.

“When my dad was my age, he had a mullet, and I wanted to try it,” he says of his haircut.

Wallen adds: “I went back home to my parents’ house for a holiday, and I ended up looking at photo albums, just trying to take a trip down memory lane. When they got married, my dad had a mullet. Me and my dad are very similar people — he’s one of my best friends — so I was like, ‘Man, if Dad could do it, I will do it.'”

And so, the Sneedville, Tennessee, native hit up his barber, who was excited to provide the business-in-the-front-party-in-the-back ‘do. But Wallen says his colleagues were less than thrilled with the style — at first, at least.

“Everybody else in my label and management were like, ‘What are you doing?'” the Nashville star recalls.

For more on Morgan Wallen, who appears in PEOPLE’s annual Ones to Watch portfolio, pick up this week’s issue, on newsstands everywhere Friday.

But since getting the cut, it’s become a trademark of sorts.

“I did it, and it just turned into this thing. It’s part of my brand now and it’s just something that I didn’t expect that at all,” says the “Chasin’ You” singer, whose uniform consists of cut-off flannels and Western shirts. “It wasn’t some plan to come up with a gimmick or anything like that. I just wanted to try it; I ended up liking it, and people started liking it.”

Adds Wallen: “Now dudes show up to my concerts with mullets and cutoff flannels! I was like, ‘Man, what is going on here?’ I love it. So I’ve stuck to it. I don’t know how long it’s going to last — I’m just having fun with it, man!”