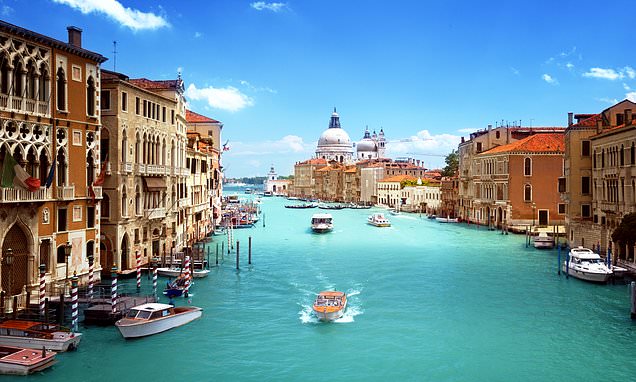 Officials in Venice are introducing a booking system so visitors to the Italian city can pay for entry before they arrive.

And by 2022, the city council says it hopes that most people visiting Venice will reserve an entry ticket to the city before visiting – then it can monitor tourism numbers. 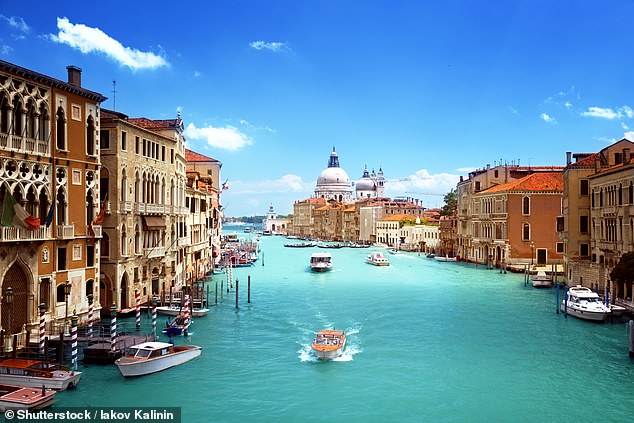 Mayor of Venice Luigi Brugnaro told The Local: ‘It’s the only way to count the number of people visiting Venice.

‘No one will be denied access, but it will be more complicated for those who don’t book.’

According to Italian newspaper La Repubblica, the new charging system could generate 50 million euros a year, up from the 30 million a year the city currently makes from the tourist tax.

In 2017, 10 million tourists paid the tourist tax. But the new fee, with day-trippers included, would be paid by around 27 million visitors.

Venice is often overrun with tourists and locals complain that excessive crowds often clog the city’s quaint alleyways and thoroughfares.

It is believed that funds from the charge will be used to pay for the costs of cleaning the city.

In 2018, officials in Venice also proposed several ways to rid the city of what it calls ‘boorish’ behaviour by visitors. 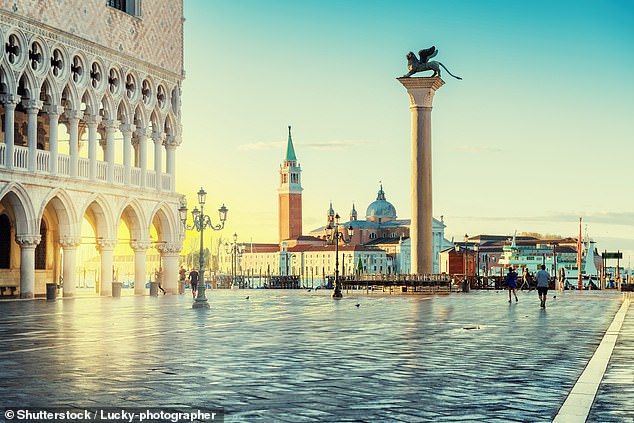 In September plans were announced to ban visitors from sitting on the ground, with fines ranging from 50 to 500 euros (£44 and £443).

Later it was then revealed people could be banned from carrying alcohol around the streets.

The Italian city was said to be considering fining anybody carrying booze after 7pm – even if it is in a sealed shopping bag.

It came after complaints that tourists are becoming drunk in Venice’s squares and public places.

Meanwhile in early 2018, visitor-only routes to popular landmarks were introduced ahead of a holiday weekend to keep tourists away from the locals.

The visitor-only routes were put in place for tourists heading to St Mark’s Square and the Rialto Bridge.