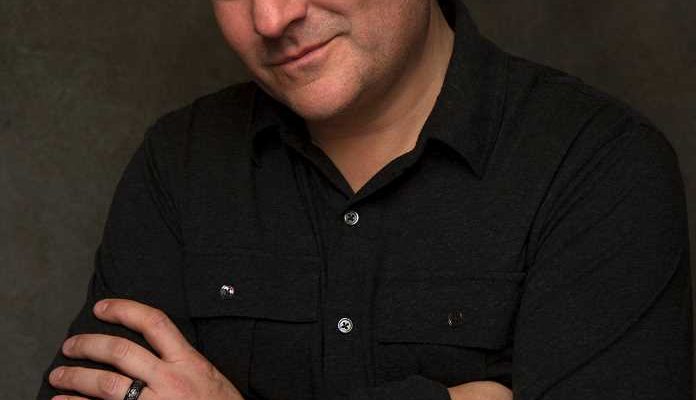 Jay DeMarcus and his bandmates of Rascal Flatts moved millions of fans with their hit “Bless the Broken Road” — and his faith-based memoir, Shotgun Angels: My Story of Broken Roads and Unshakeable Hope, out Tuesday, is just as powerful.

In one of the most difficult moments of the book, the bassist reveals that when he was in his early 20s, his then-girlfriend of one month, Maggie, got pregnant the first time they slept together. She placed the baby girl for adoption, even though DeMarcus wanted to be part of his child’s life, he writes.

“We’d had sex one time, but I knew it. I knew she was pregnant,” DeMarcus writes, describing the scary moment after he realized the condom broke.

Both were “in shock” when they learned about the pregnancy, and DeMarcus was afraid that the news would impact his career, he writes. (At the time, he and Neal Coomer made up the Christian duo East to West.)

“[Maggie and I] discussed many options, including getting married and raising the child ourselves, but we quickly determined we’d be making that decision for the wrong reason,” DeMarcus, now 48, explains in the book. “Abortion was never an option, so we began to discuss adoption.”

DeMarcus adds: “It became evident that Maggie wanted nothing to do with me. There was no interest in the two of us somehow working things out so we might raise our child together.”

DeMarcus did get support from his mom, who offered to adopt the baby herself after she learned the news. But Maggie moved forward with an outside adoption, he writes.

His bandmate, Coomer, also embraced him. But it was the end of East to West.

The bassist explains that, once news of the pregnancy broke, his connections in the Christian music industry “virtually vanished.”

“I understand, I guess, but it does seem that many Christians all too often kills their wounded instead of taking time to be there to help pick someone up,” DeMarcus writes.

Most heartbreaking of all, DeMarcus writes that he never got to meet his baby girl, though he doesn’t blame Maggie for her decision. (“In the state of Tennessee, the mother has all the power,” he writes.)

“From the very beginning, I wanted to be in [my baby’s] life,” DeMarcus writes in Shotgun Angels. “But her mother, Maggie, didn’t want either one of us in her life. That was a hard pill to swallow. I understand that sometimes life sends us reeling because of unexpected situations. But my heart in that moment, though scared, still desired to be in this beautiful child’s life.”

RELATED: Rascal Flatts’ Jay DeMarcus Says He Lets His Kids ‘Know Who Jesus Is’ to Get Right with God

DeMarcus writes that he thinks about his daughter, now in her 20s, every day and wonders if she knows his identity.

“My heart finds satisfaction in knowing that she ended up with a wonderful family, but I’ve had to live with this my entire life,” he writes. “The adoptive family was supposed to give her a letter when she turned 14, explaining that I loved her, did not abandon her, and have tried several ways to make it possible to be in her life.”

While this dark period sent DeMarcus spinning into depression and challenged his faith, it didn’t derail him completely. He went on to form the Grammy award-winning band Rascal Flatts with bandmates Gary LeVox and Joe Don Rooney.

Beyond music, DeMarcus’ Christian faith continues to be a guiding force in his life and that of his family. In 2004, he married Allison Alderson, a former Miss Tennessee and CMT personality, with whom he shares daughter, Madeline, 8, and son, Dylan, 6. They’re busy raising their family in Nashville, Tennessee.

“We live in the Bible belt. I was born and raised in church,” DeMarcus told PEOPLE last summer about raising his kids. “That’s something that was really, really important to me, to build that foundation with our kids so they at least went to church.”

He added: “It’s really important for me that [my kids are] ingrained in a good church and have that good foundation to build upon. I think that’s a core value system that you’ll find anywhere you go in the south.”

As much as DeMarcus is steady in his faith now, it wasn’t always that easy. In Shotgun Angels, the artist also writes about his humble beginnings in Ohio and the many challenges he faced while pursuing his dream, before he made it big. For DeMarcus, the main lesson he’s learned in life is the power of hope.

“I’m really looking forward to sharing a pretty personal look at my path so far, as that isn’t something I’ve done yet,” DeMarcus said in a statement when he first announced the book, according to Billboard. “In Shotgun Angels, readers will hear never-before-told stories and get a glimpse into what it was like for me coming from Columbus, Ohio, and my journey to Nashville. My ultimate goal is that the book will encourage people that no matter where they are in their lives, they can find hope, comfort and strength in their faith.”