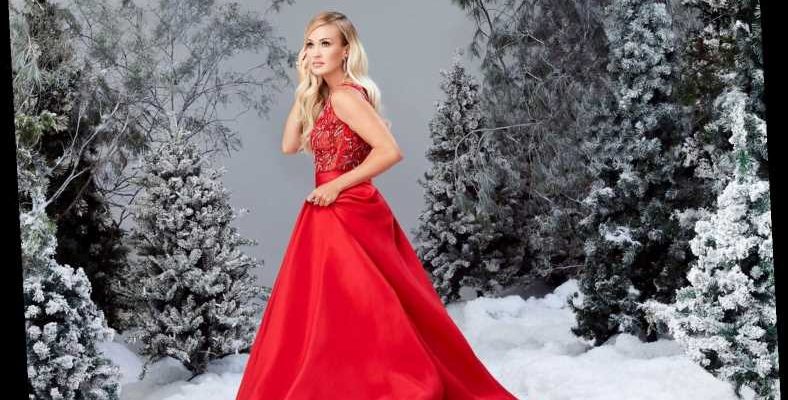 For her seventh studio album, Carrie Underwood let her Christian faith guide her in song selections: Ten of the 11 feature religious themes, including hymn favorites like “O Come All Ye Faithful,” “Silent Night” and “Away in a Manger.” (A 12th song, “Favorite Time of Year,” streams exclusively on Amazon Music.)

Twice the magic: Dare your heart not to soar when Underwood and John Legend merge their extraordinary voices for a showstopping “Hallelujah,” which Legend co-wrote.

Too cute for words: Underwood tapped her 5-year-old son, Isaiah, as her duet partner for “Little Drummer Boy,” and his heroic efforts on the “pa-rum-pum-pum-pums” will leave you in “awww!”

Take-your-breath-away song: You can bet Underwood pulled out all the stops on her storied pipes for “O Holy Night.” (Does she hit that last high note? Do you even have to ask?)

In a word: Inspiring! Maddie Marlow and Taylor Dye put their angelic harmonies on this EP’s six lively tracks, including two new holiday songs co-written by the “Die From a Broken Heart” duo.

In a word: Festive! Her first full-length Christmas album in 30 years (what took her so long?), Dolly Parton serves up an eclectic collection of 12 songs, including six collaborations and six originals.

Heart-tugger: Parton’s exquisite voice and her bedrock faith bring light to the original Christmas story in “Circle of Love,” first featured on her 2016 TV drama, “Christmas of Many Colors: Circle of Love.”

Can’t-help-but-smile song: The playful banter between Parton and Jimmy Fallon makes their “All I Want for Christmas Is You” duet a grin-fest from start to finish.

Puttin’ the country in Christmas: Parton deserves a big yee-haw for her precious duet with fellow Country Music Hall of Famer Willie Nelson on his classic “Pretty Paper” and for the banjo and fiddle that turn up on her hoedown-ready “Christmas on the Square” (also the name of her just-debuted Netflix musical).

Runaway June, When I Think About Christmas This five-song EP is the first recording project released since Natalie Stovall joined the trio, which also includes lead vocalist Naomi Cooke and Jennifer Wayne, and their vocal blend sparkles.

Time-to-unwind songs: With a jazzy pedal steel and an easygoing feel, both “Let It Snow” and the original “When I Think About Christmas” will put you in a hot-toddy-by-the-fire mood.

One for the road: In “Sleigh Ride,” Cooke channels all the charm of the 1950s’ pop sounds, and Stovall’s and Wayne’s voices never take a back seat.

A song for all songs: Another original, “Christmas on the Radio,” cleverly (and exuberantly) celebrates what we love so much about the holidays: the music.

In a word: Cheerful! Mitchell Tenpenny applies his strong, supple vocals to a collection of seven songs on this EP, including three co-written originals that tap into new and unexpected Christmas themes.

Putting the S-E-X in Xmas: Among Tenpenny’s originals, “The Naughty List” has him playfully singing about surmounting that perennial holiday obstacle: separate bedrooms at a girlfriend’s family home. (“I’ve been a good boy all year / That’s the truth / But with a little knock-knock / I’m gonna end up on the naughty list.”)

More devilish fun: In another sexy Christmas fantasy, Tenpenny’s lyrics lustily suggest that two people don’t have to leave the comfort of their own bed to make “Snow Angels.” Not to be missed: Tenpenny’s best Barry White impression.

Jazzing it up: Tenpenny goes for more of an R&B sound on “Have Yourself a Merry Little Christmas” and “Joy to the World,” bringing a fresh feel to the two holiday classics.

In a word: Soulful! Austin Brown, Rob Lundquist, Adam Rupp, Tim Foust, and Adam Chance have carved out a niche in holiday music — it’s Home Free’s fifth holiday album in 10 years — and this time around, half of the a cappella group’s 12 tracks debut original music.

Awe-inspiring: The quintet takes “Winter Song” — a secular song written and originally sung by Sara Bareilles and Ingrid Michaelson — and infuses it with a reverence that turns it into a hymn.

One for the money: Two-front teeth, a hippopotamus — who needs them? The album’s quintessential novelty song pokes fun at holiday wish lists and simply asks for “Cold Hard Cash.”

Five plus one equals wow: The group enlists up-and-comer Rachel Wammack to take the lead on Amy Grant’s “Tennessee Christmas,” and Wammack’s rich voice is a perfect complement to the guys’ signature sound.

In a word: Harmonious!

Lady A, On This Winter’s Night Deluxe Charles Kelley, Hillary Scott and Dave Haywood’s 2012 Christmas classic gets a reboot this year with four new songs added to the original 12, which include such standouts as the title track, “I’ll Be Home for Christmas” and “Silver Bells.”

Bringing the joy: Kelley and Scott trade verses on a lush and joyful version of Paul McCartney’s “Wonderful Christmastime,” among the four new additions.

For every mom and dad: “Christmas Through Your Eyes,” another new one, will be sweetly sentimental for parents who love watching their kids experience the holidays. Scott carries the lead on the poignant song, co-written by all three, who have six children among them.

Surf’s-up sounds: You know Kelley must have had a blast channeling his inner Beach Boy for another add-on, “Little Saint Nick,” and Scott’s and Haywood’s backup vocals are delightfully true to the original.

In a word: Encore! The vibe: The uptempo “Take Me Home” is filled with romance, nostalgia and Dan Smyers and Shay Mooney’s trademark harmonies. The duo turns even more sentimental with their soulful ballad “Christmas Isn’t Christmas” (“if it’s not with you”).

The vibe: A three-hanky weeper, it’s the COVID-19 era version of “I’ll Be Home for Christmas” by Rascal Flatts’ golden-throated lead singer.

The vibe: In this wistful ballad, the “More Hearts Than Mine” singer marvels at the steadfast spirit of the holiday.

The vibe: Tyler Hubbard and Brian Kelley pay twangy tribute to their favorite kind of holiday spirits: “That Christmas tree ain’t the only thing getting lit this year.” (And don’t miss the plug for Old Camp, their whiskey brand.)

The vibe: This loopy single also celebrates the venerable, though generally unsung, holiday tradition. (Has RaeLynn been swigging the Old Camp with her label heads, Hubbard and Kelley?)

New Singles of the Classics The vibe: The elegant electronic arrangement and Hurd’s gentle interpretation bring a modern fairy-tale feel to the 70-year-old song.

The vibe: Ashton offers her under-appreciated vocal gifts to this holiday favorite, capturing both its melancholy and its hope.

Jimmie Allen and Louis York (featuring the Shindellas), “What Does Christmas Mean”

The vibe: Allen jumps onto Louis York and the Shindellas’ 2017 song, taking a ride in the wayback machine to the 1960s doo-wop sound (including sassy sax) for this can’t-stop-the-beat delight.

Lee Brice, “Go Tell It On the Mountain”

The vibe: This is gospel fervor with a country twist, and Brice’s soulful voice brings drama and conviction to the chorus’ command.

Morgan Evans, “All I Want for Christmas is You”

The vibe: The pop-country singer leans into an acoustic country sound, dialing down Mariah Carey’s classic for a more intimate reading.

The vibe: With simple guitar accompaniment, Bradbery showcases her powerful voice in this worshipful interpretation.

The vibe: Barrett’s R&B-infused voice moves from stately to bold on this beloved classic, and she adds a rare third verse (actually the hymn’s sixth) to proclaim her Christian faith.

The vibe: Metz’s breezy, cabaret style elevates the sweetness of this bittersweet ballad. 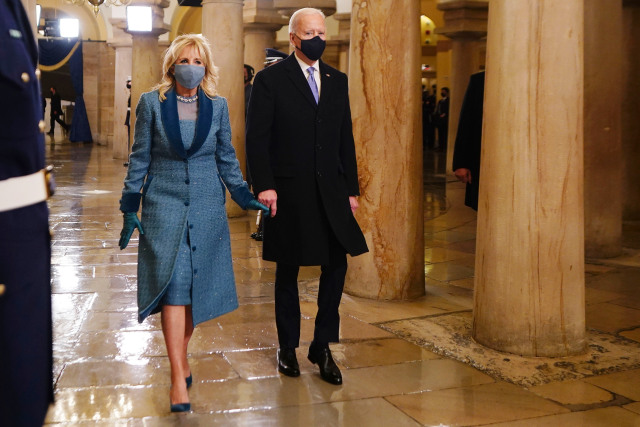 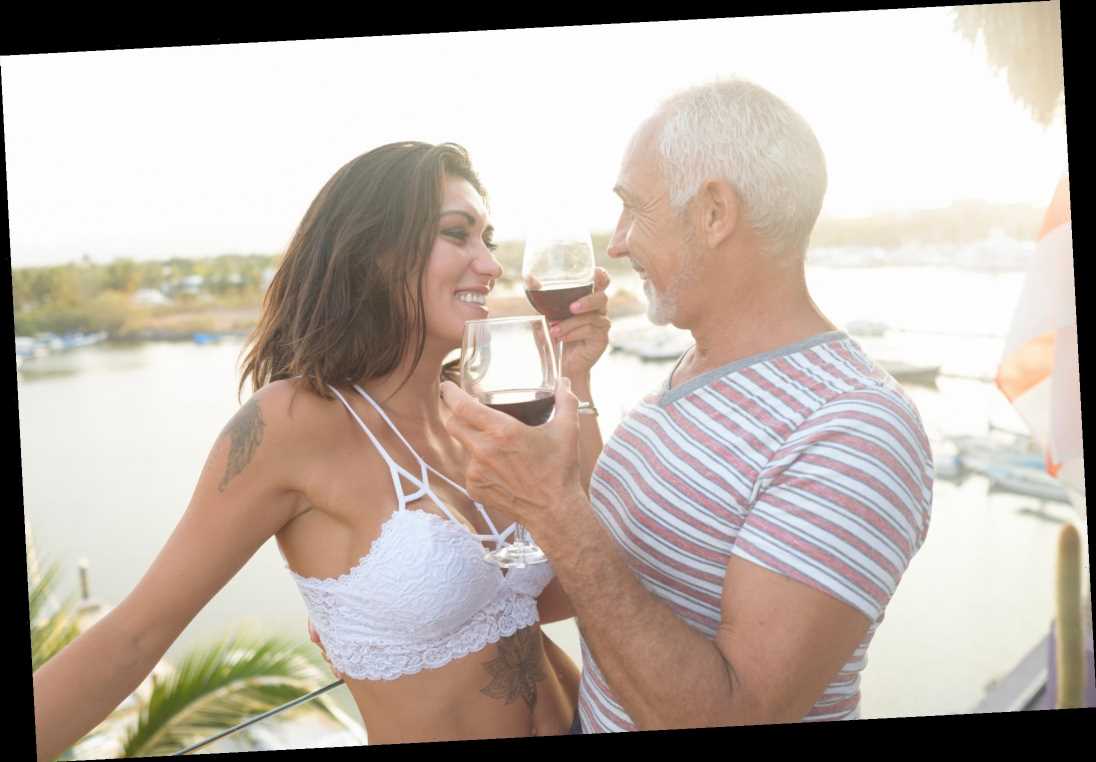 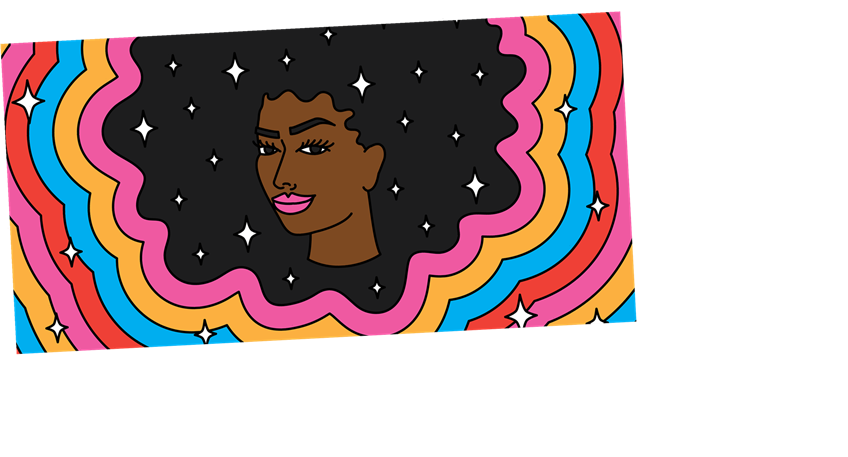 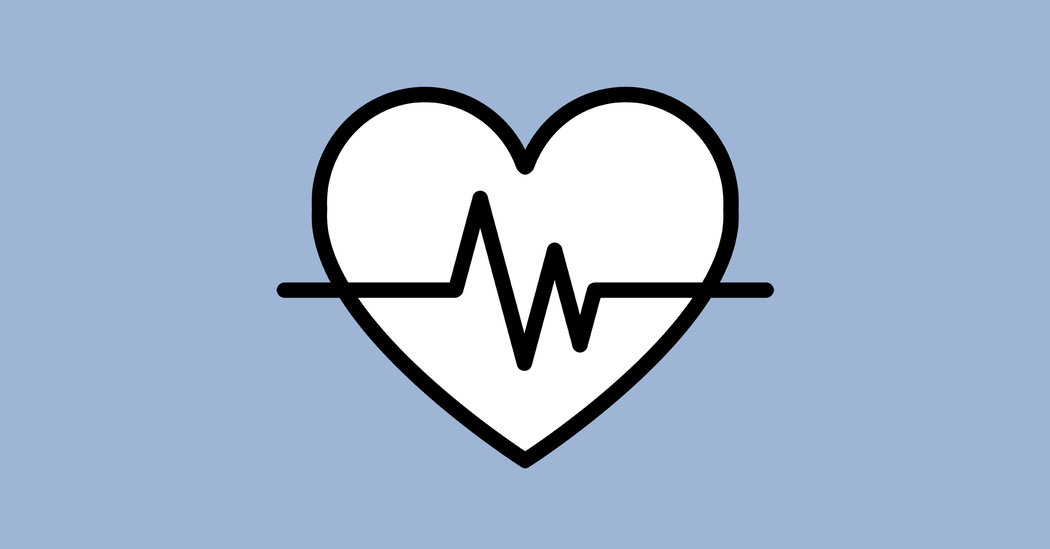 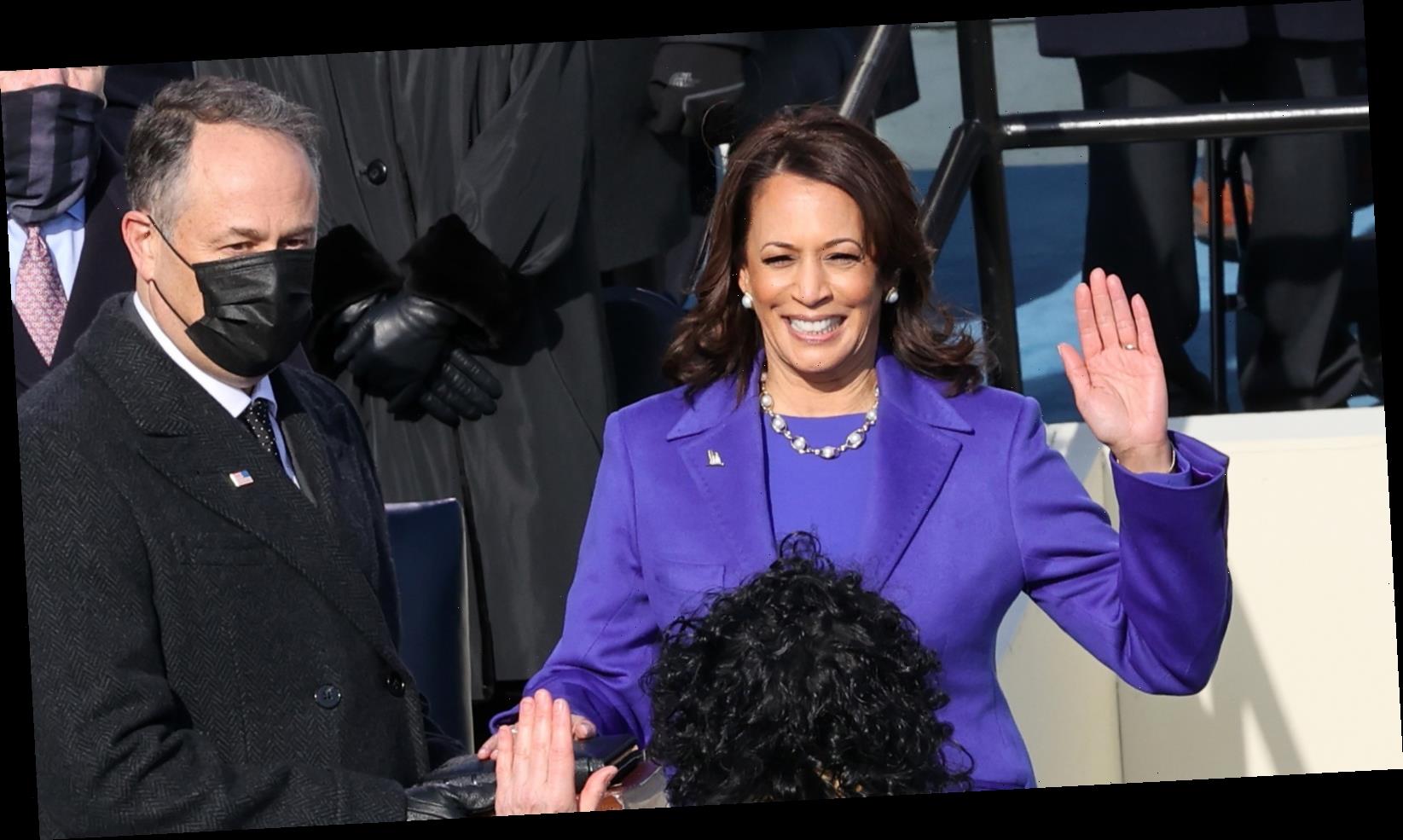 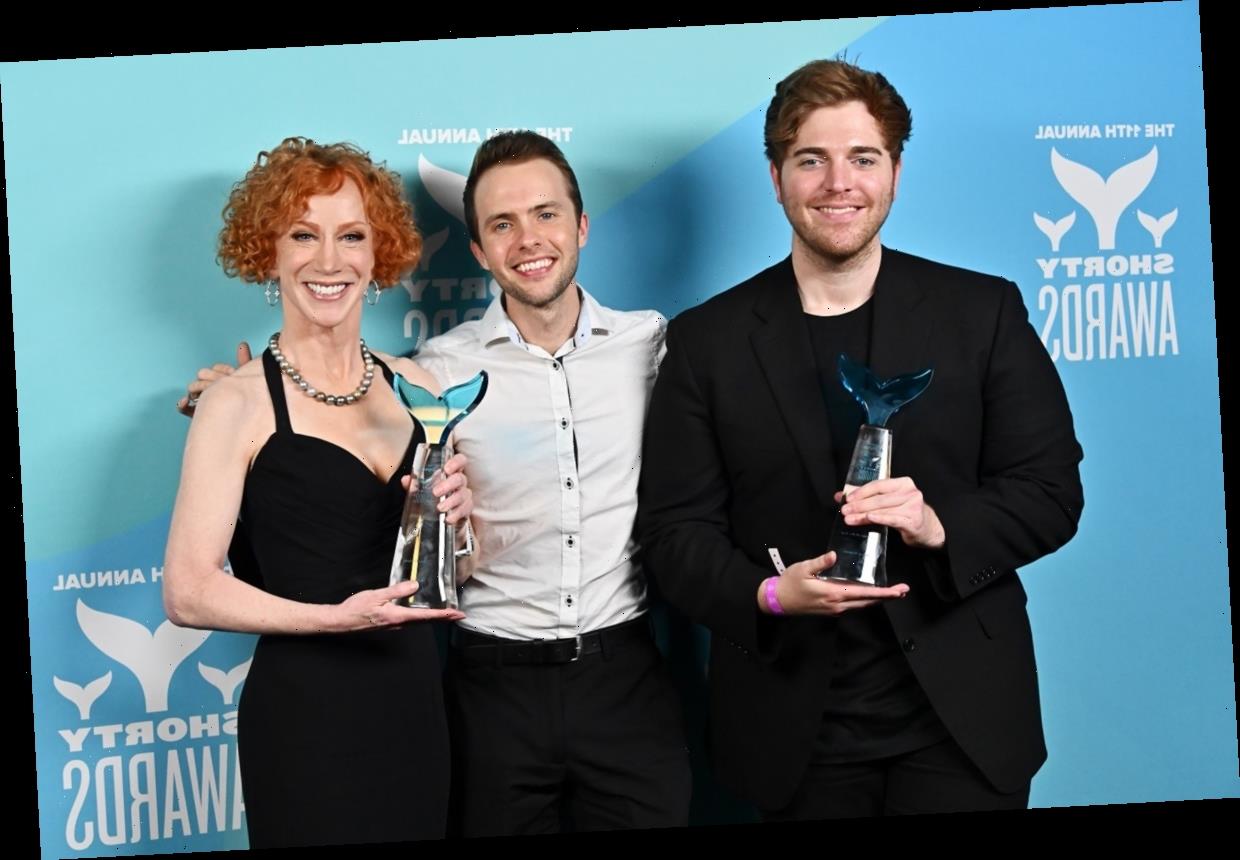