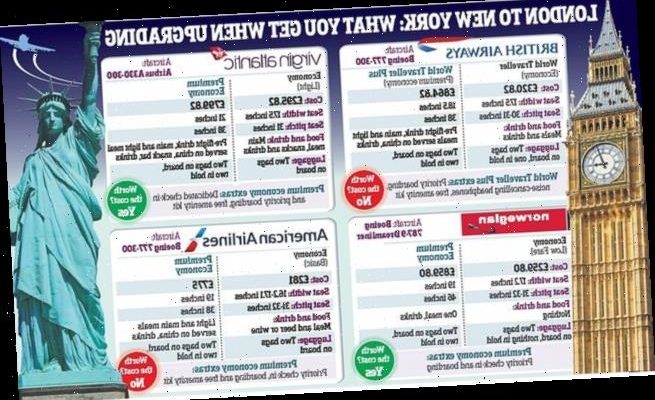 We price up flights on BA, Virgin Atlantic, American Airlines and Norwegian to find out if premium economy is REALLY worth the premium

That nifty left turn when you board a plane and are ushered into business class is not an affordable choice for most of us.

But, over the past few years, airlines have come up with a choice pitched between the champagne and flat beds of business class and the chewy pasta and plastic cups of coffee in coach.

Premium economy is the generic term for a confusing array of options that vary wildly in quality and price. 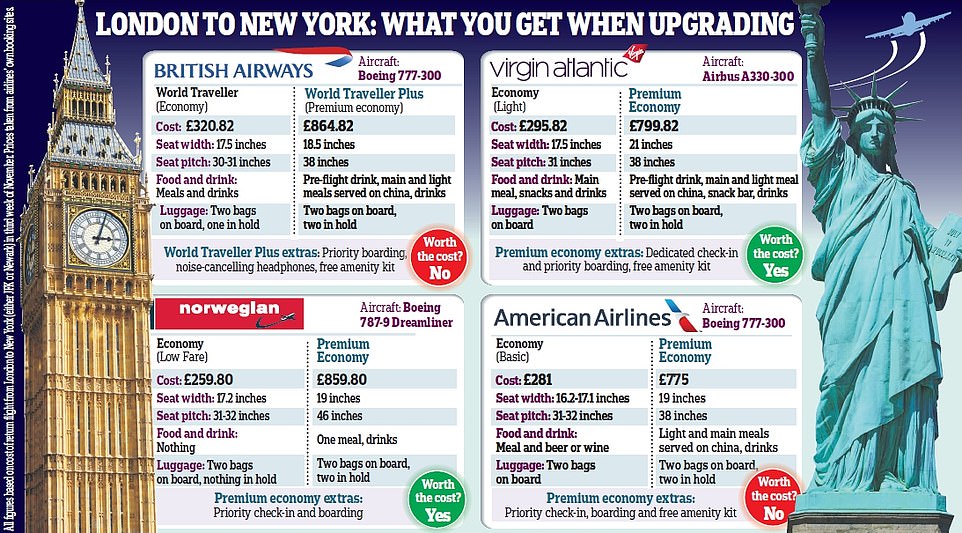 In theory, it is supposed to appeal to passengers who don’t mind spending a little extra for a more comfortable flight, but can’t quite splash out on seat 1A in first or business class.

But is it worth it? Elizabeth Monahan, a flight expert at the SeatGuru airline seat comparison site (seatguru.com), says timing is key.

‘If you book in advance, premium economy is generally 85 per cent more expensive than the standard economy fare,’ she reveals.

‘But if you book closer to your departure date, premium economy is generally only 10 to 35 per cent more expensive, so remember to ask about premium economy if you have a last-minute economy booking.’

Our survey of four airlines’ premium economy products on the London to New York route shows expectations do need to be managed if you’re booking in this class. 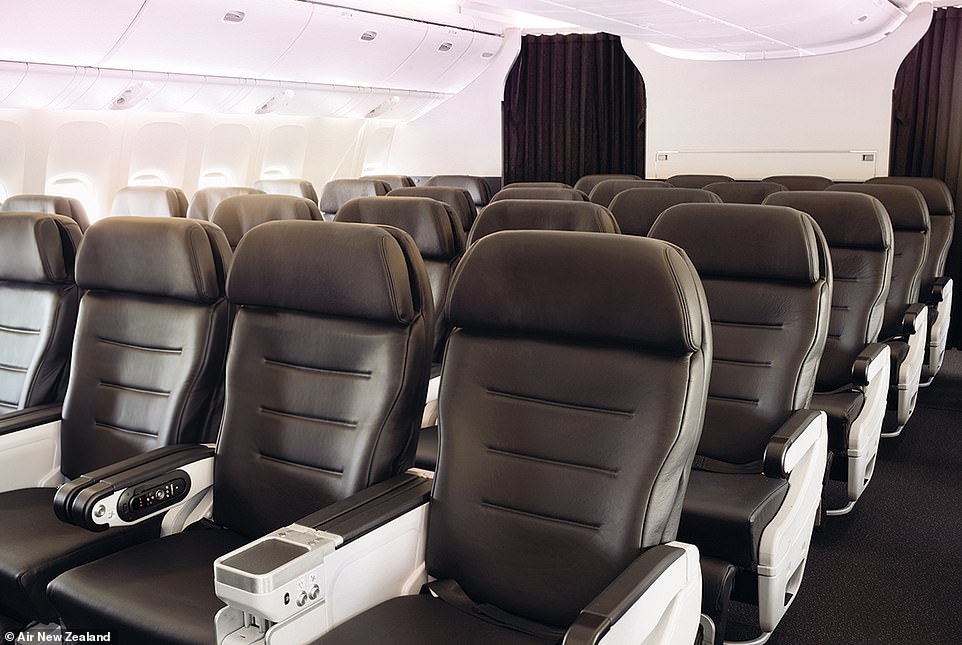 Even the size of the seat isn’t a huge improvement with some airlines. BA, for example, offers seats in premium economy (which it calls World Traveller Plus) that are only an inch wider than those in coach.

‘A premium economy fare is generally 65 per cent less expensive than a business class fare,’ says Elizabeth at SeatGuru.

‘In terms of space and amenities, these two classes are very different, with business class offering up to 50 per cent more legroom, significantly greater recline, more substantial leg rests and head rests, and superior food and wine choices.’

So if premium economy isn’t quite the fabled middle ground between economy and business class, which airline is the best at emphasising the ‘premium’ rather than the ‘economy’ element of your ticket?

Air New Zealand won airline and airport ranking consultancy firm Skytrax’s Best Premium Economy Class award last year. With complimentary drinks you can order from your seatback touchscreen, a huge 41in seat pitch, a 19in seat width and four pieces of baggage (two for the cabin and two for the hold) all included, it’s perhaps the closest an airline has come to a genuine half-way house between economy and business class. 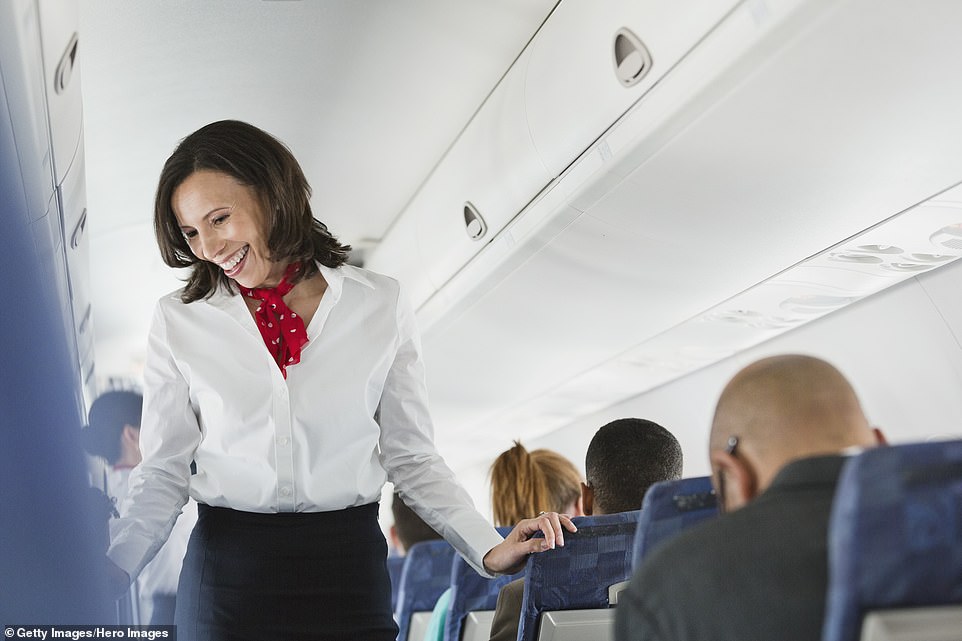 In theory, premium economy is supposed to appeal to passengers who don’t mind spending a little extra for a more comfortable flight

‘When the extra cost of premium economy is 10 to 15 per cent more than standard economy, that’s the point where it represents good value for the comfort-conscious flier,’ concludes Elizabeth Monahan.

Ultimately, it’s hard not to think that the number crunching you do to work out whether that complimentary pre-flight glass of fizz is worth the extra cost is taking some of the glamour out of ‘luxury’ flying.

Premium economy may be a slight improvement on cattle class. But trying to figure out just how significant that upgrade really is brings playwright Noel Coward’s remark to mind: ‘I’ll go through life either first class or third, but never in second.’