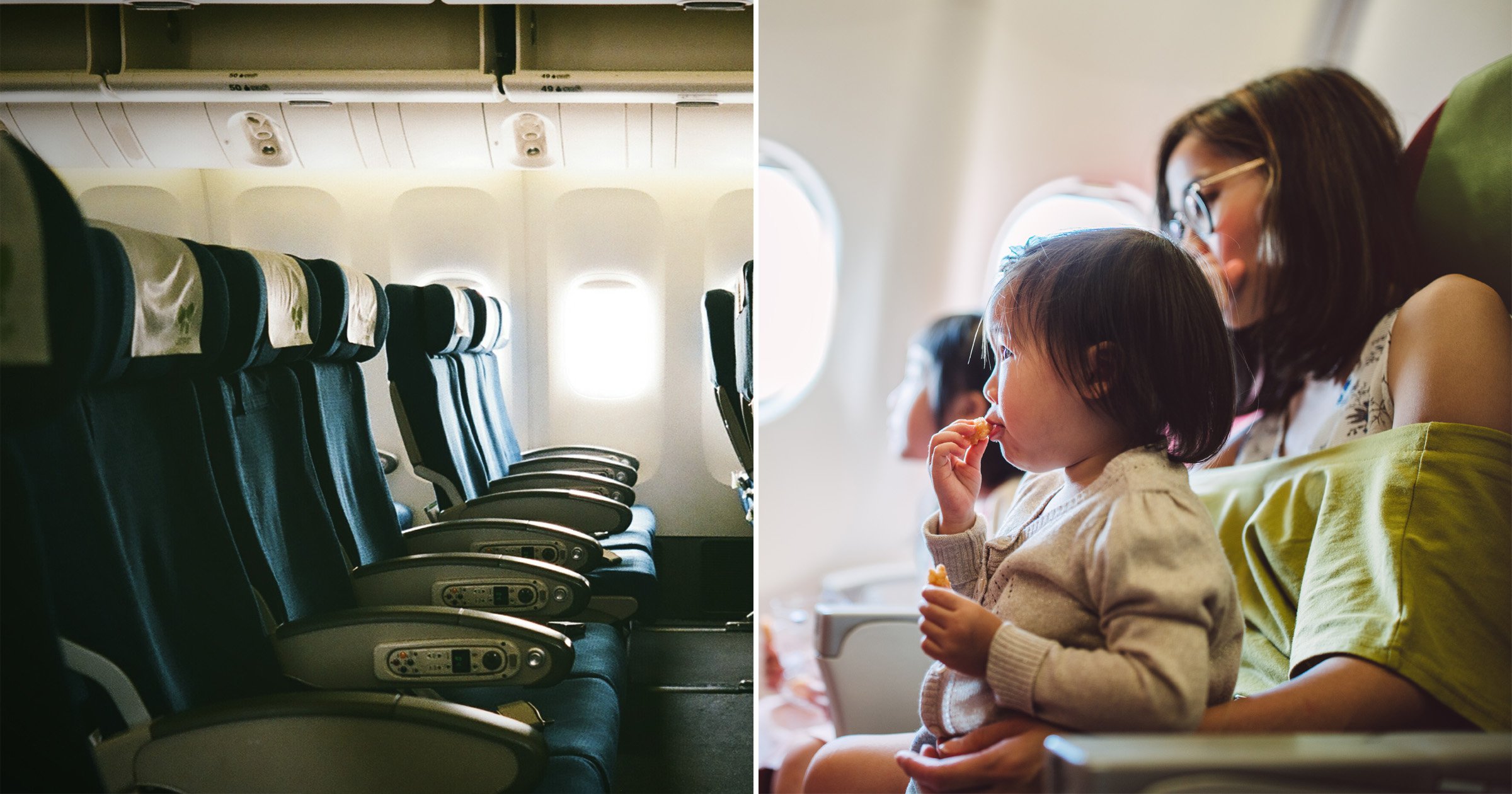 Are you the type of person who swaps seats or refuses to do so?

In a recent Reddit post people were divided after a Ryanair passenger refused to swap seats for a mother and her baby.

The passenger in question took to the discussion website looking for advice on the AITA subreddit, which stands for ‘Am I The Asshole’.

He explained he had specifically purchased a middle seat on a Ryanair flight so that he was close to the exit.

However, when he boarded the plane, he was asked by a mum if he could swap seats with her husband, who was 12 rows behind.

‘It may sound odd to buy a middle, but I wanted it to be as closer to the exit as possible and there were no other seats available,’ he wrote in the post.

‘The flight was landing on a minor secondary airport which has limited train connections so if I wanted to catch the best train, I have to run outside the plane and do passport control asap.

‘So I board my flight tired as hell, also business trip was awful and unproductive, and I have this lady with her child of months [sic] quietly sleeping sitting in the window seat.

‘She immediately asks if I can move to row 18 so she can seat [sic] with husband. I just said that I paid the seat and I did not want to move, didn’t really explain much.’

He added that the entire plane was judging him, including the mother who he could see texting her husband about him.

‘The worst thing is that the aisle seat next to me was empty, no one showed up so it seemed even more odd that my excuse was that I bought a middle seat. Eventually no one was sitting next to the husband so she moved down the airplane,’ he continued.

‘AITA? I mean was physically and mentally exhausted, I paid for my ticket and that exact seat. Everyone was judging me yet no one moved a finger to help the mother. Open to hear your opinion.’

Now, it’s worth noting that this is a Reddit post, and we can’t be sure it’s entirely factual. We’re only hearing one man’s side of the story, after all… and it may be made up.

But the story has opened up a conversation about a conflict in which many of us find ourselves.

Do we have to move seats to help out strangers? Are we terrible people if we want to stay put?

Opinions on this tale were divided.

Some explained why they always move if someone asks.

One user wrote: ‘I had this happen to me when my two small children (2 and 3 years old) were flying from Boca Raton, FL to Atlanta, GA. The actual plane changed and all the seats were changed from original booking.

‘I asked the older lady in my row if she could kindly switch seats with my 3 year old. It was only two rows. She said ‘No’ real loud and was super mean. Rows all around me started switching seats to accommodate my kids and I. Sometimes mothers do their best and changes in travel isn’t always their fault.

‘To this day, I always move to help others.’

However, most were sympathetic to the man and noted he was within his right to refuse.

‘You know you have reasons you purchased that seat. It would have been nice of you if you heeded to the lady’s request, but you’re not obligated to. Why did they not purchase a seat by each other? Not your fault they did not plan this any better,’ commented one person.

‘Nope, nope, nope. I hate this shit. If you WANT to sit together – PAY FOR THE SEAT,’ added a second supported.

While a third wrote: ‘I empathise with the family, but why didn’t they buy seats together or ask at the gate?

‘They took a gamble on the seating and lost, you had no way of knowing what seats would be available until the doors closed.’