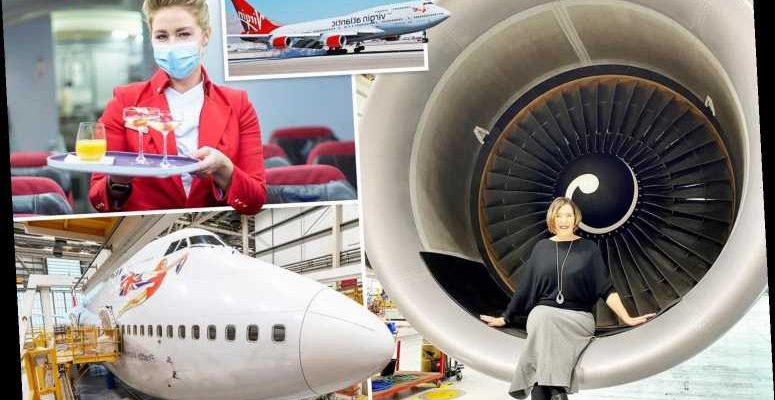 BEAMING behind his mask, my Virgin Atlantic cabin crew member offers warm bread rolls to go with my starter, served on china plates in my very own Upper Class suite.

Settling back to enjoy my tasty roasted cod main course, I recline in my chair and glance out of the window. 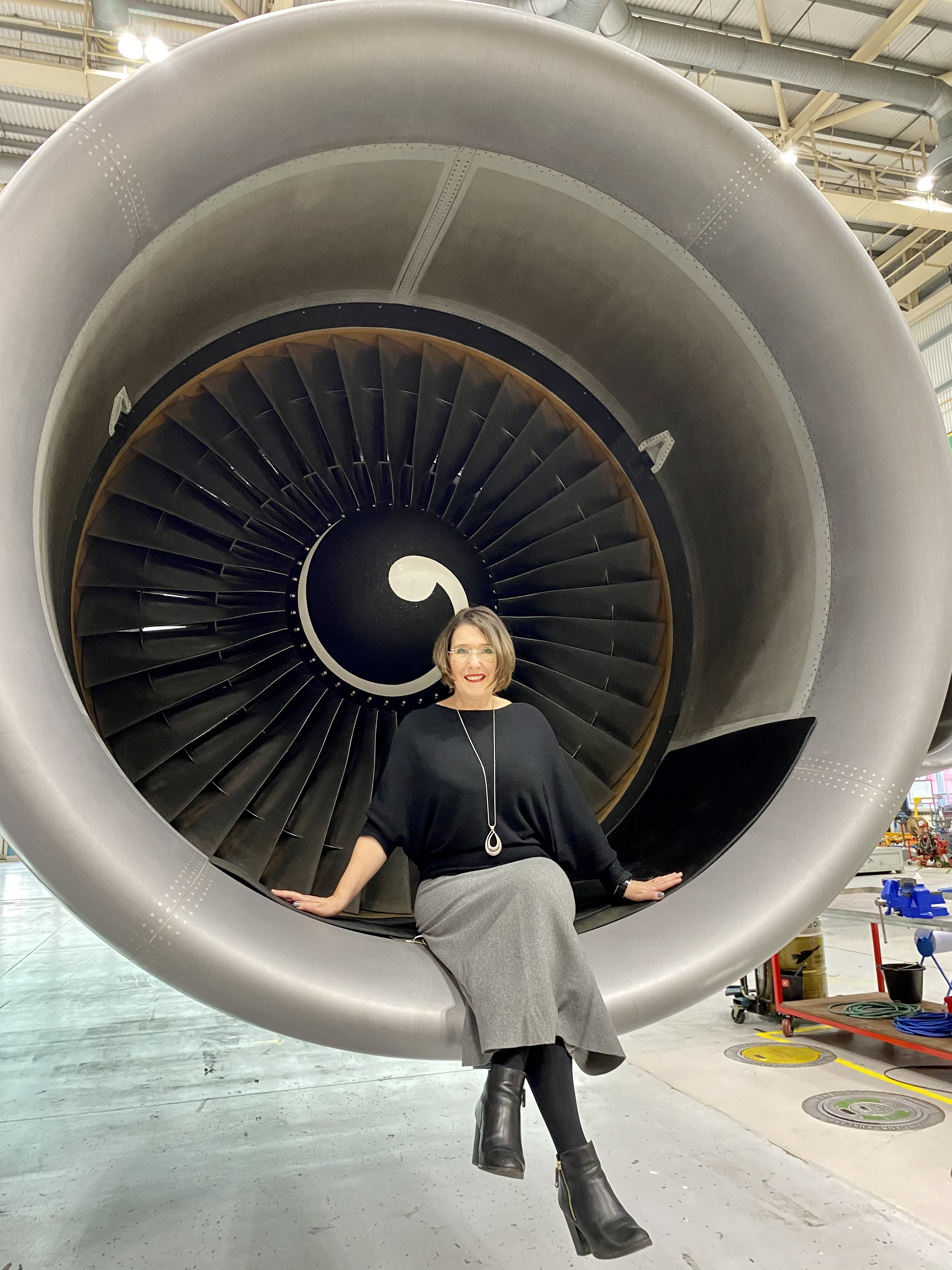 But while you might expect me to be peering down on the clouds, my view is of the inside of Virgin’s maintenance hangar at Heathrow Airport.

I am on board Pretty Woman, the final Boeing 747 in Virgin’s fleet.

The “Queen of the Skies” was given a fitting send-off last weekend as cabin crew, pilots and engineers bid farewell to one of their most-loved planes.

On Saturday, 36 lucky aviation fans were given exclusive access on board before it flew off to a new life as a troop-transport plane in the US. 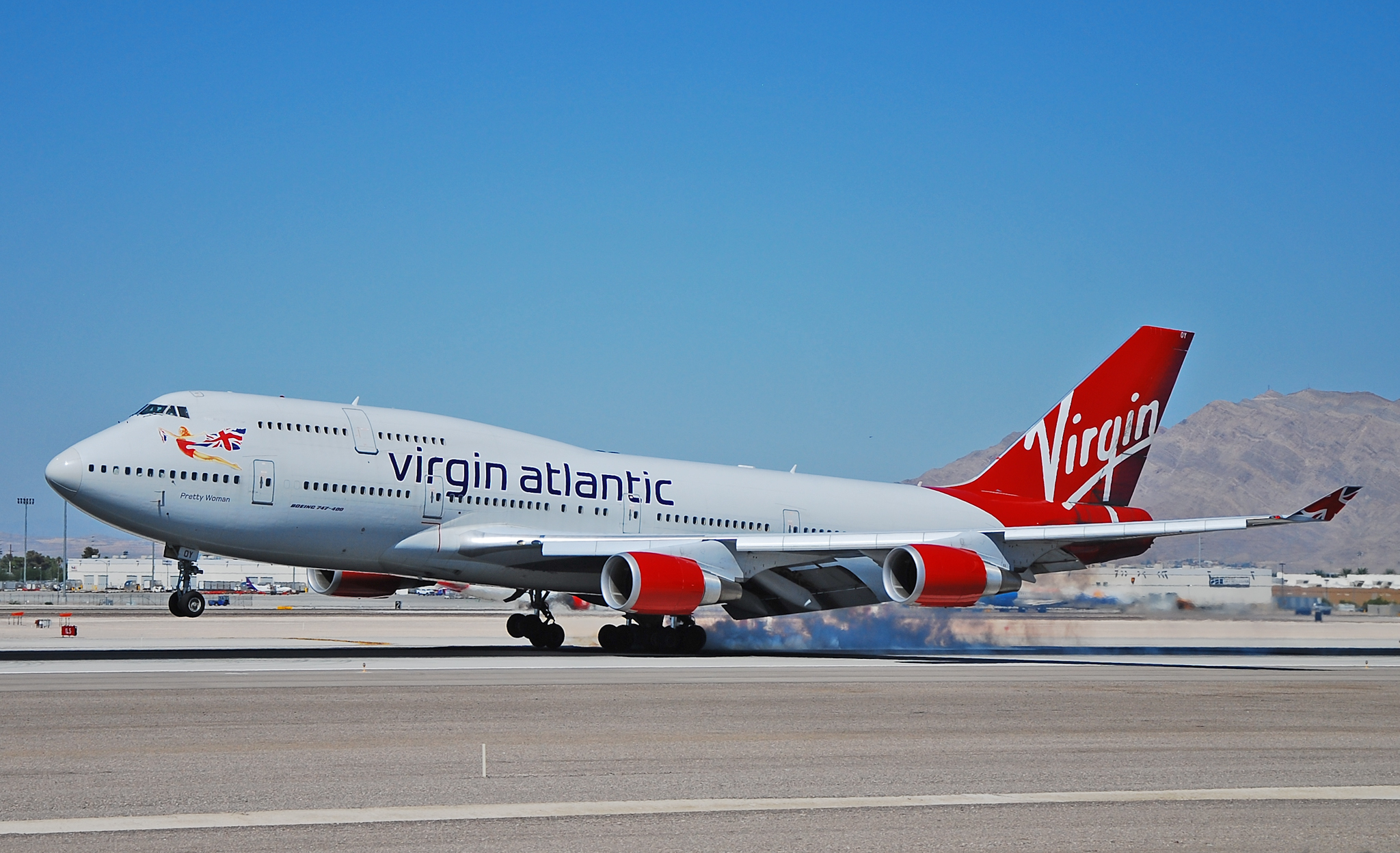 More than 100,000 had applied for the chance to climb aboard, with tickets for the charity event selling out in less than a minute. But the day before, I was among a small group of journalists allowed a sneak preview of the event.

After Covid temperature checks and putting on face masks, we enter the hangar and climb aboard, kicking off with bubbles in The Bubble — the 747’s famous top deck.

For many years it offered some of the most exclusive seats in the air, with the small cabin and its dedicated crew, as well as spacious storage bins for the price of an economy or premium-economy ticket.

Since the first Virgin Atlantic flight from London to New York in June 1984, the airline has operated 30 747s, logging more than 2.3million flying hours. 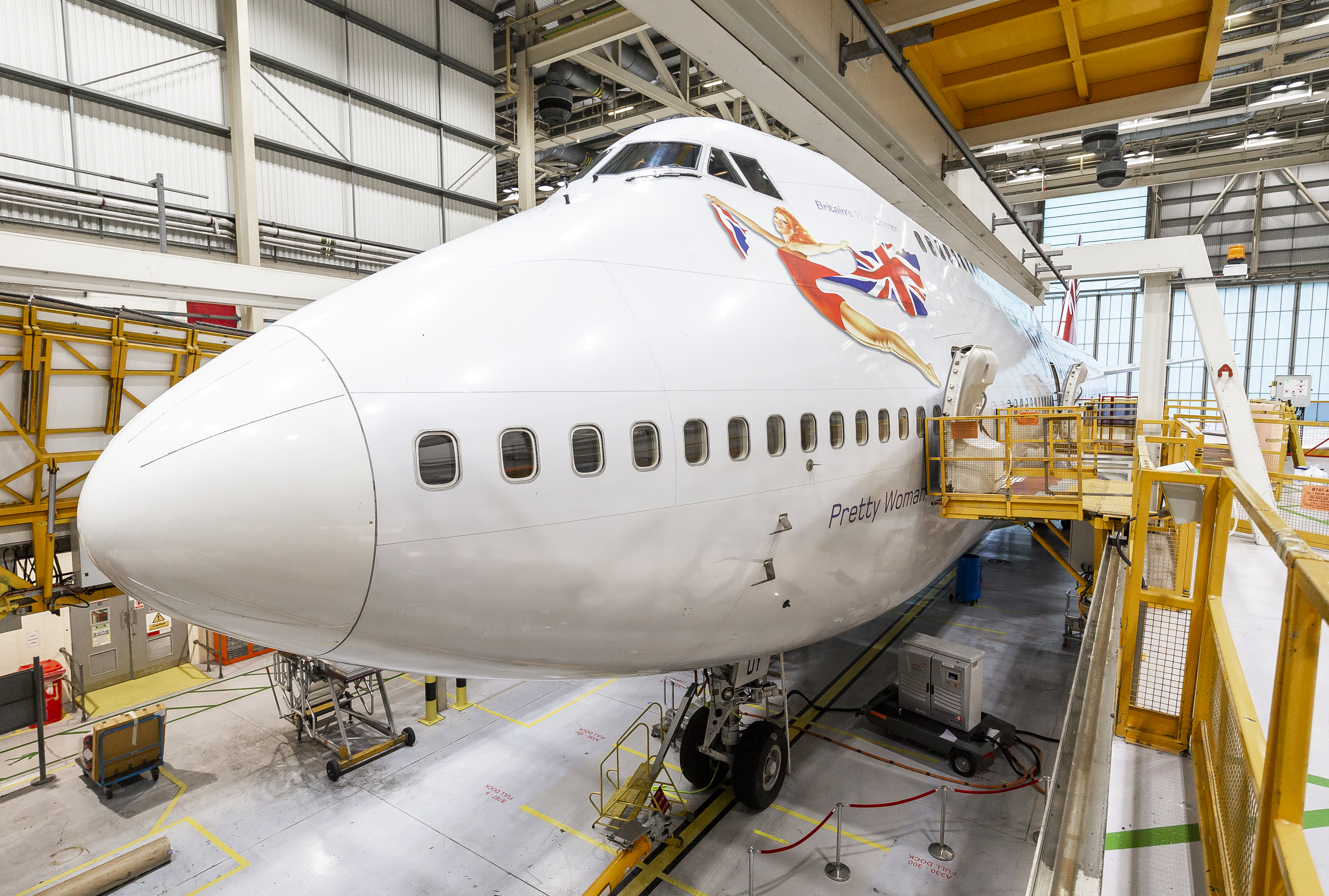 But the ageing fleet have now had their time, as more fuel-efficient, greener planes have taken their place. Both Virgin and its rival British Airways accelerated plans to retire their 747s when the pandemic led to a global aviation shut down.

As I settled into my seat and sipped a glass of fizz, Virgin’s chief customer and operating officer, Corneel Koster, talked us through the day’s activities and paid tribute to the plane.

He said: “The much-loved Boeing 747 has played an important role in Virgin Atlantic’s story. It carried our first passengers to New York 36 years ago, on our inaugural flight, and over the years has transported countless millions of holidaymakers and business travellers safely around the world.

“As we close this chapter and continue the transformation towards a cleaner, greener fleet, what better tribute than to showcase the Queen of the Skies one last time?” 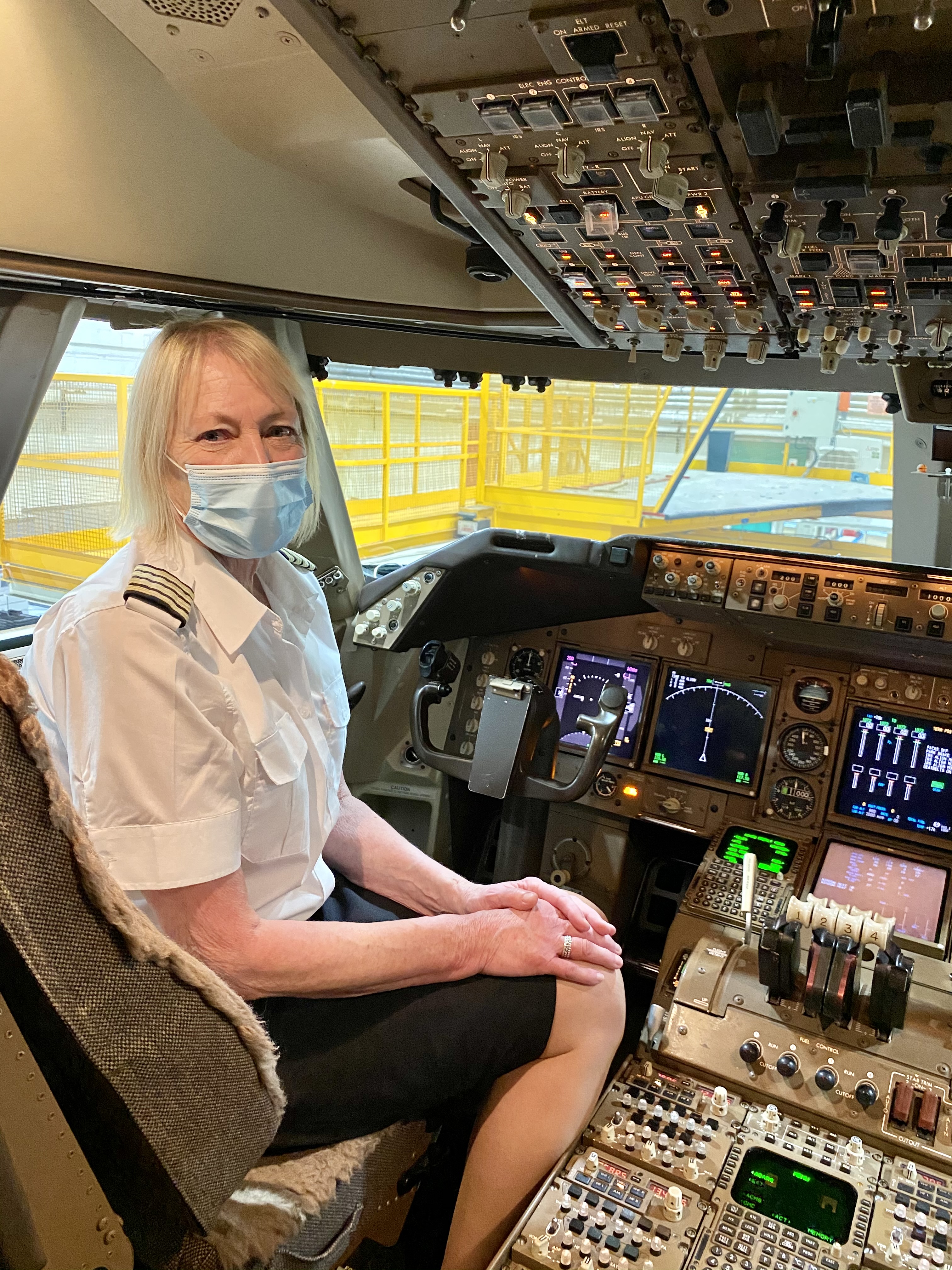 Split into groups of two, we then took turns to explore the inside and outside of the plane. First up for us was the chance to get up close and personal with the gigantic Rolls-Royce engines.

Aircraft maintenance manager Ian French talked us through the complex-ities of maintaining the aircraft and demonstrated how its £50,000 automated tool box records who removes, and most importantly replaces, every spanner, screwdriver or socket.

Then it was on to the cargo hold in the underbelly of the plane — before we made our way back into The Bubble and into the cockpit. The first-ever female pilot of a 747 in the UK, Yvonne Kershaw, had come out of retirement to bid farewell to the plane she flew for more than 24 years. She said: “I retired three years ago but it’s so good to be back in the hot seat. The only difference from when I was flying is the use of iPads, not the weighty paper manuals I was used to.

“I really miss the plane but miss the crew more — we were one big family.” 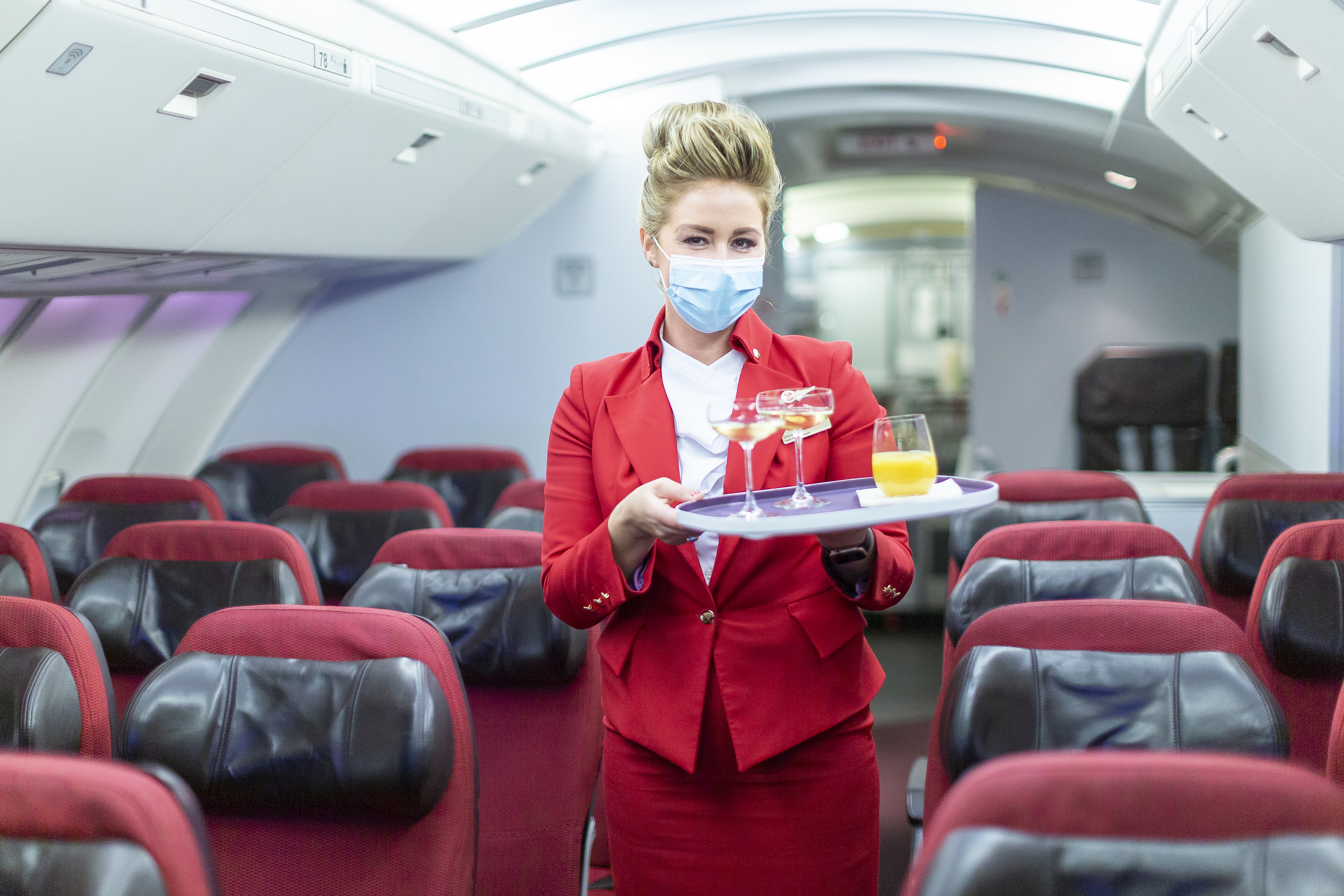 Next up was the chance to discover a place no paying passenger will ever set foot in — the crew rest quarters.

At the very back of the plane, a secret door in the galley leads up an almost vertical stair to a room in the roof that squeezes in eight beds for cabin crew to snatch a few hours’ sleep midflight.

With the restricted headspace and double bunks slotted into all four sides, this is definitely not a hangout for claustrophobics.

After a quick selfie opportunity, perching on the front of one of the plane’s giant engines, we were back on board for our lunch in Upper Class. 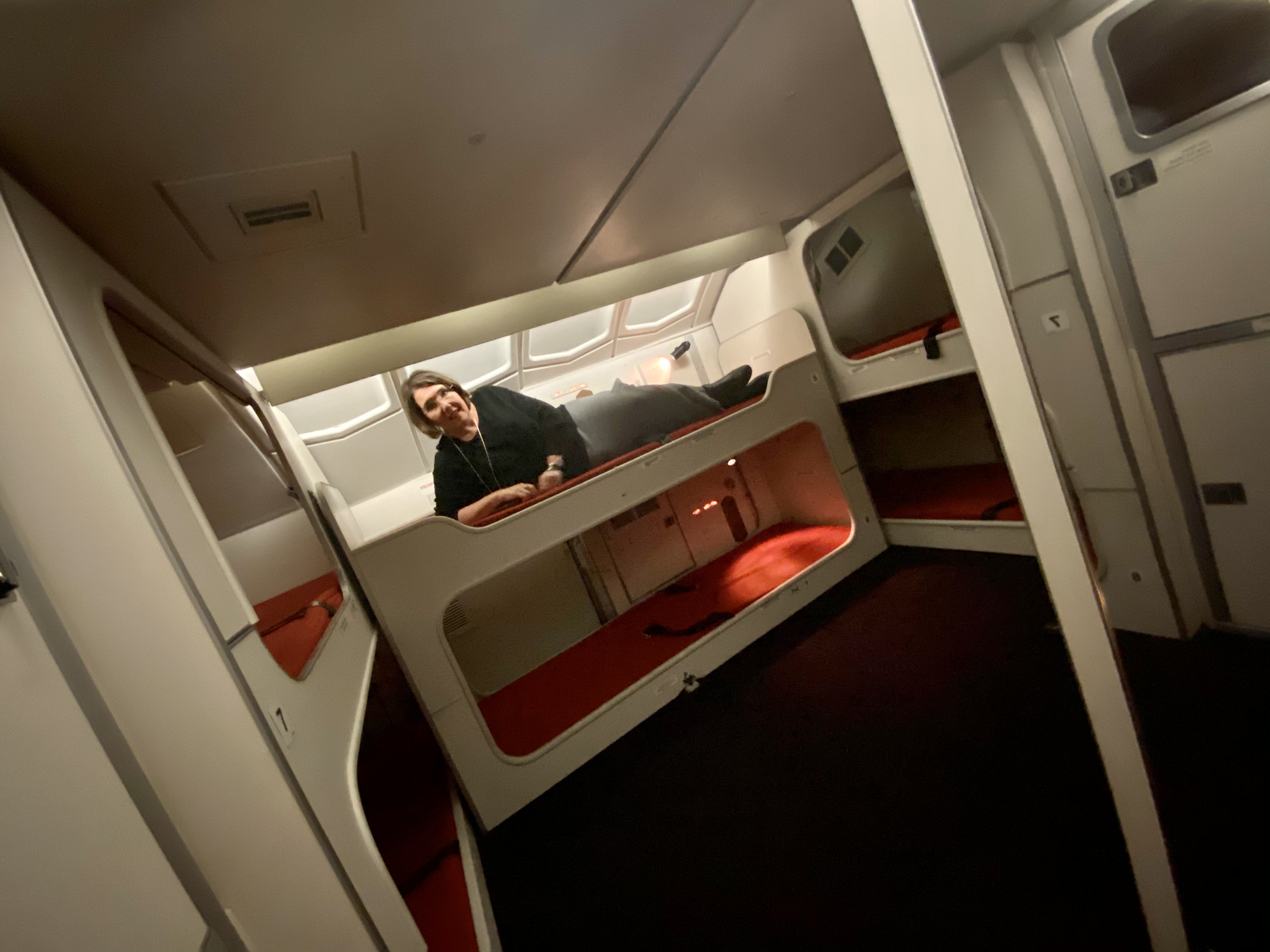 Sitting at the very nose of the plane, in seat 6K, I kicked back and relaxed while the ever-friendly crew served up the farewell meal and shared their own memories of flying on the 747.

It is no surprise so many aviation fans applied for this event. For more than 30 years, the 747 offered millions the chance to fly in comfort and style across the globe. Even as recently as last year, the plane was still setting records — flying the fastest-ever time for a commercial airliner between New York and London in just five hours.

While the new, more environmentally friendly Boeing and Airbus planes will bring even more innovation, for many the classic 747 jumbo jet will hold a special place in the heart.