A PILOT revealed what happened when the plane he was flying was struck by lightning.

Harrison Murray shared a video explaining what happens to a plane when it gets hit by lightning mid-flight. 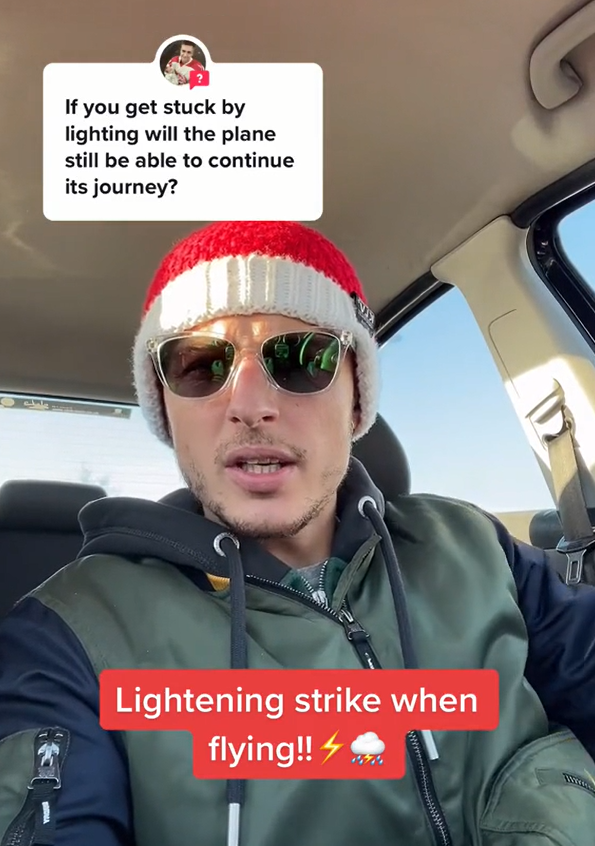 He shared a video on Tiktok in response to the question: "If you get struck by lightning, will the plane still be able to continue its journey?"

He said: "Yes you can. What normally happens is the lightning will hit the aeroplane, it'll pass straight through.

"Once we get on the ground, we'll mention it to maintenance control and the engineers and they'll have to do some maintenance inspections."

A viewer commented on the video asking if Harrison has ever experienced it himself.

They said: "Has this happened to you before? Is it common?"

Harrison replied: "Had it once flying out of London City! It hit the front of the plane, bright flash and loud bang. That was it. We continued to Dusseldorf."

While the idea of being in a plane that gets struck by lightning might terrify some passengers, it is not that uncommon, and planes are designed to be able to withstand a lightning strike.

The Federal Aviation Administration (FAA) estimates that a plane is hit by lightning once a year – which is roughly once every 1,000 hours of flight time.

Typically, when lightning hits a plane, it hits the nose or wings. The charge then travels through the body of the plane before it leaves at the tail.

It doesn't usually damage the plane, and the flight will continue without any problems.

In fact, the sight of a plane being struck by lightning can be more terrifying for people on the ground than the passengers.

Check out the CCTV footage which captured the scary moment a plane was struck by a lightning bolt during a thunderstorm near Birmingham Airport.

A Ryanair plane was forced to make an emergency landing after it was struck by lightning near London.

Passengers revealed how they feared for their lives when the wing of their plane was struck by lightning mid-flight. 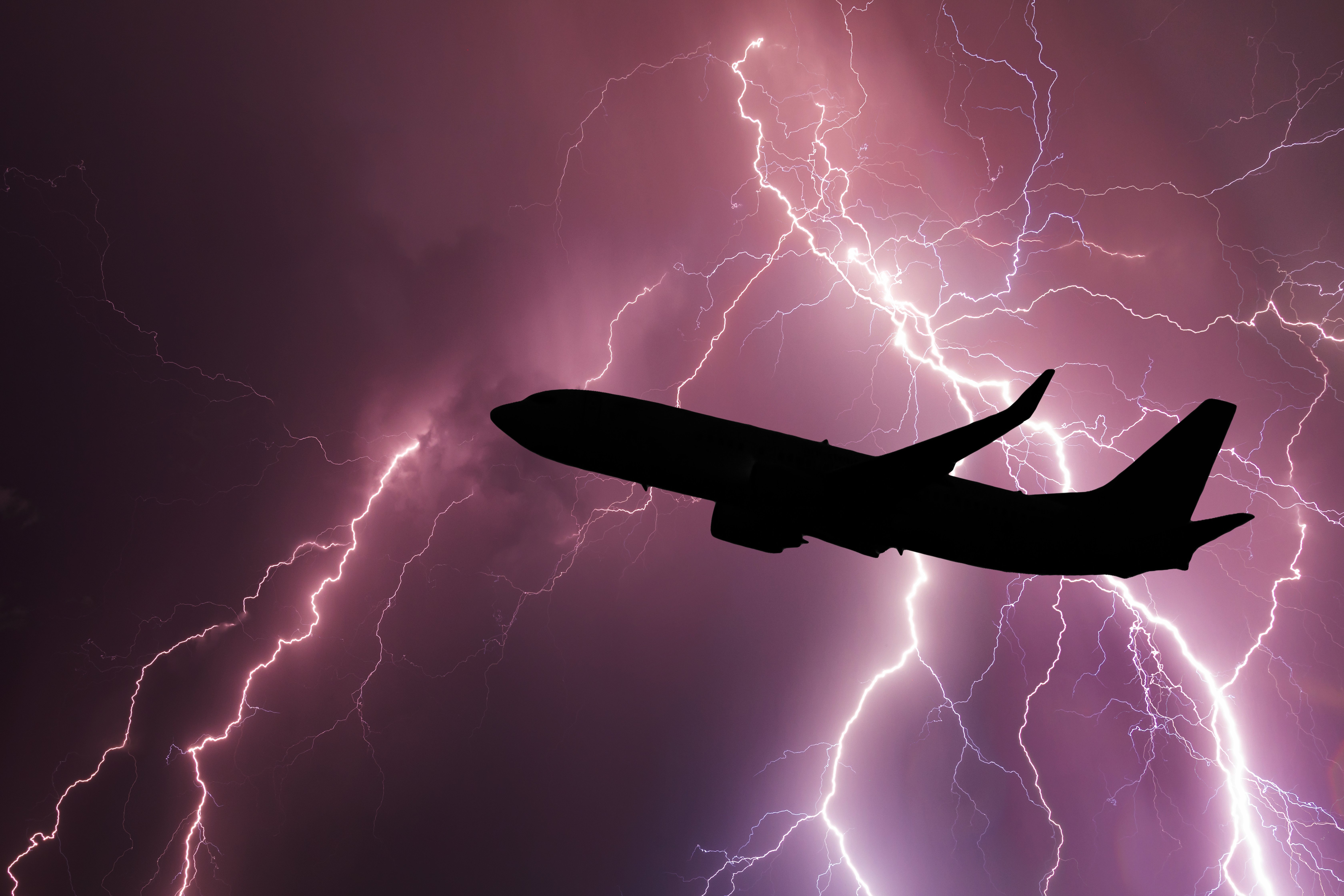