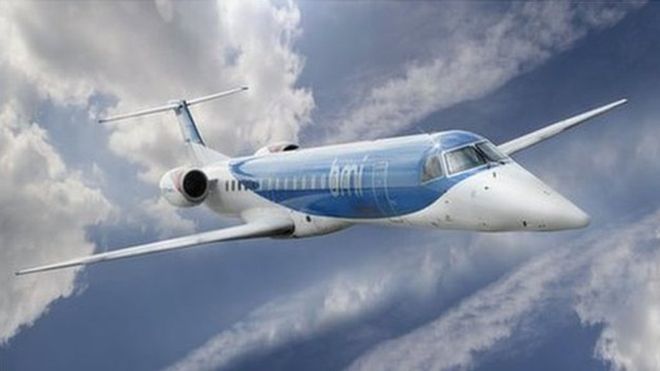 Passengers were stuck in departures lounges across Europe when the airline suddenly axed all flights and ordered planes back to Britain. 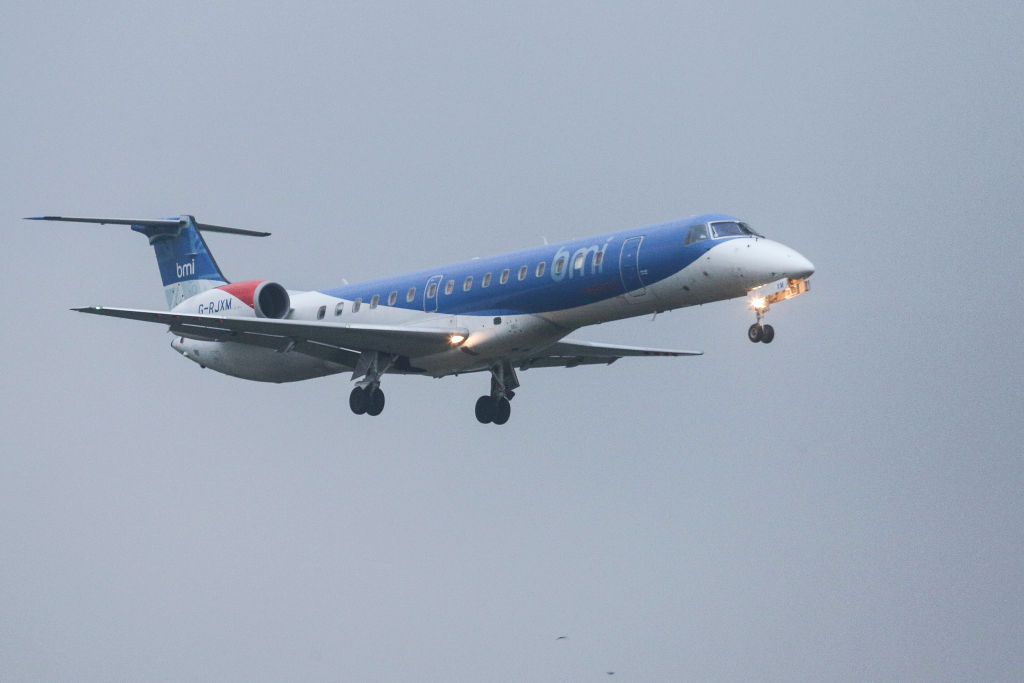 One flight between Bristol and Munich was cancelled after passengers had passed through security.

Dad-of-three Richard Evans, 47, said: "This morning after we went through security at Bristol airport about an hour before the flight was meant to leave there was an announcement to say it had been cancelled for ‘operational reasons’.

“FlyBMI arranged 14 taxis to transport everybody down to Heathrow and put us on a Lufthansa flight. We arrived in Munich six hours later than we were supposed to.

“We were not very happy obviously. The airport staff didn’t seem very surprised it had been cancelled though. They told us they have been cancelling at least one FlyBMI flight a day recently.”

Laura Mason added: "Meant to be flying tomorrow. Can’t check in and says on stand by. Booked flights a year ago what an absolute joke. Awful service."

Another flier Tom added: "Hi FlyBMI have you got any tips on how I should break it to my girlfriend that our child is now not seeing his grandparents for the first time since he was born because you can’t sort your finances?"

The East Midlands based airline operates 17 planes flying to 25 European cities and advised customers to seek alternative methods of transport and contact their travel insurance provider.

Bosses said it had been badly affected by rises in fuel and carbon costs and uncertainty over Brexit.

The firm will lose 376 jobs across UK and Europe.

What are my rights if my flights are cancelled?

Customers booked on any FlyBMI flight need to contact the airline or holiday website they’ve booked with.

If they booked with an agent or holiday website and they are ATOL protected then they’ll get flights rebooked/refunds.

Otherwise they should contact insurance or try and get refund via credit card firm or direct debit.

Those who booked with a credit card are covered under the Consumer Credit Act, as long as they spent over £100.

Direct debit bookings may be refunded under Chargeback but you’ll need to check with bank/card issuer.

If you’ve booked a hotel or accommodation then insurance may cover a refund.

Civil engineer Danny McLaughlin, 46, had 14 flights booked through his job over the next seven weeks between City of Derry Airport and London Stansted.

The dad-of-two said he was shocked when he received a text message telling him of the airline's collapse.

Mr McLaughlin said: "I'm a bit stunned to be honest with you.

"I know airlines and things have been saying this for quite a while but it just came as a bolt out of the blue.

"I feel sorry for the staff. I haven't reached the angry stage yet, I probably will. I probably will get a bit annoyed as the weekend goes on. And on Monday morning when I can't get to work."

Durham University student Mary Ward found out her flight could be affected when her mum showed her a news alert.
Shortly afterwards Mary received a text from the airline: "URGENT: Important message for Flybmi customers. All flights are cancelled. Please go to www.flybmi.com for further details. Thank you."

She had been due to fly from Belgium to Newcastle but is not sure what she will do now.

"I can't afford any of the flights or the Eurostar."

Erica Fairs, from the Forest of Dean, was stranded in Edinburgh by the airline’s collapse.

She said: “My children are with my ex-husband and I need to be back on Monday to pick them up.

"I have heard nothing from FlyBMI and I’m going to have to book some flights with another airline.

"What was really weird is this week I have been trying check-in online for my return flight without success. It let me check in for my outbound but not my inbound one.”

The Civil Aviation Authority (CAA) said travellers should contact their insurance provider as their policy may include cover for scheduled airline failure.

It advised passengers whose flights were part of a package holiday to contact the travel firm they booked with.

If the firm holds an ATOL (Air Travel Organiser's Licence), it is responsible for flight arrangements and must either make alternative flights available so the trip can continue or provide a full refund, the CAA said.

A spokesperson for FlyBMI said: “It is with a heavy heart that we have made this unavoidable announcement today.

“The airline has faced several difficulties, including recent spikes in fuel and carbon costs, the latter arising from the EU’s recent decision to exclude UK airlines from full participation in the Emissions Trading Scheme.

“These issues have undermined efforts to move the airline into profit.

“Current trading and future prospects have also been seriously affected by the uncertainty created by the Brexit process, which has led to our inability to secure valuable flying contracts in Europe and lack of confidence around BMI’s ability to continue flying between destinations in Europe.”

The statement added: “Additionally, our situation mirrors wider difficulties in the regional airline industry which have been well documented.

“Against this background, it has become impossible for the airline’s shareholders to continue their extensive programme of funding into the business, despite investment totalling over £40 million in the last six years.

“We sincerely regret that this course of action has become the only option open to us, but the challenges, particularly those created by Brexit, have proven to be insurmountable.

“Our employees have worked extremely hard over the last few years and we would like to thank them for their dedication to the company, as well as all our loyal customers who have flown with us over the last six years.”

“Regrettably Balpa had no warning or any information from the company at all.

“Our immediate steps will be to support FlyBMI pilots and explore with the directors and administrators whether their jobs can be saved.” 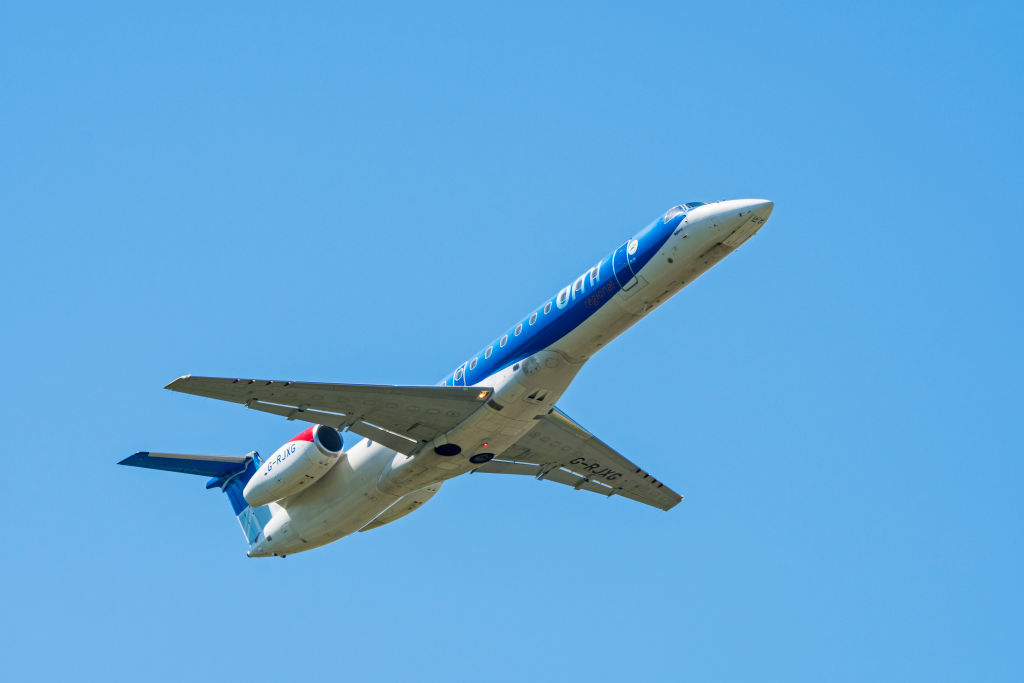