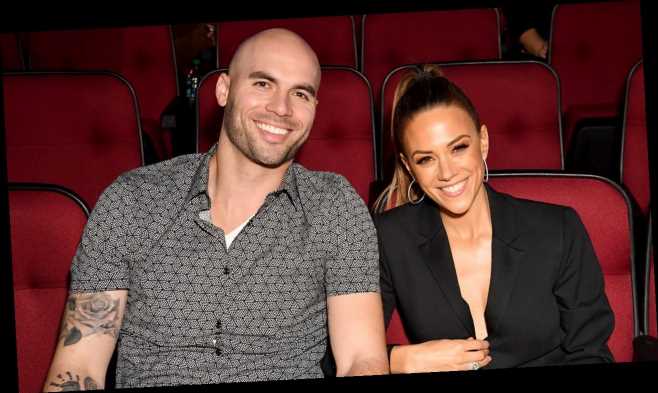 Jana Kramer and her husband Mike Caussin are opening up about how their public relationship challenges affected their well-being.

The couple sat down with PEOPLE Now on Tuesday to discuss an incident involving a photo of a topless woman found on Caussin’s Apple Watch — which the couple first revealed on a recent episode of their podcast Whine Down with Jana Kramer and Mike Caussin.

“This was really hard, to the point where we had to cancel a few things because I was like ‘I’m gonna have a frickin’ nervous breakdown, like I’m having so much anxiety around the comments,'” Kramer, 35, said on Tuesday.

“It was the first time that it had got to me, because we weren’t unified, together, in a strong place,” she added. “So I think, lesson learned, don’t look at things when I’m not in a healthy place because it only feeds the anxiety. But at the same time, I know he didn’t cheat in that instance… So I just have to be like, ‘They don’t know all the facts I know.'”

On their podcast, the pair candidly told fans that Kramer went through Caussin’s Apple Watch and found a topless woman’s photo that he had deleted from his phone without informing her about it.

Caussin hadn’t recognized the number, and when he saw the lewd image, he decided to delete it, as he and his wife were working though his past infidelities from 2016. The couple discovered that number was actually a “bot” that had sent similar messages to some of their friends.

Later, on Instagram, the singer revealed she and her husband were close to not airing the podcast, given that it was the first time they spoke about the incident after a “very long and intense 24 hours of not talking to each other.”

Speaking to PEOPLE Now, she reiterated that they felt they “were not ready” to speak about the incident when they did on the podcast.

“I didn’t think we were going to talk about it,” Kramer said. “We were just not ready. So we definitely regretted sharing that so soon, because we were just not together, unified yet. And I was still confused and hurt.”

The One Tree Hill star even revealed that she helped Caussin, 32, calm down after he experienced his own anxiety attack over the scandal.

“I was like ‘Micheal, you don’t understand, everything you’re [feeling right now], that’s an anxiety attack,’ Kramer told PEOPLE Now. “And he was like, ‘No way, I don’t have anxiety. I’m a man.'”

“I just felt panicked. I felt like I needed to flee, like I couldn’t control anything,” the former NFL player admitted. “I mean, I couldn’t breathe, every symptom you could name for a panic attack.”