The Quest Palmerston in Australia posted a number of images on the social media platform, commenting: "What an interesting week…It must be Shark Week". 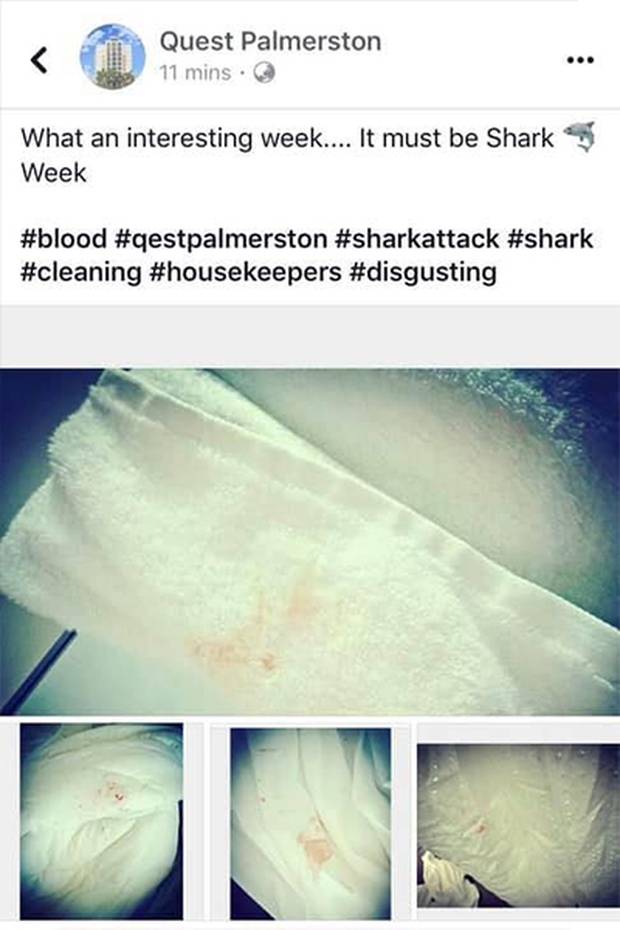 The phrase is often used as a derogatory term for women on their periods.

The hotel has since apologised and removed the pictures, writing on Facebook: "We are deeply apologetic to all for the recent post and comment on the Quest Palmerston Facebook page that has been removed, this is not in line with our standards or the Quest Brand.

Facebook users were not impressed with the apology they issued. 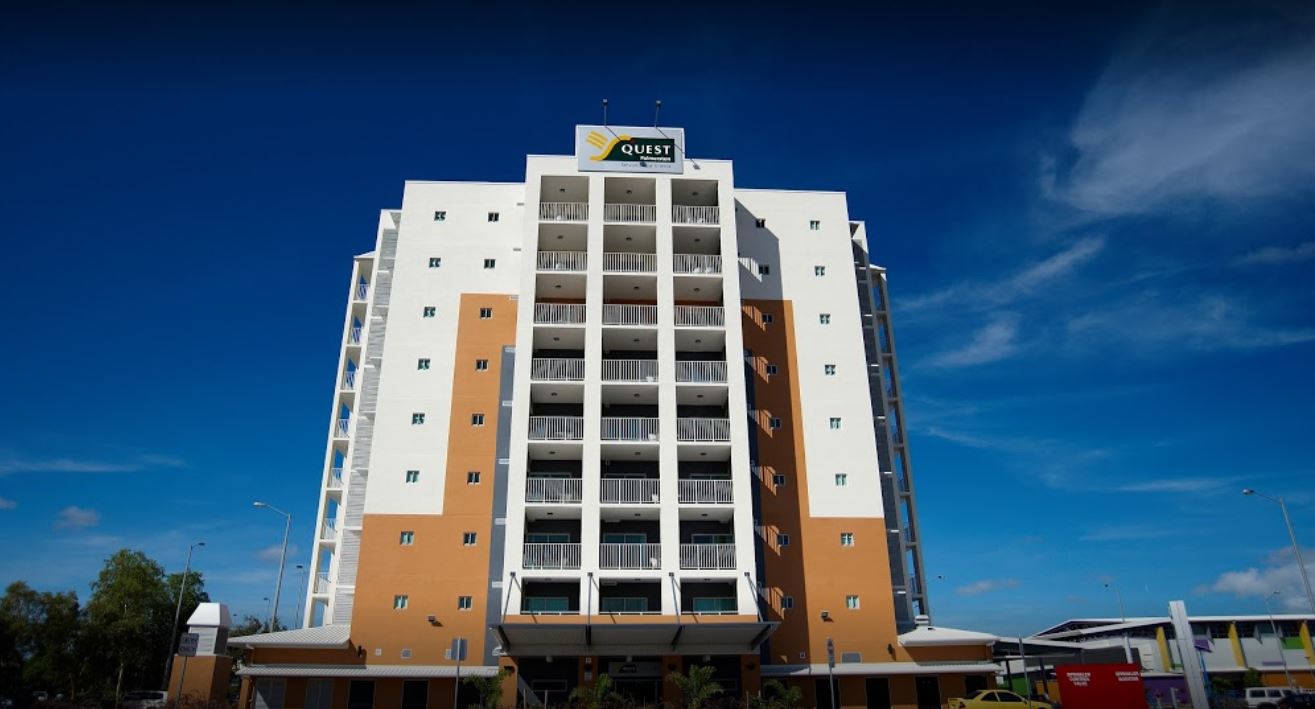 One person wrote: "The question that still needs answering is why is there such a culture in your organisation that permits the degrading of your paid customers. Is there NO level of respect?"

Another said: "Your staff shamed a woman for something she's no control over and yet, nowhere in your 'apology' do you actually acknowledge how outdated period shaming is or the steps you'll be taking to ensure this never happens at your hotel again."

Some felt it was rude to assume the blood was due to a guest's period: "Assuming that blood on sheets is menstrual blood is one thing, deliberately trying to shame a woman for it on social media is just deplorable."

Others felt they should give a donation to Australian sanitary protection charity Share the Dignity as an apology. 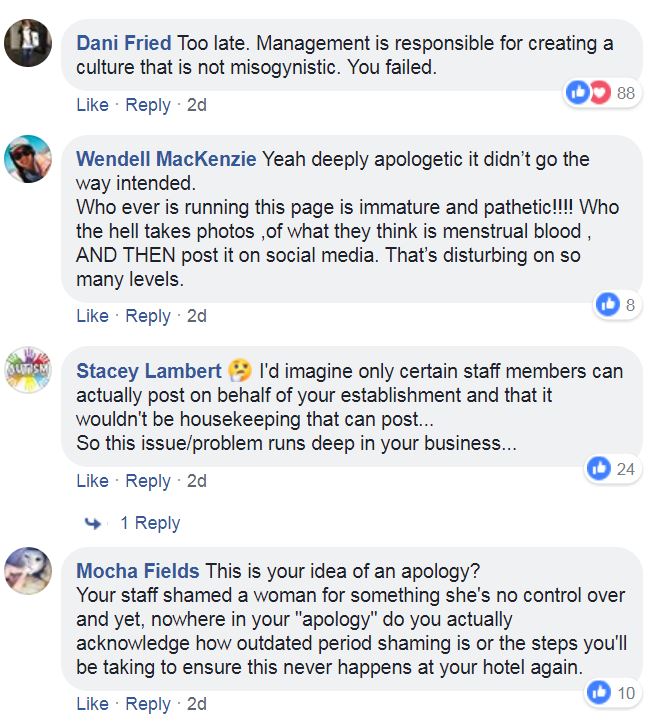 The charity wrote on Facebook in regard to the pictures: "There are just no words Quest Palmerston.

"Shaming a woman for getting her period and posting pics on social media. The Post has been taken down now, but this day and age this is poor taste."

A number of negative reviews for the hotel have since been left on Google following the post, with the Facebook reviews dropping to 1.9 out of 5.

A Quest Apartment Hotel spokesperson told Sun Online Travel: "The unauthorised post by a Quest Palmerston employee was deeply upsetting and we understand the strong community reaction it provoked.

"It goes against the brand values of Quest Apartment Hotels and doesn’t adhere to the franchisor's current social media guidelines.

"The employee responsible for the post has been suspended and will now be subject to an official internal investigation."

A blogger shared a picture of her period after she stained the bed to "normalise" bleeding and ended up losing followers after posting on Instagram, Sun Online previously reported.

A recent survey by Expedia revealed one in six hotel guests found themselves in an embarrassing situation such as wetting the bed or blocking the toilet.

A Brisbane hotel worker said: "We've had to charge numerous guests for ruining the bed sheets as they have so much fake tan on them."