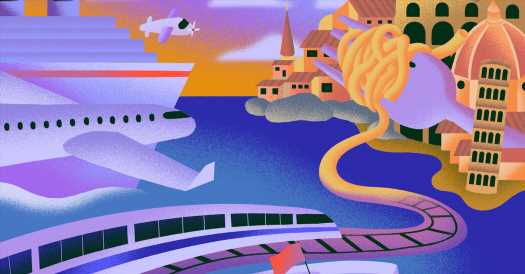 My husband and I are currently planning a trip to Ireland, Portugal and Italy for August and September. We are only reserving hotels with free cancellation policies and our airline tickets can be changed to a future date. Knowing that much of Europe is closed right now to United States citizens because of the virus, is there much hope that our plans will materialize, or are we wasting our time? What should I watch for? Kathy

Although there are some signs of life — Iceland is newly open to fully vaccinated travelers and Greece will reopen to vaccinated or virus-tested visitors next month — Europe, where case counts are rising in some parts and the vaccine rollout has been disappointingly slow, is still largely closed to Americans. Ireland is open to United States citizens with a combination of testing and quarantine, but Portugal and Italy, like most of the continent, for now remain off limits. Italy, in particular, was hard-hit by the virus in the early months of the pandemic; and in March, the spread of a contagious variant from Britain pushed the country back into another lockdown.

“This environment is so challenging because there is significant pressure for countries that rely on tourism to rebound, which counterbalances much slower vaccination rates in Europe,” said Fallon Lieberman, who runs the leisure-travel division of Skylark, a travel agency affiliated with the Virtuoso travel network. “So unfortunately, those two forces are at odds with one another.”

Your question, like many related to the pandemic, involves various degrees of risk. First, let’s look at the concrete risk: If you book now for late summer, how likely are you to lose money?

With some savvy, informed decisions: not very.

As you suggest, some airlines are still exhibiting flexibility with seats beyond Basic Economy, and now, especially, it’s wise to book tickets that can be easily changed. Delta Air Lines has eliminated change and cancellation fees for all flights originating from North America, and Delta eCredits set to expire this year — including for new tickets purchased this year — can be used for travel through 2022. United Airlines has also permanently eliminated change fees.

Unlike a plane ticket, which can always be changed (either for free or for a fee), a nonrefundable hotel reservation is generally exactly that: a use-it-or-lose-it investment.

The good news: “Hotels in Europe — and around the world, really — are being quite flexible,” said Ms. Lieberman, who has helped hundreds of Skylark clients cancel and rebook last year’s felled Europe trips, many to this summer and beyond. “While this is a very challenging time, many suppliers are providing maximum flexibility.”

Cancellation policies vary by property, but many of the multinational companies have made it easy, and relatively risk-free, to plan ahead. Companies like Hilton and Four Seasons are allowing cancellations up to 24 hours before check-in. Hyatt is allowing fee-free cancellations up to 24 hours in advance for arrivals through July 31 (and it’s always possible that date will be extended). For points nerds, most of the big hotel chains allow most award nights to be canceled scot-free, with the points redeposited, within a day or two of the expected check-in.

More complicated than physical refunds, though, is the larger, metaphysical risk: How likely is it that this trip is actually going to happen? What forces can help predict whether the Europe trips we book today will actually materialize in August and September?

Although France and Italy have just been locked down again, interest in Europe is rising, aided, no doubt, by signs that President Biden could lift the ban on European visitors to the United States as early as next month, news of the possibility of European health passes, rumors that Spain and Britain could both restart international tourism in mid May, and more.

At Hopper, a travel-booking app that analyzes and predicts flight and hotel prices, bookings for Europe-bound summer 2021 travel surged 68 percent week-over-week between the last week of February and the first week of March. Searches for round-trip flights to Europe departing this summer increased a whopping 86 percent in the 30 days following February 22.

According to TripAdvisor data of hotel searches from the United States for this summer, five of the 10 most-searched European destinations were in Greece, but Rome — and Paris, for that matter — were also on the list.

To make sense of how traveler zeal will jibe with the realities of the pandemic, analysts and travel industry experts are eyeing several factors, including flight schedules.

According to PlaneStats, the aviation-data portal from Oliver Wyman, an international consulting firm, the number of Europe-bound flights scheduled to depart the United States this month is around 26 percent of the number that departed the United States for Europe in April 2019. Next month compared to May 2019, that figure is looking even higher so far: 35 percent. (April and May 2020, by contrast, both clocked in at 5 percent.) That’s lower than normal, but it’s still a drastic uptick from any other point during the pandemic. Although many will be connecting flights (Americans can still transit through Europe) or culminate in destinations like London (Americans can visit England, though multiple testing and quarantines are required), schedules still remain a key indicator.

“It’s a sign of optimism, and I think some of that trend may stick around,” said Khalid Usman, a partner and aviation expert at Oliver Wyman. “What airlines don’t want to do is put out schedules where people are not going to be traveling.”

“We expect herd immunity to be reached in the United States by June or July,” said Mr. Usman of Oliver Wyman’s Pandemic Navigator, which simulates day-by-day immunity growth. “That’s good news for the domestic market, but in the context of international travel, we do have to realize that it’s not just about one country — it’s a country at the other end as well.”

Factoring in the spotty vaccine rollout across the pond, Mr. Usman said it’s reasonable to assume that Europe’s herd immunity will lag several months behind the United States. Over the next several months, he added, European countries will follow in Iceland’s footsteps and open individually, complete with their own regulations about vaccinations, testing and quarantines. To spur travel across the continent this summer, the European Union is considering adopting a vaccine certificate for its own residents and their families.

For now, Ms. Lieberman, of Skylark, has adopted a “beyond the boot” mind-set: “Our theory is that if you’re willing to go beyond the boot — meaning, Italy — there will be fabulous, desirable summer destinations for you to take advantage of.”

Portugal surged in January but has recently eased lockdown measures as infection rates have slowed. The country is now aiming for a 70 percent vaccination rate this summer.

American interest in Portugal is spiking in response. In the first week of March, following an announcement that Portugal could welcome tourists from Britain as soon as mid-May, Hopper searches on flights from the United States to Lisbon rose 63 percent. (That’s not far behind Athens, for which travel searches shot up 75 percent in the same time period.)

As far as the final question mark: nabbing a good deal — or not getting boxed out — Adit Damodaran, an economist at Hopper, believes that as restrictions are eased, carriers will operate more flights to the reopened destination. Delta, for example, will next month start nonstop service between Boston and Reykjavik — and resume its Iceland service from New York City and Minneapolis.

“Unless demand spikes rapidly enough to outpace the increase in supply, flash sales can be found as airlines attempt to entice travelers to return amid piecemeal easings of travel restrictions,” said Mr. Damodaran. Icelandair, for example, is running sales on flights and packages through April 13.

And with prices for summer flights to Europe still relatively low in general — down by more than 10 percent from 2019, according to Hopper — experts see little downside in penciling in a trip.

“If you’re willing to take some risk, plan early and lock in your preferred accommodations and ideal itineraries,” Ms. Lieberman said. “But of course we caution you to be prepared to have to move deposits and dates if it comes to that.”

Sarah Firshein is a Brooklyn-based writer. If you need advice about a best-laid travel plan that went awry, send an email to [email protected].