After a day exploring Cuba’s capital Havana, Kevin Rohrer and his girlfriend returned to the dock to reboard their cruise ship Norwegian Sky. 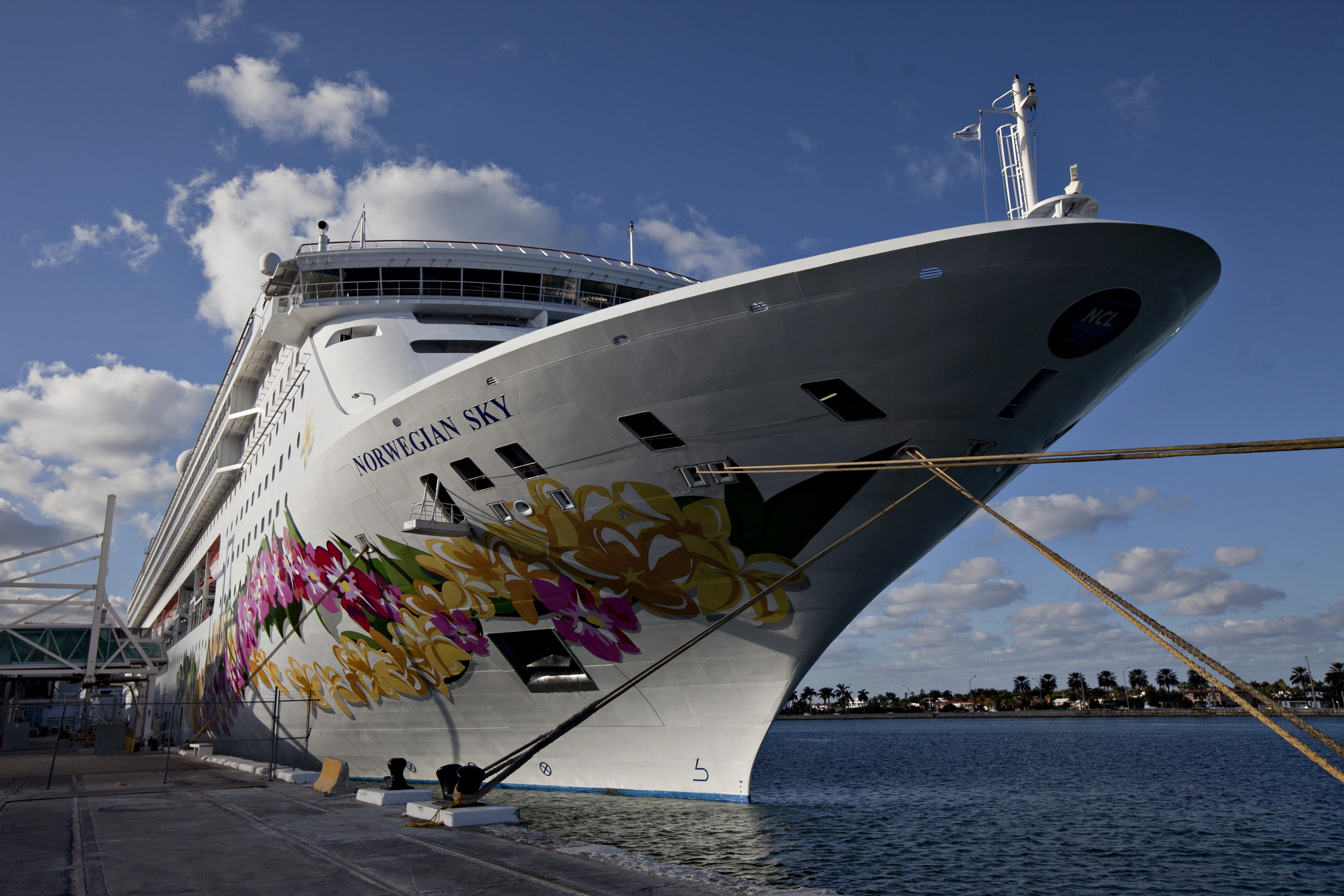 It was scheduled to leave Havana at 5pm so the couple made sure to arrive at the dock by 3.30pm.

But when they got back, they were met with a stomach-sinking sight: the ship was gone – Norwegian Cruise Line had apparently stranded them in a foreign country.

In a complaint to the cruise company Norwegian Cruise Line, Mr Rohrer said: “It was a frightening situation. We were devastated."

The couple managed to buy two tickets home, but despite their outrage, they won't be compensated according to Michelle Couch-Friedman from consumer rights group Elliott Advocacy. 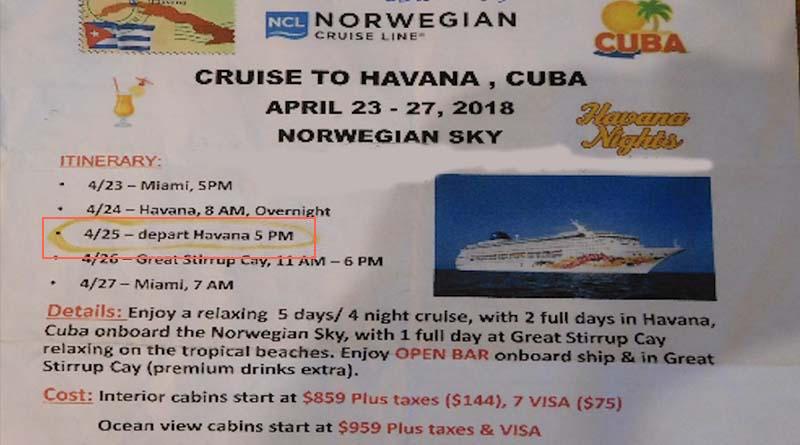 After some digging, she discovered that while the original itinerary confirmed the 5pm departure, Mr Rohrer was also sent a newsletter that said passengers should be on board at 1.30pm.

It appears the company had tweaked the itinerary and notified passengers in the daily newsletter but Mr Rohrer told Elliott Advocacy he didn't have the chance to read it before becoming stranded.

He said: “I provided that figure showing the time of ‘all aboard’ news flyer that was sent to our cabin while we ate breakfast on the boat the third day (second day for Cuba).

“But I didn’t get to read it at the time of discovery (we had a tight schedule with the Cuban Tour Advocacy). 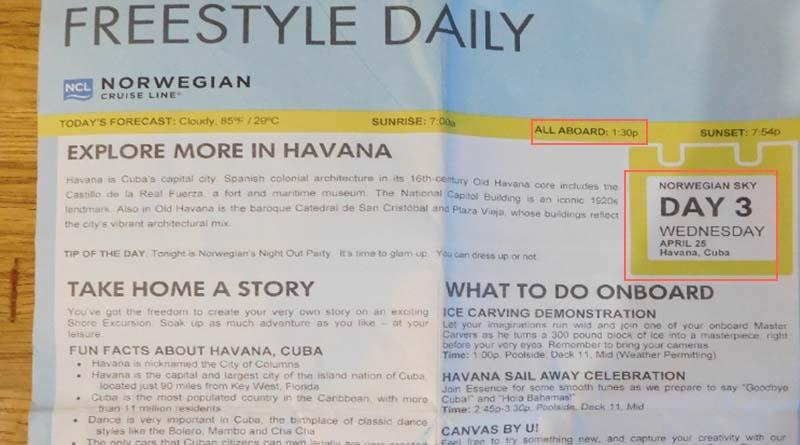 "I had folded that flyer and put it in my pocket during our disembarkment from the ship. I read that flyer while waiting for a flight out of Cuba.”

In its response to Mr Rohrer’s complaint, Norwegian directed him to its terms and conditions, which reads: “In all ports of call, it is also the guest’s responsibility to be back on-board the ship no later than one (1) hour prior to the ship’s scheduled departure time.

"Please be aware that shipboard time may differ from the port of call and it is the guest’s responsibility to follow the shipboard time.

"In the event a guest misses the ship, it will be the guest’s responsibility to pay all expenses incurred to rejoin the ship.” 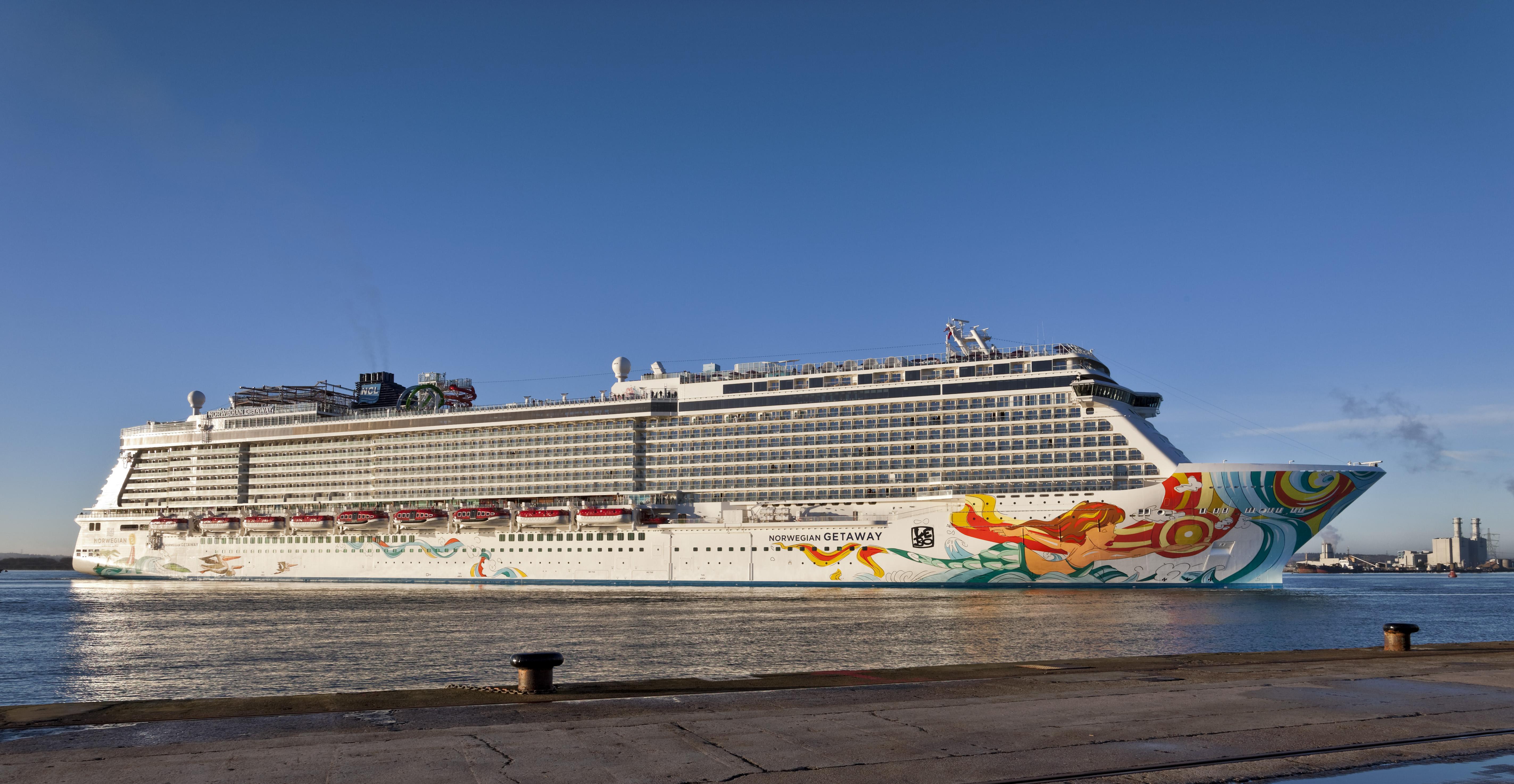 In a statement to Ms Couch-Friedman, Norwegian said more than a month before the Havana stop, the company notified guests of the time change and circulated it on their e-documents.

The company added: “Additionally, the day before calling into Havana, the Cruise Director announced the new time repeatedly throughout the day and additional signage was placed on the gangway for all those disembarking to see.”

Mr Rohrer maintains he didn’t hear of any change to the schedule.

According to Ms Couch-Friedman, Norwegian Cruise Line’s contract of carriage made it clear that when you booked a cruise, there was never a guarantee the itinerary would stay the same.

Other cruise companies have similar disclaimers in their contracts of carriage.

She said it was essential all passengers remain aware the cruise schedule could potentially change and added: “This is especially important if you have booked your own shore excursion.

“It may cost a little more money to book the excursion through the cruise line, but you can be certain that the boat won’t sail away without you during your adventure.

“In the end, it’s the traveller’s responsibility to know when to be back on-board that ship. If you miss your cruise home, unfortunately, there’s no one to turn to for a refund or reimbursement.”

Mr Rohrer is understood to have been in contact with a lawyer over the incident.